From £25,0008
Stylish new Peugeot 508 tested on UK roads for the first time. Is it good enough to lure buyers away from premium-badged rivals?
Open gallery
Close

Well, it’s not a compact crossover or an SUV (shock, horror), and it isn’t a dinky little supermini, either. No, this rakish new Peugeot 508 is, in fact, a large saloon (remember those?) and this is the first time we’ve been able to have a go in one on UK roads.

Of course, we’ve driven the Peugeot 508 before. That was on its international launch in France, where Matt Prior summed it up as being a car that didn’t have any obvious issues that’d dissuade you from buying it, but also didn’t really offer any distinct reasons why you’d want to buy one over and above its rivals. It was good, then, but not outstanding.

The variant we tested in France was the range-topping GT model, with a 174bhp 2.0-litre diesel engine under the bonnet. This time around, we’re driving the model that Peugeot expects will be the most popular with us Brits: the 1.6-litre, 178bhp PureTech petrol in GT Line specification. 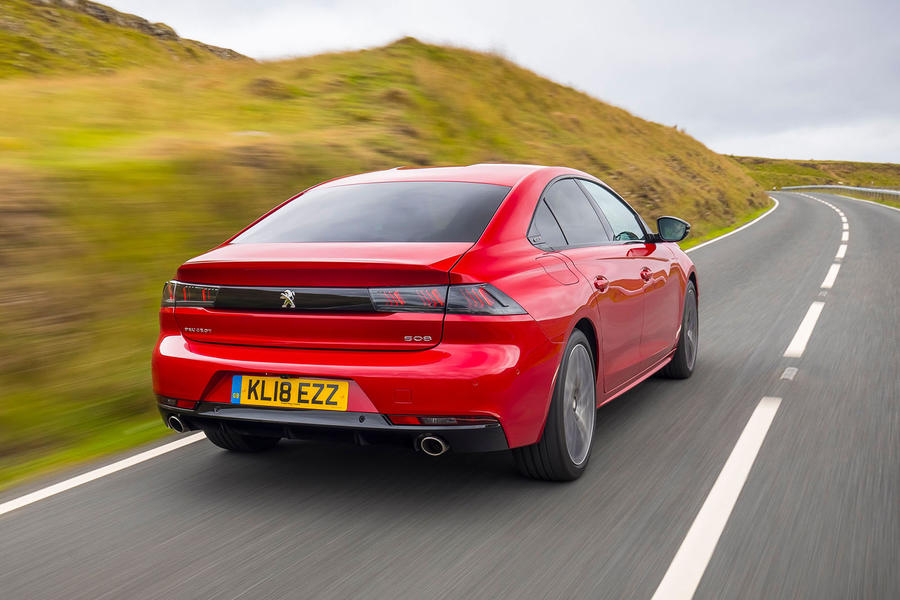 Standard kit for the money is decent, with a wireless smartphone charge pad, ambient interior lighting and the usual suite of infotainment goodies, among numerous other features, all present and correct.

There can be no denying the 508 is a smart-looking thing, either. There’s the sharp front end, a low roofline that’s just 1.4m off the ground and, of course, that sloping roof that adds a coupé-esque look to the profile. Its overall length of 4.75m also means it’s quite a compact car.

The cabin, or i-Cockpit as Peugeot refers to it, has really come into its own in the 508 too. The small steering wheel sits a touch too low for some, but the generous use of soft-touch materials on the dash, the layout of the infotainment system with its piano-key controls, the 12.3in digital instrument display and the combination of gloss black and brushed metal panelling all make for an aesthetic that’s very pleasing indeed. It is perhaps not as slick as that of an A4 or a 3 Series and certainly some way off a Mercedes C-Class, but impressive nonetheless.

Peugeot’s active suspension - comprising MacPherson struts at the front, a multi-link arrangement at the rear and adaptive dampers all round - lends the 508 very agreeable on-road manners. Its primary ride is calm and pliant, with undulations only leading to a small degree of vertical body travel and sudden compressions are soaked up with little bother, particularly in the Comfort drive mode. The optional 19in alloys that our test car rode on did make for a secondary ride that was a bit juddery at times, though certainly not harsh enough to make it any worse than its competition. We tried the 508 on 18in alloys, too, and the ride was only marginally better in this regard.

The steering, at 2.5 turns lock-to-lock, is medium in terms of pace, and while it does weight up nicely at speed (it’s very light and floaty indeed at lower speeds), there’s little in the way of communication to be gleaned here. Still, that’s not to say it’d dissuade you from driving with a bit more in the way of enthusiasm on a windy road. In fact, in Sport mode - which adds even more weight to the steering, tightens up body control further and sharpens throttle response - the 508 is a reasonably enjoyable thing to hustle along. Enjoyable, yes, but not exciting.

As for the powertrain, chances are you won’t find yourself wanting in terms of performance. Peugeot’s claimed 0-62mph time of 7.9sec feels reasonably accurate, while exercising the entire length of the throttle pedal’s travel doesn’t lead to an overly vocal protest from the engine either. The eight-speed automatic transmission is generally very smooth, too, aside from a hint of hesitancy at lower speeds. That said, it’s still far tidier than VW Group’s DSG 'boxes are in this regard. 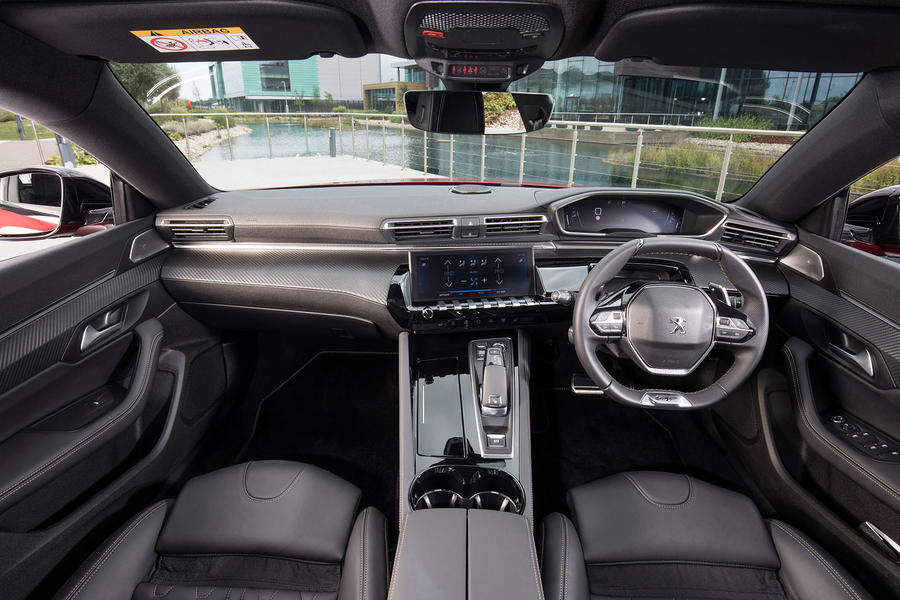 It would seem that Peugeot’s made a well-rounded, handsome and well-appointed car. And if that’s what you’re after, then you should go and buy one. Or a 3 Series. Or an A4. Or even a Ford Mondeo, which will do basically everything the 508 does, only for considerably less money.

As is often the case, whether you’d want one of these will boil down to personal taste. Some will find the idea of an attractive French saloon a very appealing one indeed, while others might prefer theirs to have a distinctly more German flavour. This tester, for one, rather liked the 508.

That it’ll hold its value better than the Audi or the BMW is an added bonus. French saloons have long been hamstrung by residual values that plummet like stones, but the 508 is expected to retain 41% after 36,000 miles and three years of ownership. By comparison, the current 320i M Sport and A4 S Line will both retain just 38%. That’s got to count for something. 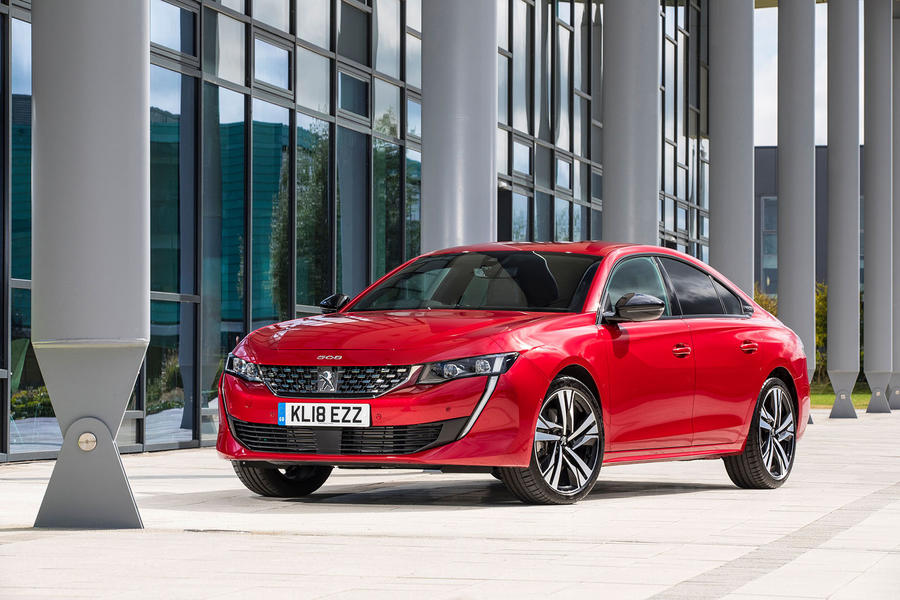 As the former owner of two Peugeot 405s who currently drives a BMW 320D MSport I have been hugely disappointed with Peugeot's recent offerings and to my eyes the 508 just another blancmange-like Pug that is destined to underachieve. I find it incomprehensible that a manufacturer that made such excellent drivers cars like the 205 or the 405 can pitch the 508 against the 320, A4 or C-Class.

Peugeot can do better than this.

Doesn't matter how many doors it has zeddy in the industry we segment all cars for simplicity and this will fall into D segment saloon.
289 20 September 2018

Doesn't matter how many doors it has zeddy in the industry we segment all cars for simplicity and this will fall into D segment saloon.
View all comments (21)