The Nissan Rogue five-seat SUV is comfortably the company’s biggest seller in the USA and Canada, competing against the likes of the Honda CR-V and Toyota RAV4. It’s more familiar to Autocar readers as the X-Trail, which is sold in Europe with different powertrains and the option of seven seats.

North America has an all-new Rogue for 2021, based on the Renault-Nissan-Mitsubishi Alliance’s updated CMF-C platform. In summer 2022, this new generation will arrive in the UK in X-Trail guise with a folding third-row option.

Unusually for a new model, the Rogue is 38mm shorter and a smidge lower than its predecessor. The styling is familiar from the outgoing model through details like the gently sloping roofline and kicked-up C-pillar, but the front end is noticeably more squared-off than before.

Every Rogue comes with a 2.5-litre direct-injection petrol 4-cylinder as standard. This relatively new engine brings small power and torque increases over the old motor but won’t be seen in UK X-Trails, where the current options are smaller-capacity petrol and diesel turbos. An ePower hybrid is on the way in 2022 X-Trails but has yet to be confirmed for the Rogue. All-wheel drive features in 75% of Rogues sold in Canada, including our mid-range, SV-spec test car, but front-wheel drive is also available and likely to be a more popular choice among UK buyers. 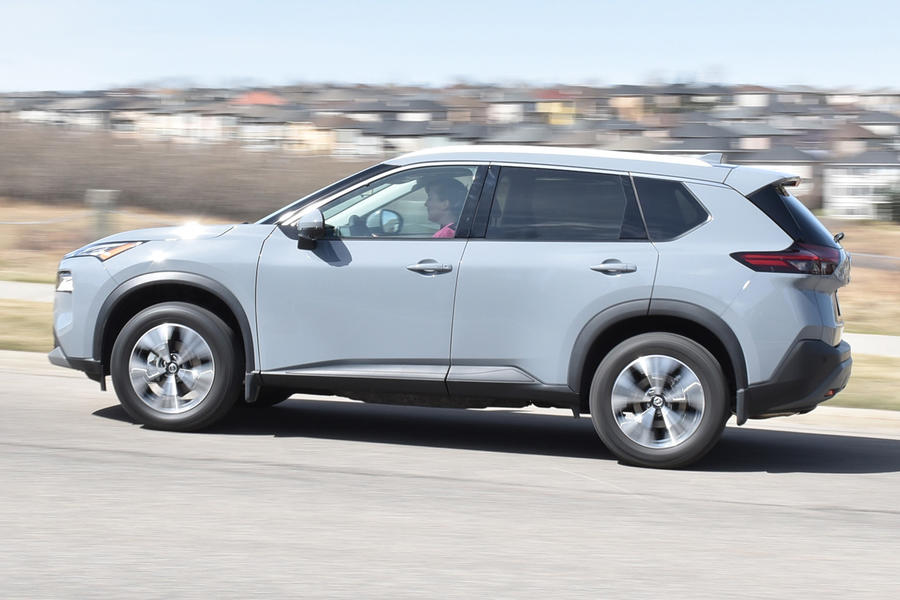 The revised looks are sharper than before but arguably not as distinctive (nor perhaps as polarising) as a Toyota RAV4’s. The test car’s on-trend Boulder Grey paint contrasts nicely with the darker, UV-cutting glasshouse, angular LED lamps and running lights.

Our SV’s grey cabin could have used a splash of colour but still looked smart. The interior is well screwed together and the leatherette seats comfortable, although some drivers may find the front seat backs a little narrow. There’s generous head- and legroom for rear-seat passengers and a good-sized boot.

The main controls are well located. HVAC switches sensibly remain as conventional buttons on the dashboard, rather than being amalgamated into the 9.0in touchscreen. The screen is larger than previously and now sits atop the dash, placing it more readily into the driver’s line of sight. The infotainment system includes support for Apple CarPlay, Android Auto and Google Maps with voice recognition.

Improvements to the CMF-C platform have elevated the Rogue’s on-road performance. New chassis elements include electric steering assistance on the rack instead of the column. That switch is usually one for the better, and so it is with the Rogue, whose surprisingly sharp steering avoids the over-assistance trap and provides more credible competition in the feel stakes than before.

Meanwhile the suspension is more rigidly mounted and there’s a new a multi-link rear setup. Again, the changes move the dynamic performance in the right direction. The Rogue is composed over poor surfaces and does a good job of suppressing roll, pitch and heave. It’s a pity then, that there is so much tyre noise from the Hankook all-seasons on 18in rims. Note that European-market X-Trails will have the suspension retuned in line with local tyres and tastes.

The engine is uninspiring but delivers sufficient torque when you need it, while the CVT doesn’t whine as much as some. Gear selection is via a new electronic shifter that frees up useful storage space under a ‘floating’ centre console. Sport mode provides artificial steps in the CVT via steering-wheel paddles, as well as sharper throttle and heavier steering. Perhaps more useful in Canada, even during our April test week, is the AWD’s Snow mode. 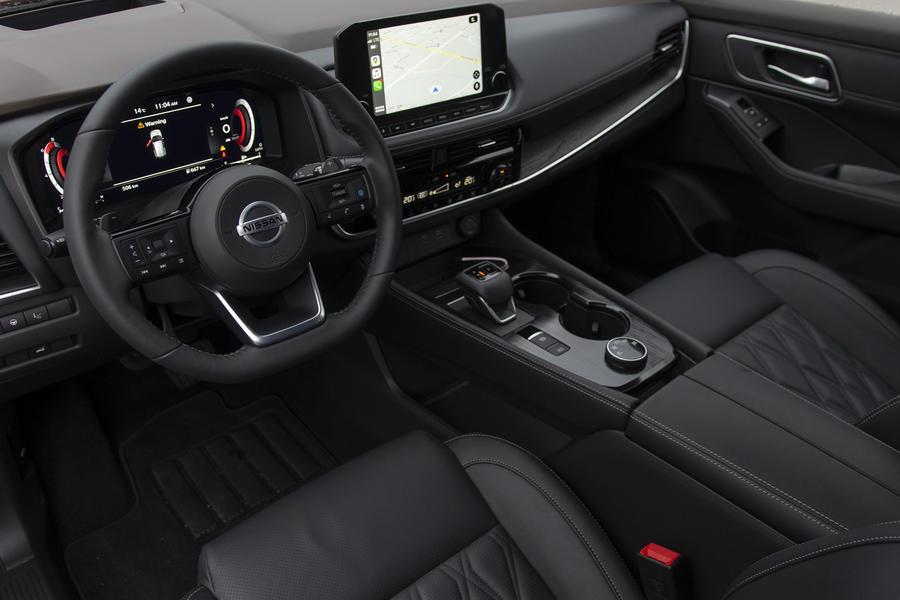 Exact specifications for the X-Trail have yet to be revealed but the Rogue provides a good indication of what to expect when its UK counterpart arrives next year.

On this evidence, the ride and handling should be a step up from the outgoing model and, especially with the ePower hybrid drivetrain, the overall package should provide Nissan with a stronger challenger in a class bursting with well-sorted opposition. 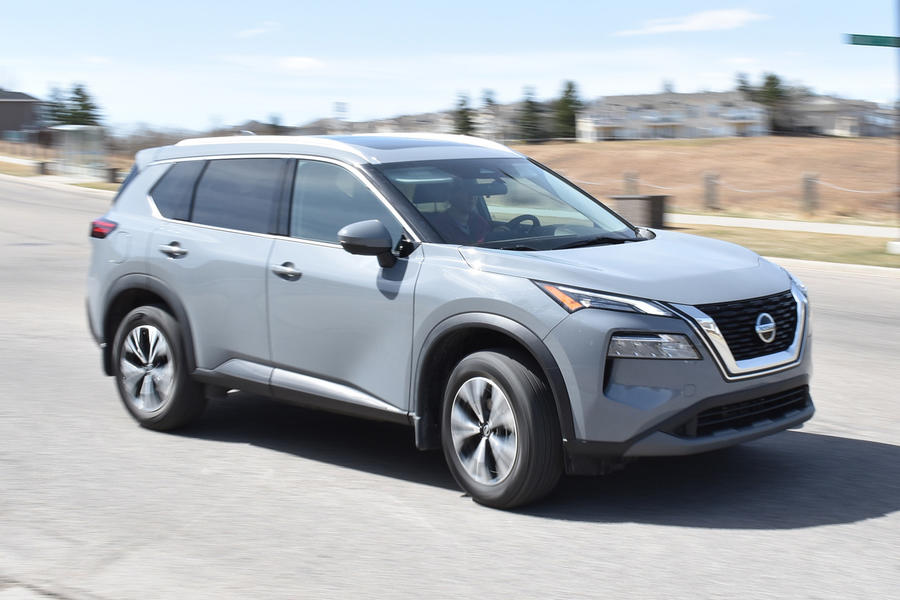 Log in or register to post comments
Cobnapint 1 May 2021
Even if it were the last transmission on earth, I still wouldn't by a car with CVT.
BlahBlah43 27 April 2021
CVT blah
adrian888 27 April 2021
If it does not have 4wd and cannot tow a decent weight then Nissan will loose a significant number of sales in the UK.