When discussing the UK debut of the new Mini Electric, the company’s Oxford bosses see no case for modesty. “We believe this launch will be a tipping point for the adoption of electric cars in this country,” declares David George, head of the marque.

At the UK launch event in Oxfordshire, there was a strong consensus that George is right. The Mini’s arrival in battery form will be a bigger market event than any of the other two dozen electric debuts this year – and arguably the biggest since the Jaguar I-Pace two years ago.

The company has adopted a new way of selling its electric model. There are just three equipment levels, each with a fixed specification and price, but within each, there’s a choice of colours, trim and wheel styles and personalisation touches. Even the Level One car is well equipped (LED headlights, climate air-con, a new-design digital dashboard, rain-sensing wipers and automatic lights).

The top-spec car has a panoramic sunroof, a Harman Kardon hi-fi and a choice of five alloy wheel styles. Taking into account the current government electric car grant of £3500, prices start at £24,400 and rise to £30,400. Mini marketers initially expected the ‘sensible’ Level Two car to sell best but early adopters – 70% of whom have never owned a Mini before – are mostly choosing Level Three.

Inside, the digital screen may be all-new, and packed with information about power use and remaining range, but controls and switchgear are otherwise reassuringly similar to existing models.

The Mini Electric’s 181bhp, 199lb ft hybrid synchronous electric motor comes from the BMW i3s, but drives the front wheels instead of the rears. The notably compact motor and its power electronics are enclosed in a crate-like alloy frame designed to arrive at the production line as a sub-assembly that uses the same mountings as a conventional, internally combusted Mini engine.

The lithium ion battery (which has 28.9kWh of usable power, compared with closer to 50 for a Renault Zoe) is formed into a T-shape, with most of its mass in the fuel tank space under the rear seat and the rest running down the centre of the car. All up, a Mini Electric weighs 1326kg – 145kg more than a comparable Cooper – but its weight distribution is almost exactly 50:50. 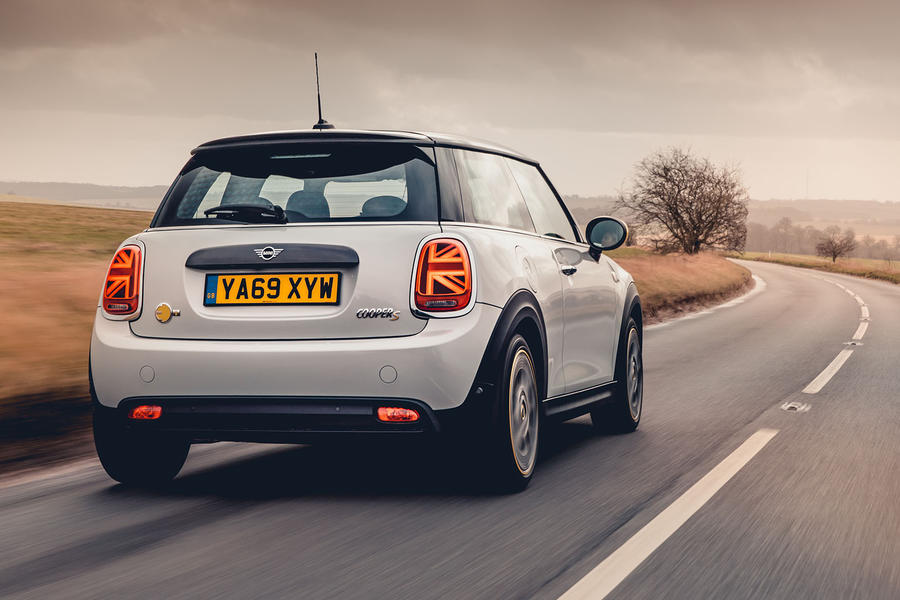 On the road, the car is very Mini-like, except that the powertrain noise is almost imperceptible and the car feels especially ‘planted’.

Even though it rides fractionally higher than a standard car, the Mini Electric’s low-mounted battery gives it a centre of gravity that's a net 3cm lower. Despite its weight gain, the car can run a 0-62mph time of 7.3sec. That's only 0.4 slower than a Mini Cooper S.

You’d expect all of that torque to lead to wild wheelspin off the mark, especially in the wet, but the car has a brilliantly accurate and notably quick-acting traction control system that tames slip completely, keeping the Mini perfectly on line even when you’re deliberately provoking it. Few cars, regardless of price, steer as well or hold their line as accurately.

The Mini Electric (which has four driving modes) can be driven with confidence and verve anywhere, although the official 144-mile range soon dissolves to more like 110 miles if you really use the car. Mini people acknowledge that a short range is one of the car’s few points of serious criticism but unpack the usual argument about a bigger battery meaning greater cost and weight, both of which are inappropriate when most people drive far less than 50 miles a day. 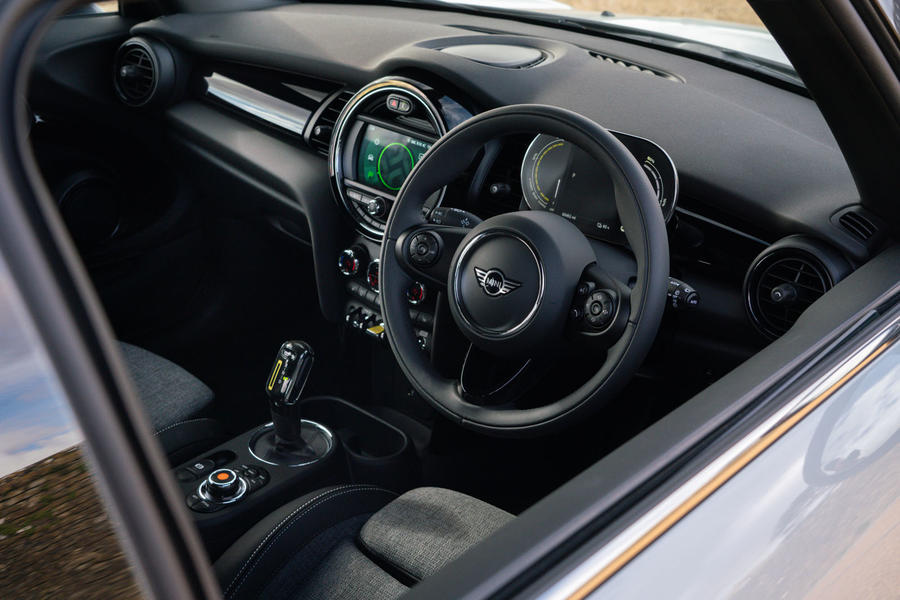 In any case, buyers are unlikely to be deterred. The Mini Electric has huge charm, excellent quality and terrific driving characteristics (leaving aside a niggle about a lumpy ride on British back roads) and there is bound to be a strong continuing demand.

George is right: this car’s key role will be to sell the electric ideal to Britons who never previously considered it. 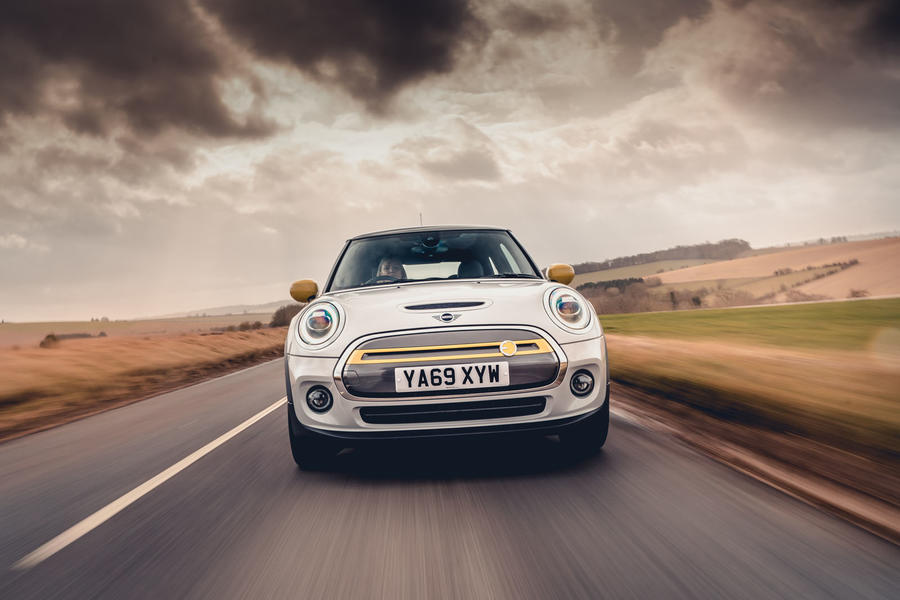 This is very comparable with

This is very comparable with the honda e so surprised that the honda isn't listed as a rival, both are premium products with limited range but would suit me if only they were cheaper. Be good to see a comparison test of this the honda and the other small EVs.
catnip 26 February 2020

Living on the outskirts of a

Living on the outskirts of a large city, and with mostly local driving, this would suit me down to the ground. I can't get on with the bulk of this generation MINI, though, but hopefully, if what they say is right, the next one will be designed to be electric only and more compact. There aren't any comparable 3 door electric models on the market at the moment so I'll stick with my second generation petrol model for now.

I wonder how many of those

I wonder how many of those orders are destined for outside the M25? Not many I bet. Within its ideal of course if you can access a charger, should be workable.

Would rather have the Honda even though more expensive..way cooler.