Land Rover expects around a quarter of all new Land Rover Defender sales to be of this commercial Hard Top variant, which revives a nameplate first used by the brand in 1950. While regular Defender buyers favour the 110, the short-wheelbase 90 is expected to account for the bulk of Hard Top orders, in part because it has few rivals as a compact van with genuine off-road ability.

The changes to turn the Defender from passenger to commercial vehicle (CV) extend far beyond stripping out the rear seats. A reinforced bulkhead separates the cabin from the storage area, which is finished in durable materials with hooks and other loading aids. The 90 version offers 1355 litres of capacity with the 110 able to accommodate 2059 litres. There's also 58 litres of lockable underfloor storage, with another 155 litres of underfloor storage in the front cabin of the 110.

Because such things matter for commercial vehicles, the 90 Hard Top has a load floor width of 1326mm, with an ability to house loads of 1031mm in length; those rise to 1423mm and 1472mm respectively on the 110, which will fit one standard Euro pallet.

While the back is pure utility, the cabin balances practicality with touches of premium comfort. Hardwearing materials abound, and both sizes of vehicle can be optioned with a third, jump seat, but many of the comforts and features of the regular Defender are present, including the later version of Land Rover’s Pivi Pro infotainment. The Defender’s raft of driver assistance systems also easily overcomes the reduction in visibility from the lack of rear windows. 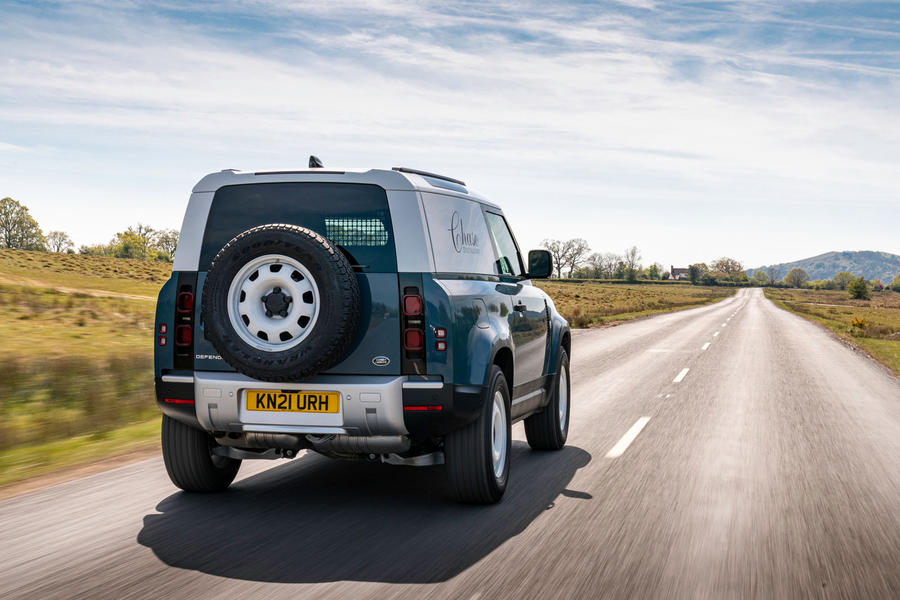 On the road, the Hard Top remains as refined and composed as we’d expect of the latest Defender. In the 90 Hard Top the D200 diesel is largely smooth and comparatively quiet, with enough torque to aid business use of a vehicle with up to 3500kg of towing capacity.

With the likely usage of many Defender Hard Top vehicles as true workhorses on industrial sites, the ability to work off-road is vital. And with its all-wheel-drive powertrain and twin-speed transfer 'box, the 90 Hard Top proved just as capable as the passenger version when we took to a rought and rutted off-road course. The comparatively short wheelbase of the 90 meant it was easy to place, and assistance features such as the ground-facing cameras helped to avoid any particularly major obstacles.

Our time in the 110 D250 Hard Top was mostly spent on road, but it provided a similar strong mix of smooth performance, and easy, pliant handling.

Both the 90 and 110 were pleasant vehicles in which to spend time, too. The upholstery and interior trim is clearly focused on durability and function rather than outright comfort, but you'd certainly have no complaints at spending prolonged periods in them. The optional jump seat, which can be folded down into a central cubby when not in use, add options too.

The lack of rear windows does somewhat restrict side and rear visibility, but commercial vehicle drivers will be used to dealing with that. And the optional digital rear view mirror allows for a clear view behind you even if you have the rear load space filled from floor to ceiling. 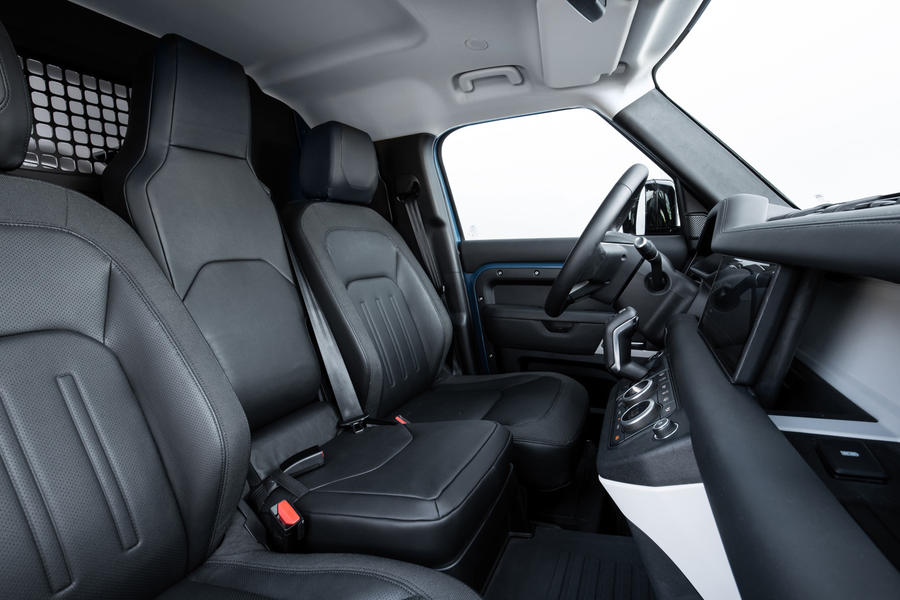 Whether in 90 or 110 guide, the Defender Hard Top offers a strong balance for those who need a CV that works on and off road, and that blends practicality with comfort. How it matches up its many rival, which range from similar commercial versions of off-roaders to small vans to pick-ups, will likely be an economic decision that depends on your business needs.

But while picking a CV is largely an economic and commercial decision, given that many CVs are moving billboards as much as workhorses, the Defender Hard Top does have another major selling point. The continued popularity of previous-gen commercial Defenders shows that many business owners are keen to link their companies to the Defender's rich heritage.

Certainly, few CV rivals will draw as much attention as the Hard Top given its retro-infused shape - especially when finished with a two-tone paint scheme, 18in steel wheels and signwriting on those big side panels. 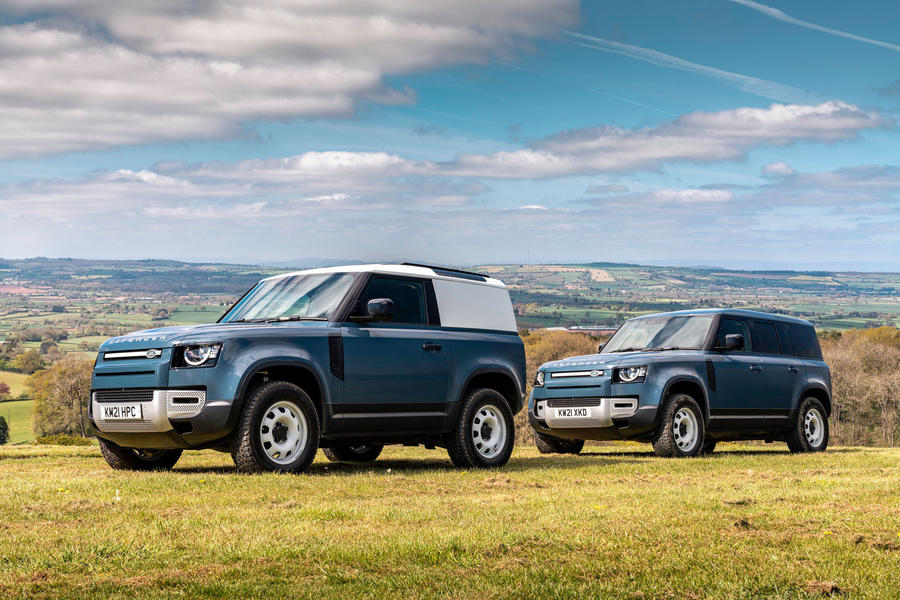 Should you buy a new diesel SUV?  No of course not!  JLR themselves say that they will go all-electric by 2025. That's only 4 years away!  The value of diesel SUVs is going to plummet.  Both those middle-class darlings, diesel SUVs and wood-burning stoves, will be socially unnaceptable by then anyway, so there will be a double-whammy.  Meanwhile, all the smart money will be going towards electrified commercial vehicles.  For the sake of your wallet, do the research into the pollution implications and ditch diesel.

The Apprentice 6 May 2021
Ideal for picking up one of your sheep if the darling gets a bit tired, only the poshest sheep though, the ones that wipe their feet before getting in your 45k interior. More seriously this could well appeal to rural vets, utility engineers, surveyors and such with moderate equipment to carry.
TStag 5 May 2021

@LucyP - I'd rather they copied the Japanese than the Germans for reliability. My BMW has 3 recalls on it and the interior trim has had to be replaced because it scratches if you breath on it. So let's not reference Badly Made Wagons please.