From £40,4009
Uncannily comfy for what it can do off road, and the new six-pot diesel engine suits its character perfectly
Open gallery
Close

Well, that’s interesting: roughly a year after introducing it, Land Rover has dropped the four-cylinder diesel engine from the Land Rover Defender. Which means that if you want a Defender that drinks its fuel from the black pump, you now have just one engine to choose from: the recently introduced Ingenium 3.0-litre straight six. Lovely stuff.

Jaguar Land Rover was extremely late to the party in launching this particular powerplant, but the firm is due credit regardless, because it has made a pretty sweet engine.

Under the bonnet of the Defender, it doesn’t sound quite as smooth or refined under lighter throttle loads than plenty of other straight-six oil-burners you could care to name, but it isn’t far off at all. 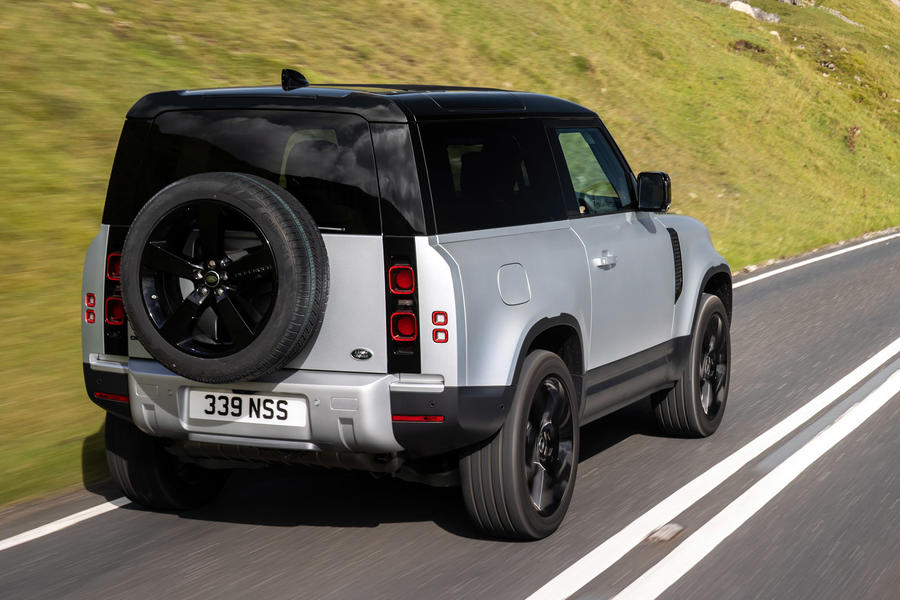 Performance is very decent, too, although while the Defender 90 feels fast enough to make its claimed 8.0sec sprint time appear legitimate, I wouldn’t go so far as to say that its acceleration seems entirely effortless.

Bury the throttle and you really get a sense of how much work the motor is having to do to shift the Defender’s 2.2-tonne mass and bluff, boxy body with a bit of urgency. It’s like you’re accelerating on really soft, viscous asphalt. It’s a little strange but impressive nonetheless.

Unsurprisingly, the engine’s torque arrives in one big, fat dollop, and as the revs spiral towards the redline, it quickly edges into breathlessness. It does sound good up there, mind, like a low-key, malevolent growl.

We’ve extensively covered just how capable the long-wheelbase 110 version of this 4x4 is in the wilds, and while this one stayed firmly on the road during our brief test drive, the same story no doubt applies. In fact, the Defender 90 would be even better, thanks to the superior breakover angle afforded by its shorter wheelbase.

In the context of that extreme off-road capability, the Defender’s cruising manners are all the more remarkable. At motorway speeds, our test car (fitted with the £1615 option of air suspension) was not only pliant and composed but impressively hushed, too.

Yes, there’s a bit of wind and road noise, but the latter is so subdued that I was genuinely surprised to discover our Defender was riding on fairly knobbly Goodyear Wrangler all-terrain tyres. Clever, that.

The same goes for the manner in which it’s happy to simply stay in its lane at pace; there’s way less need for those smaller steering corrections you almost constantly have to make behind the wheel of the rival Jeep Wrangler. This would be a very comfortable, easy car in which to cover big distances.

The Defender 90 handles in a really authentic fashion, too. Its steering is accurate and pretty meaty, so you have to be fairly deliberate with your inputs. It rolls about a bit as well, but in a controlled, natural fashion that’s really enjoyable. The traction and stability systems come down hard as soon as they detect a whiff of slip, but that’s as it should be, really.

As for the interior, well, there’s good space in both rows, although those in the back might feel a tiny bit short on head room. The boot is very small, but that’s the price you pay for those looks. 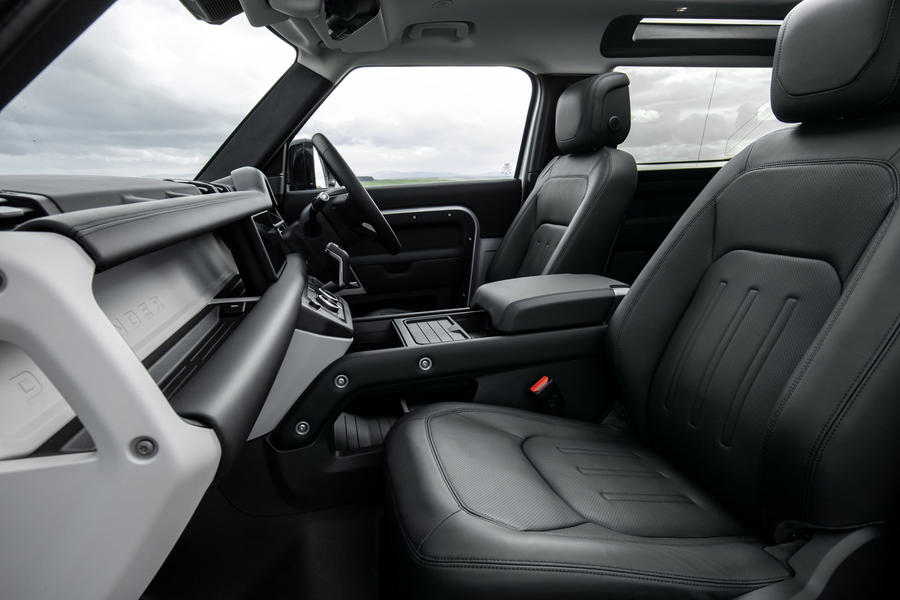 I was initially sceptical about the new Defender’s design, but the 90, particularly on white steelies, looks ace. 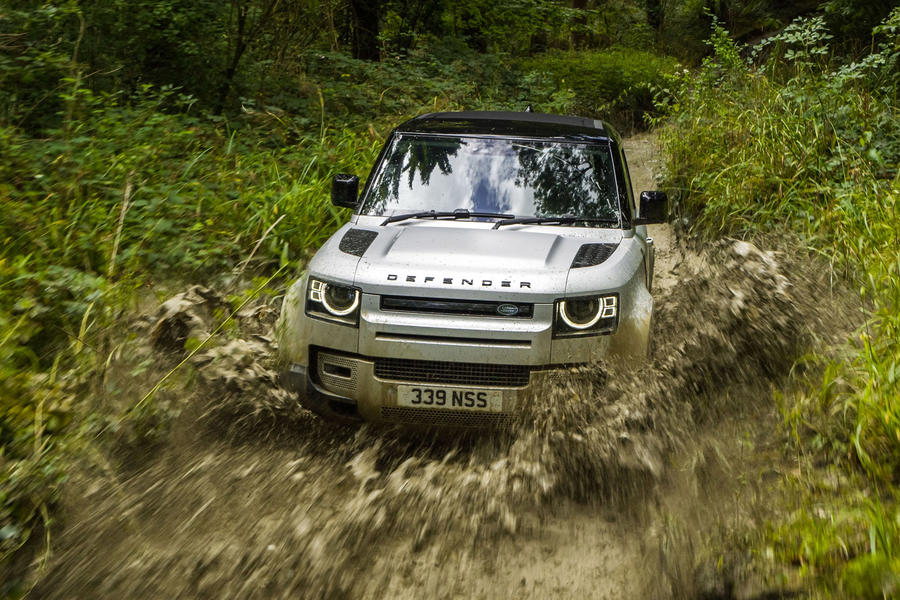 I wonder if the engine change is a response to the Ineos Grenadier, which will have a 3L six cylinder engine as standard. Qute strange to drop thje 2L diesel altogether though, a year after launch

Come to the conclusion, I don't like the looks of the new Defender -- this came to me after I saw few on the street, thus was able to see them properly. Something about the bulbuous ronded looks that doesn't work to my eyes.