From £21,7407
Ford joins the ranks of vans converted to homes away from home. How does it fare against rivals from Mercedes and Volkswagen?
Open gallery
Close

There’s a fantastic Eddie Izzard sketch where he sends up the committee deciding what the singer Arnold Dorsey should be called (Engelbert Humperdinck, as it turns out). Imagine what options Ford went through to get to the Nugget…

The Nugget is Ford’s answer to the Mercedes-Benz Marco Polo and the original of the group, the Volkswagen California. All share van underpinnings with clever folding roofs. In the case of the Ford, it’s an L1 Transit underneath with a Westfalia-made pop-up roof, the same people who build the Marco Polo’s. Up front sits a 2.0-litre diesel engine with a reasonable 182bhp and 306lb ft, which drives the front wheels via a six-speed auto ’box a. A 0-62mph time isn’t quoted, but it feels on par with the Marco Polo. 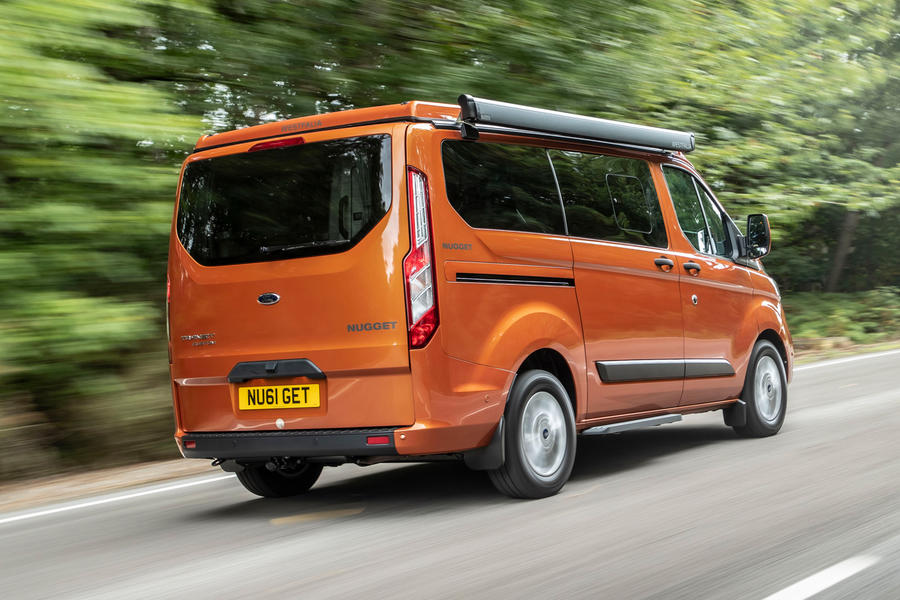 The diesel isn’t as quiet as the Mercedes’, but it’s punchy enough and, with the six-speed auto, it’s an easy van to navigate along a road. The ride is disappointing, being too springy and firm, but you can understand why it’s like that when the Transit platform is designed to take loads of just over a tonne. Ford hasn’t altered the springs for the Nugget, figuring that if the 42-litre fresh and waste water tanks are full, the van needs to be able to cope.

But how it drives is largely irrelevant. Instead, it’s all about how it works parked up, and in that respect, the Nugget matches its rivals. Where the VW and Mercedes are almost twin-like in their interior layout, the Nugget places the kitchen area at the very rear, separated from the living/seating area.

It works well, giving a bit more delineation between the two spaces. There’s a 40-litre fridge and two-ring gas hob back there, along with a sink and hot/cold tap. It even has a cutlery drawer for a little added civilisation. One word of warning: the fridge is incredibly effective. We set it at five and three hours later our milk was frozen solid.

The outside shower is good but the middling pressure is definitely more set up for simply washing the salt water off.

Wardrobe space is adequate for a family of four for a weekend. Careful packing and constant tidying up are two essentials, but the Ford is no better or worse than rivals in this regard. The marketing shots all show fresh croissants and neatly arranged napkins, but I can assure you that Nugget-life with two small children is not that civilised.

It runs a manual roof (no automated one is available unlike on the rivals), which is quite heavy to lift, despite the assistance of the gas struts. And don’t panic: there are locks so there’s no danger of being flattened in the night. There’s a ladder by the sink to clamber up, with a reasonably comfy foam mattress to lie on.

The roof is definitely the better place to sleep. The lower bed is a fiddle to set up, with lots of shoving and re-arranging required, and it’s pretty firm once in position. But wherever you are, with the curtains and front pop-in screens in place, the Nugget’s interior is pitch black. If it weren’t for the hooligans in the next door space, we’d have slept soundly all night long. 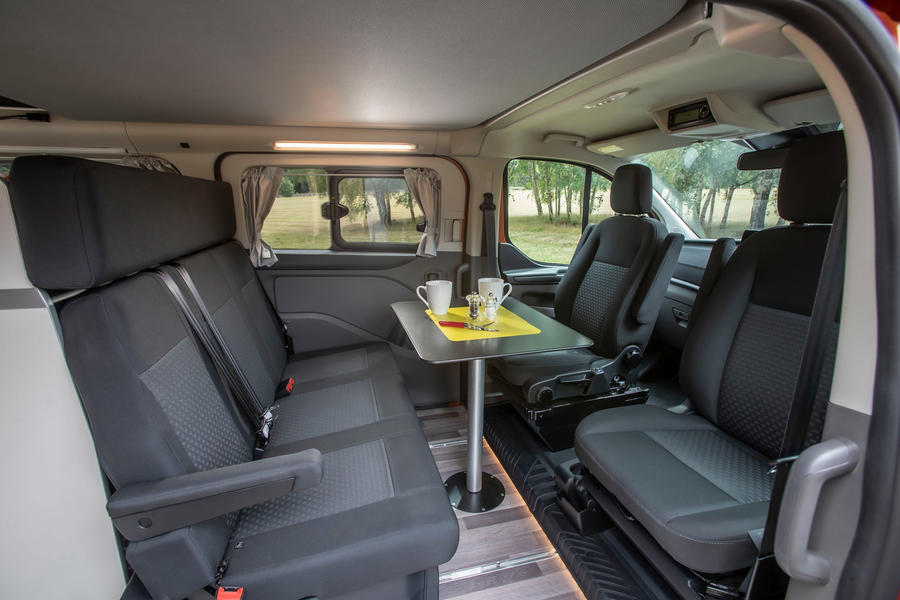 The elephant in the room is the cost, as ever with these: the Nugget is approaching £70,000 and doesn’t even come with air conditioning as standard. As a novelty, though, it’s hard to beat, and with the slightly different arrangement, it does at least offer an alternative to the Germans. With the staycation zeitgeist, Ford should do well with it. 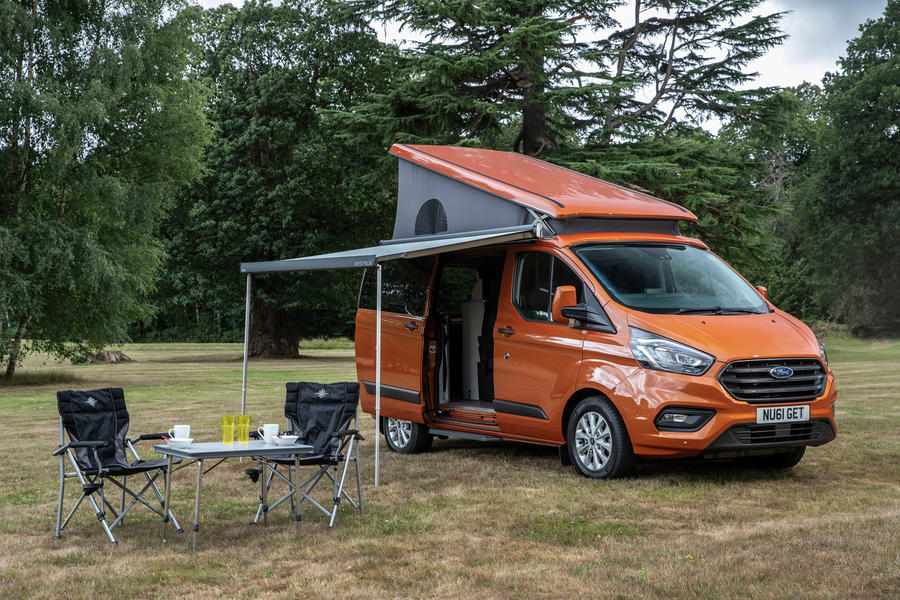 People don't see the value because their brains can't put 'Transit' and £70k together. As others have said, £70k will get you a decent but hardly exceptional SUV... and there's a lot more utility in one of these.

Who does the conversion on these van based motorhomes, Mulliner Park Ward? £70k!