Dial M for Modificata, the letter that Ferrari uses, now and again, to indicate significant enhancements to a model.

This time, it’s the Ferrari Portofino, the entry point to Ferrari’s range, which has a front-mounted V8 but not a fixed roof like the Ferrari Roma – nor the Roma’s looks, which still make Autocar’s photographer swoon uncontrollably.

In detail, then, the 3.9-litre flat-plane crank, twin-turbocharged V8 now needs a petrol particulate filter to meet emissions regulations. That costs it around 20bhp but, as Porsche found with the previous 911 GT3 RS, the muffling effects negate the need for a rear set of silencers.

And because the Portofino’s engine is at the front and the filter needs to be close to it, the exhausts can run down each side of the propshaft, around the transaxle transmission and then exit without any huge interruption, so the diffuser canbe more sculpted and racy-looking, giving some space over to fresh air.

Then the valve openings are increased by around 1mm on both intake and exhaust valve sets, adding 40bhp or so, making for a net gain of 20bhp (from 592bhp to 612bhp).

The rear wheels are driven via an eight-speed (rather than seven- speed) dual-clutch gearbox (with 4%-shorter ratios through to seventh, then a longer eight for better cruising economy), through an electronically controlled limited-slip differential.

The driving modes range from Wet through Comfort, Sport and Race (which is new) to ESC Off. The aforementioned new software map in Race is called Ferrari Dynamic Enhancer, and it’s aimed at making the Portofino more controllable at thelimit. It sounds like Ferrari’s Side Slip Control but with a less heroic name. 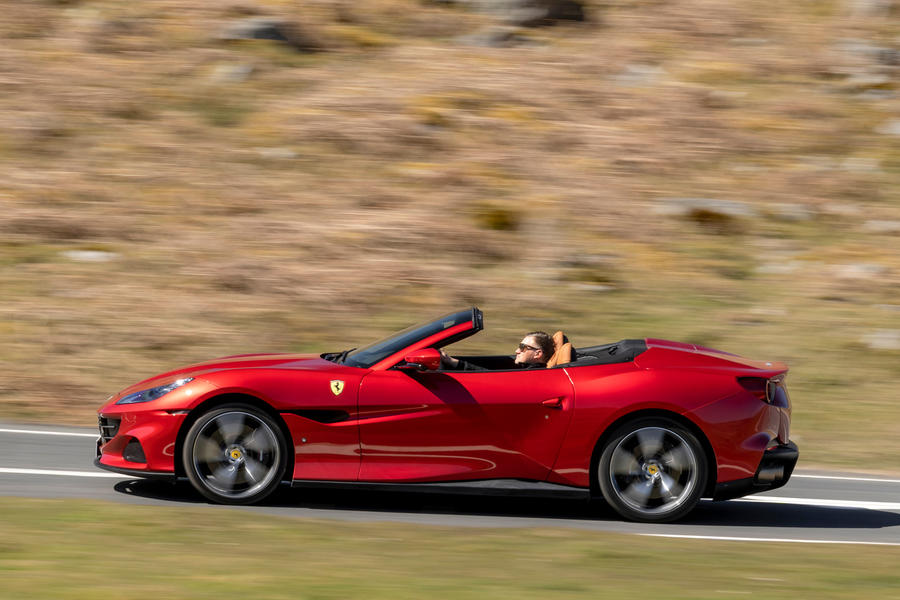 Inside, there’s still a big analogue rev counter front and central, which I consider a welcome retention after trying the Roma’s fully digital layout. But there’s also a new touchscreen in the dashboard’s centre and one for the passenger, while the wheel keeps physical (rather than haptic) buttons and is no worse for it. There are still rear seats, too, but mainly for bags.

I came into this with very little exposure to the original Portofino but quite a lot to the Roma. Its character isn’t entirely Roma cabriolet, but you can feel the inherent Ferrari characteristics that put it at the sharp end among its convertible peers.

The steering is very quick and, compared with that in comfier posh convertibles (Bentley’s Continental GT, say), hyper-responsive, bringing about really rapid direction changes with little build-up in weight or feel.

That would be unsettling in some cars, but the ride is flat and composed and the front wings being visible means that, even in left-hand drive on tight British roads, the Portofino M is easy to place and easy to enjoy.

With the roof up, you don’t get even an inkling of body flex, either. It’s just an alert, capable machine, albeit with a little tramlining on bad surfaces. 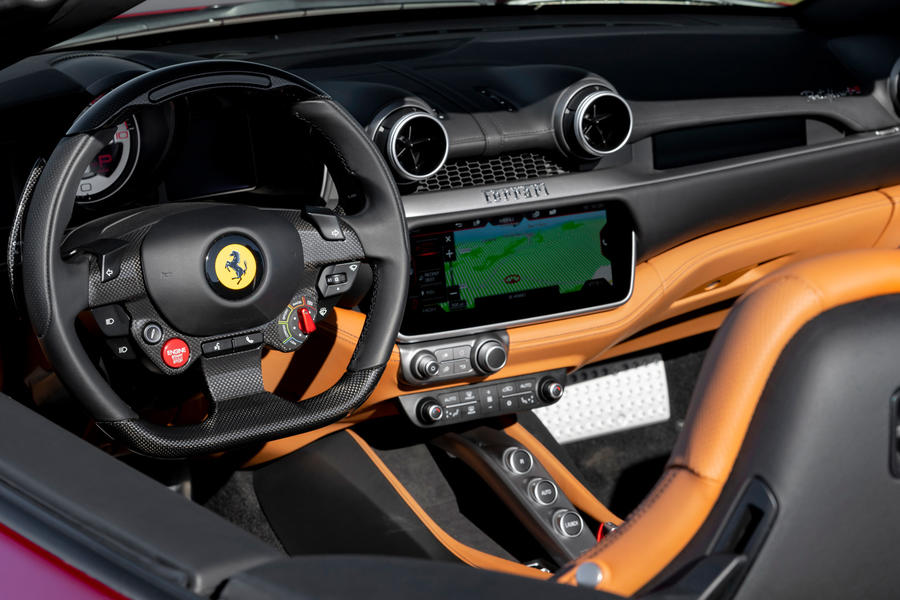 Marketing videos will show it cruising on sunlit Italian lakesides; but unlike, say, the Mercedes-Benz SL, it feels rather at home when being threaded at speed along good driving roads. Its engine is lively, its gearbox more so and its brakes, with their revised feel, are really responsive.

Like the Roma, then, the Portofino M is at the pointy end on the sport- versus-relaxation scale. And, like the Roma, it’s none the worse for it. 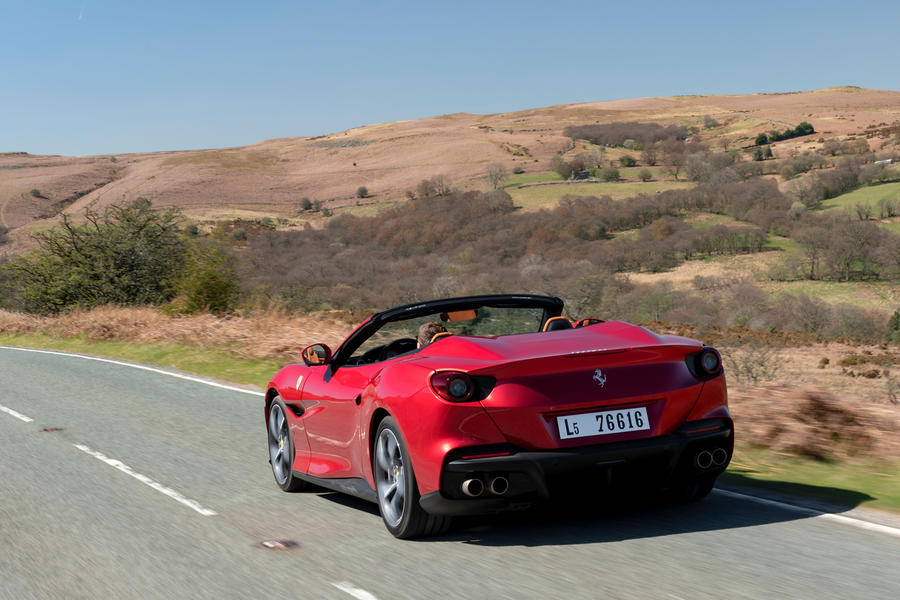 @JCarter, agreed, and with a soft top rather than metal, would look even better