BACK TO ALL NEWS
Currently reading: Gallery: the best of Ferrari's 70th anniversary celebration at Maranello
UP NEXT
Tesla to expand select UK Superchargers to other electric vehicles

Gallery: the best of Ferrari's 70th anniversary celebration at Maranello

Few sports car manufacturers have a history as rich, or a fan-base as passionate, as Ferrari. So it’s hardly been a surprise that events to mark the marque’s 70th anniversary have been held around the world.

But Ferrari’s home – both physical and spiritual – remains in Maranello. It was in the Italian town that Enzo Ferrari, by then already an established maker of racing cars, founded his eponymous firm in 1947. So it was only fitting that Maranello was where a year of celebrations would climax, with an event featuring an incredible gathering of cars spanning seven decades. And not all of them were red.

The celebration comprised several events, starting with a Sotherby’s auction of Ferrari machinery and paraphernalia on Saturday afternoon. The reverence Ferrari is held in was reflected in the sale prices. A 1994 Ferrari 333SP sports prototype sold for £2,346,000. A rusting, dust-covered 1969 GT/B Daytona Berlinetta Alloy – lost for 40 years in a hayloft in Japan – sold for £1,472,000. A 250 GT LWB California Spider from 1959 fetched £6,440,000.

The auction concluded with the sale of a special LaFerrari Aperta, which will be the 210th and final machine of a production line originally intended to end after 209 cars. The ‘extra’ Aperta will be finished in a unique Rosso Fucco livery with a Bianco Italia racing stripe. With Ferrari donating the car and Sothebys waiving the fee, all the proceeds from the auction went to Save the Children. With Ferrari chairman Sergio Marchionne at one point taking to the phones to help drive up the bidding, it sold for £7,636,000.

After an evening event for Ferrari’s guests – and also broadcast on Italian television – Sunday’s events centred on a special Ferrari-only Concours d’Elegance. 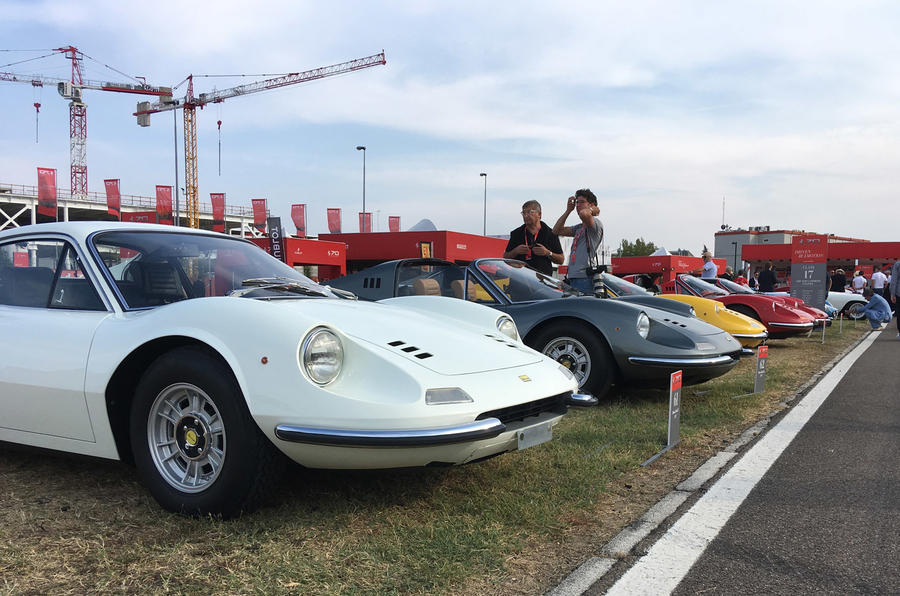 Cars bearing the Prancing Horse logo were brought in from around the world – many arriving as part in a series of rallies – and displayed around Ferrari’s Fiorano test track.

The assembled cars spanned both road and race track, and covered every era of Ferrari’s history, from a replica of the 1947 125 S to the new Portofino, ahead of its public debut at the Frankfurt motor show. 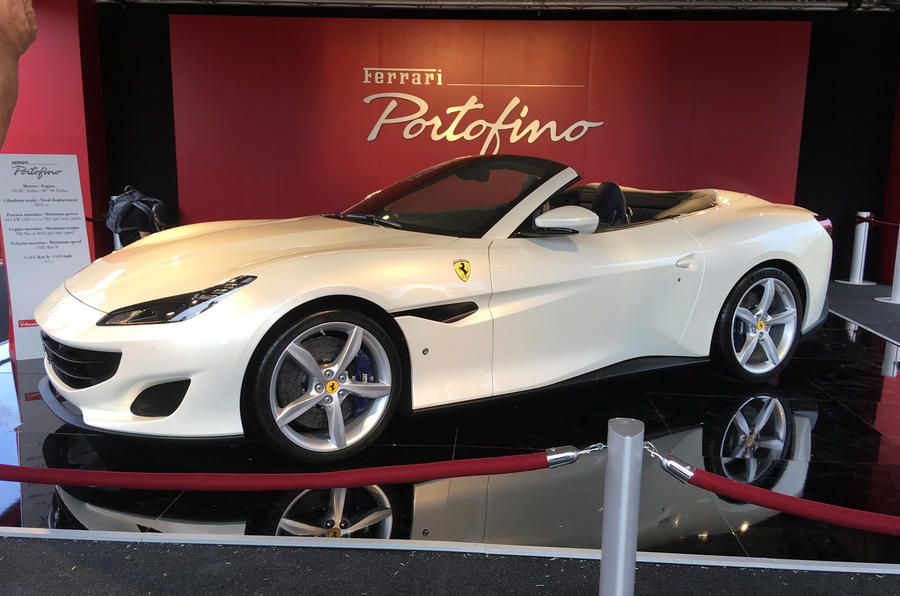 But the celebrating was about more than what was happening within the confines of Fiorano. Outside the gates, the streets of Maranello were packed with Tifosi, all crowding and jostling to admire a non-stop parade of exqusite Ferraris – both those on their way to the Concours, and those brought by enthusiasts who wanted to be close to the event.

It was a mix of passion and reverence that bordered on the fanatical, and a reminder that Ferrari is as much about those who can only ever dream of owning one, as it is those who can spend unimaginable amounts of money on them.

Scroll through our gallery above to check out some of the best images we saw at the celebration.

Picture special: the best of the Ferrari Owners Club 2017

Gallery: the best of the Pebble Beach Concours d'Elegance

Gallery: the best of the Villa d'Este Concours d'Elegance

What does this mean?