This is the new Ferrari Portofino, the firm’s new entry-level model that replaces the California T. It was shown at the Italian firm's 70th anniversary event at the Fiorano test track in Maranello, before being put on display at the Frankfurt motor show.

The folding hard-top convertible is powered by a 592bhp, V8 engine that the Italian firm says can accelerate it from 0-62mph in 3.5sec. The turbocharged 3.9-litre unit is derived from that of the California, but tuned to produce an extra 40bhp, with that peak output arriving at 7500rpm, as well as 561lb ft from 3000rpm to 5250rpm. The Portofino's top speed is claimed to be more than 199mph, which is at least 3mph better than its predecessor.

The Portofino will feature Ferrari’s E-Diff 3 electronic rear differential and is the first GT car in Ferrari’s range to come with electric power steering, which the company claims has enabled it to reduce the steering ratio rate by 7% without any hindrance to stability. The Portofino also has dual-coil suspension with magnetorheological damping to improve both responsiveness and ride comfort.

The front of the car has an aggressive styling treatment with a large grille. Its headlights are shaped like those of the 488 GTB but with larger black surrounds. Air intakes on the outside edges of the headlights vent into the front wheelarch. 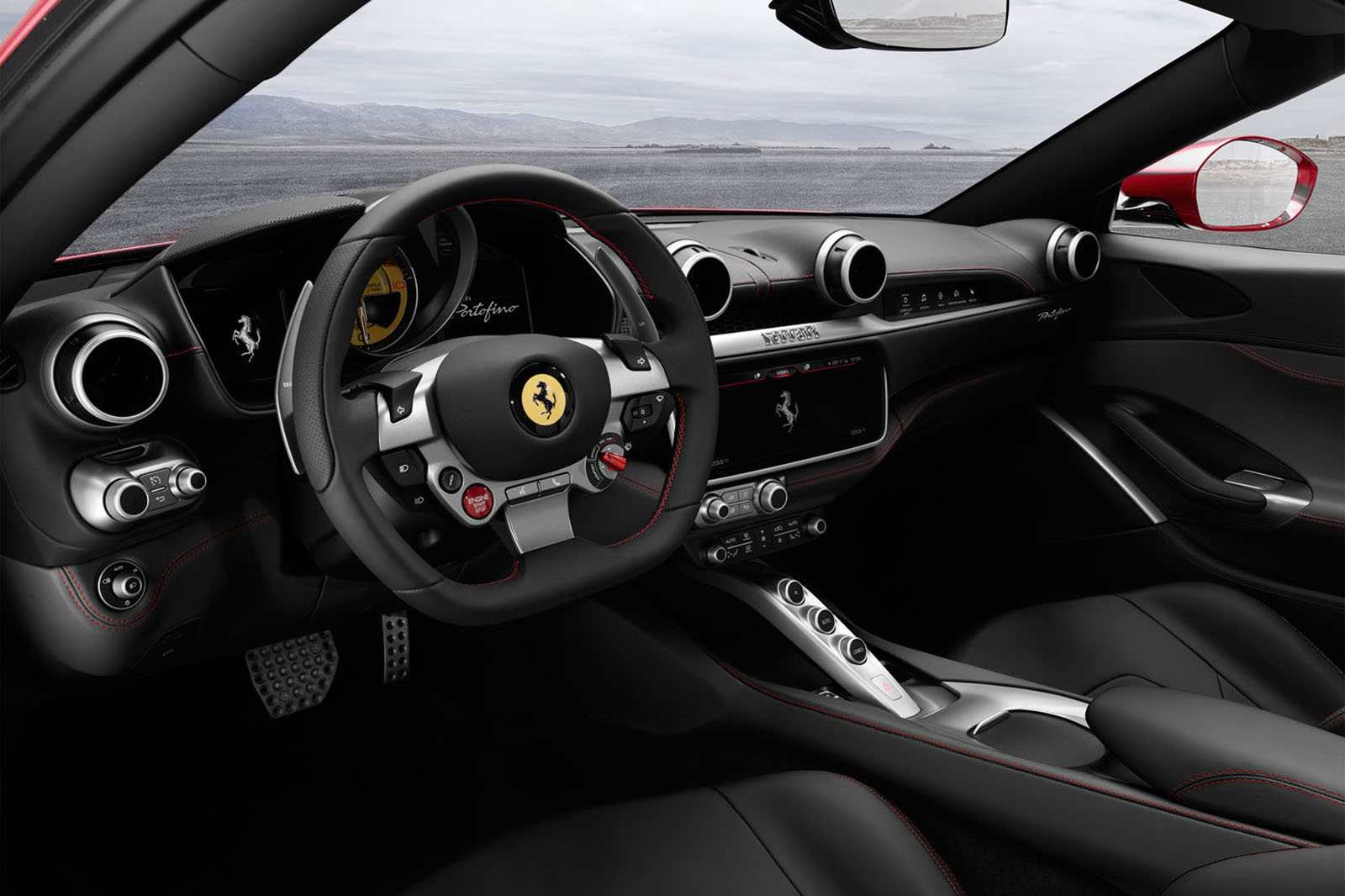 Overall dimensions have slightly increased on the California, with the Portofino measuring 16mm longer and 28mm wider, although it is 4mm shorter.

The interior of the car features a revamped infotainment system displayed on a 10.2in itouchscreen. A redesigned wind deflector reduces air flow inside the cabin by 30% when the roof is lowered. The hard top can be folded while on the move, although Ferrari is yet to confirm at up to what speed.

The car will be officially launched at the Frankfurt motor show next month.

Opinion: The Ferrari Portofino is a best step forward for design

At last a decent looking

Something to aspire to

Something to aspire to. Wonderful looking thing.

Wasn´t there a Lamborghini V8-powered Chrysler concept to the same name at Frankfurt motorshow back in 1987 - almost 30 years ago?