Aston says the new car is its sportiest open-top model yet. It has chosen to launch with the lighter V8 engine rather than a V12 to ensure handling is as keen as possible. It is understood that a V12 version is not currently in the product plan, but it would be a likely addition later in the car’s life. 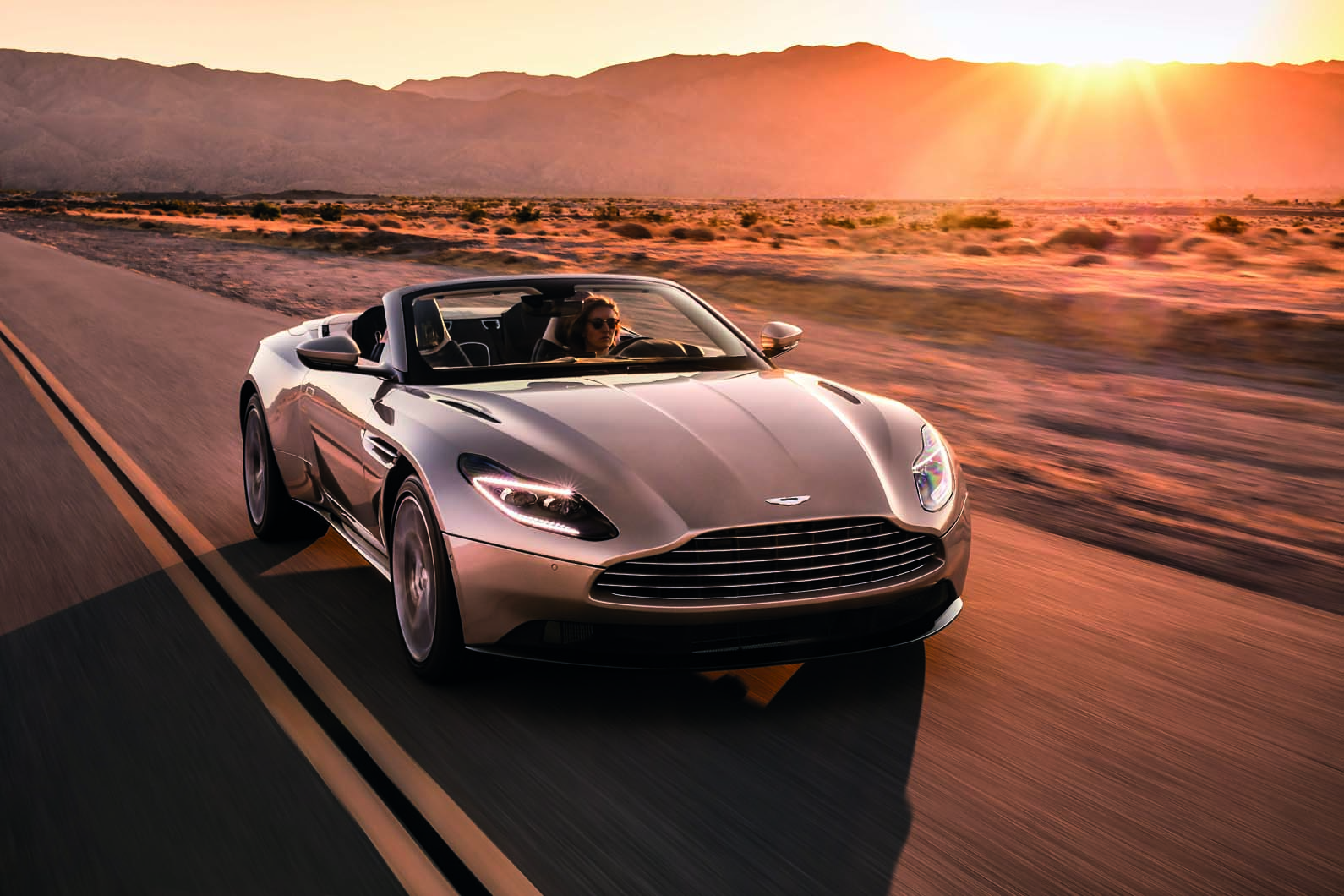 With a kerb weight of 1870kg, the DB11 Volante weighs 110kg more than the V8 coupé on which it is based. Aston says the DB11 Volante is some 26kg lighter and 5% stiffer than its V12-powered DB9 Volante predecessor. The weight distribution is claimed to be 47% front and 53% rear.

The roof and its mechanism are a new design for Aston.

The folding soft-top consists of eight layers and can be lowered in 14sec and raised again in 16sec. It can be operated at speeds of up to 31mph and specified in red, black silver or grey silver. 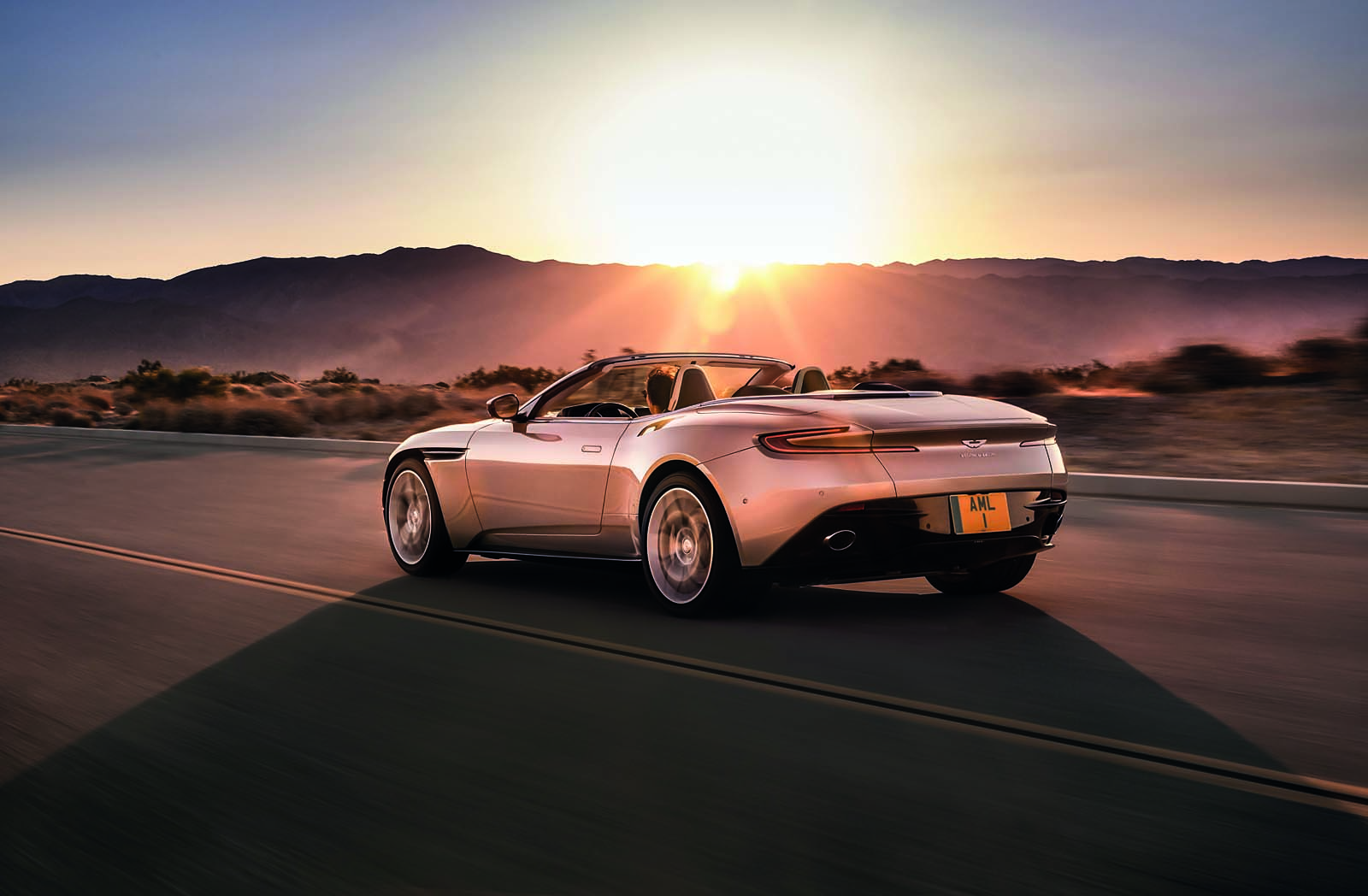 The biggest design difference between the coupé and Volante — aside from the soft-top — is the absence of the aeroblades seen on the fixed-roof model. On the coupé, these sit at the base of the C-pillars (which have taken out of the Volante) and channel air over the rear end. On the Volante, the rear deck is new and the overall look, roof up or down, is more resolved and complete than that of the DB9 Volante.

It great Aston Martin convertible Volante with 4 seater with V8 engine I buy that.

I guess the proof of the

I guess the proof of the pudding, certainly for the fixed head, will be which engine is preferred by the customers? There may be a different split between markets, with some markets more resistant to a bought in engine than others, plus the effect of local tax laws in countries like China

from the snow flake alloys to the most perfect soft top shape this is probably the most perfect shape/design not just from AM but from any producer. It is unfortunately a dream I will never achieve (on pension I have I cant afford a Smart!), but as a serious car enthusiast this is the ultimate machine