I’m still not sure how they did it. But by using a bunch of Volkswagen Group mechanicals, a spin-off badge from an existing VW group brand, and designing what, on the face of it, could just be yet another crossover, Cupra created a genuinely different, genuinely interesting car.

We’ve already driven the Cupra Formentor in its most powerful form, the 310, which means basically it has a Volkswagen Golf R’s 2.0-litre turbocharged petrol engine making 306bhp, and four-wheel drive to put it to the road.

Now for something less, and more, at the same time. This Formentor e-Hybrid is a plug-in hybrid version mating a 1.4-litre petrol engine to an electric motor, with a battery big enough to give up to 36 miles of zero-emission range.

The engine makes 148bhp and the motor 114bhp, but engines make most power when they’re spinning fast and motors make theirs when they’re spinning slowly, so combined, their maximum is 241bhp (labelled 245) rather than more. The maximum total torque output is 295lb ft and it’s delivered to the front wheels alone through a six-speed automatic gearbox, rather than through all-four wheels like the most powerful Formentor. This, as we’ll see, is quite important.

There’s a less powerful variant of this E-Hybrid too, which only makes 201bhp. But in either case there is a 12.8kWh of usable li-ion battery, which can be charged in around three and a half hours at 3.6kW and is too small to be charged any faster. Drive modes can preserve a set amount of battery power if you want to save it for use, say, in a city.

On the new WLTP official fuel economy drive cycle, the 241bhp Formentor is a 176mpg and 33g/km of CO2 car, figures to be taken lightly. If you charge it every night and run to the station or shops every day you’ll barely use any fuel at all; if you don’t charge it much and use liberal amounts of throttle, you’ll burn quite a lot. And also get through a few front tyres. 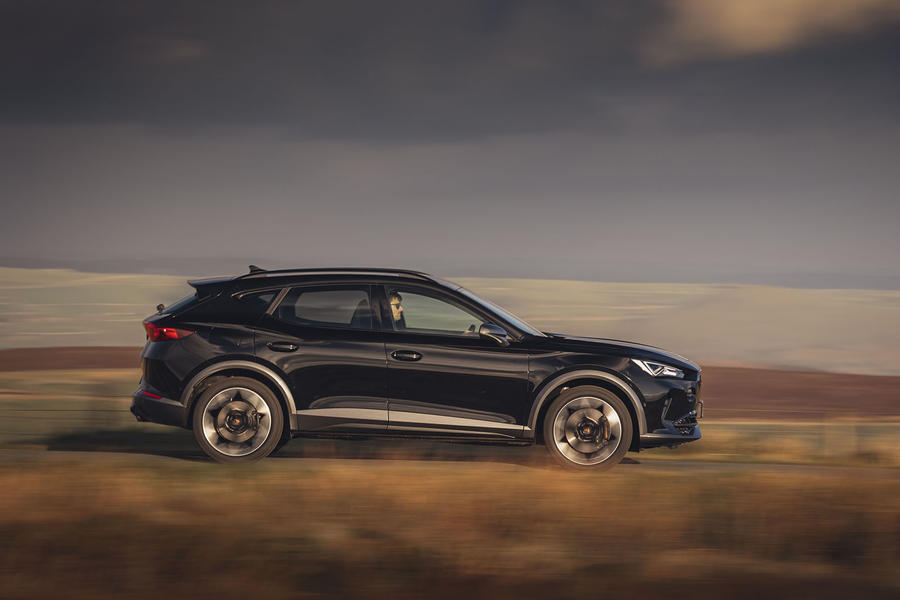 The reason we like the Formentor we’ve so far tried is that, rather than feeling like yet another SUV/crossover based on the same VW platform with the same driving characteristics – too hard to be comfortable yet too tall to be dynamic – it felt instead like something genuinely different and appealing.

You look out over bonnet bulges and it feels like you’re sitting further back, in the middle of a tall grand tourer, rather than the front of a monobox. Cupra calls it an SUV coupe, a not terribly appealing phrase but not unfitting.

This is, obviously, the same in this version, but it’s also pleasing to find that the way it drives matches is also quite rewarding. It’s like a tall capable estate, rather than an overtly stiffened, top-heavy 4x4. It’s the sort of thing that would suit the phrase ‘scout’ or ‘cross country’. It’s a crossover in the proper sense.

It rides with reasonable pliancy given the decent amount of body control, and the fact that it rides on 19in alloy wheels and 245/40 tyres. Better still, though, is what happens when you see a hard ridge or a pothole and cringe for the inevitable crash and thump … which doesn’t come. When there are so many tall cars trying to show dynamism, it’s great to find one that actually does it.

But where the four-wheel drive Formentor 310 is secure and has plenty of traction, the e-Hybrid is pretty wild. When 295lb ft hits the front wheels, on any kind of rough surface or mid-corner, it tugs at the steering with plenty of abandon. Wind the engine/motor combo up too and it delivers a loud growl – augmented I’m sure, but not unappealing. This stuff is clearly deliberate. They’ve let it be a bit loose and over-enthusiastic. Perhaps, given the nature of part-EVs, they’ve tried to engineer a bit of excitement back in. The basics of the handling is so good that it works.

The rest of the Formentor experience is good. It’s relatively compact at 4.4m long and 1.8m wide but seats five and has a 345-litre boot. The seats, sculpted and serious-looking, are supportive and comfortable and fit and finish is very good. Ergonomically, like many other VW group cars, the driving position is sound but they’ve started putting more than they should onto a central touchscreen, plus entirely feel-less buttons for the interior temperature, annoyingly. 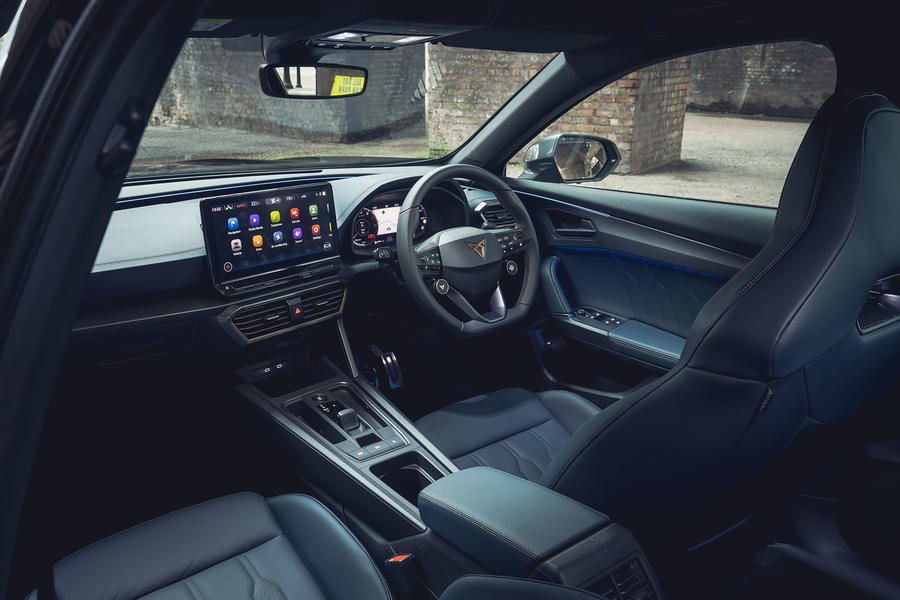 Once, you’d pay most for the most powerful car in the range but in ‘VZ2’ trim, the lowest available level on the Formentor 310, it’s a £39,830 car. The e-Hybrid 245 also starts in ‘VZ2’ trim, but despite being less powerful and only having two driven wheels, it costs £40,260. Once you start getting into finance deals I suspect there’s not much in it and the hybrid has the advantage of a 10% benefit-in-kind rate.

So you make your choice: urbanite company car, hybrid; country-living private driver, 310. Either way, the Formentor’s an uncommonly welcome and surprisingly entertaining addition to the world of humdrum SUVs. 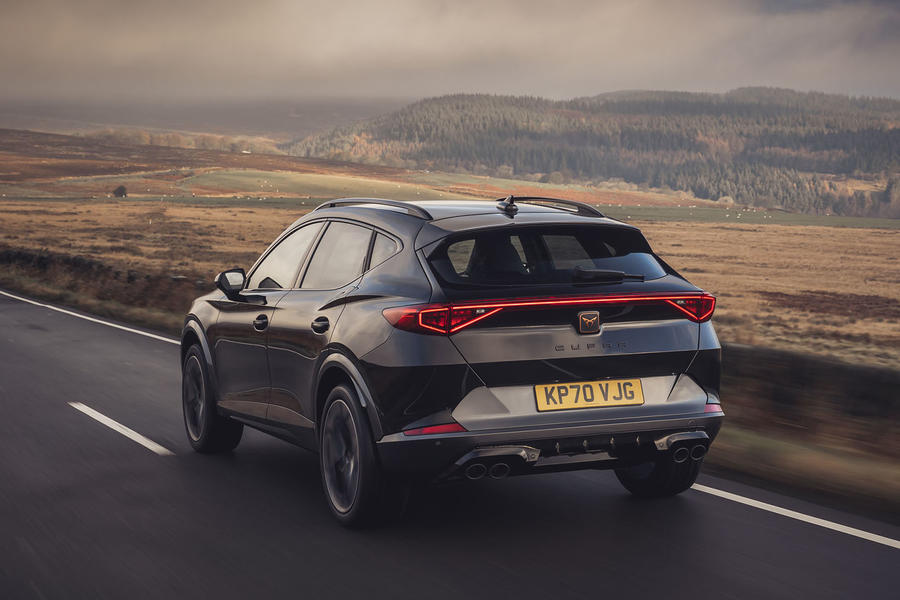 I like it. For a VAG, inside and outside its got lots of neat details. Hope VAG will give their daughters more free hand on other models in the future.

The Apprentice 16 February 2021
You could have a 258ps MG HS PHEV for 10 grand less without all that go faster bling, I hear its quite a little rocket.
Tim Ford 16 February 2021

Watch out for the reliability, even if it does have a 7 year warranty! Personally I would have a close look at the new Tucson soon to be available as a plug in and better looking than either.