BACK TO ALL NEWS
Currently reading: Used car buying guide: Skoda Octavia vRS
UP NEXT
Analysis: Why the decline in diesel sales has slowed in 2022

A Golf GTI with a bigger boot: that’s often how the Skoda Octavia vRS Mk2 of 2005-13 is described.

Obviously, there’s a lot more to the VW than how many (or how few) suitcases it’ll swallow, but that fact is that, until 2009, the Octavia ran the same 197bhp 2.0-litre turbo petrol engine as the Mk5 Golf GTI and, after that date, the same chain-driven 2.0-litre that powered the Mk6 Golf GTI, although still with 197bhp. The diesel-powered Octavia vRS also had the same 167bhp 2.0-litre diesel engine as the Mk5 Golf GT TDI. To cap it all, the model is based on the Golf Mk 5 chassis.

The vRS arrived in 2005 dressed to thrill, with a bodykit, twin tailpipes, a boot spoiler, 17in 10-spoke alloys and ventilated disc brakes with vivid green calipers. It was 12mm lower than standard Octavias, too. 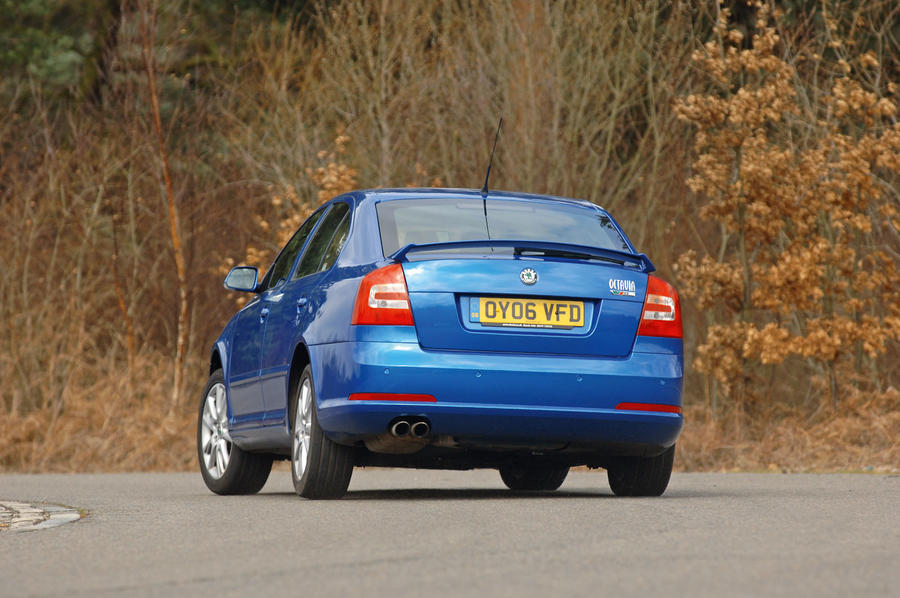 The rear suspension is a sophisticated multi-link affair. A good vRS with healthy bushes and dampers should turn in to corners keenly and resist leaning excessively. Meanwhile, the manual gearbox should snick through the gears smoothly and the DSG dual-clutch auto shuffle cogs without hesitation.

We favour the petrol vRS hatchback for its sportier performance and more purposeful image, although the more practical estate version is just 0.1sec slower over 0-62mph (7.2sec), and that’s in manual or six-speed DSG form. It doesn’t run out of puff until 148mph, either. However, price-wise and like for like, it’s around £1000 more expensive than the hatch. Given how much loadspace the hatch has with its back seats folded, you may prefer to pass on the estate and spend the extra £1000 on buying the best hatch version you can afford instead. 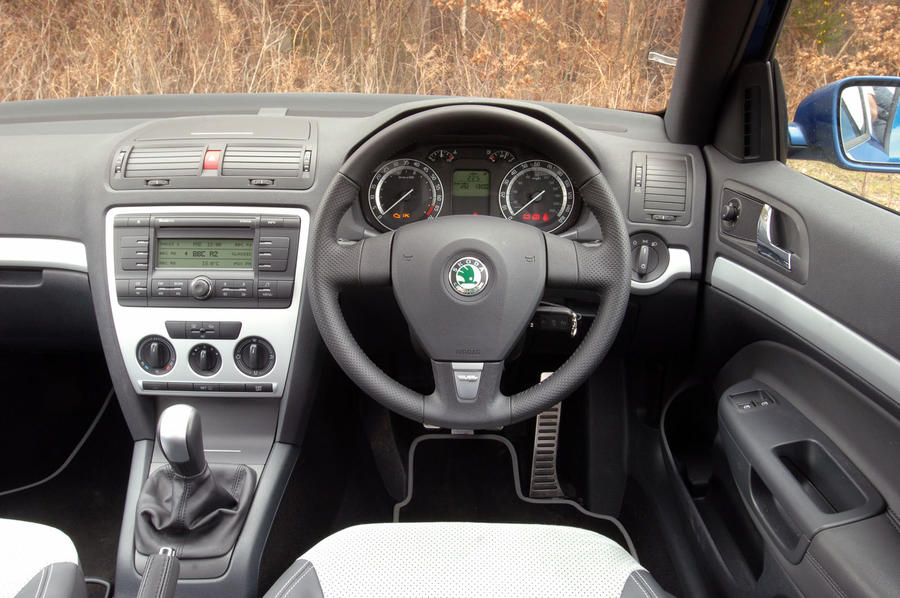 In 2008, the vRS received some useful tweaks in the shape of larger, 18in Zenith alloys, dual-zone climate control and a jumbo box central armrest. In common with all Octavias, it was facelifted the following year, when it gained a new grille and the option of xenons and adaptive lighting. More important, though, the vRS shed 20kg (the diesel 15kg) and the chassis was tuned to be sportier still. All this and the petrol engine was also swapped for the one from the Mk6 Golf GTI while the diesel motor got common rail injection. If you’re tempted by a diesel vRS, this is the generation to buy since the engine is smoother and quieter.

Don’t expect the sensible types who buy regular Octavias to be the same people who buy the vRS. Like any fast car, it demands a thorough inspection, but find a good one and you’ll be amazed what a perfectly rounded machine it is. 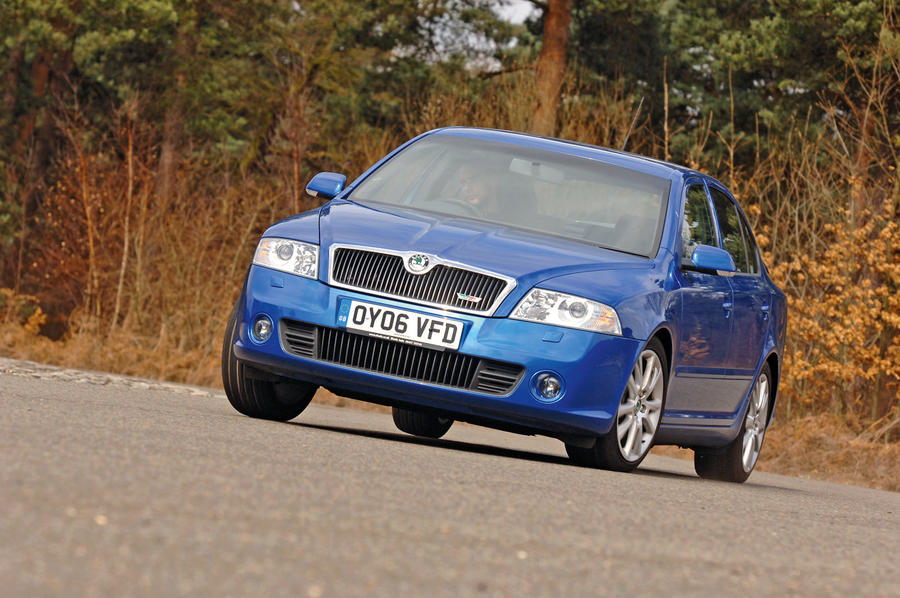 Richard Duncan, owner, RD Garage Services: “We’re Skoda specialists so see a lot of Octavias, including vRS models. The vRS petrol engines prior to the 2009 facelift are much less troublesome than the later direct-injection units. In my opinion, these engines are badly engineered. How else do you explain worn piston rings, burnt valves and failing timing chains? It’s not owner neglect as far as I can see. Fortunately, later engines from 2012 were improved. The diesel engine in the vRS is a lot more reliable than the petrol units. Some of the Octavia diesel taxis we see for servicing have done over 300,000 miles without trouble. They thrive on VW 505.01 5W-40 fully synthetic oil, so check it’s been used.”

■ Petrol engine: On belt-drive petrols (the belt should be changed every four years or 80,000 miles), listen for the cam chain rattling. The fuel pump follower on the camshaft can wear, and if you don’t know the car’s history, it’s probably best to have it replaced. The later engine is chain drive so no replacement to worry about but it is unreliable. (See ‘An expert’s view’, above.) Expect both to use up to two litres of oil between services.

■ Diesel engine: More reliable than the later petrol engine especially. Just check it has been serviced on the dot and the timing belt and water pump have been replaced every four years.

■ Transmission: Both gearboxes go through flywheels every 80,000 miles. The DSG should be serviced every four years or 40,000 miles.

■ Body: Requires usual checks for dents, dings and fresh paint. Rust is rare but check sills and behind bumpers and bodykit.

If you plan to keep your vRS for some years, consider replacing the stock suspension bushes with superior polyurethane items from manufacturers such as Polybush. A full kit costs £311. 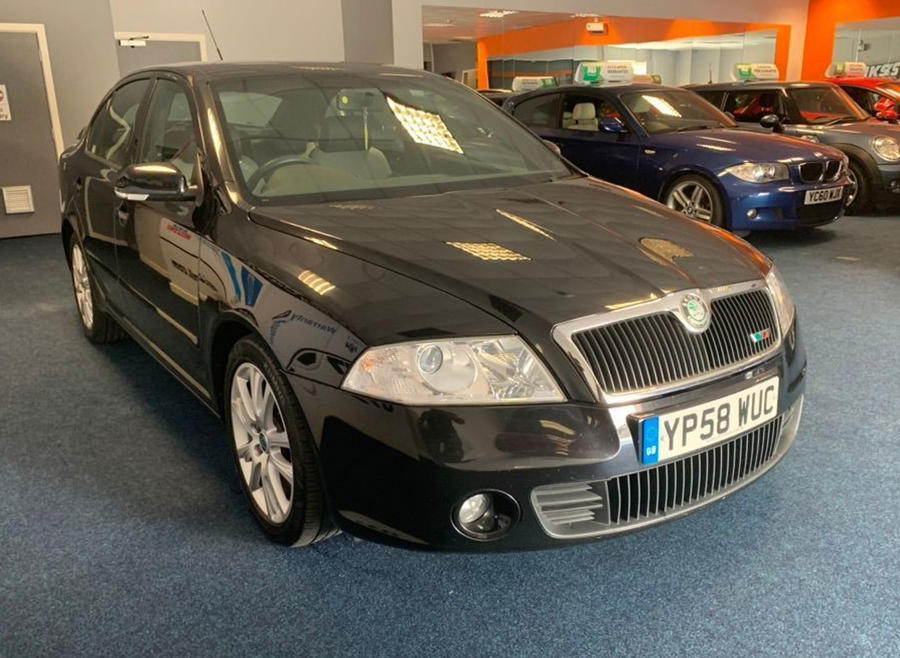 I am thankful to you for sharing this plethora of useful information. I found this resource utmost beneficial for me. Thanks a lot for hard work.

The best looking Octavia IMO partly because the body-colour B-pillar and window surrounds give the car a 'hewn from solid' appearance, rather like the Bruno Sacco era Mercedes (W201 / 124)
streaky 28 October 2019

I preferred the looks of the Mk1

Like all the Mk2 Skodas (incl Fabia and Superb) I always thought the Octavia was not as elegant as its predecessor.  They were all a bit gawky and ill-proportioned.  The Mk3s have all been a great improvement.