It took some decades for Ford to wake up to the fact that us Brits might like to look like Frank Bullitt once in a while, but it finally delivered in 2015 when it launched the first right-hand-drive Mustang.

It was available in full-fat 5.0 V8 GT and economy-oriented 2.3T Ecoboost forms and clothed in a choice of coupé (called Fastback) and convertible bodies. Six-speed manual and automatic gearboxes were offered. Today, on the used market, transmission numbers are split 50/50, but the V8 easily outnumbers the 2.3T. Ditto Fastbacks compared with the convertible.

Bullitt fanciers go for the 5.0 V8 GT manual, which has the requisite number of cylinders and goes harder and sounds better. The gearshift feels heavy and nicely mechanical, too.

The downside is economy of around 20mpg at best. Here the 2.3T Ecoboost has the edge, with a figure that’s around 10mpg better. Fortunately, this smaller engine is also decently quick, with 0-62mph coming up in 5.8sec compared with the V8’s 4.8sec. Not only that but it’s also a more willing and flexible engine than the larger motor. In short, it’s a great everyday Mustang.

It’s cheaper, too, with early used Ecoboosts starting at around £19,000, whereas the cheapest 5.0 V8 we found was £22,000, although that’s still a great price. The fact is, as the Mustang settles down, values are beginning to soften for both engines. They’re not falling off a cliff – the model is still too desirable for that and great value compared with the European opposition – but now is a good time to buy. 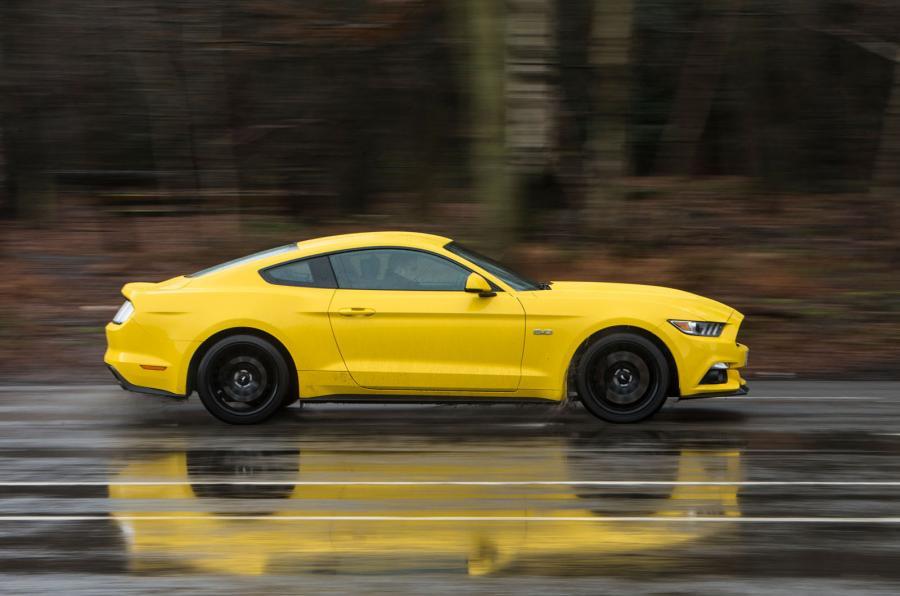 The 2018 facelift brought a sharper nose and lower bonnet line, LED headlights and more power for the V8 (up from 410bhp to 443bhp). The six-speed auto ’box was swapped for a 10-speed while the manual gained rev-matching tech for smoother and faster downshifts accompanied by a very Bullitt-like blip of the engine.

Cabin quality was given a boost and options included a Carbon Sport interior package. The changes weren’t sufficient to date earlier cars, which is good news for values.

Things you should check when perusing used ’Stangs include the air-con (compressors and condensers can pack up), the oil cooler (some have leaked into the cooling system) and bodywork, which can include everything from a poor paint finish to inconsistent panel gaps.

Check the long doors’ edges for car park dings. You’d have to be a saint not to clonk them.

You should know by now that the V8 will struggle to better 20mpg.

Clutch is heavy in traffic, so consider an auto if you’re planning on commuting in your Mustang.

If buying the soft-top, check you’re happy with the gaps between the hood and body.

In the 2019 What Car? Reliability Survey, the Ford Mustang ranked ninth out of 10 sports cars aged up to five years old. 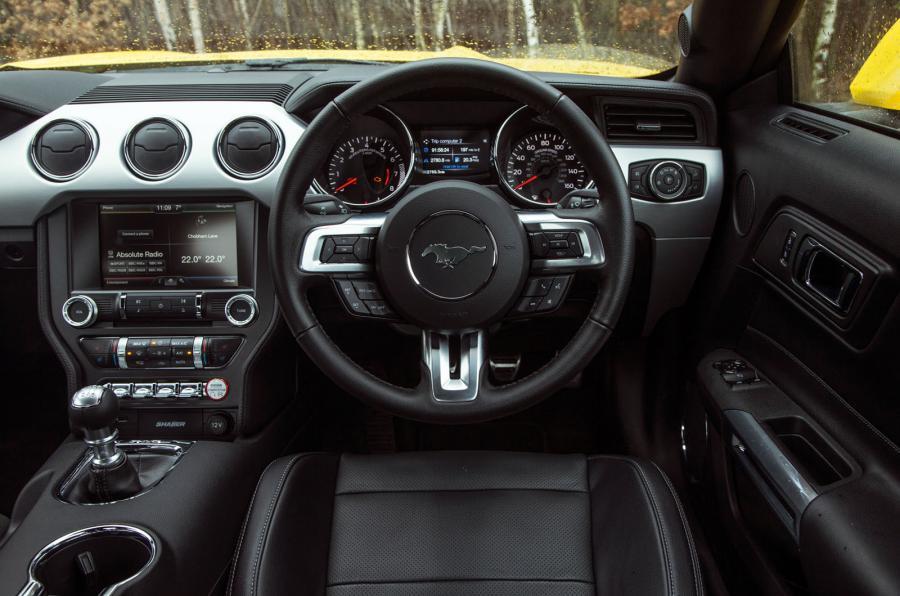 Ford Mustang 5.0 V8 GT Fastback: The only Mustang to have. Performance is merely appropriate but it’s the version your mates will expect you to rock up in. You’ll only kick yourself if you buy the 2.3T Ecoboost.

Where do you get this rubbish

Where do you get this rubbish about the V8 fuel consumption? Driven sensibly they will average a surprisingly decent figure. My previous 2016 Mustang averaged 26 mpg over 22,000 miles, and the 2019 has improved this a fraction. The average is helped by the motorway where over 30 is easy. The first gen car was less powerful, but feels faster as Ford gave the later cars stupidly long gearing. Magnetic ride on the second gen cars is worth having, the stereo on the later car is awful. But where else do you get a V8, a soft top and a manual box? Neither car has had any reliability issues.

23 April 2020
My colleague claims nearer 30mpg in his auto v8 coupe in sedate town driving, I'd expect a lot less with a lead right foot though. The V8 has to be the one to have as they sound fantastic and either way they look stunning.

I cannot imagine the mindset

I cannot imagine the mindset of a person deciding to buy a 4 cylinder Mustang.