James Ruppert: when it comes to second-hand EVs, buy mainstream

Electric micro-cars and expensive EV conversions for classics are an option, but sensible money is spent on big-name models
Close

If you read this column often, you will probably have gathered by now that I am EV-sceptic.

Used EVs are a thing and I concede that, for some, they can make some sort of practical sense, if you’re a milkman. However, if you start doing the CO2 calculations, it all becomes rather harder to justify batteries as a method of environmentally responsible propulsion. As we all know, Bangernomics is the only way to drive with a jolly green conscience.

But, hey, I like to do my bit for the home-grown car industry, so I was pleased to read that there was a Me (micro electric) car apparently being built in north London that costs a substantial £12,000. It looked like a Jeep that had been shrunk in the wash. These days, however, there is something called the interweb and, pretty quickly, you find that you could have bought one of these in China for three grand a few years back. So that didn’t go very well. 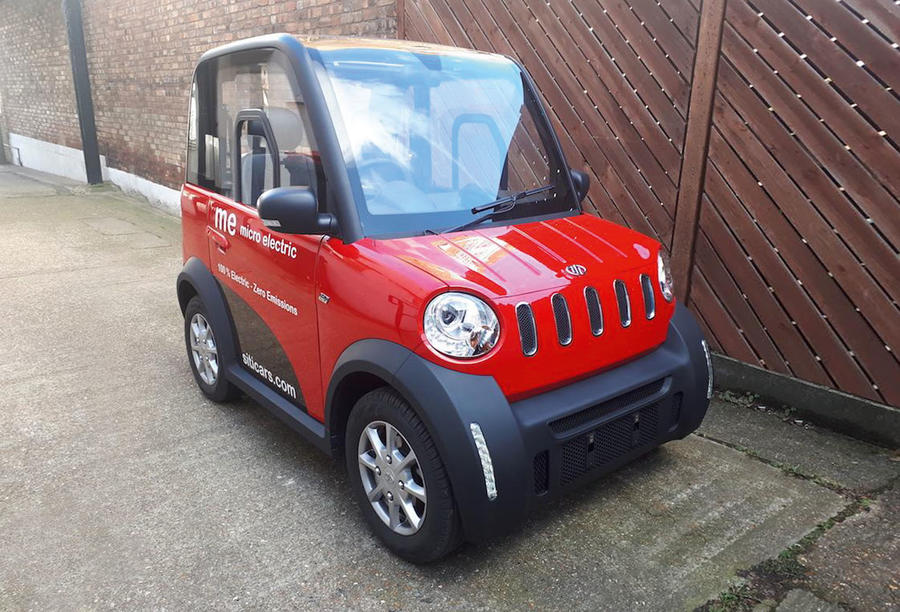 This brings us to the electrification of classic cars, which seems to be breaking out all over the place. If it is your car and you want to do that, knock yourself out. Have fun. I don’t care. When it comes to commercial operations, I’m not quite so sure. Aston Martin DB6s converted by Aston Martin to EVs (and fully reversible) is presumably a pricey PR exercise. Even if someone buys them.

A colossal amount of money is being pumped into one company that specialises in converting classics to battery-fy Fiat 500s and Ferrari 308s. What a colossal waste of finite resources that is. It is a pointless virtue-signalling exercise. So I asked to speak to the founder, who suddenly became unwell, and then someone else important, who went very quiet. I thought journalists were supposed to ask questions? Silly old sceptical me.

The toy-town battery cars are promoted on the basis that they are Ultra Low Emission Zone-compliant, but so is a historic vehicle, making the whole convert-a-classic thing redundant. Never mind: don’t buy a brand-new Chinese battery pseudo toy car when you can buy a Nissan Leaf with airbags and everything: £5995 gets you a 100,000-mile 2012 example, which at least proves they will do some solid service. Dealer ones are £6995 and I am sure that there are plenty of years left in them yet. Much cuter Renault Zoes seem to have lower mileages and broadly similar prices. A 2014 one with 40k miles is around £6750.

If you love EVs, great. There are more to choose from and it’s best to buy major-manufacturer examples. Meanwhile, the rest of us still have plenty of fossil options. As long as that continues, we have a credible rather than artificial marketplace.

And still the 1990s producesgems, such as this one-owner,1995 M-reg ZX 1.4 with 85,000miles for just £395. With thatkick in the window line, thethree-door is a pretty thing,and because ZXs are light, ithas a decent turn of speed. Themodel handles and rides well,too. Still holding out for a 2.0Volcane, though.

There was definitely a coolant leak. I got right underneath butcould not see exactly where it was coming from. The curse ofthe engine cover. Anyway, I asked my local garage to take alook, which they did. They burrowed as far as they could andlocated the leak to somewhere at the back of the engine anddribbling down the gearbox.

The leak is not colossal. So we have decided to live with it and,later in the year when we have more time, will ask a specialist toget stuck in – unless they suggest it will cost a million pounds. 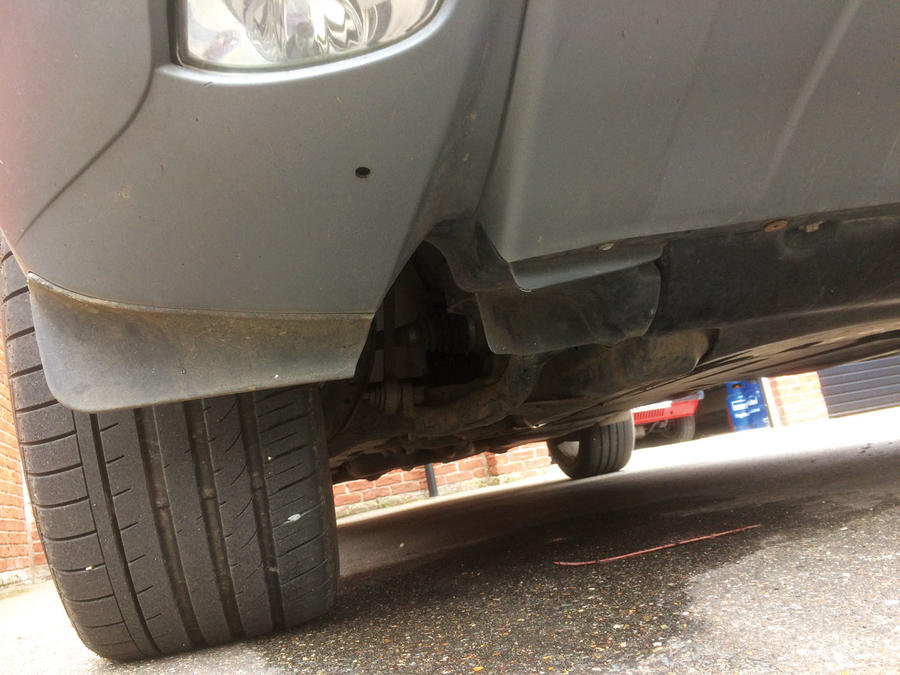 Bangerpedia A-Z: P is for Patrol

The Nissan Patrol has always been one of the biggest andcrudest 4x4s you can buy. This revised version from1998 onwards was much friendlier than before,though. There’s acres of space inside that huge bodyand five-door models even provide seven seats.Luggage space is more than adequate, too. Buildquality is good and overall the ride is acceptable.Arguably, this is an alternative Toyota Land Cruiser,but cheaper and duller. A seven-seat 2004 3.0Di SVEwith 120k miles is £4450. 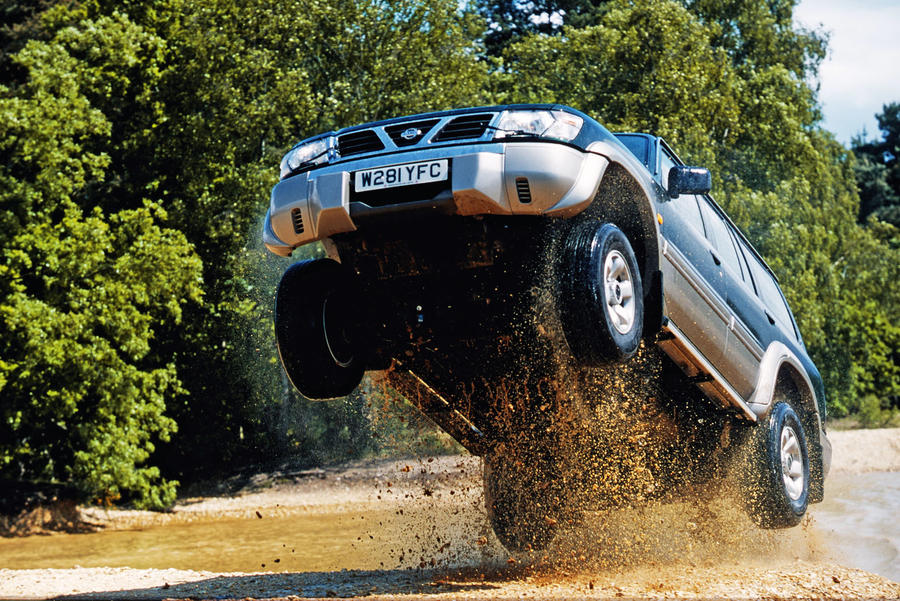 Question: I’m a shy and retiring21-year-old aboutto buy my first car.Everyone tells me I shouldhaggle but how, and what ifthe salesman just says ‘no’?What then? Damon Cliffe, via email​

Answer: First, go online to get a feel forprices. Now you can negotiateintelligently, but only when you’vechecked the car, test driven itand believe it’s the one you want.Confidently state your offer. A good salespersonwill try to talk you round to a number they believeis fair to you both. Keep giving those signals thattell them you’ll deal today if the number’s a bitfairer to you. At all times, be friendly but firm –and lose the shyness. John Evans 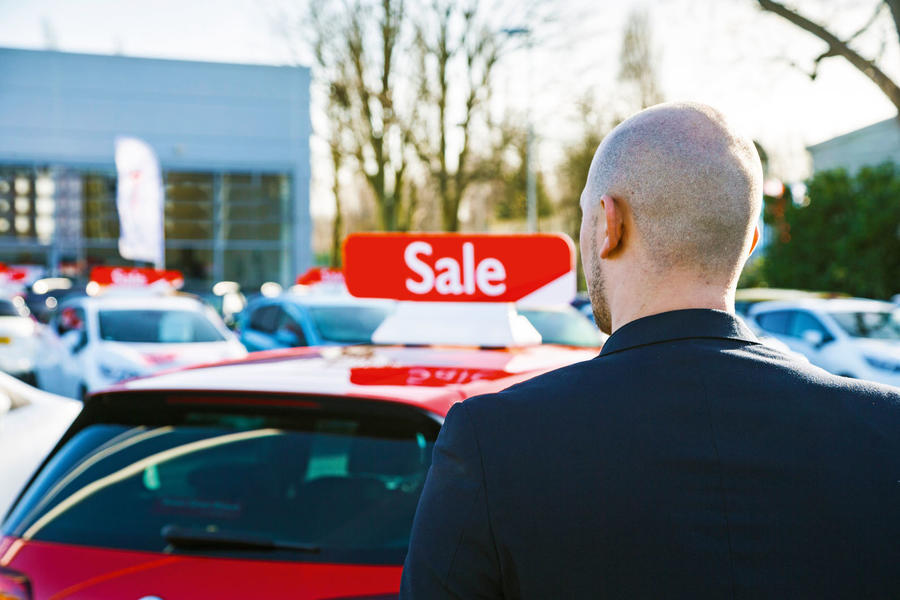 Answer: The Duster is a great alternative tomore expensive SUVs. It’s good valuebut, being a new car, will depreciatefast, losing around £3700 in its firstyear. The Tucson is more practicaland quicker and has a longer warranty. It lookscheap and is priced at £6000 less than it wasnew. However, it’s actually worth around £11,500so, by next year, it will have lost as much as theDuster, which is the model you should buy. John Evans 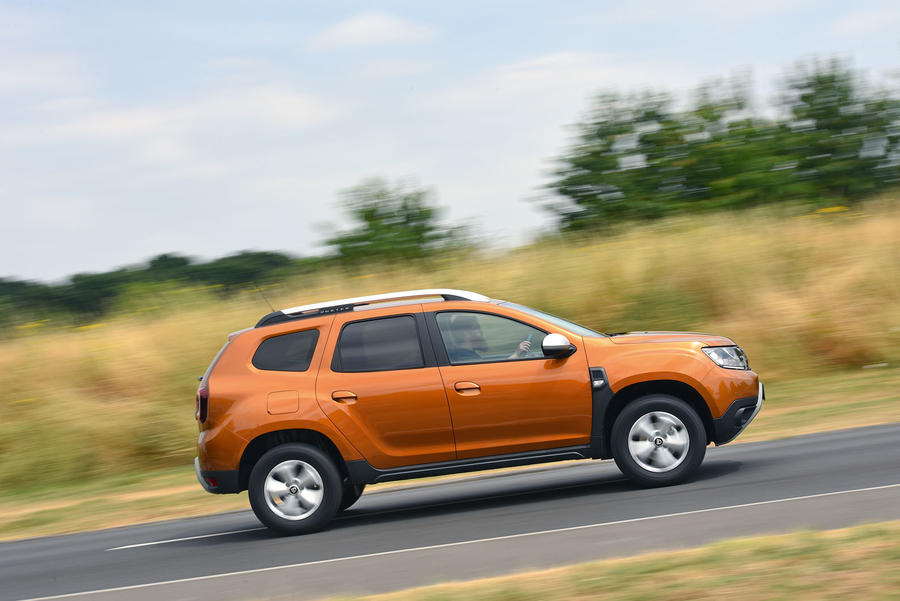 James if you stick to your

James if you stick to your excellent advice on the sensible buying of older cars rather than this rather sad passive aggressive article Autocar will be a much better place.

It reads like something written below the line in comments rather than the articles written with wit what I enjoyed as far back as Car Magazine. In fact it falls below the standards of Hilton Holloway and drops even further into Mike Rutherford territory. That's not a good thing.

Surely the advice should have

21 May 2019
Surely the advice should have been find a better priced Tucson? The Duster is fun but its a crude tool against a Tucson which at 1year/13k miles should be close to as new anyway. Recently the Tucson has been the quickest selling used car you can put on your forecourt. Tells you its highly sought because its a great car for the money.

21 May 2019
Oh dear, Autocar. Do you really want to employ someone who talks about "virtue signalling" and seemingly knows nothing about EVs?

I disagree with the negative

I disagree with the negative coments above.

I thought it was an excellent article.  Angry and opinionated in a way that Autocar is otherwise far too scared to be.  You don't have to agree with what he says for it to be of merit.

Unquestioning wishy washy defeatism, with no positive cause at all, will take Autocar ever further towards oblivion.

21 May 2019
Sounds like you're looking for the Daily Mail rather than Autocar.

There's always some weird advice in this column

Why would you advise someone on buying a new Duster over a one year old Tucson?  If the Tucson is over-priced then haggle it down or find a cheaper one.  And if you lose the same amount of money in a year whichever you buy, then you'd rather do that in the extra comfort of a Tuscon, with its long warranty and better re-sale potential.  It's really a no-brainer.

Are there any agreed standards in EV world that will tell me battery condition on an aged car before I buy it?

Are there any agreed standards in EV world that will tell me battery condition on an aged car before I buy it?

Depends on the car. Usually you can just look at the range when fully charged, but Nissan has bars on the driver's display that tells you the battery's level of degradation.

That's one of the ways in which this was a really poor article (the environmental misinformation is the biggest one though). You have to be VERY careful about choosing a used Leaf, because almost uniquely, it has no active battery thermoregulation, so tends to degrade much faster than other cars. That goes double for the early model, which also had relatively primitive cells. You need to check its battery's state of health before buying, which isn't a particular issue with a Zoe, Ioniq, Soul EV or e-Golf, and not at all with a Tesla, Ampera or i3.

The other car he pointed towards, the Zoe, also has a unique caveat to consider before buying, in that almost every one comes with a battery lease. While that does mean you don't need to check for degradation like you do on a Leaf, it also entails running costs that are close to par with a combustion engine.

A journalist is a person able to put into words whatever facts he/she deals with: when an article is peppered with lack of spacings and poor punctuation, something is amiss, Autocar! Employ a couple of subs, please?

The point is that the vast majority of readers here are reasonably well informed (assuming that Autocar tells the truth all the time, of course): throwing 'insults' at each other is not debate or discussion, is it now? We are all enjoying motoring, aren't we?

The Achilles heel of Bangernomics . . .

I completely get the appeal of classic cars, but the reality is that if you covert one to electric you can drive around a city knowing that you’re not poisoning anyone’s lungs. That is a big part of why the rich would consider an electric Aston etc.

I will leave aside the Bloomberg research which said that even an electric car charged from a coal-fired power station produces 40% less CO2 than an internal combustion car. That discussion seems to be quite toxic currently and you have to suspect that the fossil fuel lobby is behind attempts to smear new technologies.