BACK TO ALL NEWS
Currently reading: James Ruppert: Don't be afraid of a fixer-upper
UP NEXT
2022 Range Rover plug-in hybrid begins road tests

James Ruppert: Don't be afraid of a fixer-upper

You can find good bargains at both ends of the reliability scale - and we'd be tempted by a BMW 125i, despite a survey’s findings
Share
Open gallery
Close
Share story

I have some more reliability stats for you. I’m not entirely sure how dependable they actually are, but it is all based on Google searches, which is what passes for research these days. Anyway, I am indebted to the good people at Scrap Car Comparison, who Googled breakdown-, fault- and repair-related phrases for almost 500 different car models. This was then cross-referenced with the sales figures for each model.

Apparently, the BMW 1 Series is the absolute worst because there are 31k searches for faults, giving a sales-weighted score of 30.6. (The higher the score, the worse it is.) But should that put us off? I rather like the little big-engined 1 Series, which harks back to the spirit of the 02 and early 3 Series era. A 2009 3.0-litre 125i M Sport just about to tip over to a six-figure mileage and with three previous owners is £6999 at a dealer. I’d take a chance on that. Indeed, these are great value and I got distracted by a 2006 125i with less funky 17in alloys and 88,000 miles at £5400. They seem like fun, the Mk1s. Maybe the more recent ones have more complicated issues, hence the searches.

At the other end of the chart is the Peugeot 3008 with just 2310 searches for problems for a sales-weighted score of a 2.56. That makes it fairly good by internet search standards. Certainly, these have been pretty popular as a family buy and quite the bargain. A 2015 petrol 1.2 Pure Tech Access with 50,000 miles is yours for a reasonable £5500. That’s for a two-owner example at a dealer with a warranty and £30-a-year road tax. There are some big-mile diesel ones around, so if you are happy with an HDi 3008, which will deliver around 70mpg overall and cost £20 to tax, a 2014 1.6 Allure with just over 70k miles and two owners is £5995. 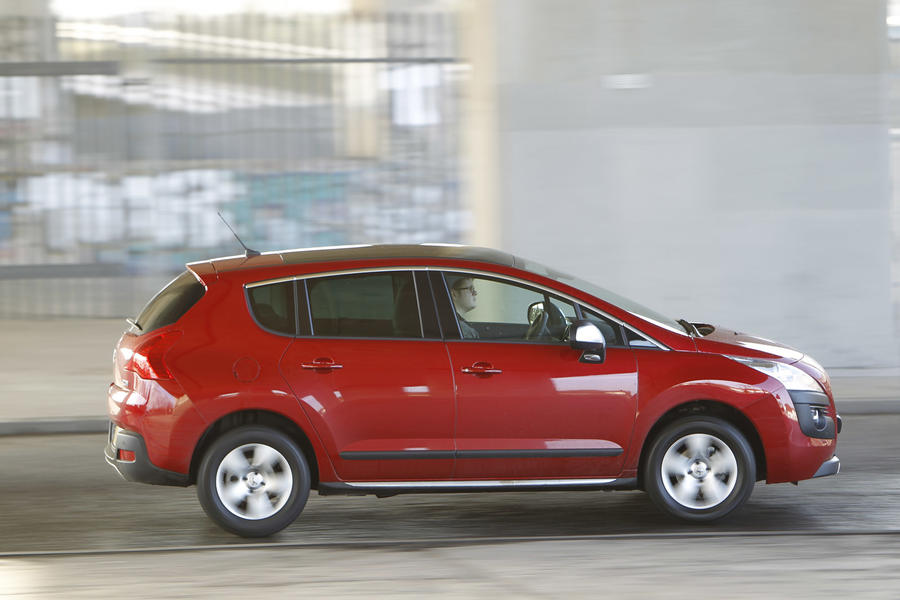 Just in case you wondered, the worst overall manufacturer according to this survey turns out to be Vauxhall, which seems a shame, but there are an awful lot of Vauxhalls about and parts are relatively cheap and easy to track down. I’d be inclined to go cheap and cheerful. The Astra Sport Hatch is a pretty stumpy and interesting coupé, with a 2008 1.8 16v Sport – no turbo to go wrong, 100,000 miles and fully Low Emission Zone compliant – £1500. Bargain. Even if you have to search online for some parts to make it better.

One problem with surveys like these is that some owners are not very proactive, so if there is a problem, they don’t Google it. They just leave it to the rescue services or garage to sort. Bear that in mind. 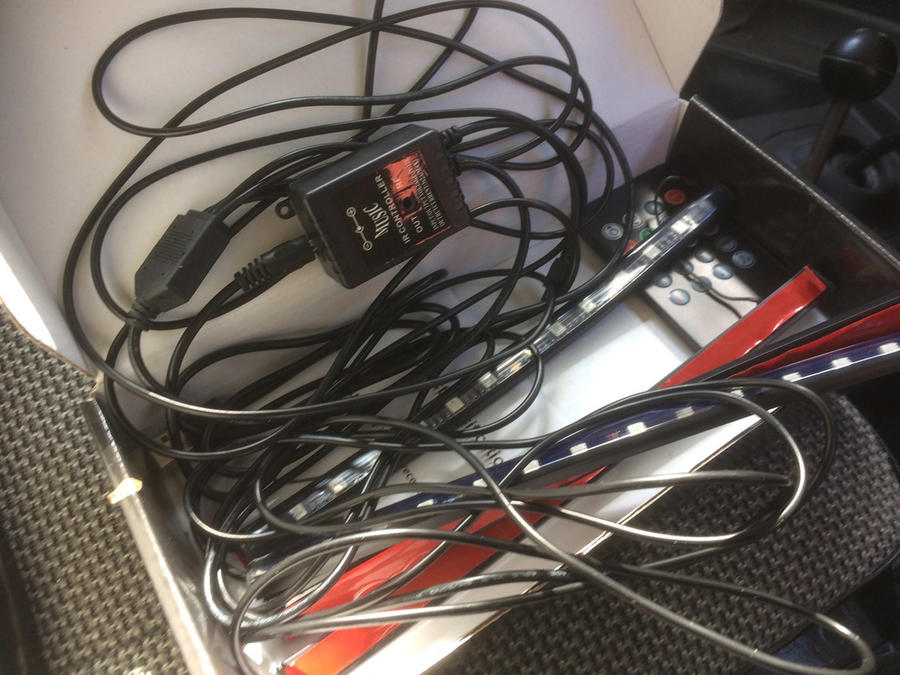 Land Rover Series 3, mileage - 133,221: Here’s the thing: I have been gifted a young person’s surplus interior lighting kit. It says ‘atmosphere’ on the box, so it will pulse in time with music and is all rather ambient rather than particularly useful. I do have several vehicles on the fleet that have zero interior illumination: the Lorry, Baby Shark, Mini Cooper and Italian Job Innocenti. So all of them need some sort of lighting. The Baby Shark would look terribly cool with footwell illumination and I’ve driven the Cooper in the pitch dark many times without incident. I’ve previously used a torch with the Lorry at night, so I suppose it wins. But I may change my mind.

Mercedes-Benz CL500: Many thanks to Patrick for this: “You could say this is Bangernomics taken to the extreme, but in terms of value, I think it is right on brief. This is a 2011 CL500 with every option available and seven Benz service stamps, all for less than a top-of-the-range Fiesta. So I’m hoping for many years of reasonable-cost motoring. What I do know is that every single drive, however short or mundane, will be turned into an occasion. No doubt we’ll be priced out of driving ICE cars in a few years, so I’d like to go out with a bang!” 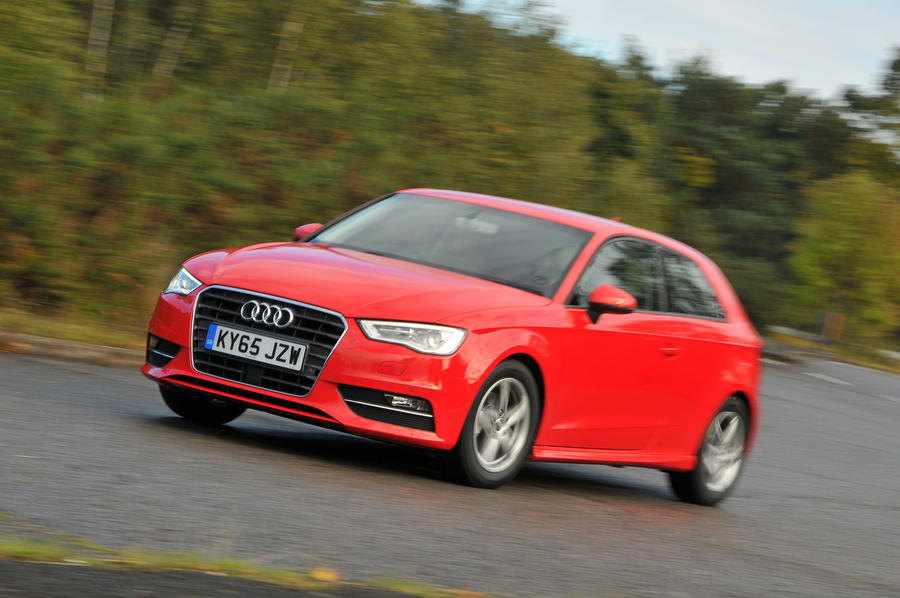 Question: I’m tempted to buy a used Audi A3 I’ve found, but it has been lowered. Is it still worth considering? How will it affect the car? Aaron Lawrence, Stockport

Answer: Generally speaking, lowered suspension means the car will have improved aerodynamics, so a very subtle saving in fuel could be possible, but the more noticeable effects are less positive: a harsher ride, the risk of uneven tyre wear and the potential for the drivetrain to be damaged by speed bumps. You might be enticed by the keener cornering performance, but it’s crucial to make sure the modifier used good-quality parts and had a full alignment carried out afterwards. JW 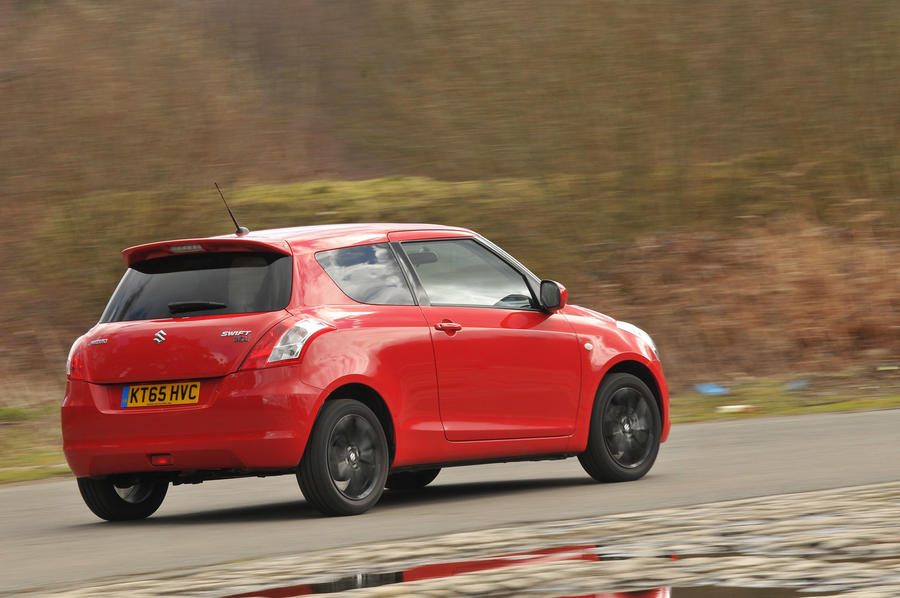 Question: My daughter wants a reliable first car and is considering a 2015 Volkswagen Polo and a 2015 Ford Fiesta. Any ideas? Marie Morley, via email

Answer: The Polo, while a near-perfect first car, isn’t the most reliable. It finished 17th out of 25 in the What Car? Reliability Survey and the Fiesta from the same period finished 16th. Why not consider same-aged alternatives such as the Dacia Sandero, Suzuki Swift and Skoda Fabia? All achieved a reliability score of over 97% in the most recent What Car? survey and will cost less. JW

Why BMW has changed its mind on EV platforms

The last sentence "some owners are not proactive" really is the fly in the soup of this survey. A pensioner chariot is always going to have far fewer internet searchs than a roadster/ hothatch etc.

Reliability is not the only issue buying used, safety is at least as important. The Dacia safety rating is below par, therefore should not be recommended, unless you buy it as a present to your mother-in-law.

Clearly shows the surveys and data are pointless!  You state don't go for the Polo but go for the Fabia - IT"S THE SAME CAR!