James Ruppert: the appeal of limited-edition cars is anything but limited

Just because a manufacturer only made so many of them, not all special editions carry a premium. Some are now in bargain territory
Close

There are times when you wonder whether car manufacturers actually like cars, let alone their customers. When it comes to their old models, most are not that interested.

Recently, though, Honda went above and beyond for a reader who wanted to know the provenance of his car. He owned a CR-V 2.2 i-CTDi Executive registered in 2006 and finished in white. The colour is important because these were apparently courtesy cars for the McLaren Formula 1 team. Sadly, the pernicious secret-squirrel influence of data protection laws didn’t help and the results were inconclusive, but Honda’s people tried and are still asking around, so good for them.

Limited editions aren’t always worth a premium but they can sometimes be easier to resell. Mazda has gone to town with limited-edition MX-5s over the years to the point where they’ve became meaningless. Never mind: they are such brilliant sports cars that whatever they are, it doesn’t matter. So a 2004 1.8 Arctic Limited Edition Blue I saw, with rusty arches, 100k miles and very average paintwork, was £750. A great project for less than a grand. It came with 15in alloy wheels, what looked like special sunlight silver paint and some chrome on the quarterlights.

However, we are in the middle of winter, so a 4x4 would be useful. What could be better than a Jaguar X-Type? I stumbled across a 2003 Indianapolis with 140k miles, which was up for grabs at £1250. It had one previous owner and seemed very tidy and didn’t have rusty wheel arches. But it did have special platinum paint, xenon headlights, reverse parking beeps and 18in alloys.

Then there was a 2006 Mini Park Lane with bonnet stripes for £1400. That is nothing to pay for a runaround. It had done 110k miles, which were all accounted for, and had no advisories on the MOT. It was leathered up inside, too, with heated seats and full-on climate control. What’s not to like?

Obviously, everyone adores Peugeot 205s, so a 1.6 Mardi Gras from way back in 1994 would be worth having. Especially with just 64k miles. The downside was an automatic gearbox, but I am old and getting tired so that seems fine to me, plus it was priced just below £1500.

Vauxhall seems to have cornered the market with limited editions, but they don’t excite me. I’d much rather have a 2004 Audi A4 Limited Edition, a 1.8T saloon. The one that caught my eye had done 125k miles, had all the mod cons and cost £2495. Details on the ‘limited edition’ part were rather sparse but, hey, this is a seriously cool German-built saloon. 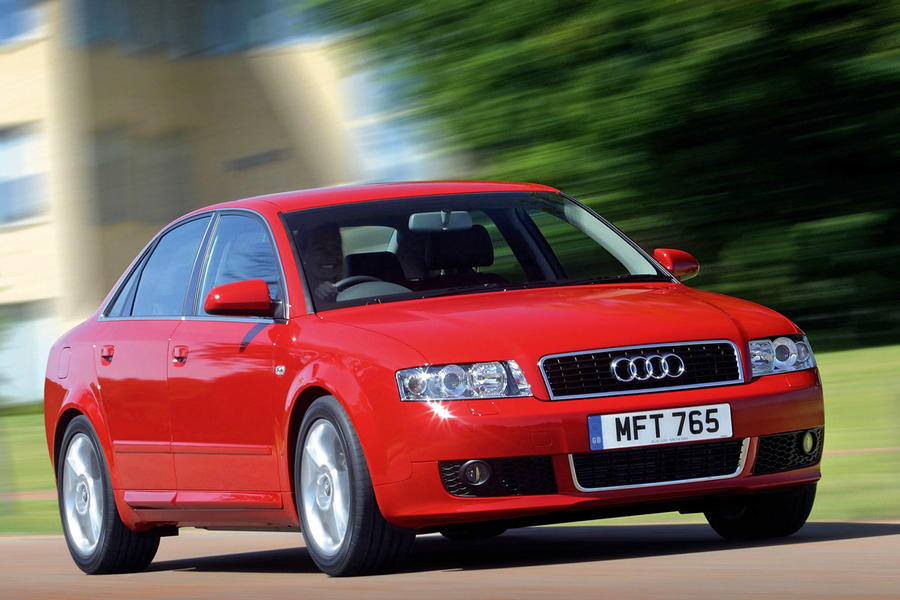 ‘Must have service history’ but what if it hasn’t, like this 2007-reg 9-3 1.9 TDi with 120,000 miles for £500? Perhaps the service book has just been lost. At least it has a year’s MOT. Dip the oil, check the coolant level before and after the test drive, look for exhaust smoke and warning lights, and listen for rattles. What else can you do?

Porsche Cayenne - 106,645 miles: After the Flying Pig’s headlight bulb went ping and we replaced that, it conked out again when we were on the move. At least it was only the nearside light that perished so we could see where we were going.

When replacing the bulb, there is a clever little access flap and a nut you twist to release the entire headlight housing. Brilliant. The trouble is, it doesn’t seem to grab the housing very securely and, although I have had a tinker, this needs a quick shove each time I drive the car. 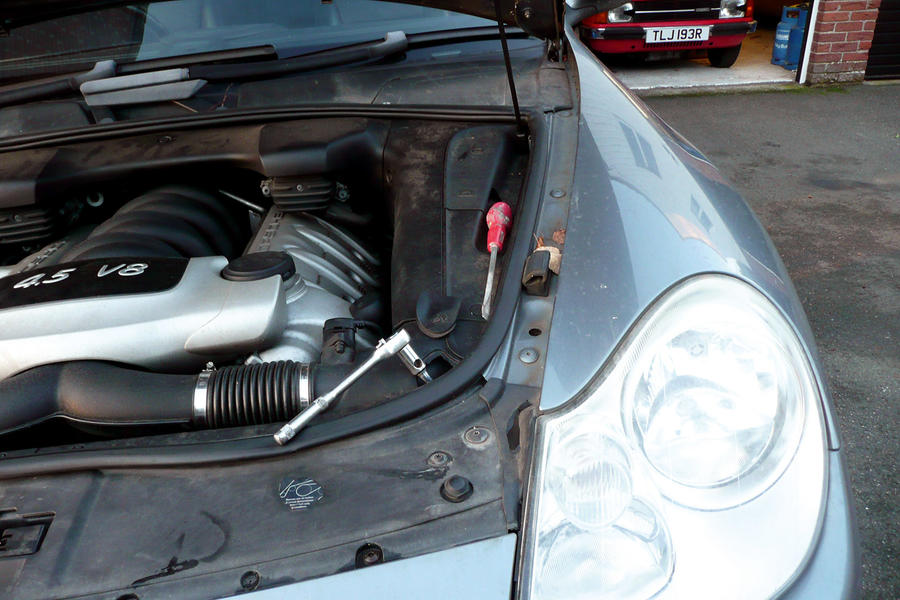 L is for Land Cruiser: Quite easily the best working 4x4 that anyone can buy. Never cheap – with even mega-milers from the mid1990s still commanding solid money – but worth every single penny. Not flash, just very hard-working, with the ability to tow anything and pack in lots of bodies and the stuff that comes with them.

What to watch out for? Copper injector seal problems, and suspension and gearbox damage if used hard. Farmers only sell when it’s worn out, which is worth remembering. A 2003 150k-mile 3.0 diesel with history is £4300. 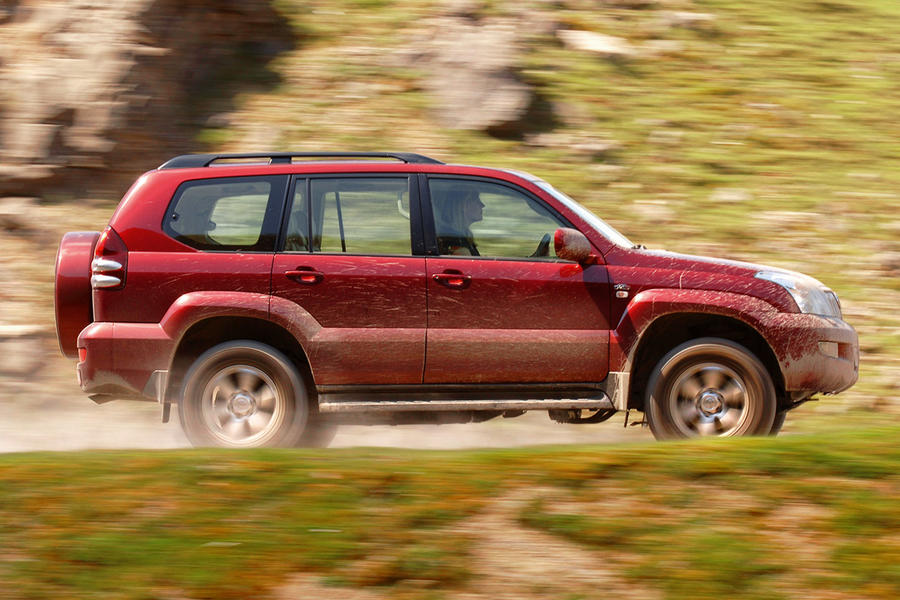 Q. I’ve been told I can be fined £5000 if I drench a pedestrian by driving through a puddle. True? If so, it seems unfair, given the number of potholes.

A. Soaking or splashing a pedestrian with your car is only an offence when it can be proved you did so deliberately. The offence is driving without due care and attention and the fine is a fixed penalty notice of £100 and three points. The £5000 everyone talks about is a worst-case one that could be imposed by a magistrate were your case to go to court. The best advice is to keep your speed down. 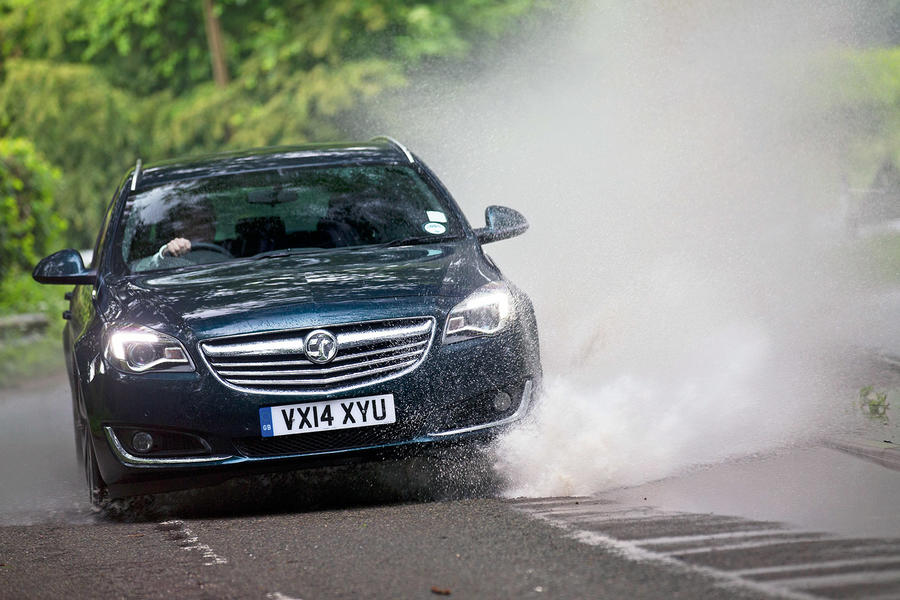 Q. I plan to buy an emerging classic this year but how do you spot them and which ones do you think I should be looking at?

A. Generally speaking, ‘bedroom wall’ cars that people had posters of as kids, a car your generation lusted after when it was new but couldn’t afford until now, genuinely innovative cars, rare and worthwhile special editions of sought-after cars… These are the motors to look for. Many have already been identified but, as their prices take them beyond reach, more will emerge. Our hot tips? Keep reading our Future Classic section each week.

James Ruppert: why cash is king for used cars​

Buy them before we do: second-hand picks for 7 February​

I'm not sure I believe this story. It may have been true in 2016, but 10 years previously McLaren F1 cars were Mercedes powered so it's hard to imagine that the team would want to upset its partner and main sponsor by ferrying it's clients around in cheap Japanese SUVs. It's far more likely that white CRVs were supplied to the police or other public service organisations who might want a neutral colour.