BACK TO ALL NEWS
Currently reading: Buy them before we do: second-hand picks for 25 October
UP NEXT
Renault Scenic returns as radical EV with hydrogen range extender

Buy them before we do: second-hand picks for 25 October

Looking for a perky Golf alternative? Look no further than the Seat Cupra
Open gallery
Close

Seat’s newly independent Cupra brand rekindles memories of the sporty Leon 1.8T 20v Cupra of 1999. Its turbo engine made 178bhp, good for 0-62mph in 7.7sec. Today, prices start at about £1000 for honest cars. In 2002, it was upstaged by the Cupra R, still with the same engine but this time producing 207bhp for 0-62mph in 7.2sec. Not a huge gain but what mattered more were its four-pot Brembo brake calipers, 18in wheels, quicker steering, stiffer suspension and deep front splitter.

Then, 12 months later, along came an even hotter version toting 222bhp and 0-62mph in just 6.5sec. This remains the one to have. Fortunately, there are still a few lingering in the classifieds – such as the 2005/05-reg with 94,000 miles that we saw. The one-owner car has full service history. The timing belt was changed at 69,000 miles and it passed its most recent MOT with no advisories. 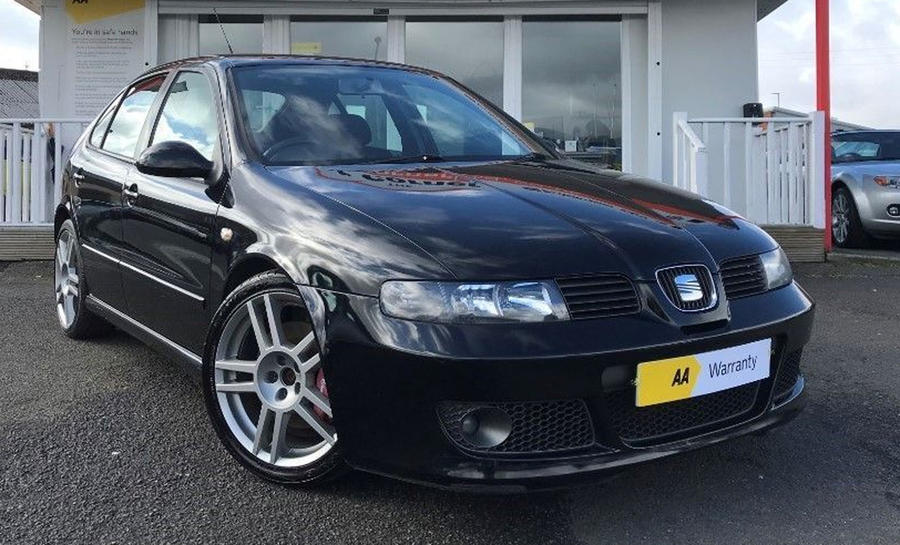 Just because it’s an old ’un, don't think the best it can manage is windy windows. There are four electric ones, front and rear, plus cupholders (this was a golden period for cupholders), air-con, a centre armrest, electrically powered and folding door mirrors, a USB socket and even Isofix child seat fixings.

Before we sign on the dotted, though, we’ll check the turbo’s not blowing smoke and that all underbonnet hoses and pipes are sound. Misfires are likely to be the coil packs. It’s done 94,000 miles so we’ll check the clutch, suspension top mounts and lower portion of the springs, feel for loose bushes, examine the doors for water ingress and inspect the kick panel behind the pedals for rust. 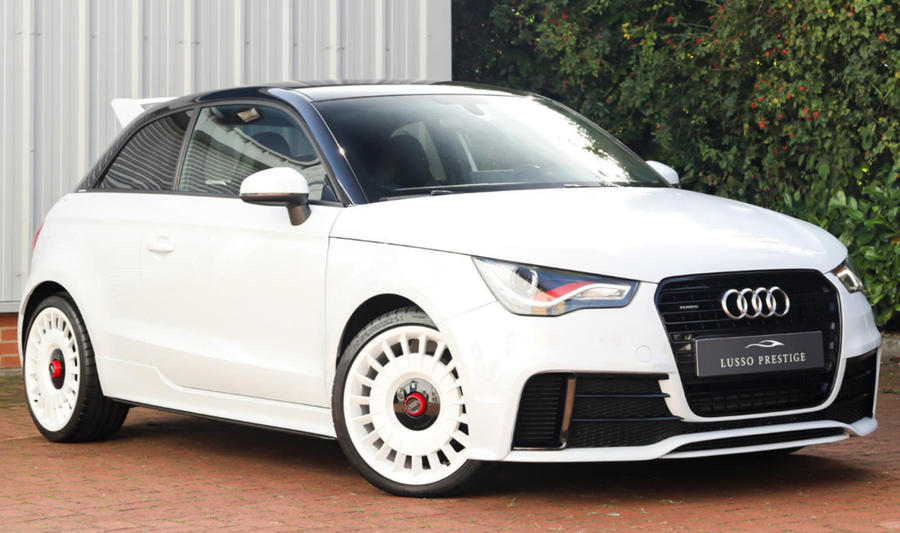 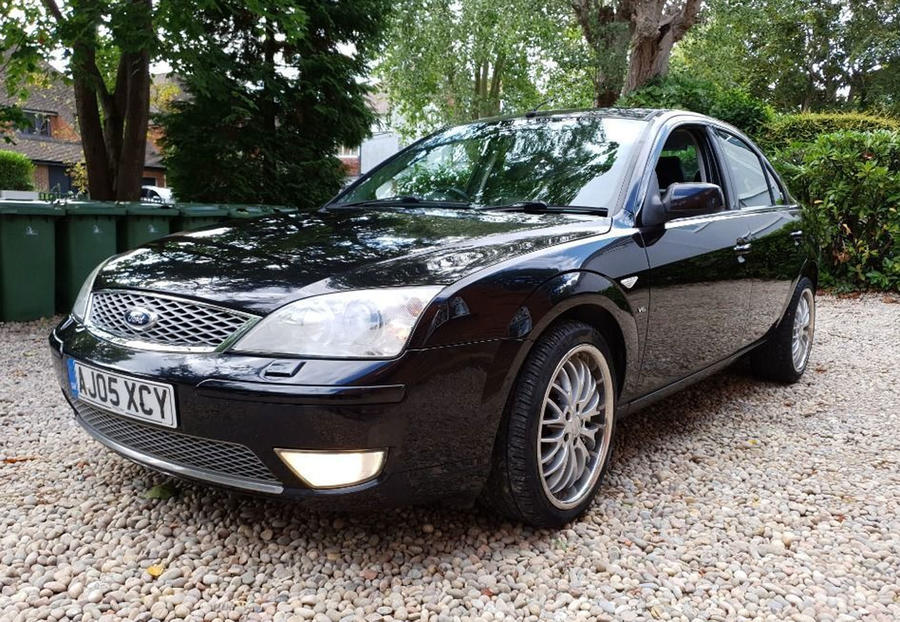 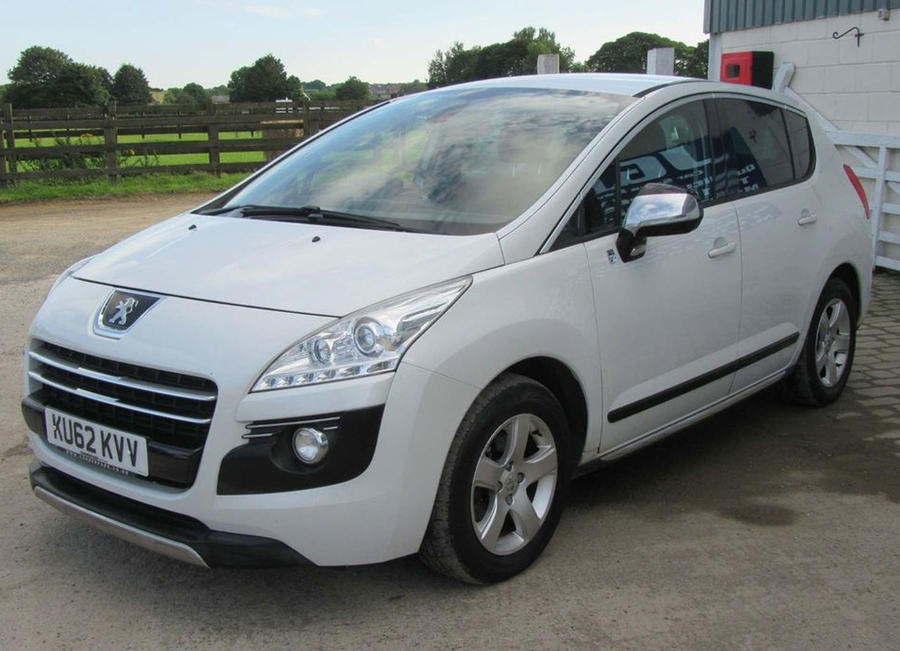 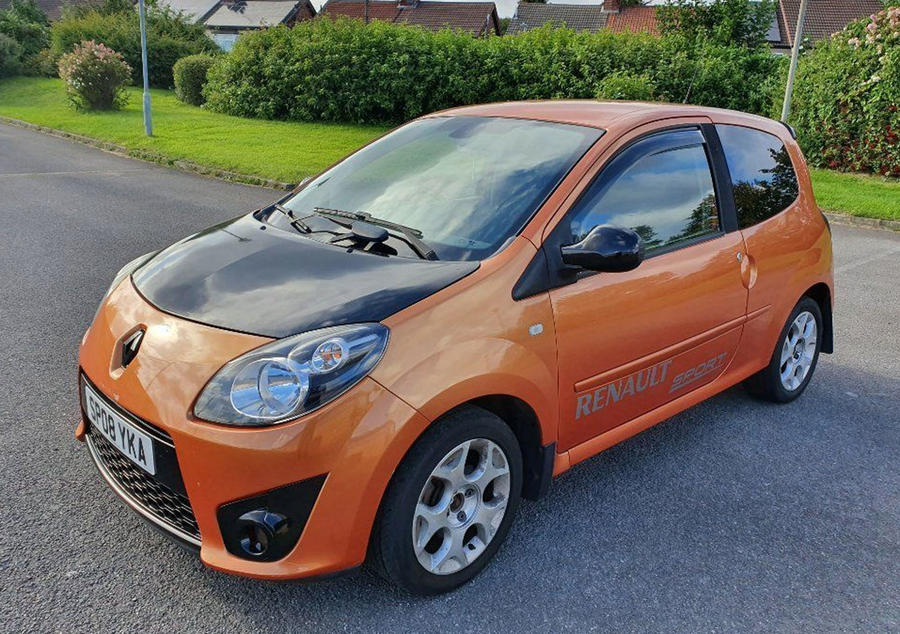 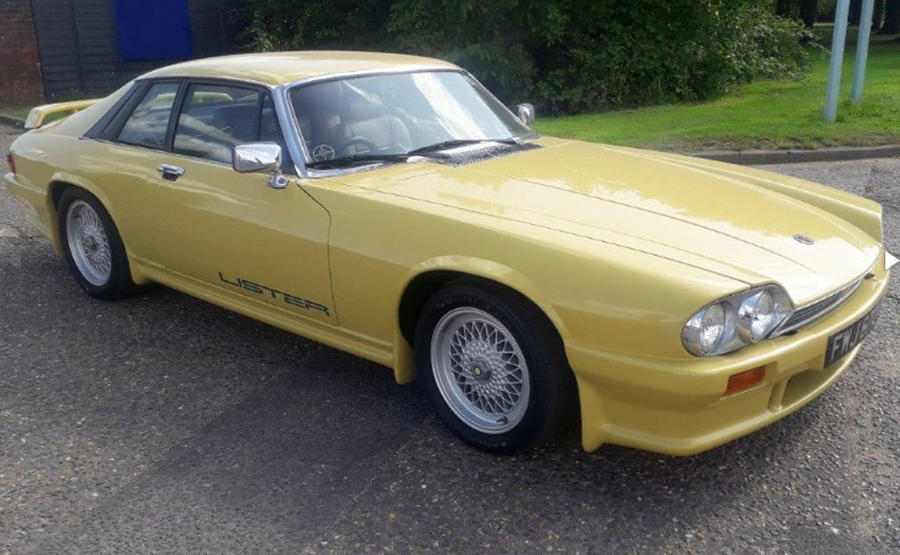 Jaguar XJS V12: It says ‘Lister’ on the side and indeed it’s wearing an official, factory-fitted Lister bodykit. However, the fact that it sold for £7500 is your clue that, underneath, it’s just a standard V12 coupé – in this case, a pre-HE model registered in 1980. Had it been the real thing, its 5.3-litre engine would have been enlarged to 6.0 litres or more and you could add another zero to the price. For example, last year, a 1990 Lister Jaguar XJS V12 Le Mans coupé, with 3000 miles and with its engine bored out to 7.0 litres to produce 600bhp, sold for £88,480. 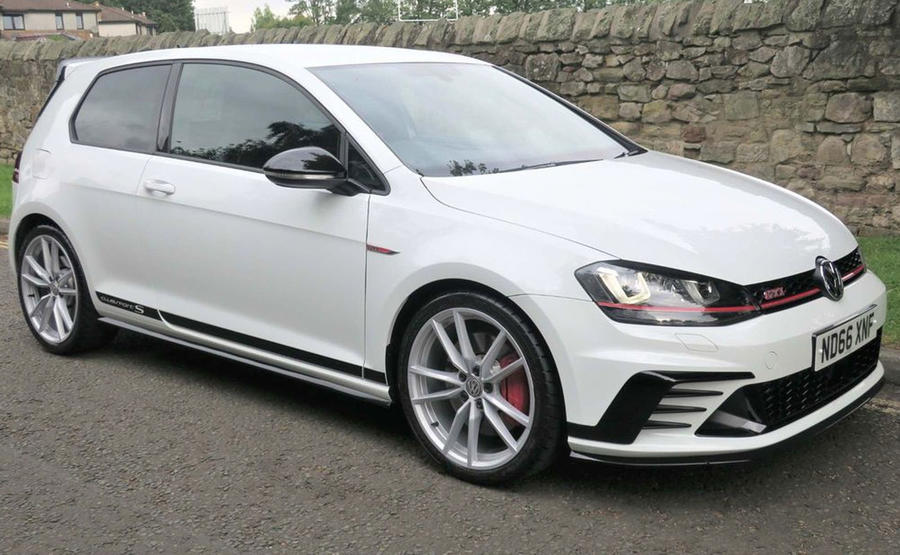 Volkswagen Golf GTI Clubsport S: Launched in 2016 to coincide with the Golf GTI’s 40th anniversary, the Clubsport S was the most powerful production Golf ever created, with 306bhp from its 2.0-litre engine. What’s more, it had less weight to haul around since the car had no rear seats. Four hundred were made and only 150 came to the UK, all of them snapped up ‘off plan’. Fortunately, the faith shown by those first customers was justified: Autocar awarded the car half a star over the regular, four-star GTI. New, the S cost £35,000. Today, used ones start at £30,000.

Clash of the Classifieds

Brief: Find me an iconic fast Ford for £10k. 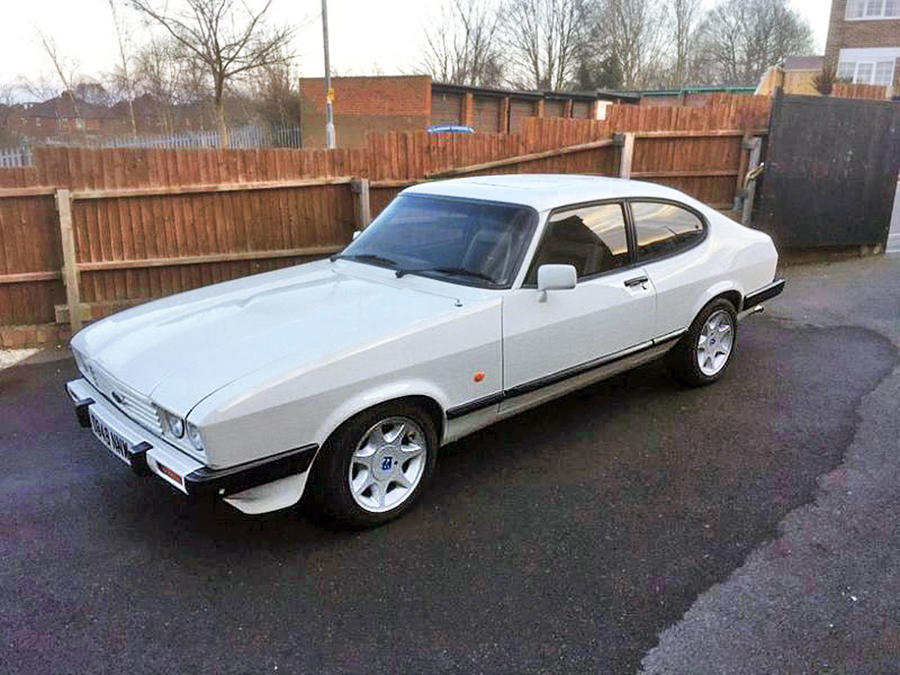 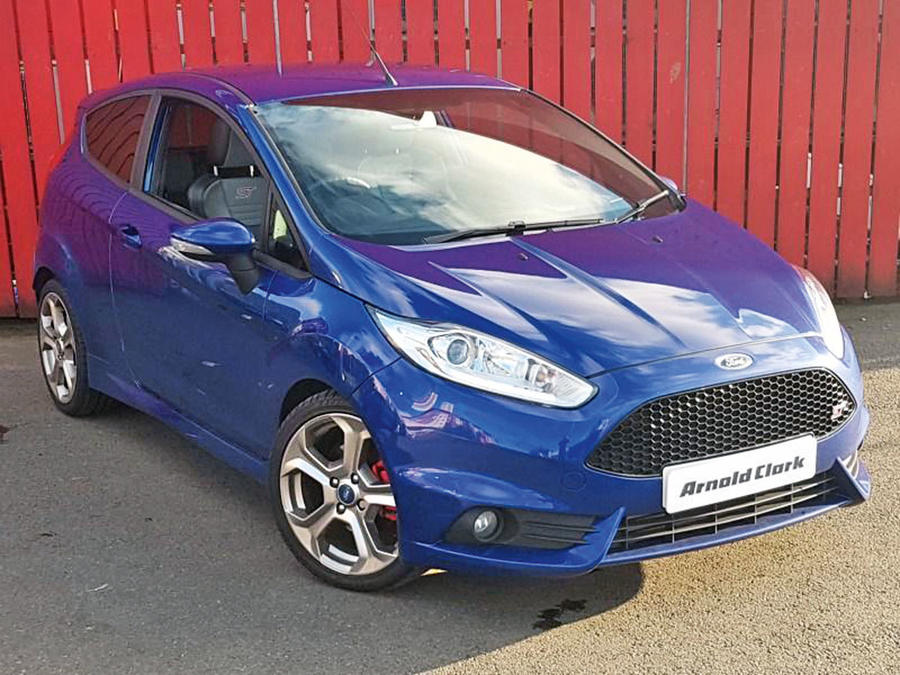 Mark Pearson: You gotta love a fast Ford, even if there has always been a whiff of the uncouth about them. Toppermost among them all, though, as a road-going hipster is surely the gorgeous Fiesta ST model of 2013-16. Punchy engine, slick gearbox, super-quick steering and bags of grip – and now amazing value, too. My 2016 car’s smack on budget. What blue oval have you chosen?

Max Adams: Hmm, the word ‘icon’ means a person or thing that is revered or idolised, and for many fast Ford enthusiasts, that’s gotta be a Capri. I’ve found a late Mk3 from 1987 in excellent condition with the very best engine and gearbox combo: a 2.8 injection with a five-speed manual. Corking.

MP: Ho, ho, ho, yes, lovely. Very old, though, isn’t it, and probably a bit smelly? And is that a live rear axle? A five-speed ’box? What happened to the rest? My car’s new and goes like the clappers and sticks like glue. It’s like an adorable puppy.

MA: You wouldn’t criticise a Vincent van Gogh painting for using lead-based paint, so why would you moan about my car using the best available technology of the time? No, your shopping trolley Fiesta is far too civilised against my occasionally wild Capri.

Verdict: Iconic – an overused word but it describes the Capri perfectly. I’ll take it.

Can you really claim the LC and LCR had the same engine? Only if you are willing to ignore the inter cooler and larger turbo on the LCR.
si73 25 October 2019

Can you really claim the LC and LCR had the same engine? Only if you are willing to ignore the inter cooler and larger turbo on the LCR.

Surely the base engine was the same 1.8 VW powerplant just with added extras, same as the A3 and golf.
Awesome cars though, after which seat seemed to lose its way.

Can you really claim the LC and LCR had the same engine? Only if you are willing to ignore the inter cooler and larger turbo on the LCR.

Surely the base engine was the same 1.8 VW powerplant just with added extras, same as the A3 and golf.
Awesome cars though, after which seat seemed to lose its way.