Leicestershire’s Noble M12 went down a storm when it was launched in 2001, and it still offers a whole tonne of fun at affordable prices today
Open gallery
Close

Mechanical complexity and expense mark out modern-day supercar ownership. But back in 2001, low-volume supremo Lee Noble launched his first eponymous model, the M12, which for the next five years held sway as not just a true Ferrari and Porsche rival but also one that didn’t break the bank to buy or to run.

With an original starting price of £44,950, the M12 GTO came to market with a simple but effective recipe: a steel spaceframe chassis clad with a Le Mans-style glassfibre composite body; suspension by double wishbones all round; and power from a then relatively new all-alloy 2.5-litre Ford V6 (plucked initially from the Mondeo) twin-turbocharged to produce 310bhp.

For a low-volume manufacturer, Noble achieved a high degree of production consistency, with fully trimmed rolling chassis supplied to its Leicestershire factory by South African firm High Tech Automotive. The Ford powertrain (infra dig to some but strong and thoroughly developed) was then fitted as part of final assembly.

The first M12 GTOs received a warm welcome by press and public. With its trademark ‘Darth Vader in the boot’ soundtrack from its Garrett blowers, a 0-100mph time of just over 10sec and a 165mph top speed, it combined blistering performance with taught body control, strong grip and engaging handling. 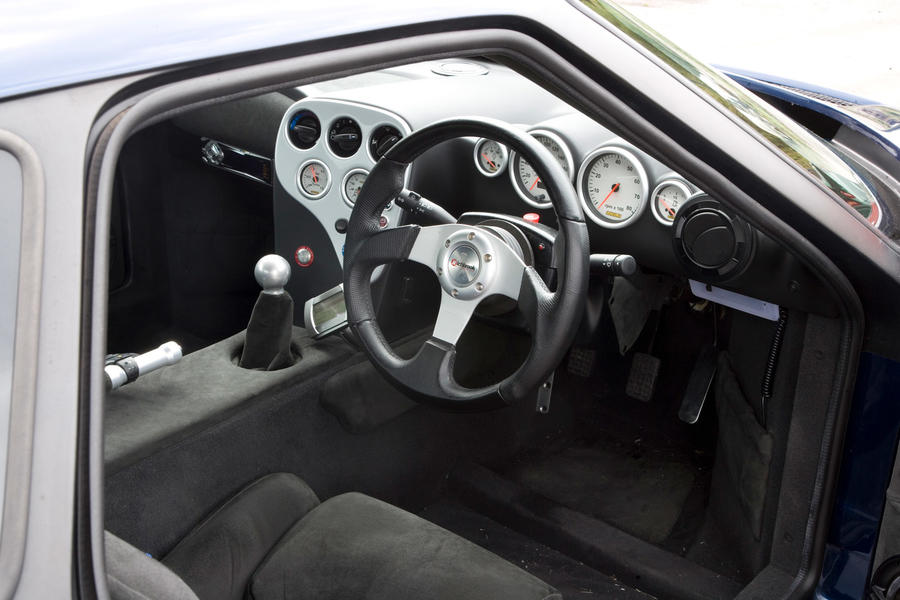 It was also surprisingly comfy on a long haul, with decent ergonomics and noise insulation, as well as a relatively compliant ride quality.

But the M12’s greater potential was obvious from the start, so in 2002, the GTO was replaced by the GTO-3, using the same Duratec unit but the 3.0-litre version from Ford’s Maverick off-roader. This increased peak output by 42bhp to 352bhp and brought a chunky increase in torque, reducing lag – but also banishing much of that signature turbo noise.

Identifiable by its faired-in headlights, the GTO-3R brought a slicker six-speed manual gearbox (the GTO and GTO-3 shared a weaker and more recalcitrant five-speeder) driving through a Quaife automatic torque-biasing differential to deploy power more effectively to the rear.

Then there was the pinnacle of M12 performance, the M400, its name representing the model’s horsepower per tonne. With 425bhp and a 0-60mph time down to 3.5sec, there were myriad technical changes: higher-lift cams, larger turbos, forged pistons and an oil cooler. Its chassis also gained Dynamics race dampers, a front anti-roll bar and Pirelli P Zero Corsa tyres.

An Alcantara-trimmed cabin and large side-pods for extra cooling are among the M400’s visual giveaways.

It’s not our favourite version of the M12, though. Because as a hugely capable all-rounder, the GTO-3R hits the mark every time. 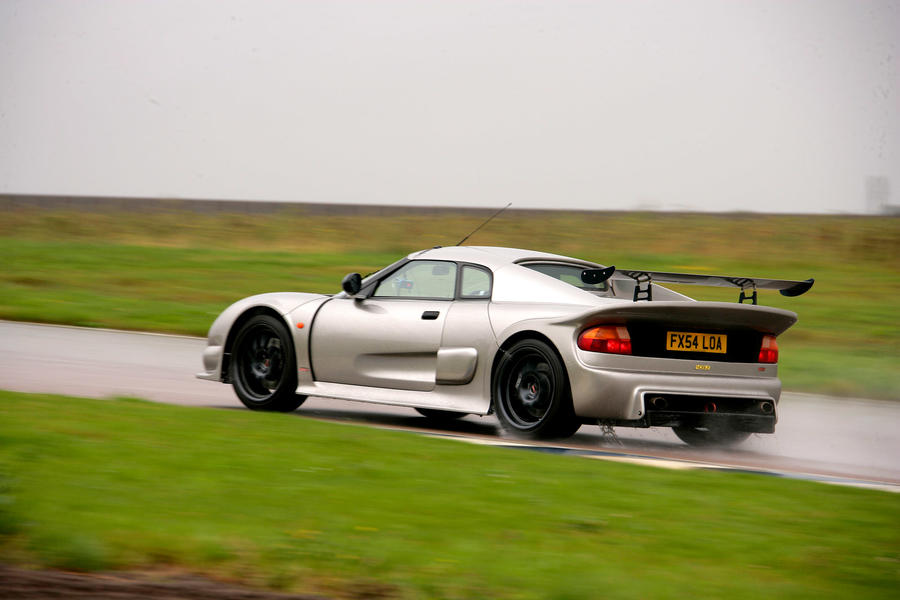 Matt Walton, Jetstream Motorsport: “The M12 is pretty reliable with regular checks and maintenance. Some of our customers drive them every day, and one has covered over 130,000 miles in his from new, including track-day use, and never had any major problems. We recommend an annual service, regardless of mileage. This includes everything from checking the hoses, oil and fuel lines, bushes and balljoints to checking the bolts that hold the suspension together. We also change the oil and filter, spark plugs, fuel filter and auxiliary belts, bleed the brake fluid and clean out the K&N air filters. It costs £555 – far less than an approved service for a Ferrari or Porsche.”

■ GEARBOX Pre-GTO-3R models fitted with the open diff and five-speed gearbox can be problematic. This ’box is generally weaker and can need rebuilding, especially if the car has done plenty of track work. Specialists like Jetstream replace the plastic cage bearings with steel ones and shot-peen and polish the gears to reduce imperfections.

■ ENGINE The M12’s engine is ‘bombproof’, according to Jetstream, with common faults restricted to just the exhaust manifolds being prone to cracking. Most will have been upgraded by now, but checking this is vital to avoid the £940 cost of a stainless-steel replacement. Early M12s also came with a standard Ford sump; for spirited driving or even occasional track-day use, a more heavily baffled and larger-capacity sump is recommended to avoid engine-wrecking oil surge.

■ SUSPENSION AND BRAKES Due to the M12’s low weight (1050kg), its standard brakes and suspension generally have an easy life. But if you plan to take yours closer to its limits, Jetstream offers two coilover kits. The first, at £1200, uses Gaz components, which retain the on-road compliance but can be adjusted for faster driving. The second, at just under £4000, was developed for racing; it uses Bilstein damper units and Eibach RS springs.

■ BODYWORK The body is well made and strong but can be prone to ‘spider cracks’ around the clam-closure fixing screws and rear wing. Microblisters can appear in hot conditions or if the car is stored in a damp place; if either occurs, the only fix is a professional repair and repaint.

■ ELECTRICS These are fairly simple and troublefree. High engine temperatures can cause melting of the wiring’s protective coating, but this is preventable by covering it with a heatproof sleeve. Moisture ingress can affect the fuse and relay blocks, which aren’t as well sealed as in most mainstream cars.

Power upgrades are common. They generally start with adding more boost, a bigger intercooler and a hard-pipe kit. After that, a larger turbo, a freer-flowing exhaust and an uprated fuel pump are needed to get up to 480bhp. 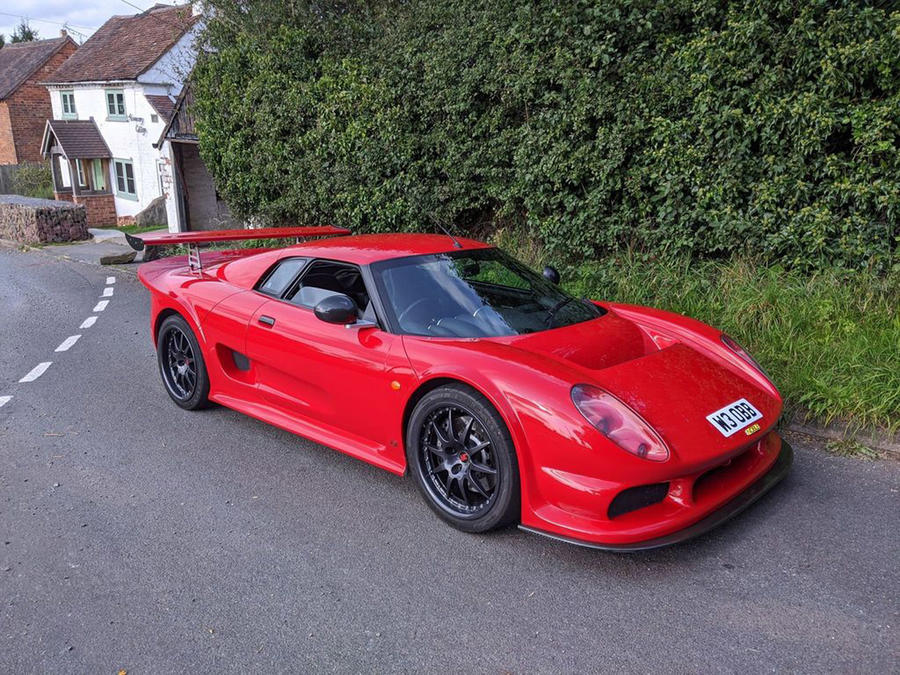