More high-speed express than B-road hooligan: that was our verdict on the E92 M3 coupé of 2007-13 (there’s also an E90 saloon and E93 convertible). Its 414bhp 4.0-litre V8 could still make your spine tingle, said our testers, but there were concerns regarding both fuel consumption and the limitations of its rear-drive layout.

That said, we praised its layers of sophistication and ability to bring a little happiness to the daily grind, the latter being a quality that a good used one is still capable of to this day. And by ‘good’ we mean one with a full service history which, to be clear, must conform to the official schedule using the correctly specified oils, plugs, filters and fluids.

Tales of failing big-end bearings, possibly caused by tired oil or even low oil levels (there’s no dipstick, so you’re reliant on the car’s less reliable display to tell you how much there is) are too numerous to chance your luck with anything less. It should include the 1000-mile running-in service, although some specialists say the value of this is over-stated and was only a warranty requirement. 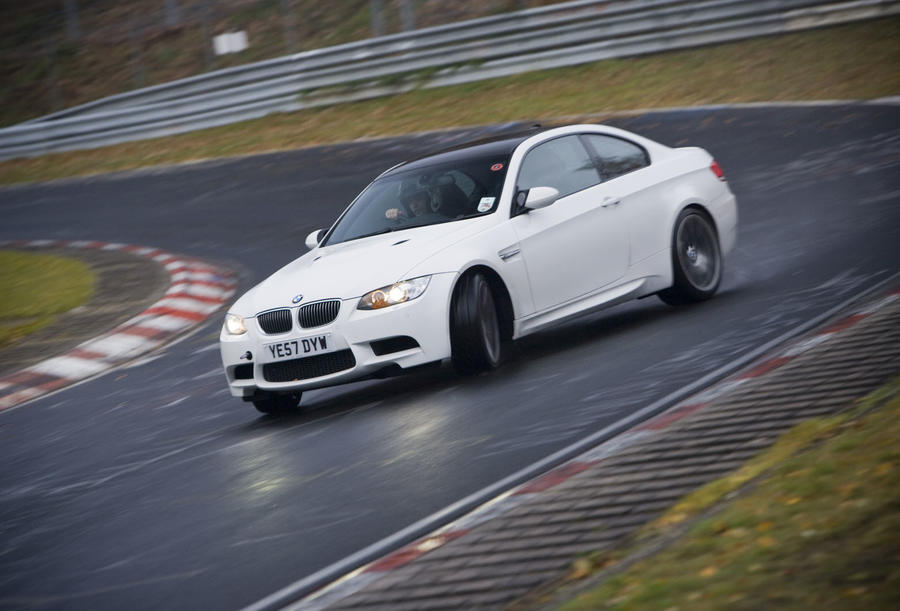 Today prices start at around £12,000 for a car which, in coupé form, cost from £51,000. It arrived in 2007 with a six-speed manual gearbox, Variable M-differential lock, dynamic stability control and the choice of three engine settings. Electronically adjustable damping (EDC) was an option.

A seven-speed dual-clutch automatic transmission (DCT) was optional. It was the first time BMW had used the new gearbox but it has proved to be reliable. Its Drivelogic feature allows the driver to fine-tune gear shifts. Purists dislike it but it was much more popular, more efficient and is, frankly, a lot more fun. Just check, if it’s an early M3, that the 2008 recall concerning its control unit was followed through.

The coupé’s carbonfibre-reinforced plastic roof makes this version even lighter than the porky convertible that arrived, along with the saloon, in 2008. That said, the soft-top is a properly stiff motor with little scuttle shake, albeit not as sharp a handler as its sister cars. 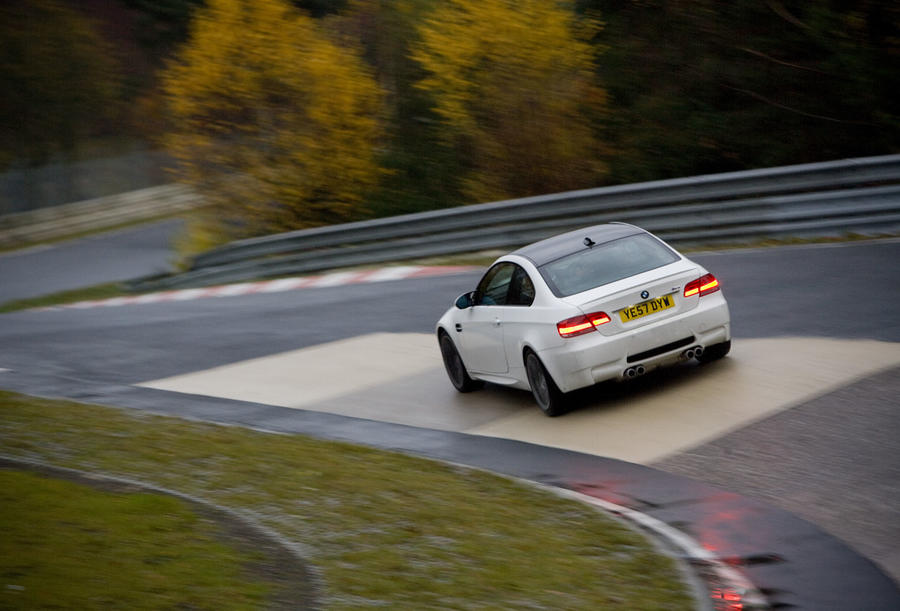 There are far fewer saloons (which also has a carbonfibre roof) for sale today but it’s an appealing thing: more practical than the other two versions and more in keeping. We found a 2008/58-reg, with 64,000 miles but only a ‘good’ BMW service history, for £14,950.

In 2009 the M3 Coupé Edition arrived sporting a 10mm-lower ride height, a tweaked cabin and new colours. It was followed, in 2010, by the Competition package, with revised EDC and DSC settings, and later the same year by the GTS coupé powered by a 4.4 V8 with 444bhp. It sold out immediately and today they’re serious bucks. The Limited Edition, and the M Performance Edition with lowered suspension, launched in 2012 and saw out the M3 with a bang, the aftershocks of which are still being enjoyed to this day.

Jags Bhamra, founding director, BMSport: “I prefer the saloon to the coupé and convertible. It’s more discreet as well as practical, but all three are reliable. There’s the occasional leaky gearbox sump and failing throttle actuators, but otherwise they’re tough. If any are troublesome it tends to be those that have been over-cared for, as in valeted and detailed every weekend. You’re better off with one that looks like it’s rarely seen a bucket and sponge. As long as it’s had its oil and fluid changes, it’ll be fine. The only mod I might make is a fruitier exhaust, something like a Supersprint. Also consider a custom remap to improve driveability.” 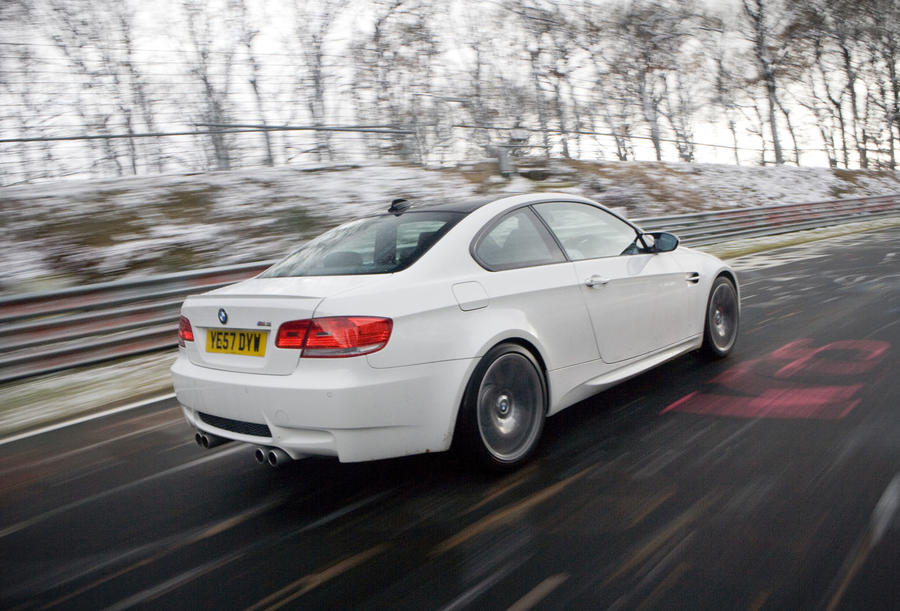 ■ Engine: Some specialists report failing big ends. It’s not mileage-related and the advice is to have them replaced before they fail – it costs around £1500. Infrequent oil changes is a possible reason. Poor throttle response could be failing throttle actuators, uneven tickover is faulty ignition coils and lumpy acceleration a faulty injector. Check the oil level using iDrive.

■ Transmission: Manual and DCT gearboxes are tough but extreme driving modes for the transmission and rear diff stored in the iDrive system suggest a hard-driven car, so check all works as it should. The DCT is sealed for life but a 60,000- mile oil and filter change doesn’t hurt. In any case, its plastic sump becomes brittle over time and weeps oil. A fluid and sump change costs around £500.

■ Suspension and brakes: Check the optional EDC dampers for leaks. The M3 is heavy so feel for worn bushes and general looseness over bumps. Check rear brakes for seized pistons; check tyres for uneven wear. Factor in the cost of a geometry check of the fully adjustable suspension. 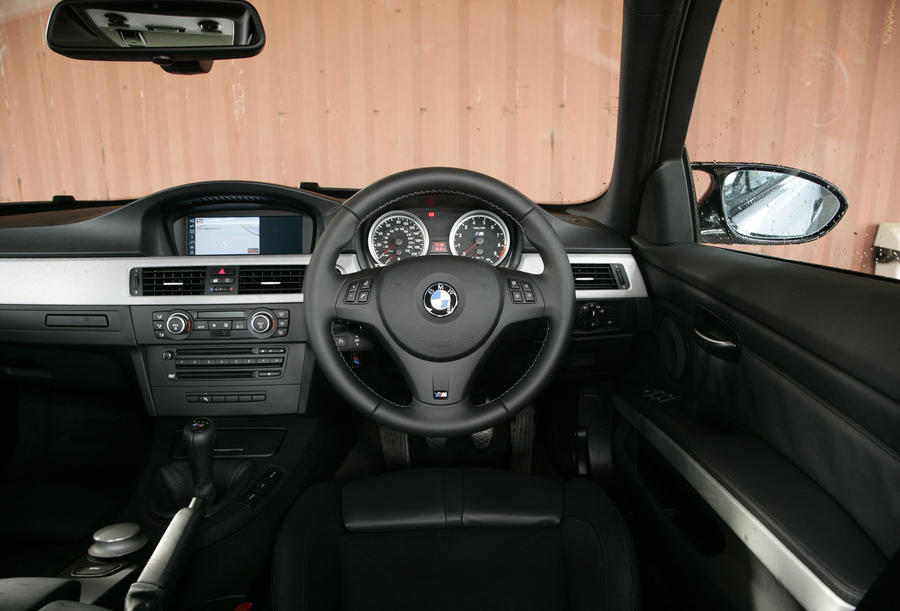 You can check the service status of the oil, brake pads and fluid and cabin microfilter via the dash information centre on early cars and iDrive on later ones. The key also stores the service history: put it in the ignition and check what’s been done and what’s due. 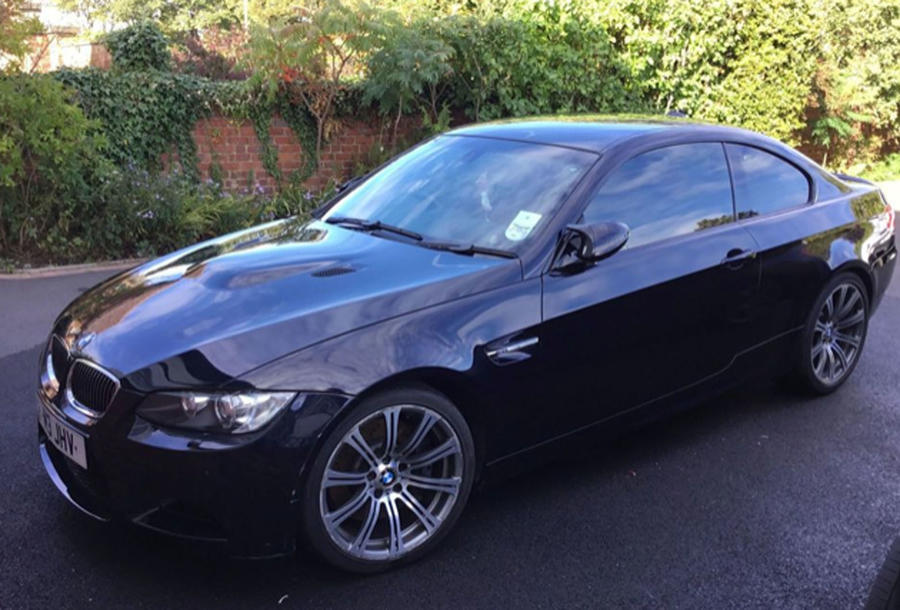 Unreliable and costs loads to run

The rod bearing issue in these engines is a joke, affects every year even the "updated" post LCI ones. These cars are very expensive to run. BMW got it spot on with the e46 m3, the e9x M3 marks the start of the decline in build quality for BMW. They still haven't found their way back. Oh also it really does seem BMW have never made a reliable v8.

The E90 M3 saloon didn't have the carbon fibre roof, not even the limited edition CRT (which I've always thought was strange).  The first M3 saloon to offer this was the F80.

Anyway, a brilliant engine in these - five consecutive International Engine of the Year awards.

I would add that FSH for these models does not necessarily mean it has to have a stamp in the book every year, because of the Condition Based Servicing. As the article says, check the service status through the iDrive.

As far as costs are concerned, consider annual VED (which is in the maximum band, if I recall correctly) as well as the fuel expenses.

Given your continual disdainful dismissive comments on the standards of Autocar journalism, why don't you put your talent where your mouth is and apply for a position as a freelancer, submit various articles and let us know when they are due to appear...never I suggest.