Never say never for a 503bhp twin-turbo six-cylinder Supra, even if Toyota has yet to ask the question
Share
Open gallery
Close
Share story

New BMW M division president Markus Flasch has left the door slightly ajar for the supply of his firm’s latest six-cylinder performance engine – the 503bhp S58 unit destined for the 2020 M3 and M4 – to Toyota for use in a hotter version of the GR Supra.

Although the new-generation straight six has so far been fitted to only the X3 M and X4 M Competition performance SUVs, it is due to be installed in all of BMW M’s next generation of compact high-performance models, from the M2 coupé upwards. And, in a break from convention, it’s possible that it could feature in a high-performance Supra, too.

So far, no expression of interest from Toyota has been made, according to Flasch. But if the deal was done, it would make it the first BMW M engine to be sold as a customer unit, and to feature in a third-party car, since the McLaren F1’s S70 V12.

In conversation with Autocar, Flasch said: “We’ve certainly made no offer to supply the engine to Toyota – and no request has been made, as far as I know. But it’s an interesting idea, if unlikely for now. It would be a lot for us to give away, you might say. But I’d never say never.” 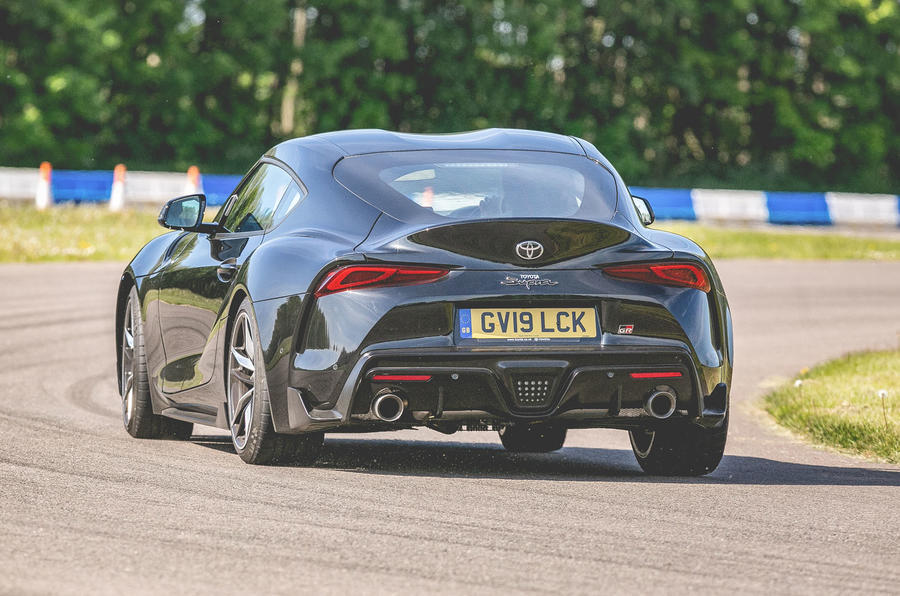 The GR Supra currently uses the B58 3.0-litre straight six engine from which the S58 was developed, although only 10% of parts are common between the two power units. A lack of power compared with some cars at its £50,000 price point has been a criticism levelled at the Toyota during its initial market reception. The S58 BMW M engine would provide Toyota with the head room to move the car up to 476bhp or even 503bhp, in a motor that would likely be easy to package in the car.

“As a rule, we don’t offer BMW M engines to third parties because we consider them such a strength of our cars,” Flasch added. “I think it would be a hard decision for a lot of the team to accept – particularly with the S58 being so new. Why would we sell it before we had a chance to use it ourselves in all the places we plan to?" But, as Flasch said, never say never.

It’s going to happen , has to , BMW has there competition pack which is bound to appear on the Z4, can’t see BMW saying no to Toyota, can we....?

Interesting to see on Carwow that despite supposedly having the same power as the Z4, and only being about 40kg lighter, the Supra was much quicker than the BMW. Either the Toyota has more power or their superior engineering and technical prowess has enabled them to deliver more from the same building blocks as BMW.

A difference in gearing is a

A difference in gearing is a more likely explanation for the differing acceleration times, Toyota will probably have wanted a more responsive sports car so opted for different gear ratios (in the same box) or fitted a different final drive ratio, where BMW are looking for a bit more of a tourer, hence longer gears and slower acceleration.

If the deal does go thru, it'll cheapen the value of current and future M3s. For those of you that have laboured and worked over-time so ya can afford your M3, I reckon this will piss directly in your pint...

the Supra with an M3 motor will be half or a quarter the price of a REAL BMW M3 so that every yobbo that flips burgers at MickyDs will be able to claim THEY have the best saloon-killer.

If the deal does go thru, it'll cheapen the value of current and future M3s. For those of you that have laboured and worked over-time so ya can afford your M3, I reckon this will piss directly in your pint...

the Supra with an M3 motor will be half or a quarter the price of a REAL BMW M3 so that every yobbo that flips burgers at MickyDs will be able to claim THEY have the best saloon-killer.