BACK TO ALL NEWS
Currently reading: Buy them before we do: second-hand picks for 21 August
UP NEXT
China in your hand: Wuling Mini EV driven

Buy them before we do: second-hand picks for 21 August

Given the choice, many buyers of executive cars would find it hard to resist a fully fledged luxury car for similar money. So here’s one such quandary: buy a new Audi A6 – you can get the entry-level 40 TDI Sport for £36k with a discount – or an Audi A8 that’s barely two years old for less?

You’d be forgiven for thinking that I’m talking about the old model, but I’m not. You really can buy the latest A8 for less than half the price it was new. It has the up-to-the-minute twin-touchscreen technology that’s being stuffed into all the refreshed Audis, plus it comes with a smooth 3.0-litre V6 diesel engine rather than a mundane 2.0-litre four. And the A8 will have an interior that’s a notch higher in quality than an A6’s since it’s the flagship of the line-up.

It wouldn’t be surprising if the two aren’t so far apart in terms of running costs. Sure, the A6 will cost less in fuel, but both have mild-hybrid technology, so 40mpg should be achievable, particularly if you spend much of your time on the motorway. Each attracts the highest rate of VED. 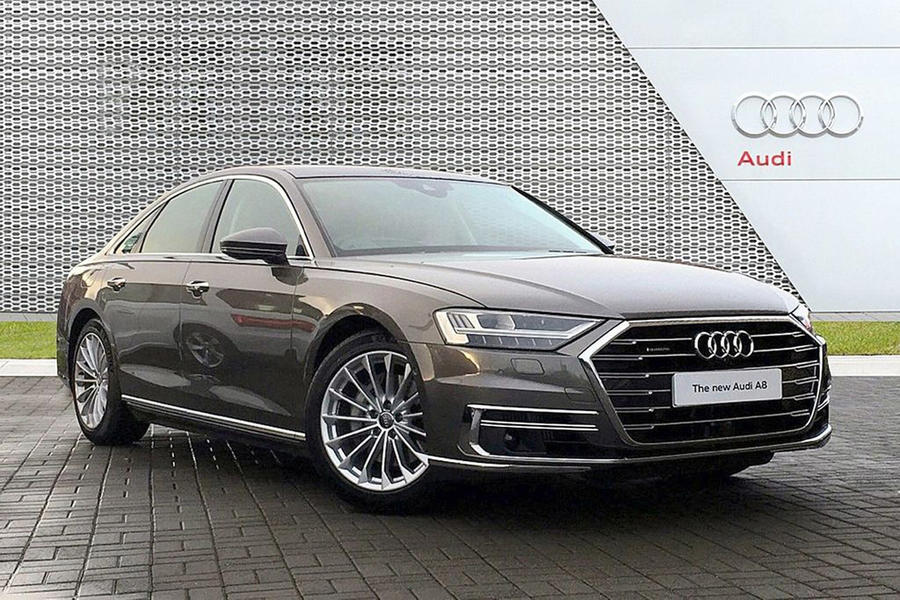 There have been a few recalls for the latest A8, including issues with rear shock absorber forks, missing retaining clips in active head restraints, problems with the passenger front seat rails and a gearbox oil leak. Most used examples will have been sorted out by now, especially if you’re buying one from a franchised dealer. 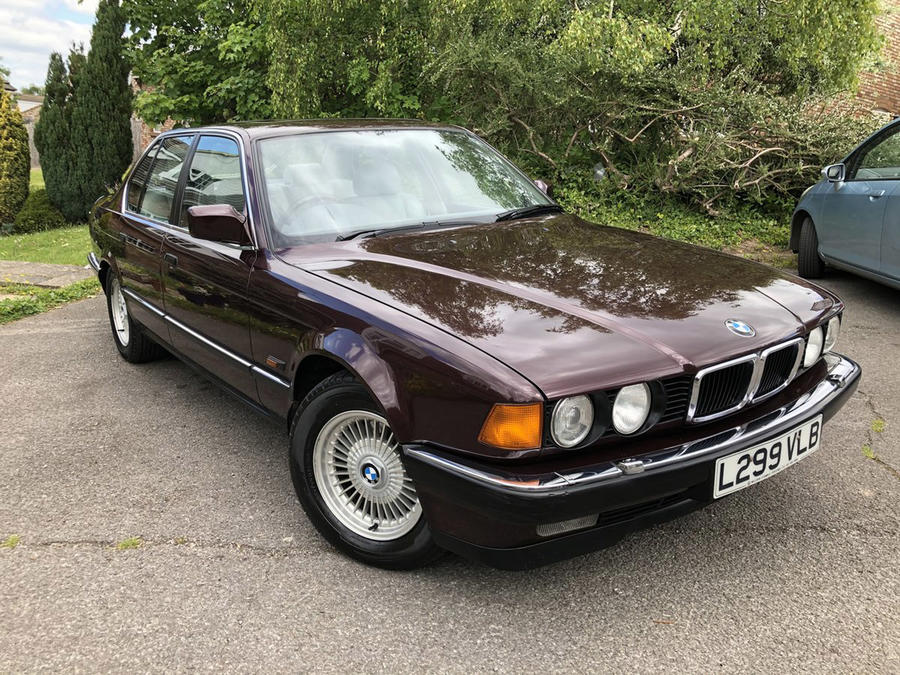 BMW 730i, £5400: The E32-gen 7 Series is probably the best of BMW’s luxury lineage. It predates the firm’s foray into V8s with failing plastic timing chain guides yet still feels modern enough in today’s traffic, even this 1993 example with 140k miles under its belt. 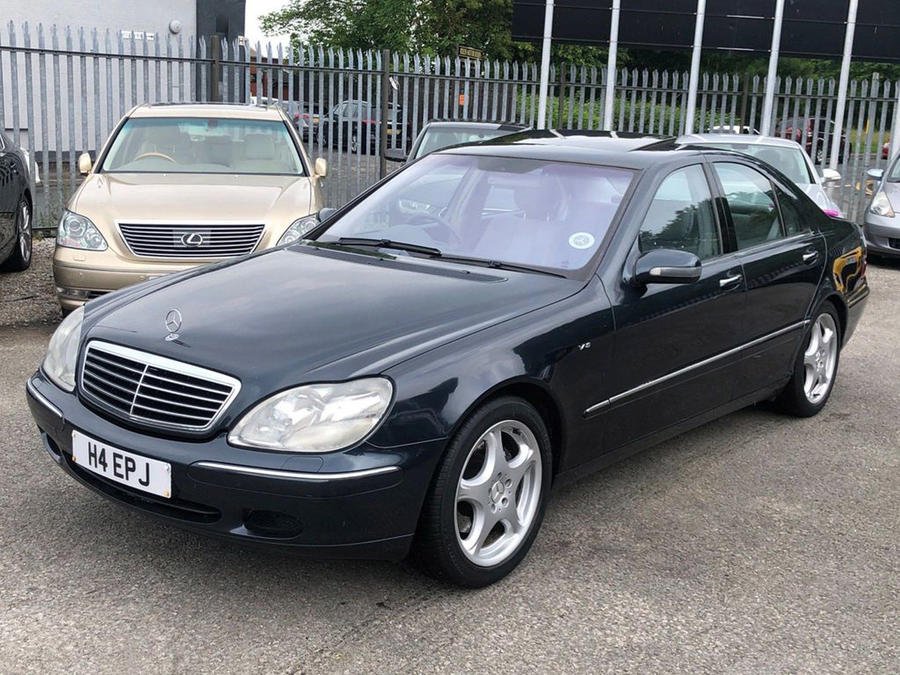 Mercedes-Benz S-Class, £2750: If the others seem a bit rich, how about a cheap version of what was once the best car in the world? This 81k-mile S430 V8 with a full service history and only two owners is a tidy and rust-free example for very little money. It even has cooled seats! 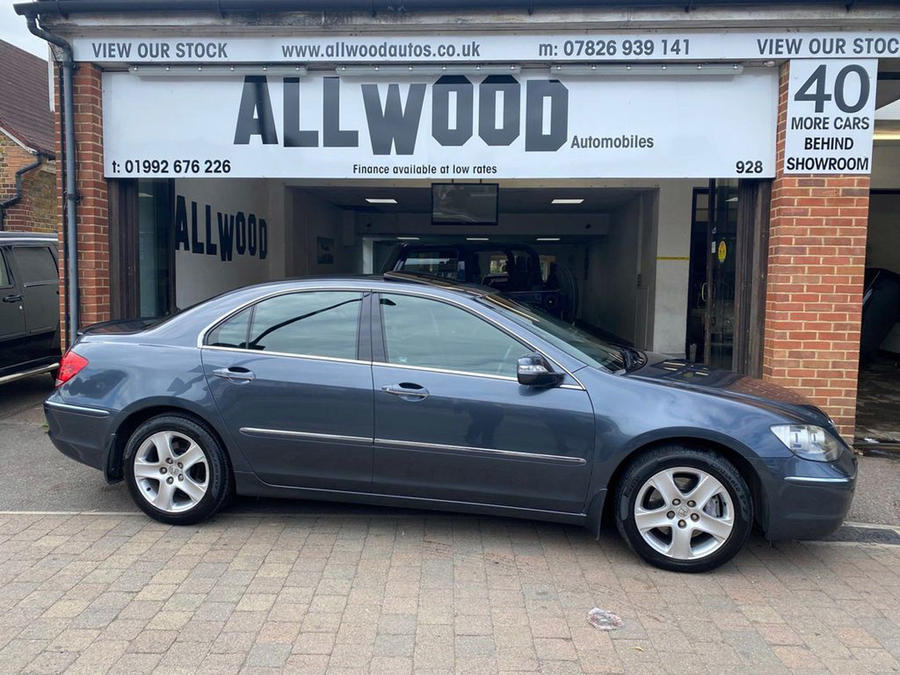 Honda Legend, £4995: This isn’t the cheapest Legend but it is one of the youngest and has a full service history. It comes with the super-handling AWD system to deal with the greasiest of conditions, plus its 84k miles will be nothing for a dependable Honda. 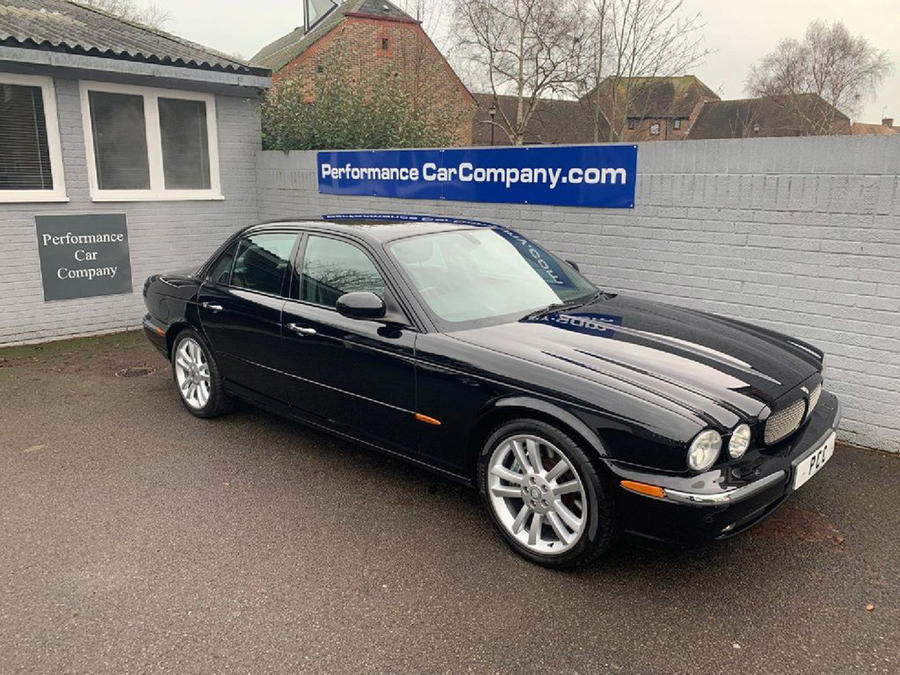 Jaguar XJR, £9995: The X350-gen XJR is great since it looks like a car driven exclusively by old-timers yet has a 400bhp V8 capable of sprinting to 60mph in five seconds. This 2004 car has less than 67k miles, a full service history and evidence of big money spent on it. 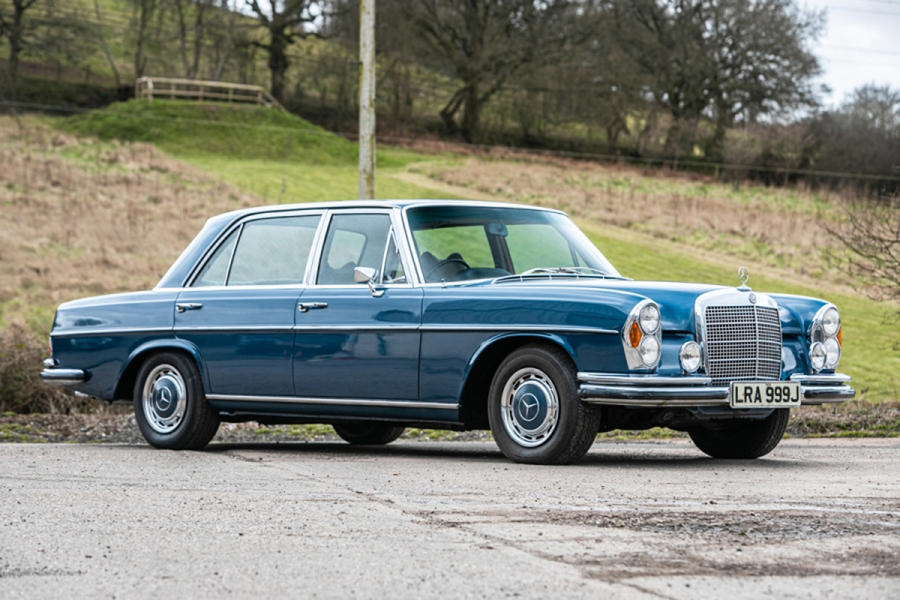 Mercedes-Benz 300 SEL: The W109-series is a glorious-looking forerunner to the S-Class and no doubt the new owner was rather taken with this metallic blue example, sold recently at auction for £21,600. That sum got you a show-quality car a few years ago, but today prices are creeping up towards £40k for the best. This particular motor was said to be a good, usable classic with a few flaws. It has been repainted and has just been fettled after seven years of storage. It has the more widely available M116 3.5-litre V8 with a reputation for being pretty durable. 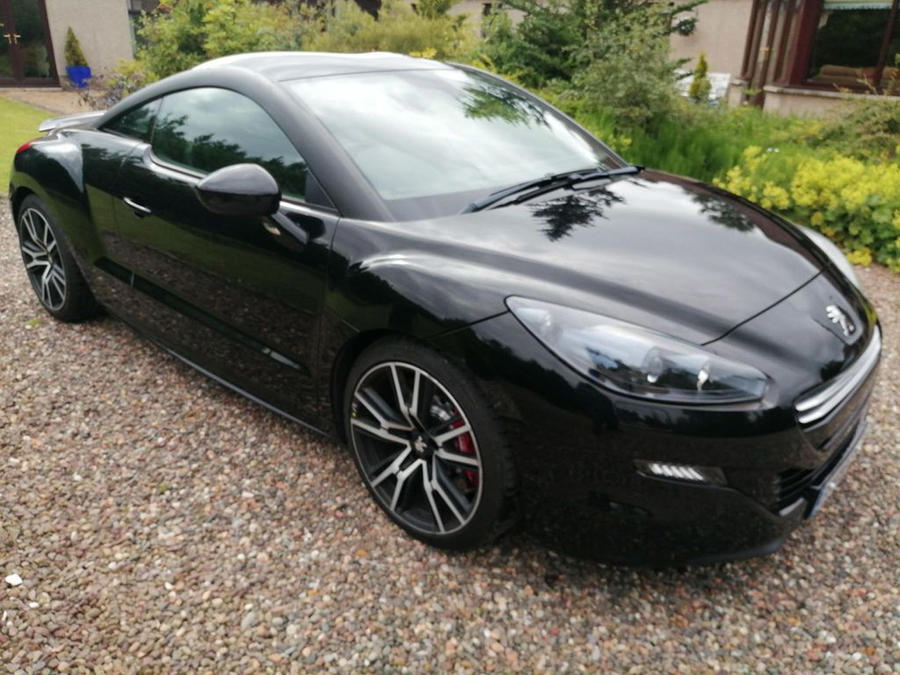 Peugeot RCZ R, £14,950: The regular RCZ was a sheep in wolf’s clothing, but the Peugeot Sport-fettled R version was something special. For a start, you would never guess that it was a mere Berlingo van underneath if you’d just taken it for a hard drive. That’s how extensive the alterations were. Mind you, so they should have been, considering the R cost £5000 more than the ever-popular Renault Sport Mégane at the time. This made the R a slow seller and ultimately quite rare. A perfect combination for future collectability.

Brief: Find me a cheap Italian load-lugger for £3000, please. 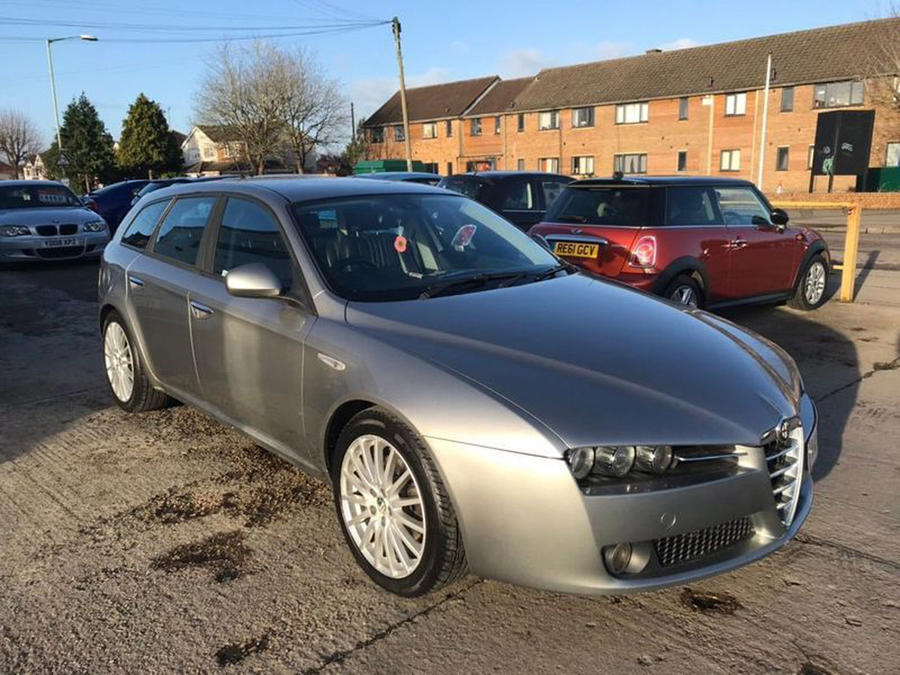 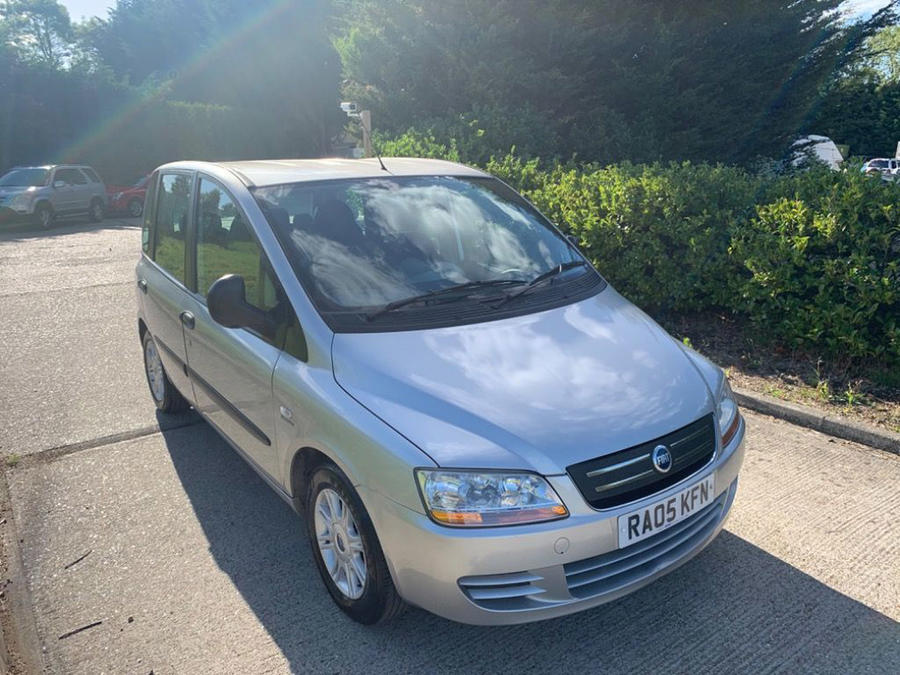 Mark Pearson: It makes perfect sense to want an Italian car, especially at the cheaper end of the market, and of course there are times in your life when only a load-lugger will do. So may I present one of the best-looking cars of all time, the 159 Sportwagon, which matched its drop-dead gorgeous looks with quick steering and dynamic abilities good enough to make a keen driver weep. What’s that you’ve got, Max? Has it been in an accident?

Max Adams: You won’t be looking quite so good standing next to half the items you thought you could fit into that poky Sportwagon. No, if you want maximum cargo-carrying capacity, you must go for the criminally underrated Fiat Multipla: a car that carries both people and luggage thanks to an ingenious six-seat layout and a big boot.

MP: But even a relatively clever MPV is still an MPV, Max, whereas my 2008 Alfa is a sports car, good and proper, with an estate rear end. It’s practically an FF…

MA: Rubbish. The only thing ‘sport’ about it was the name. That 1.9-litre diesel also powered the Vauxhall Vectra for a time and the 159 was far too heavy and cumbersome to hold a candle to the lithe Italian cars of yesteryear.

MP: But I can drive my car in daylight, whereas you will have to wait until it’s dark…

MA: As Carly Simon once sang, you’re so vain.

Verdict: I’ll compromise with a 159, thanks.

I have a hunch

that the Jag (esp. this one) may well keep all of its value. Why? Because there is absolutely nothing that looks like a Jag. And therefore, in time, become more desirable, not to mention rarety.
No slouch either!
Should I be sharing this?!
Lol
harf 21 August 2020

I must be an old gambler

That is true, it does look magnificent

Plenty to go at there, but if I was signing the cheque it would be to pay for the Honda.