BACK TO ALL NEWS
Currently reading: Buy them before we do: second hand picks for 19 November
UP NEXT
Hope for Bloodhound LSR project as sponsor talks start again

Buy them before we do: second hand picks for 19 November

The Japanese have become renowned for their sports cars over the years. A huge selection of performance machines are available across a wide variety of budgets - here are some of our favourites.

Many owners lovingly give their cars personal nicknames, but the Nissan GT-R has earned its own already – and ‘Godzilla’ is richly deserved. It started with the R32 Skyline GT-R, which stormed to the 1991 Australian Touring Car Championship title ahead of the previously dominant Ford Sierra Cosworth, leading the Aussie media to name the car after Japan’s famous ‘king of the monsters’.

It will still do a number on many supercars today, and few were able to top its blistering 7min 26.7sec Nürburgring Nordschleife lap.

The GT-R cost a relatively meagre £52,900 at launch, which played a key part in cementing its appeal.

Power was uprated to 523bhp in 2010, when the model also received a stiffer body for improved stability. A new carbonfibre strut was implemented into the engine compartment, too, as were larger front brakes and modified dampers. A few changes were made to its exterior design as well, with the addition of a wider front grille and a carbonfibre diffuser that helped to increase downforce by 10%. 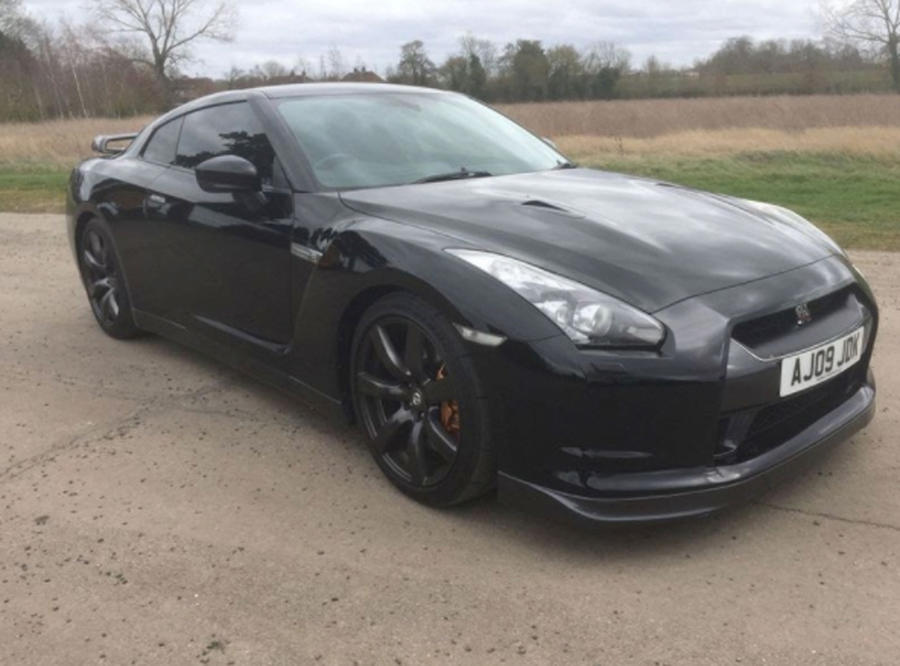 The GT-R received two further facelifts in 2011 and 2017, adding extensive design changes and power increases, plus there are myriad special editions and the hardcore Nismo, which costs £184,000 new. But if you’re after an affordable pure driving machine, an early car will have you grinning from ear to ear.

The good news is that residuals are still holding up well. We found a two-owner 2009 Black Edition with just 18,000 miles on the clock and a full service history up for £39,995.

Mitsubishi FTO 2.0 V6 GP, £1600: Mitsubishi has now left the UK, but the FTO will take you back to the brand’s heyday. This 1995 example was imported to these shores in 2008 and comes in range-topping guise, with the 2.0-litre V6 engine and rarer manual gearbox. 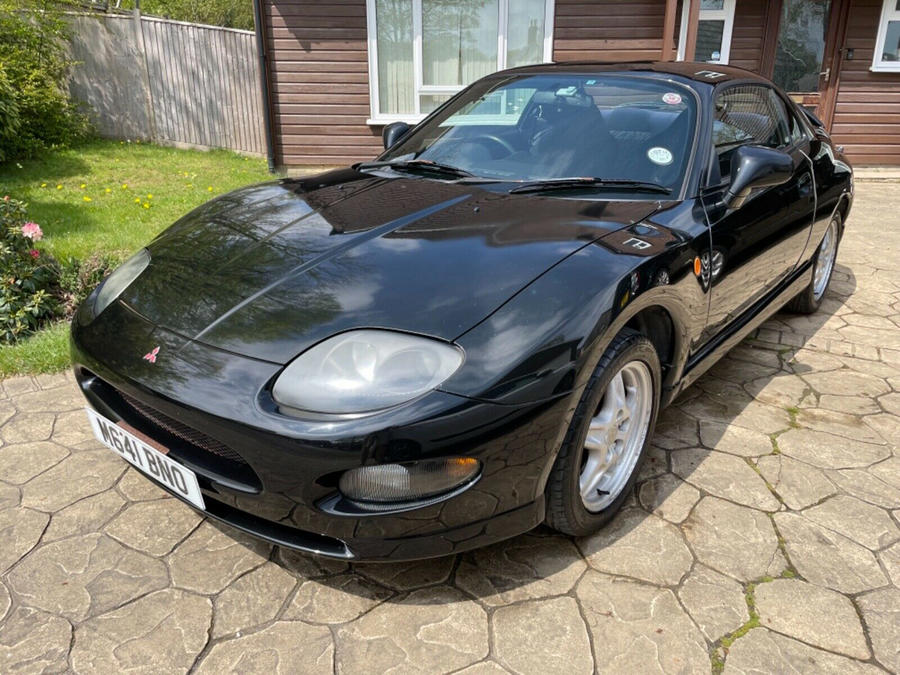 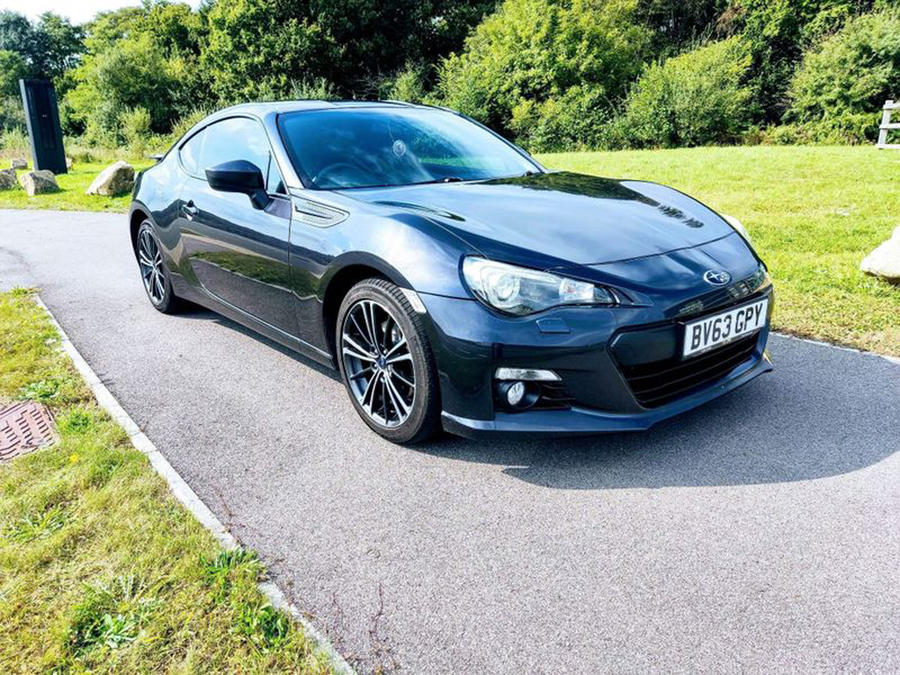 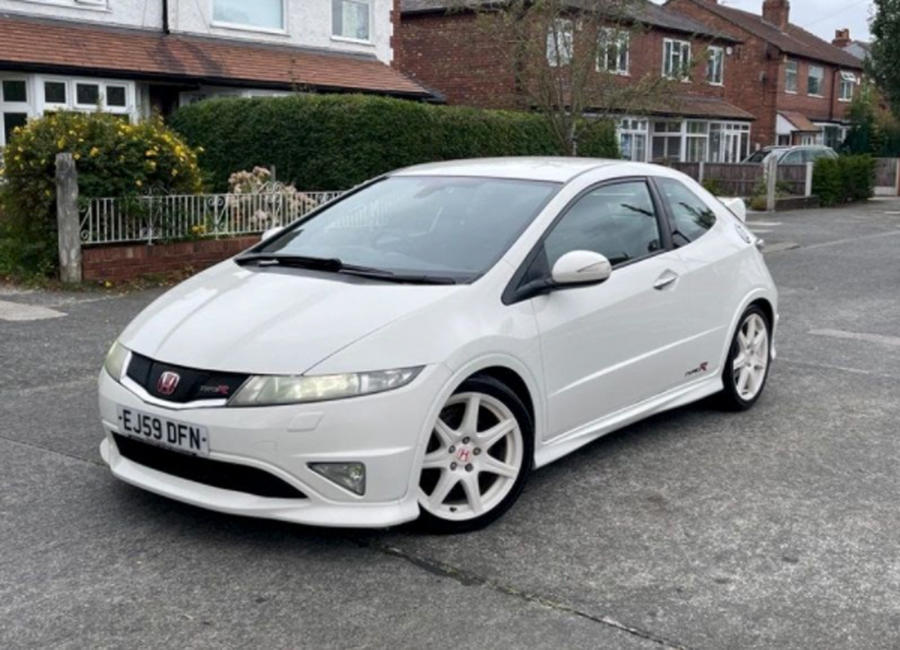 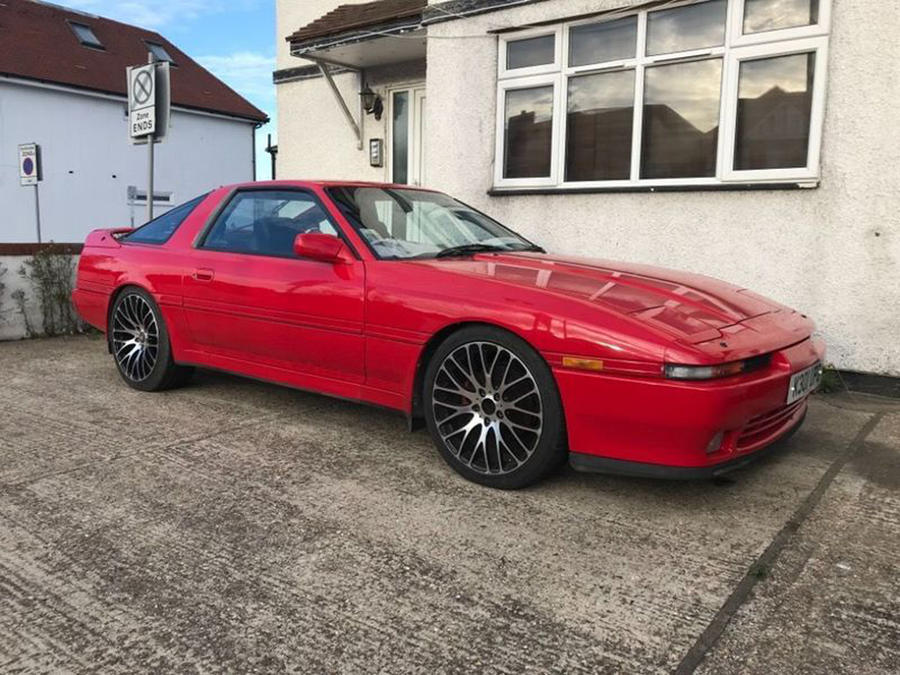 Ferrari 308 GTBi, £57,250: Shooting to fame thanks to its starring role in the TV series Magnum PI, the Ferrari 308 was a mid-engined, two-seat sports car produced from 1975 to 1985. The GTBi variant featured a near-identical design to the standard GTB coupé but was driven by a 3.0-litre V8 with a Bosch mechanical fuel injection system. This dropped its power from 252bhp to 211bhp, but it was still capable of 0-62mph in 6.7sec. A few changes were made inside, too: the oil temperature gauge and clock were moved to the centre console and a three-spoke steering wheel and a new seating pattern appeared. One of only 494 GTBi cars made, this 1982 example has been owned by three parties who have driven it just 12,000 miles over its 39 years. It sold for £57,250. 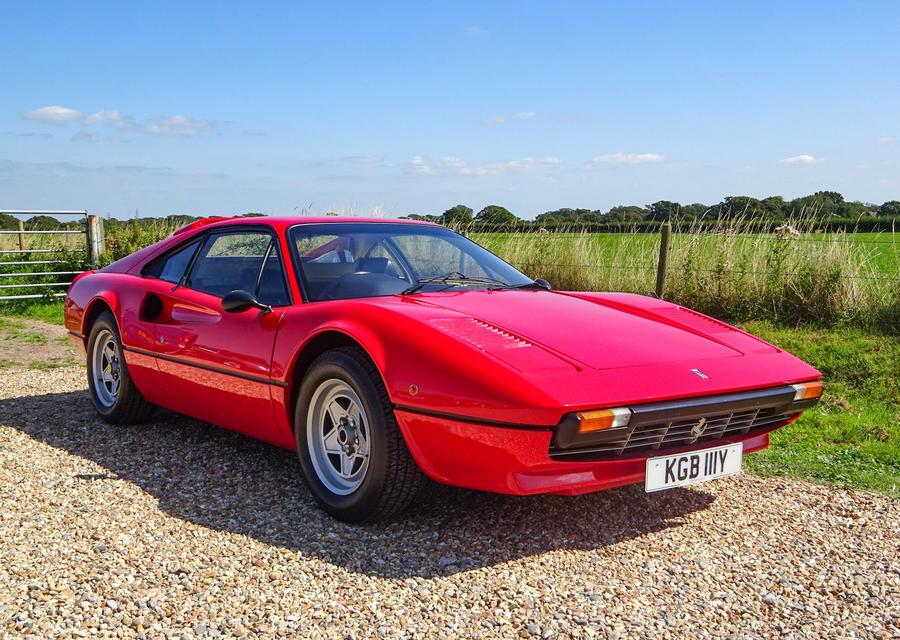 Future Classic - Aston Martin Cygnet, £41,650: Why is this overly expensive Toyota iQ a future classic? First, prices are on the rise. The Cygnet cost an eye-watering £30,995 at launch, but used ones now sell for around £40,000. It’s also the only city car that Aston Martin has ever produced, gaining a hand-fitted leather interior and other Gaydon hallmarks, including that aluminium front grille. Inside, you will find updated instrument graphics, a polished alloy gear gate and metal door handles. Under the Cygnet’s tiny bonnet is the iQ’s 97bhp 1.3-litre four-cylinder engine. The car we found allies that to the optional CVT, which is much more suited to urban roads than the manual. Just 400 Cygnet orders were submitted in the UK and only around 80 CVT cars remain. 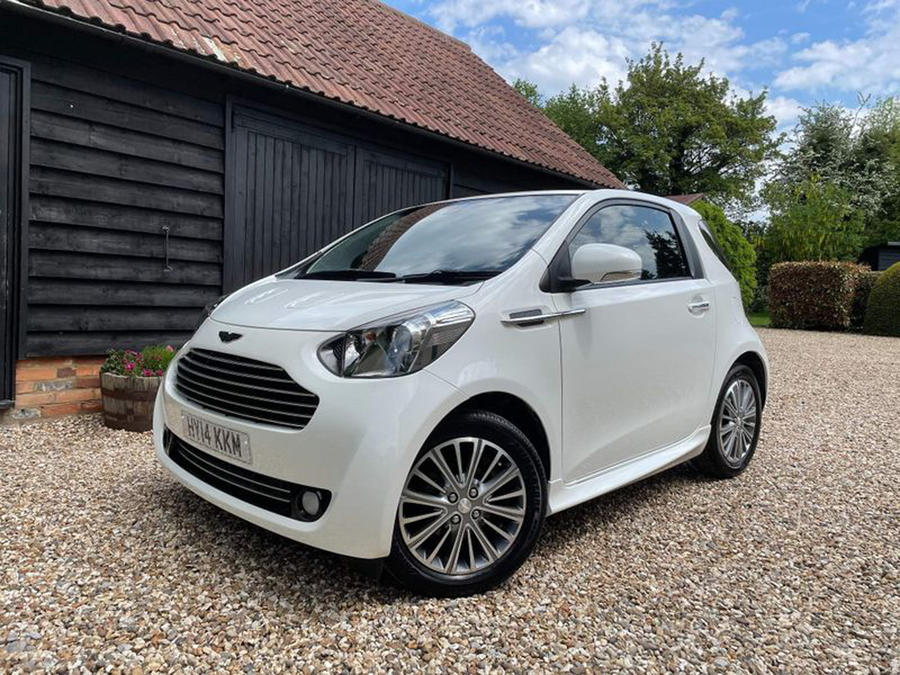 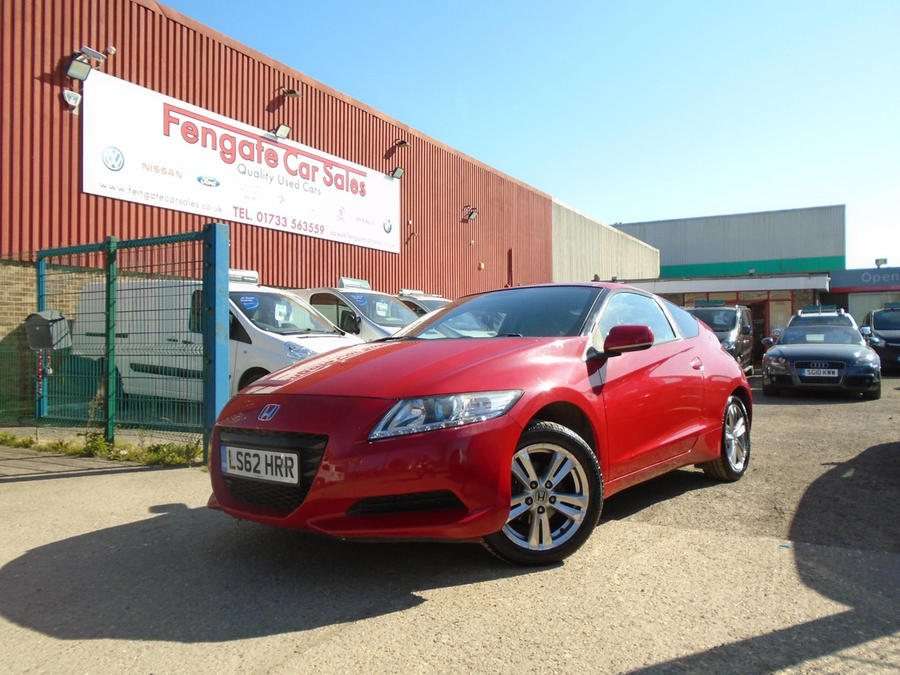 Mark Peason: Here it is, the first hybrid to excite anyone’s taste buds ever, and it’s still a hoot today. The Honda CR-Z is fun, ultra-reliable and nippy, and it looks a million dollars. Stick it in its Sport mode and the instruments glow red. There’s a wonderfully low-slung driving position and a sweet six-speed gearbox. Oh, and it will do 56mpg, too. What you got, Oliver? 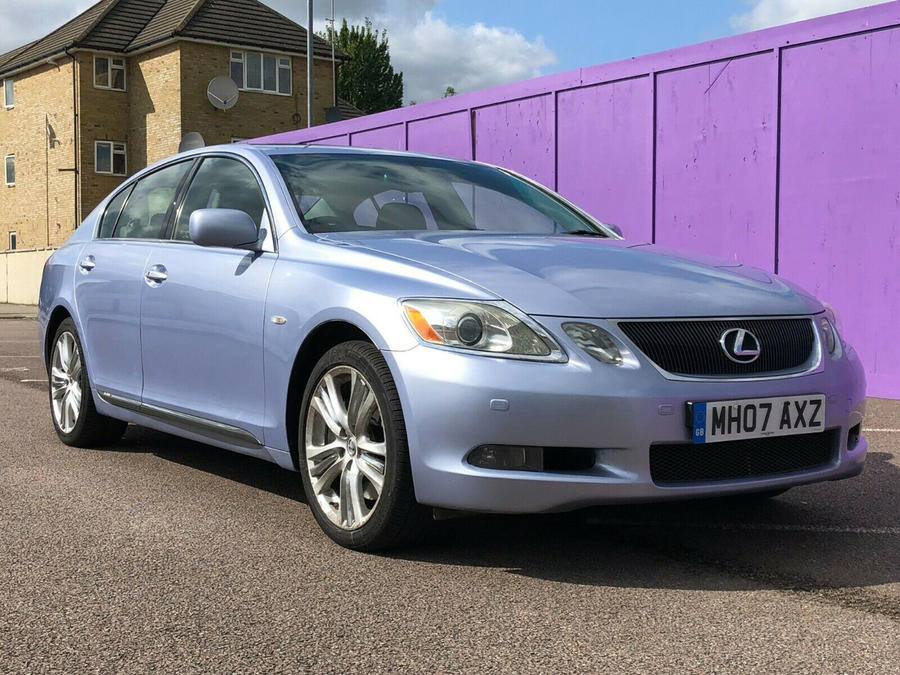 Oliver Young: The Lexus GS 450h became the first mass-produced rear-wheel-drive luxury hybrid on its launch. It was ahead of its time, featuring a 292bhp 3.5-litre petrol V6 working with an electric motor for a 0-60mph time of just 5.9sec and nearly 40mpg. So it’s quick and economical, not to mention super-comfortable and reliable. What more could you want?

MP: Hmm, a bit of an old barge, isn’t it? It doesn’t have the lithe appeal of my juicy little gripster. And my well-kept CR-Z can only appreciate in value as people realise how good these things are.

OY: Juicy? It has a mere 122bhp. Face it, Mark: it’s not the thrilling sports car you make it out to be, or a sure-fire future classic. At least my luxurious Lexus doesn’t pretend to be something that it’s not.

MP: Remember, only shallow people judge by appearance, Oliver. My CR-Z is a peach, even if all you did was park it in your front room and look at it. Time to stop this nonsense now. James knows best. James?

The 308 surprised me with how little money it went for. It's still an old shonky Ferrari in my opinion, pretty thing but nothing else appeals to me about it other than looks. Just thought it would have gone for more money than that.

The Cygnet was an artificial financial solution for Aston Martin. If this fact makes it classic, good for Aston and for the collector, especially if his name is Ason or Martin. Using my IQ, I prefer the basic iQ. It is probably more reliable, since it is 100% made by Toyota.

Surprised the FTO can be had for so little. Can't remember the last time I saw one. Must be pretty rare, now. Looking to spend this much on a first car for our daughter... Wonder if I get get her on a reasonably priced, classic car insurance policy. Far cooler that the 500/MINI/Ka/Corsa all her mates seem lumbered with.