BACK TO ALL NEWS
Currently reading: Buy them before we do: second-hand picks for 19 March
UP NEXT
New 2021 Honda HR-V: 129bhp hybrid powertrain detailed

Buy them before we do: second-hand picks for 19 March

This facelifted first-generation Panamera was registered in 2014 and has done 79,000 miles. It has a full Porsche service history and has had just one previous owner. Fitted extras include adaptive air suspension, a red leather interior and LED headlights.

Being a facelifted model, it has the more powerful and responsive twin-turbocharged 3.0-litre V6 engine rather than the 3.6 V6 its predecessor made do with. The motor is suitably torquey, with 383lb ft at 1750rpm a mere squeeze away. It has a balancer shaft, too, so feels almost V8-like in its smoothness on the motorway. 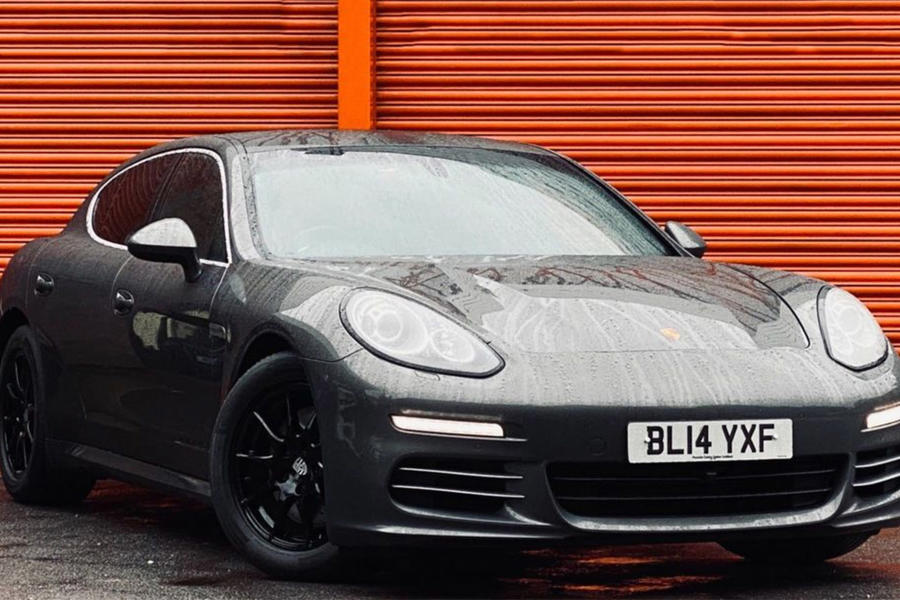 Of course, the V8 GTS and Turbo are the models most buyers lust after and rightly so, but this more modest 3.0 V6 4S is more interesting precisely because it’s so overlooked. In this respect, it’s much like the other cars in this week’s trawl of the classifieds.

Thanks to their sheer size, all Panameras are colour sensitive. Our find is a discreet gunmetal grey with dark alloy wheels. The drama is reserved for the interior, with its lipstick red leather. It’s why sunglasses were invented.

Since it has a full Porsche service history and one sensible owner (if they hadn’t been, they’d have chosen the GTS), we’ll assume the serious bits are in good health. That said, we’d want to be sure the PDK fluid has been changed at least twice and the gearbox sump cover is oil tight. It has air suspension so we’d want to be sure it cycles through its modes and it rises to the correct height on start-up. 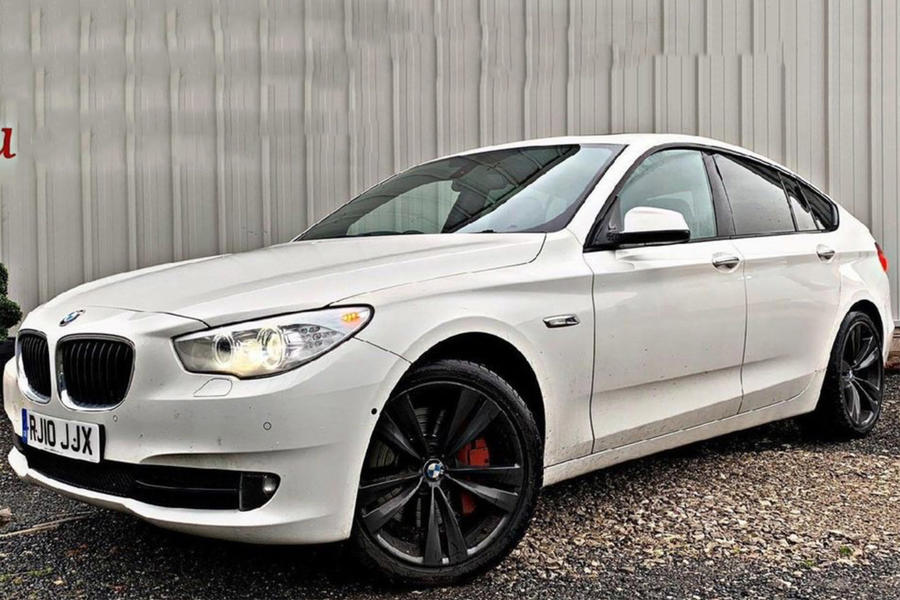 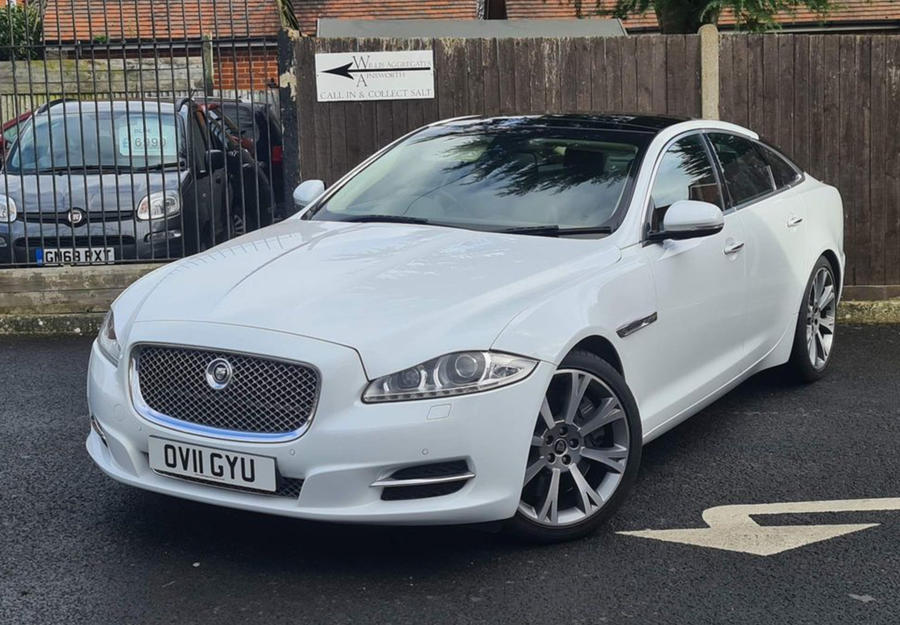 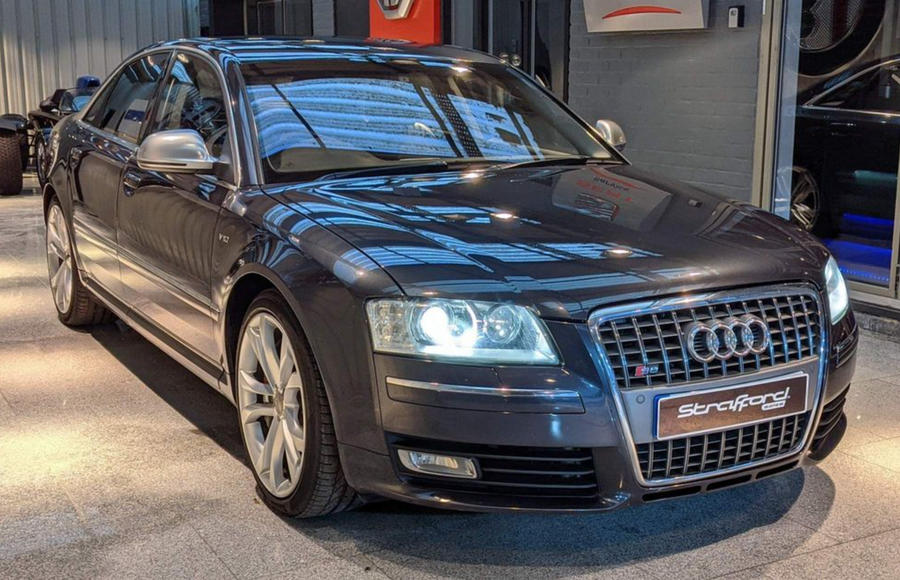 Audi S8 5.2 V10 £12,000: Few performance cars are as discreet and understated as an Audi S8. This example packs the legendary 5.2 V10 engine, which it shares with the Lamborghini Gallardo. This 2007-reg example has done 118,000 miles but has a full Audi service history. 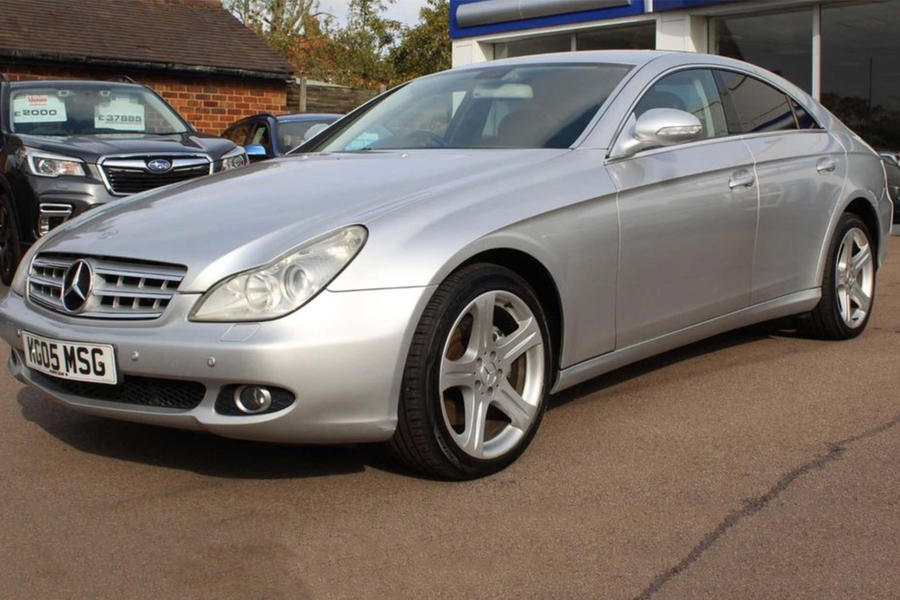 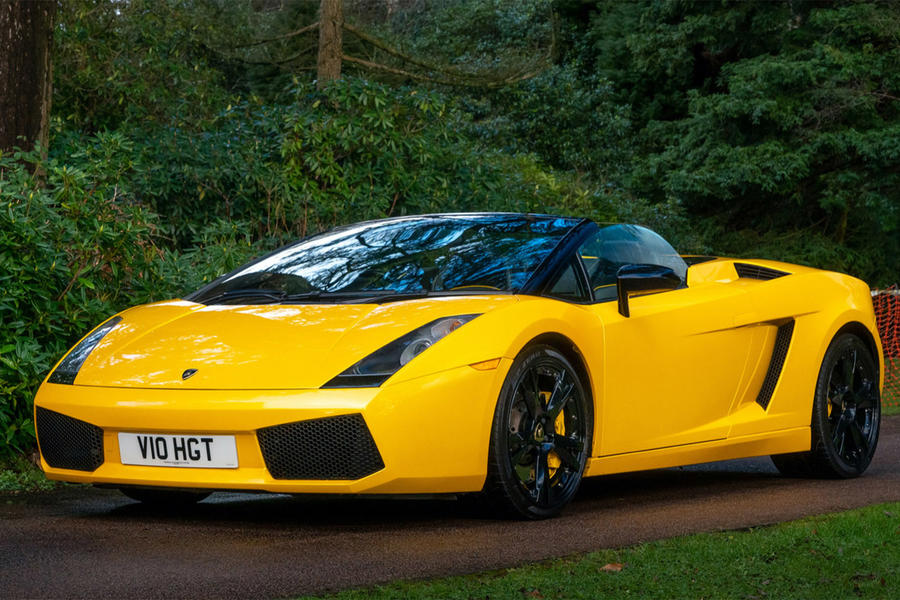 Lamborghini Gallardo: From a low of around £45,000 a couple of years ago, Gallardo prices have been rising steadily these past months and you’ll now struggle to find a good one much under £70,000. So imagine our surprise when we heard about this 2006-reg Spyder in must-have yellow that went under the hammer for £48,000. It wasn’t perfect. It had a solid 54,000 miles on the clock and some stone chips and gravel rash on exposed places. The interior was a little marked, too. However, its service history was good and it had had some vital preventative maintenance carried out in recent months. 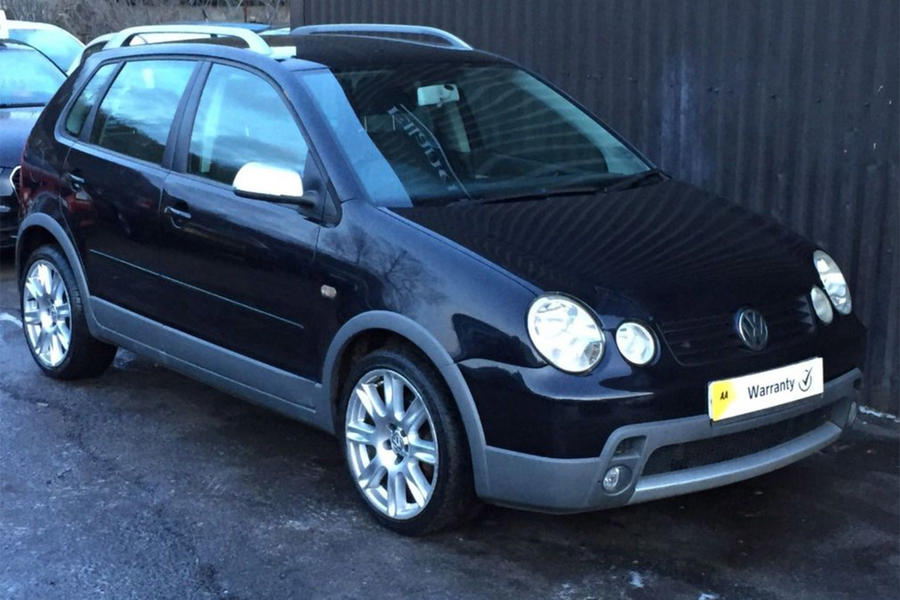 Volkswagen Polo Dune 1.4 £2495: With its raised ride height, roof rails, plastic body cladding and sundry off-roadery details, the Polo Dune of 2004-09 reminds fans of today’s SUV-inspired superminis that we’ve been here before. Remember the Rover Streetwise, too? Of the few Dunes currently for sale, most are 1.4-litre diesels. It’s the sensible choice; indeed, the right choice. Still, we were drawn instead to a solitary 1.4-litre petrol. The 2005-reg car – a pre-facelift model with the prettier twin headlights – has done 113,000 miles but doesn’t look it. The body gleams and the interior is like new. 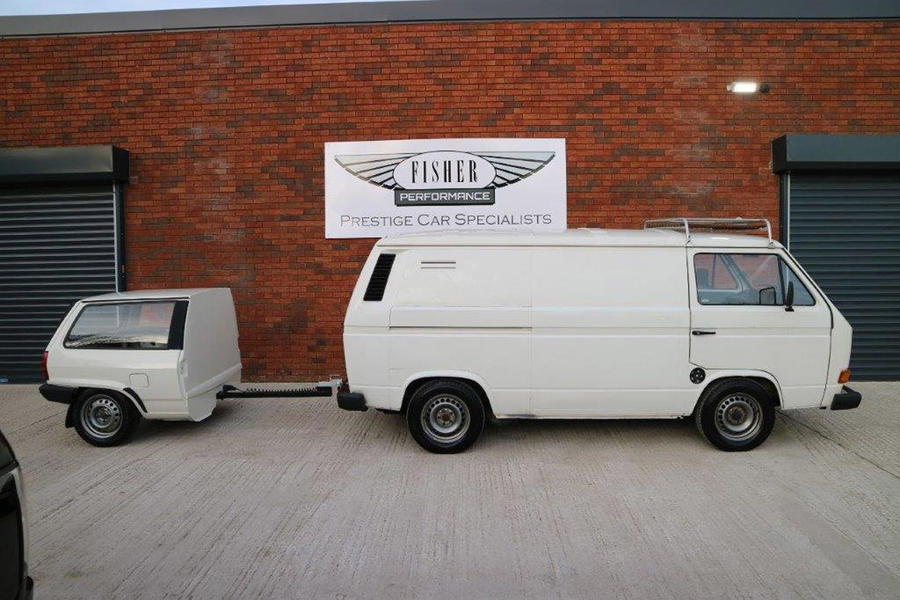 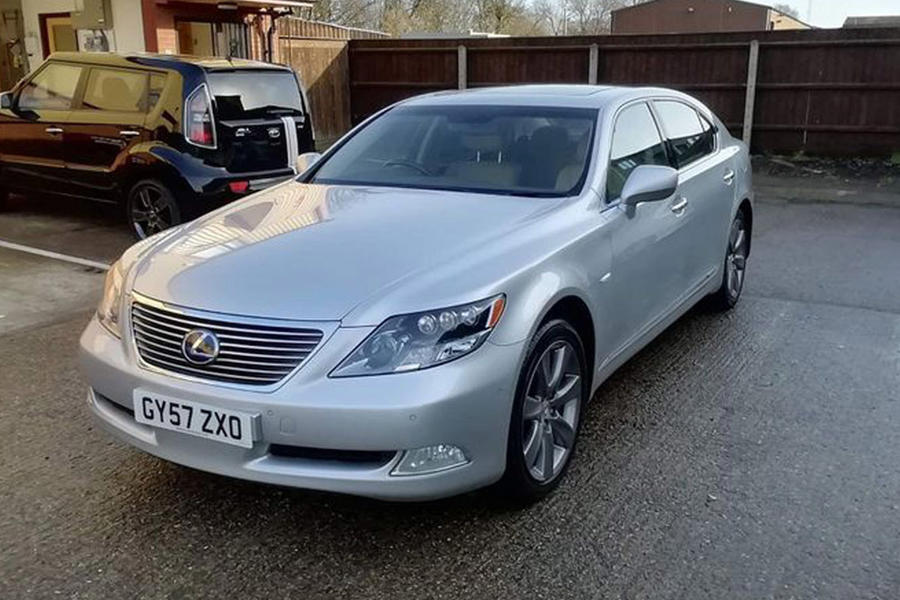 Max Adams: I think James is best known for the old smokers he buys, so this enormous LS 600h is the perfect modern replacement for his Shed Seven. It’s a technological tour de force that has electric motors controlling not only those reclining back seats but also the car itself, so it’ll be ULEZ friendly when he has to go to posh awards dinners in town.

Felix Page: Sure, if you want to let everyone know you’re ‘doing alright’, a Lexus can’t be beat. But James wants a mobile billboard to tell the world about his trade, and so really I must claim victory with this eye-catching pairing: a wedge-tastic Volkswagen T25 panel van and matching trailer made from half a Mk2 Polo. Ripe for signwriting, both, and plenty of fun.

MA: Not sure what fun you have in mind for your stripped-out 1985 van. I think I’ll settle down in my 2007 Lexus and watch a movie since it has a TV screen and headphones included for free.

FP: But, pray tell, where will you put the actual advert James wants to carry? And, for that matter, all the equipment his business necessitates? I think it’s a safe bet any Ruppert business venture would involve plenty of tools and cans of oil.

MA: What do you think he’s up to? It’s words he deals in these days, which is why the refined interior of my Lexus is the obvious choice. Besides, nothing advertises you’ve made it better than a phat luxury car.

Verdict: That VW duo looks the business. Mine, to be precise.

How to configure the ultimate Porsche 911: all variants face off

Why is the 1.4 diesel version of the Polo Dune the "right choice" over the petrol model?

Maybe Autocar should drop the " buy them before we do" Article?, if you reviewed the humdrum family autos, there'd be thousands to choose from, trawling and finding so called bargains is fine if your pocket fits, it's surprising how much cars like these drop in value, and, yes, everybody knows the pros and cons of owning one, some of us go through this mid life idea and go and buy our dream car, I bought mine, in only intended to keep it six months, I managed to find one with low miles, and crucially not due a big service, I did 7,000 in it, and then traded for a saloon of the same brand, and I only had to add £2,500 for that, fuel was £25.00 a week ( I did drive it every day) , so, it's obvious, if you can, buy one of these suggestions, just take all the precautions,set aside a car fund to help cover costs,and hopefully, you'll enjoy the ownership.

i don't doubt there are some bargain buys among older premium models such as the Porsche, BMW, Jaguar and BMW featured here. That is especially the case if the buyer has friends in the trade, good diy skills or a healthy bank balance. But I think Autcar should stop perpetuating the myth that such cars are a sensible ownership proposition for the average person. These cars will always be expensive to tax and insure with high fuel consumption likely to be an issue for most people. Plus there is the ever present risk of big bills for parts and labour when such complicated cars go wrong - which they inevitably will. For the sake of balance, it would be good to ready about some of the negatives, not just the positives to applease advertisers!