BACK TO ALL NEWS
Currently reading: Buy them before we do: second-hand picks for 16 July
UP NEXT
First drive: New 2021 Bowler Defender Challenge racer

Buy them before we do: second-hand picks for 16 July

Sports cars are becoming ever faster and more advanced, which is great, but that means they’re also getting bigger and heavier, which really isn’t great.

The BMW Z3 M Coupé stands out in the classifieds today, then, not least for its compact stature. It’s 4025mm long, 1740mm wide and just 1280mm tall, with a wheelbase of 2459mm, making it substantially smaller than today’s Z4; and it tips the scales at 1375kg so is about 200kg lighter.

Get past its oft-derided ‘clown shoe’ silhouette and you will see that it’s one of Munich’s finest products of the modern era. Packing a suitably throaty 3.2-litre straight six, it can shoot from 0-62mph in 5.3sec, with its five-speed manual transmission giving your left arm a good workout.

Its dynamic qualities are a major factor in the appeal, too. A limited-slip differential and larger brakes came as part of the M package, which also brought aerodynamically optimised door mirrors, as found on the fan-favourite E36-generation M3. 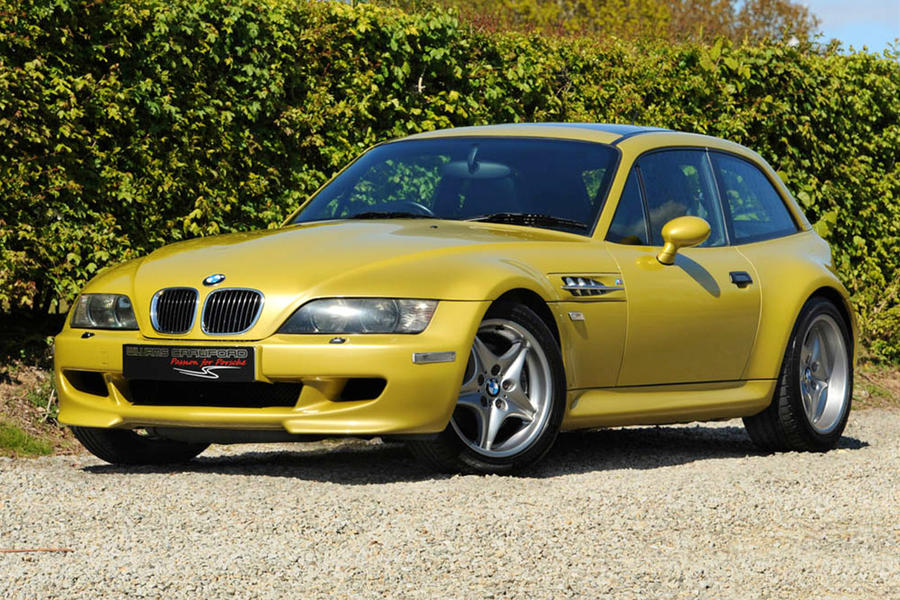 A 2001 facelift added chrome exterior trim, a third brake light and new wheels, but you will be more interested by the 63.5mm-wider rear track and the power hike to 321bhp, courtesy of the new S54 engine from the E36 M3.

Mid-range performance was substantially boosted and a new drive-by-wire throttle and dynamic stability control function improved handling, and maximum torque was now available from 1650rpm lower than its predecessor, at 3250rpm. 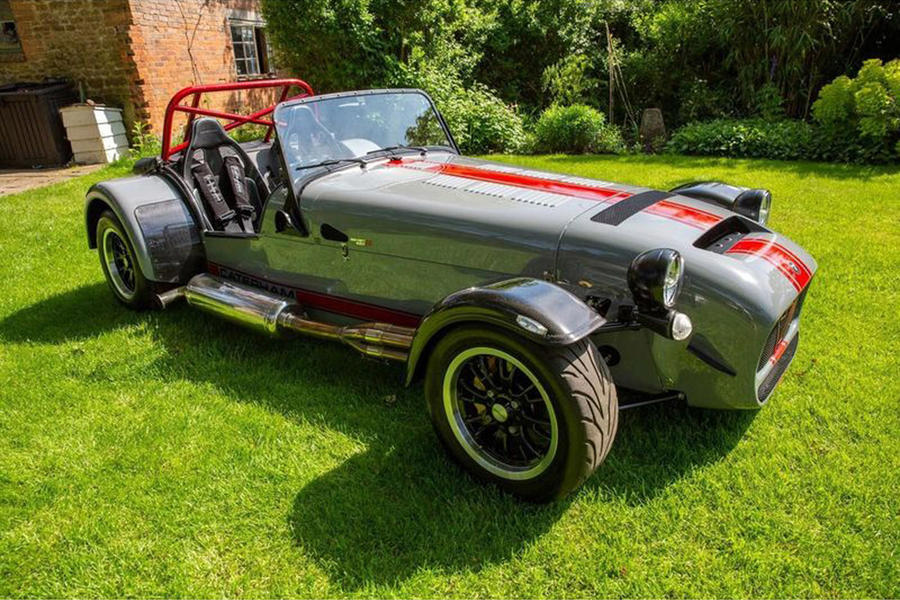 Caterham Seven 620R S3, £48,995: You will struggle to find a car smaller than a Caterham Seven – or one any quicker, for that matter. This variant will get you to 62mph in just 3.4sec, thanks to 310bhp of supercharged Ford power. It is said to be one of just two in this specification in the UK. 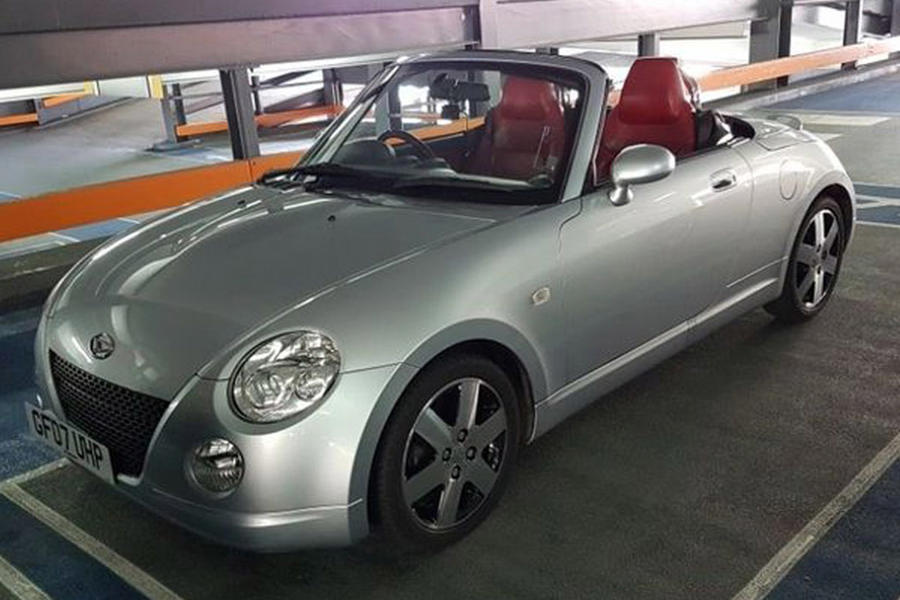 Daihatsu Copen 1.3, £4200: This teeny two-seater is stuffed with kit, including air-con, heated seats, electric mirrors, a DAB radio and Bluetooth. It’s powered by Daihatsu’s punchier (85bhp) 1.3-litre engine so is capable of 0-62mph in 9.5sec – which is warp speed in something this size. 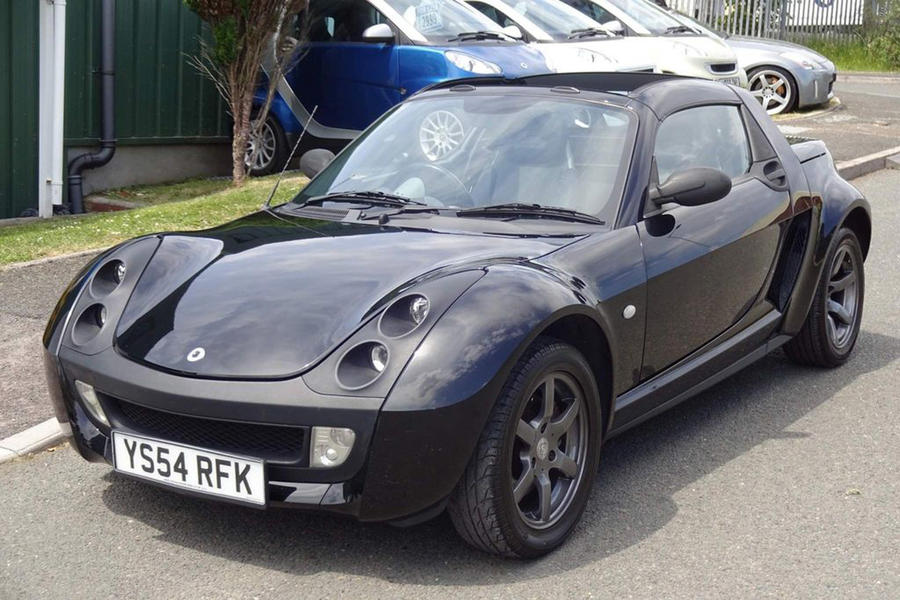 Smart Roadster, £5499: The Smart Roadster packs an engine smaller than most motorbikes’ and is a true featherweight, so it can be lots of fun on the right road. This example has had two owners and looks to be in good condition. Just know that it has a ponderous automatic gearbox. 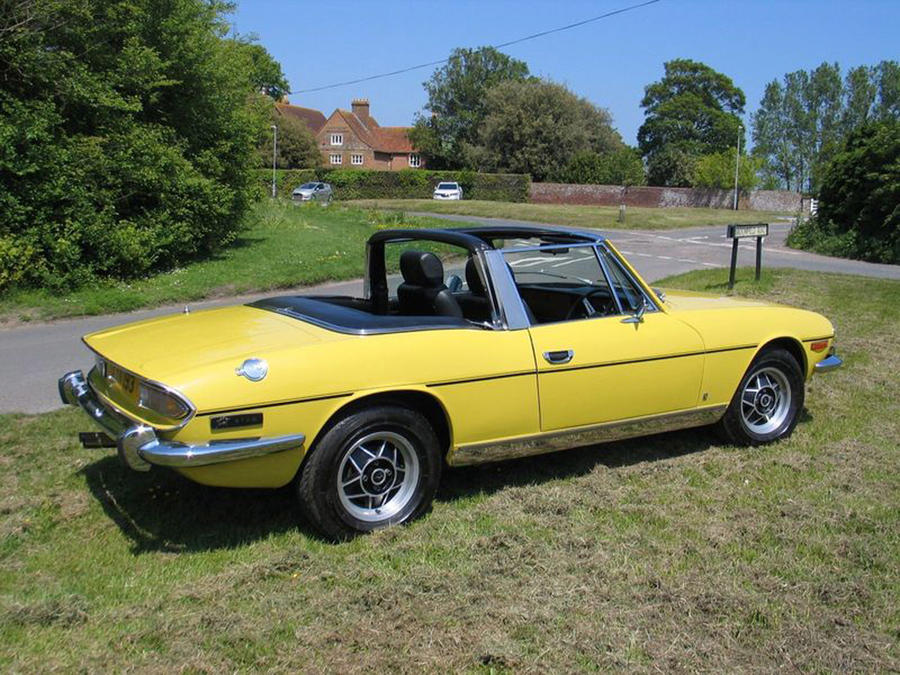 Triumph Stag, £18,600: With just 69,000 miles on the clock, this 1973 Stag has been lovingly and wallet-wrenchingly restored. Its burbling 3.0-litre V8 apparently runs like a peach, and the owner reckons that its revamped suspension makes light work of crumbling Tarmac. 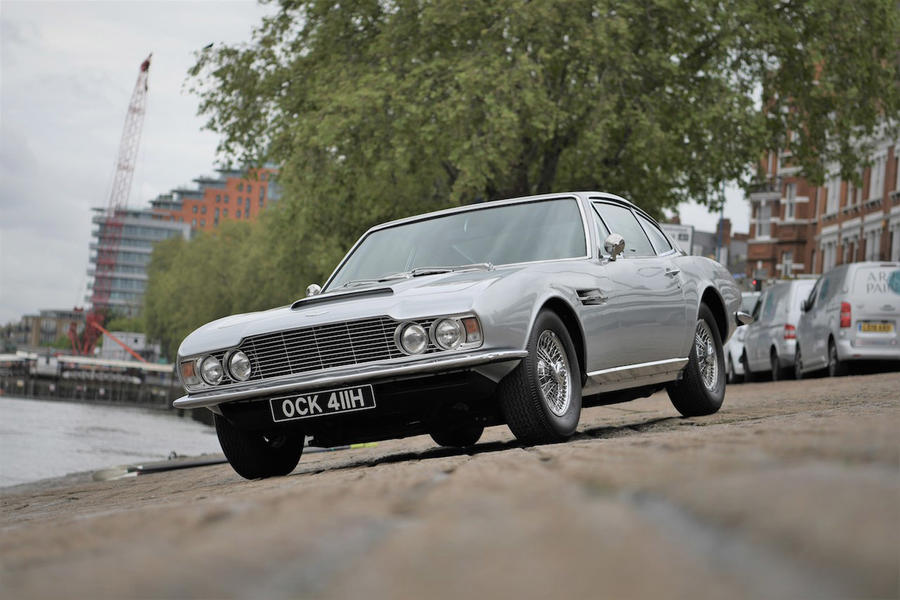 Aston Martin DBS Vantage: Aston Martin has always been a byword for stylish, luxurious grand tourers, and this 1969 DBS Vantage is one of the finest interpretations of the formula. Billed as the successor to the DB6, the DBS was the catalyst for the brand’s visual reinvention under William Towns. Just 300 were built in Vantage spec and only 317 right-hand-drive examples of the DBS were fitted with a ZF manual gearbox. One was this car, which was treated to a £20,000 overhaul in 2015, receiving new brakes, suspension, steering and ignition, while the interior was kept as original as possible. It sold for £110,000. 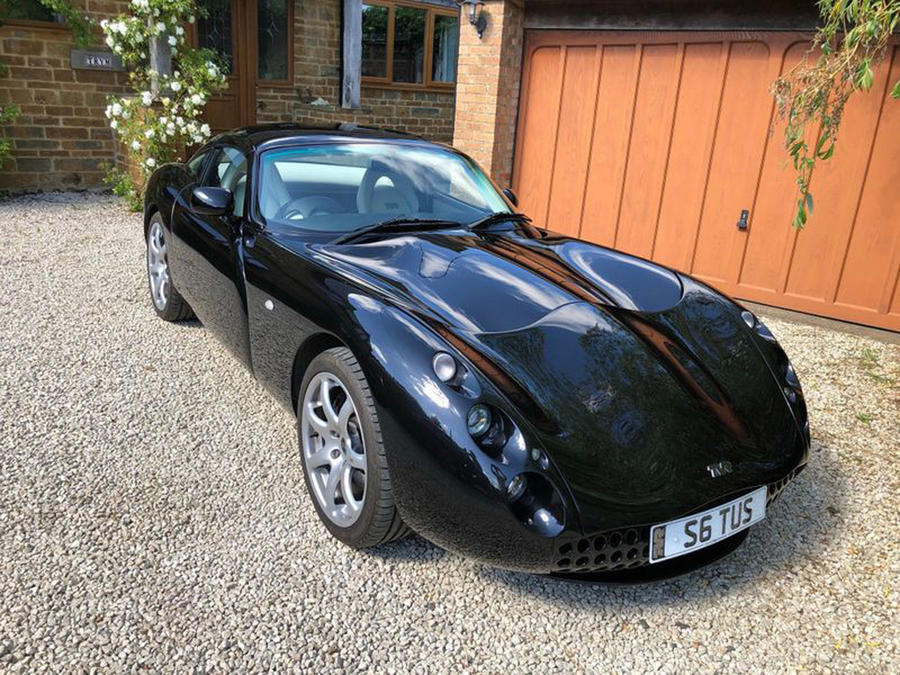 TVR Tuscan, £44,995: A homage to the 1967 car of the same name, the Tuscan arrived in 1999 to a one-year media drive ban from TVR owner Peter Wheeler. Its wild design was enough to build excitement, though, even before we were allowed to get behind the wheel and experience its bespoke 360bhp 4.0-litre straight six. This example was the first Tuscan S off the line, meaning it has 390bhp and improved aerodynamics. It also has history outside of its production number, having appeared no fewer than three times on the front cover of this magazine. 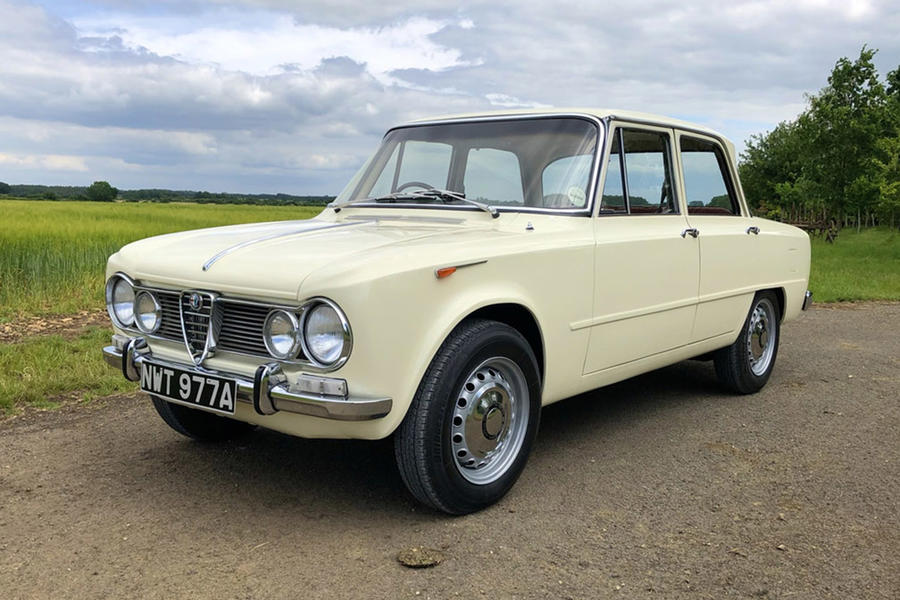 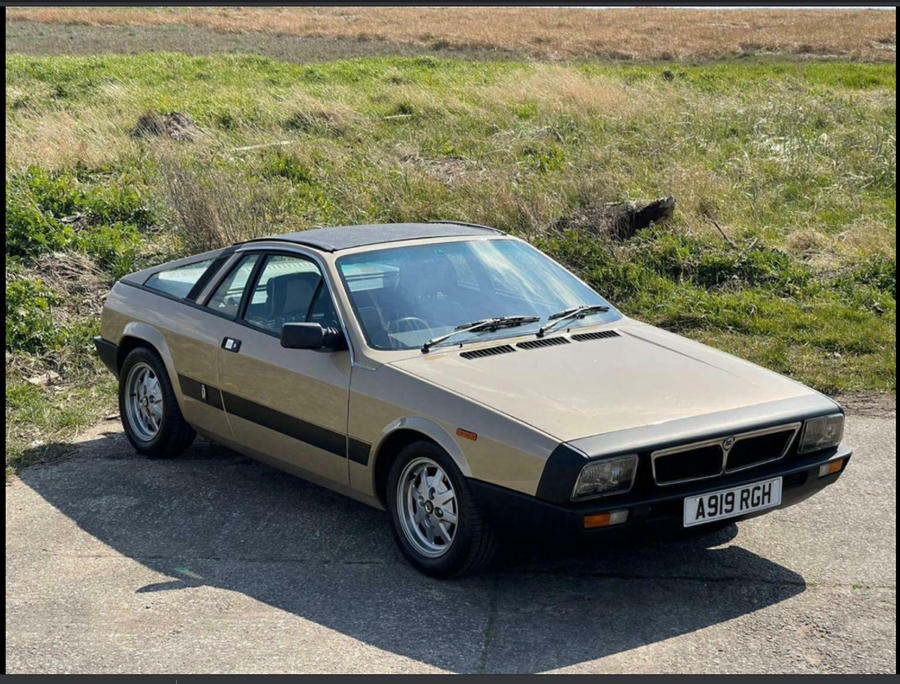 Jack Warrick: You don’t often see a totally rot-free Italian classic, but here’s an Alfa Romeo that you could eat your dinner off. Get behind the wheel of this beauty and you will be grinning ear to ear as if you were cruising through the French Riviera. Charmingly original, subtly upgraded and, crucially, all in one piece. You can keep your Lamborghini Miuras and Ferrari 250s.

Felix Page: Speaking of the French Riviera, nothing conjures images of glamour and prestige quite so pungently as Monte Carlo, which gave its name to my equally estimable Lancia. I will hear not a word about rust, because it has been repainted and shines like a diamond. The seller has even included a video of it being driven in anger; watch that and tell me you’ve won.

JW: It’s a great sound, sure, but I would be more concerned about the flurry of cables hanging out of the dashboard. Besides, I can’t tell if it’s supposed to be that colour or if the poor thing has been left out in the sun for too long. Meanwhile, my 1962 Giulia’s paint is as creamy as its twin-cam motor and complemented fantastically by its red vinyl upholstery.

FP: That’s just where the stereo was – obviously removed because it drowned out Lancia’s stunning 2.0-litre twin-cam motor. And with styling as categorically 1970s as this, it could only be painted brown.

JW: More likely it was removed because of an electrical malfunction. And I think my garden fence is a prettier colour than that. Not even Pininfarina could save it.

FP: There’s a reason why car fans are excited about the planned revival of the Lancia brand, and it’s drop-dead gorgeous cars like this. James, please see reason.

Verdict: Monte Carlo is known for its casino, so I’ll take a gamble on that Lancia.

Why BMW has changed its mind on EV platforms

Both Italians are lovely, though expensive experience reminds me that my Alfasud Sprint was a tease where reliability was concerned. Little or no rust though.

Of these two, I'll have a mind's eye EV restomod Montecarlo, due on my driveway in 2025.

si73 16 July 2021
I don't think I could choose between those Italian classics, they're both stunning.