BACK TO ALL NEWS
Currently reading: Used car buying guide: TVR Tuscan
UP NEXT
Report: Rivian could build electric 4x4s in the UK

The TVR Tuscan is a practical but brutish two-seater that’s a joy to drive – when it works. We explore the pleasures and pitfalls of buying a used one
Share
Open gallery
Close

One well-respected TVR dealer advises its customers to imagine they’re a brain surgeon. As someone who might be required to perform life-saving surgery at any time of the day or night, they must have a car they can depend on to get them to the hospital. A TVR Tuscan, says the dealer, is not that car. Instead, it’s a second or third motor for weekends when the sun is shining and when a roadside breakdown isn’t a matter of life or death.

Not the most encouraging way to begin a buying guide but it’s best you know now that, like all TVRs, the Tuscan is a model that demands regular care and attention from its owner, and not a little tolerance.

It wasn’t meant to be like this. With a removable, all-weather hard-top and large boot, the two-seat Tuscan was, said TVR, the company’s most usable creation to date. On paper, certainly, but then, as ever, TVR left much of the car’s development to its test engineers – the firm’s customers.

It’s why, today, you’ll struggle to find a TVR in original condition. Not that you’d want to. Instead, most have been upgraded and are probably running either a rebuilt or refurbished engine and transmission along with uprated brakes, suspension and ancillaries. Bodies are likely to have been repainted, too. 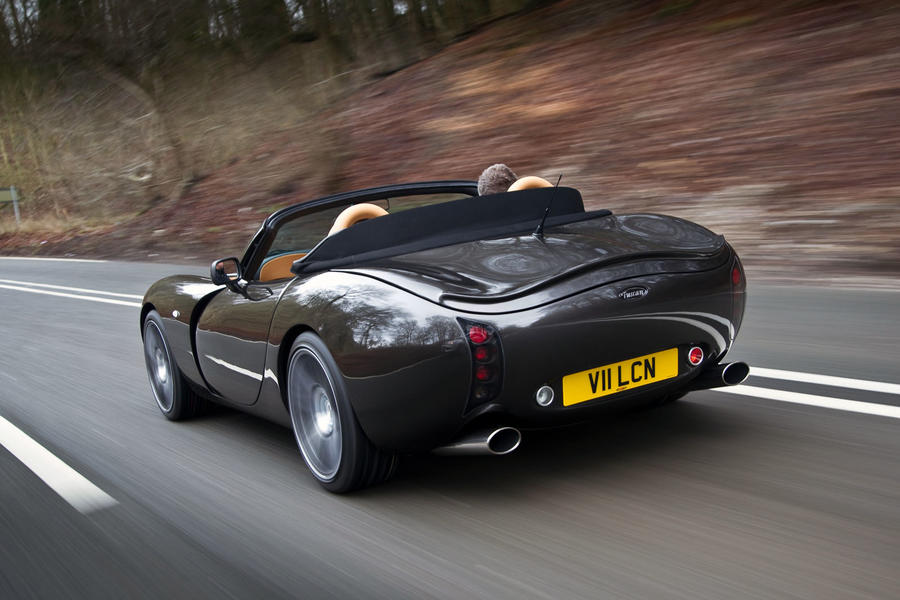 Not that this is a bad thing; far from it, in fact. Just make sure you have sight of all workshop bills so you can see what’s been done, when and by whom. Multiple previous owners? Not necessarily a bad thing either, since for each one of them, owning a Tuscan has been their life’s ambition and they’ll have spoiled it rotten.

It was launched in 1999, powered by a superb straight-six engine designed by Al Melling, built by TVR and called the Speed Six. There was a 3.6-litre producing 350bhp and a torquier 4.0-litre version with 360bhp. There was also a so-called Red Rose 4.0 with 380bhp, but the one that attracts a premium today is the 390bhp 4.0 S.

The two-seater body was made of glassfibre (it was a quality job with even shutlines and the option of a ‘flip’ paint finish) and mounted on a tubular steel chassis with outriggers. The bonnet was a two-piece affair with three vertically stacked lights at each corner.

Until 2003, the Tuscan was offered only in Targa-style form (the big boot was ideal for storing the roof and back window). The Mk2 was launched in 2004, the most notable change being the adoption of twin headlights. A convertible became available, too (it’s also sought after today), while the power output of the 4.0 S increased to 400bhp. By this time TVR had been bought by Nikolay Smolensky, a Russian businessman. Under his ownership quality improved and, for Mk3 models, the Tuscan’s exotic dashboard was given a makeover and dubbed the ‘wavy dash’.

Without a doubt, a good Tuscan is a joy. If, and when, TVR production recommences, values may rise higher. Buy now before they do. 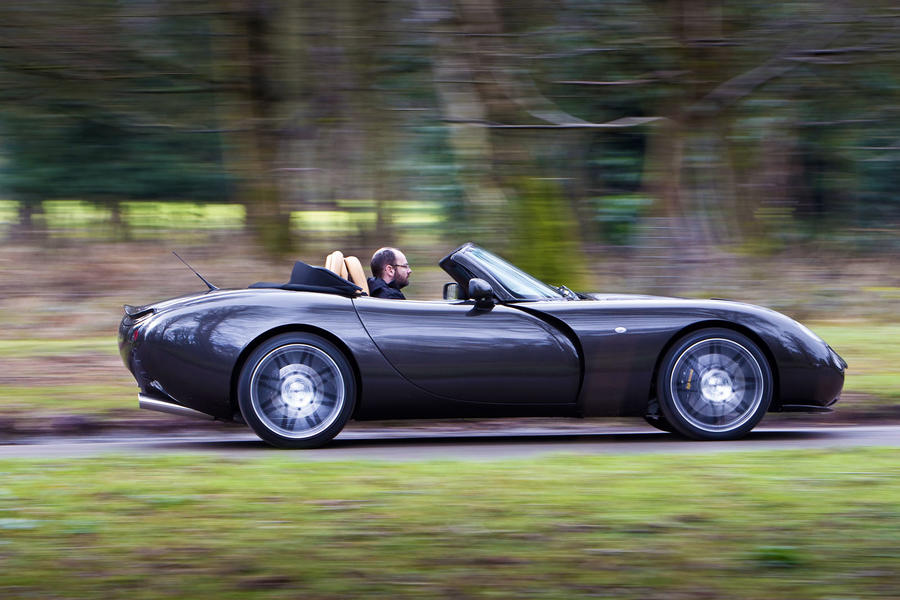 James Agger, James Agger Autosport: “For a long time the buying advice was the later the better, but now forget age, colour and engine – how it’s been maintained and who has done what are all you should care about. All parts are available and everything is repairable. The Tuscan S and the convertible are the most sought after. You can get a reasonable Tuscan for £25,000 but most are around £30,000. The best are between £38,000 and £52,000.”

■ Engine: Avoid engines with oil and coolant leaks, mechanical noises and misfires – repairs can cost thousands. High underbonnet temperatures cook rubber hoses, electrics and ancillaries, which all sit alongside the engine block. Check annual servicing has run to more than just an oil and filter change. Favour specialists over general workshops. A major 12k-mile service with tappet adjustment is about £650.

■ Gearbox: A healthy gearbox action is heavy but precise; an obstructive change may require a rebuild. Clutches last around 35,000 miles at most.

■ Brakes, suspension, steering and wheels: Most suspension systems have been upgraded so check the quality of the work and the components. Original cars were firm but never harsh, so over-enthusiastic modifications can upset the Tuscan’s delicate balance. Brakes should be powerful but progressive. Brake lines will probably have been upgraded by now.

■ Body: Shutlines should be reasonably consistent. Check the front splitter for grounding damage. On the coupé, check the removable Perspex screen for scratches and that the useless original securing clips have been upgraded. 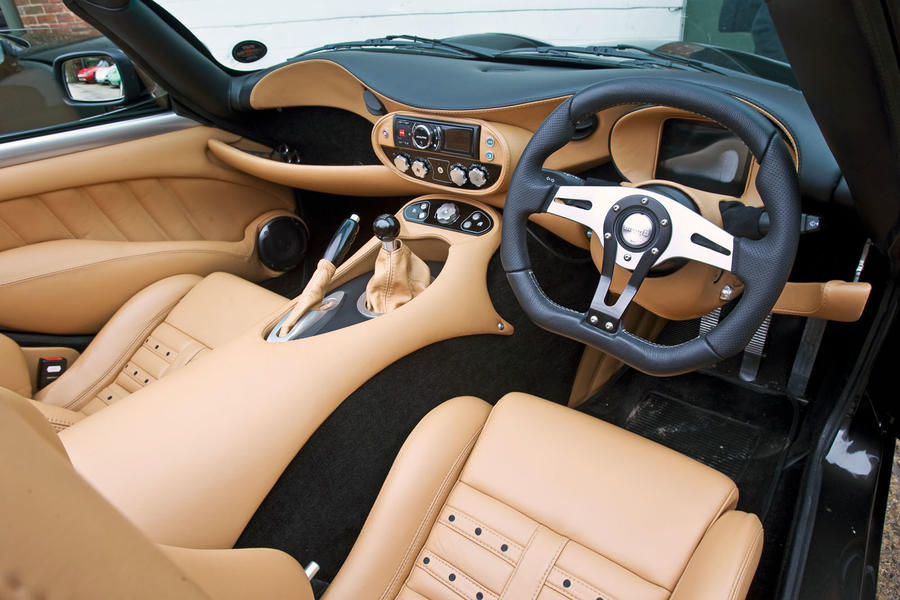 ■ Interior: Check the rev limiter, shift lights and main LCD display. Electric windows and door locks can be troublesome; damp is often the cause. Roof seals were poor from day one. Heater controls can have a mind of their own.

Engine going west? Consider a rebuild by a specialist such as Power Performance. It costs around £5500 and comes with a three-year warranty. Sounds a lot but you’ll get some of it back in the car’s increased value. 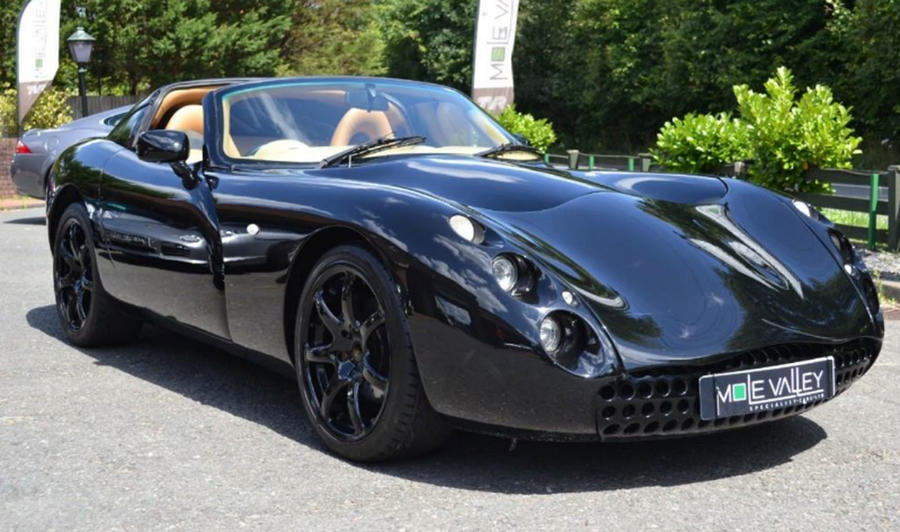 Looking at these pics

Looking at these pics highlights why the latest attempt at reviving TVR is frankly sub standard and highly likely to fail - the new car simply cant hold a canlde to this, let alone the others from this era.

TVR was the best

at producing a fun sports car, not for the whoosy Top Gear presenters though

Still love these as much today as the first time I saw one and they still look like a car from the future. Chap round the corner from me has one and the sound upon ignition is epic and I still look longingly at it every time it drives past. Definitely one of my first purchases when my numbers come up...