BACK TO ALL NEWS
Currently reading: ‘World first’ electric Triumph Stag and Morgan 4/4 unveiled
UP NEXT
How a sat-nav can make you faster around a track

A British company based in Oxford has revealed electric conversions of a 1976 Triumph Stag and a 1957 Morgan 4/4, claiming both cars are the first of their kind to use a zero-emission powertrain.

Electrogenic has removed the 3.0-litre V8 engine from the Stag and replaced it with its own ‘Hyper9’ electric motor. This produces 107bhp and 173lb ft, with power sent to the rear wheels via the car’s original four-speed manual gearbox.

A 37kWh battery fills the space left by the engine, fuel tank and spare wheel, offering around 150 miles of range on a full charge. The car is fitted with a Type 2 charging socket, as is found on almost all new electric cars today. 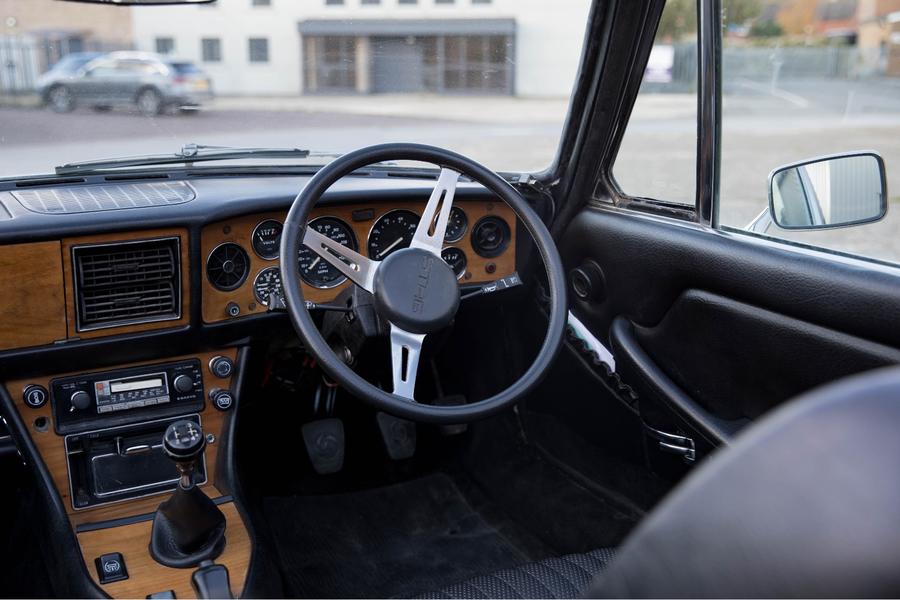 The Morgan 4/4 has been fitted with the same powertrain and returns similar figures to the Stag as a result.

“Converting older cars like these to electric power is about using modern technology to bring out the best characteristics in the cars,” said Steve Drummond, director and co-founder of Electrogenic. “For us this means increasing power within the capabilities of the original vehicle, optimising weight distribution and not using too many batteries, to keep the handling crisp and precise. Our proprietary electronics integrate the batteries and motor into a seamless system, making the cars as safe as possible.

“Our systems also allow us to maintain the originality of the rest of the car, which is a really important factor for us. For example, it means that we can repurpose the original instruments to keep the interior as untouched as possible. Ultimately, what we’re always trying to do with our conversions is to make the cars we’ve been entrusted with into ‘better versions of themselves’.”

The electric Stag has been verified as a ‘world first’ by the Stag Owners Club, and Electrogenic isn’t aware of another Morgan four-wheeler that has had the same electric treatment.

Customers can approach the company with their own classic cars or request that Electrogenic sources one on their behalf. Prices are tailored to each project, with costs based on component upgrades and the amount of range requested from buyers.

The company is developing an app that can display a car’s available range and locations of the nearest charging points so original interiors don’t have to be modified.

“We love the challenge of converting beautiful classic cars with technology that means they will be able to continue to be used guilt-free, even in our cities, for years to come,” said Ian Newstead, director and co-Founder of Electrogenic. “Working on first-time conversions such as the Stag and the Morgan 4/4 helps us to continue honing both our technology offering and our knowledge of the integration process in different body types, and means we maintain our position as a leader in classic car electrification.”

I agree the current Range Rover is huge compared to the Range Rover of the seventies....although it seemed big at the time.

The Stag  had a fully adjustable (Rake/Reach) steering column, so you should have found a comfortable position. Personally I never found it a problem.

That must be awful to drive with a manual gearbox

But the original RR is positively petite in comparison to the current behemoth!

I only drove a Stag once but I could never understand why they set the steering column at almost the same angle as the Mini. It meant you had to sit quite upright, almost like driving a van rather than a laidback GT.

But if all cars sounded like a Stag the world would be a better place!