BACK TO ALL NEWS
Currently reading: Buy them before we do: second-hand picks for 12 Februrary
UP NEXT
WRC Croatia preview: championship returns to asphalt

Buy them before we do: second-hand picks for 12 Februrary

A second-hand Range Rover, if you can get past the stigma of a gas guzzler, is a shrewd used buy
Share
Open gallery
Close
Share story

You needn’t read the room so much as furtively glance around it for an indication of how dramatically attitudes towards cars of this ilk have shifted. The Range Rover name has long traded on its intrinsic link with lavishness and excess, but pull up outside Harrods in a leather-laden, V8-powered SUV today and you’re more likely to be met with tuts and frowns than a collective nod of approval from passers-by.

But all that is by the by, because such cars are rapidly being phased out of existence, with their modern-day equivalents ushering in faux leather, recycled wood trim, downsized engines and even hybrid powertrains, so you needn’t feel so guilty at indulging in a spot of old-school decadence – especially if you steer clear of low-emissions zones.

Let’s go all out with a top-rung version of the current Range Rover, which is due to be replaced later this year by an electric-capable successor. Just £42,000 picks up a prestigious Autobiography model (down from more than £100,000 in 2014), complete with the herculean supercharged 5.0 Jaguar V8 pumping its 503bhp to both axles and a cabin plush enough to rival a Bentley.

It also packs so much equipment that we would run the printers dry listing it all here. Electric tailgate? Obviously. Reverse cross-traffic detection? But of course. Trailer stability assist? Well, we wouldn’t want the ponies getting queasy now… 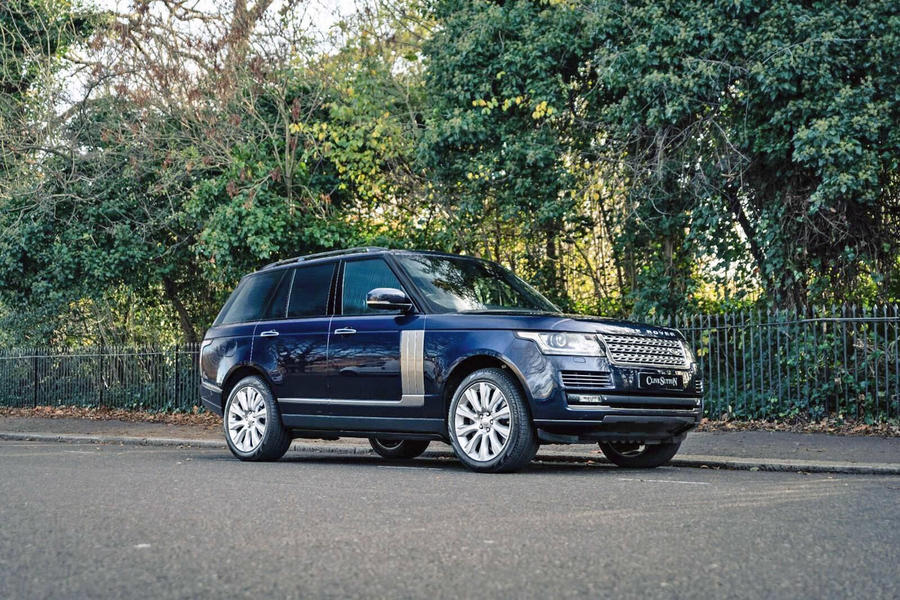 Options always depreciate faster than the car they’re fitted to, which is fantastic news for buyers of lightly used luxury motors. Take the two 10.0in digital screens for your rear passengers as an example: on this used car, they’re a welcome bonus with minimal effect on the value, but you would pay £2700 to add them on a factory-ordered example today.

Happily, even though it has been on sale since 2012, the Mk4 Range Rover’s styling has evolved only very slightly, so if you roll up with private plates, few will be able to tell it apart from a new car. And because it was finished to such a high standard, our example wears its 52,000 miles well.

A word of warning, however: expensive electrical or drivetrain faults aren’t unheard of and can quickly negate the considerable saving you make at point of purchase, so go in with your wits about you. And save some money for fuel, as 20mpg is about as good as it gets. 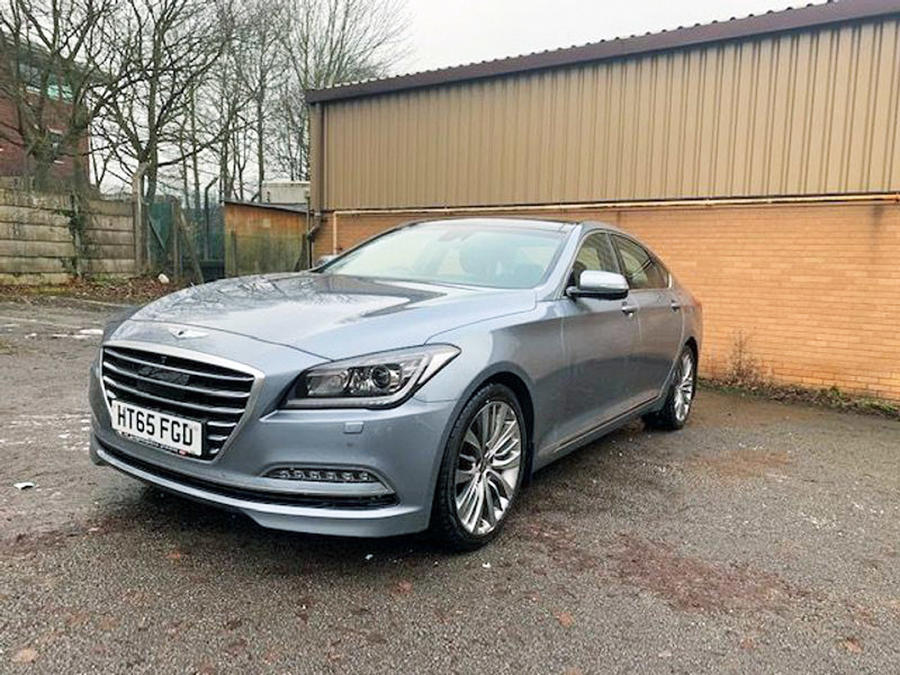 Hyundai Genesis, £19,995: The Genesis brand will soon come to the UK, but our first taste of the name came from this unlikely luxury saloon. Its 3.8-litre V6 isn’t the most frugal engine, but it has plenty of grunt, while the interior does a passable impression of today’s BMW 5 Series. 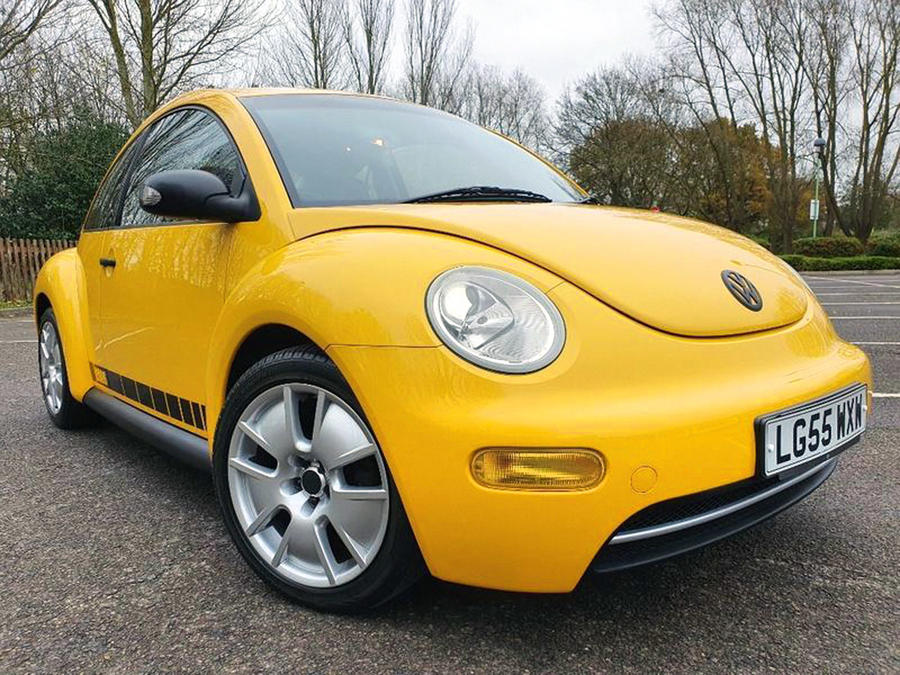 Volkswagen Beetle, £3400: We don’t often advise checking for rips in a car’s denim, but with this tribute to the 1974 Jeans Beetle, you don’t want to end up out of pocket. Its tailor-made seats are joined by black badges and retro alloys. Just ensure its belt is fresh and it zips along nicely. 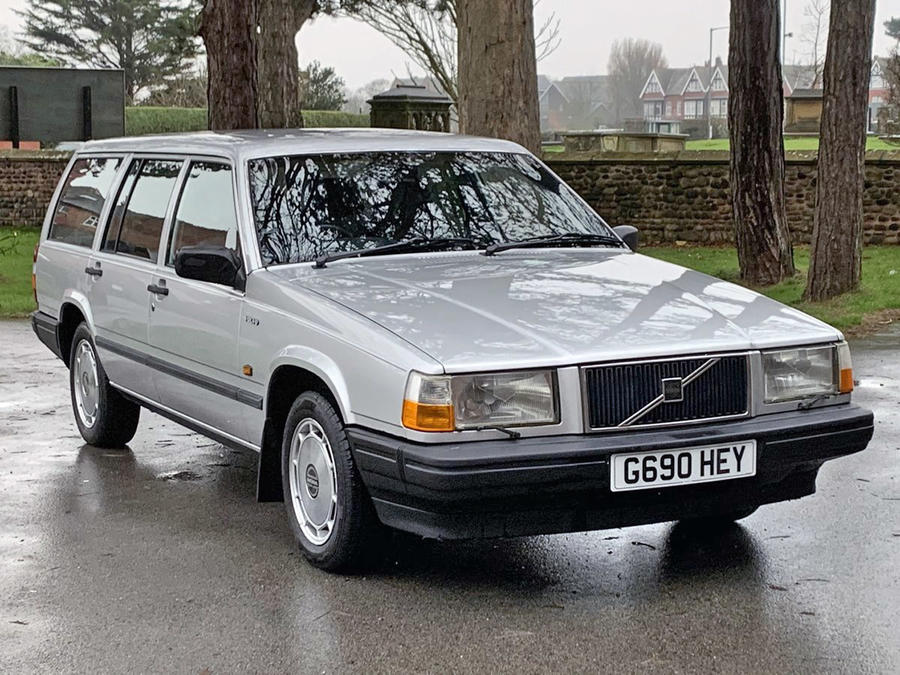 Volvo 740 GLE, £6995: This dealership has two 740 GLEs listed at this price: one manual, one automatic. Wafty wagons of this ilk needn’t be hustled, so let’s take the self-shifter, which as a bonus is three years newer and less leggy. Cruise control and electric mirrors, too. 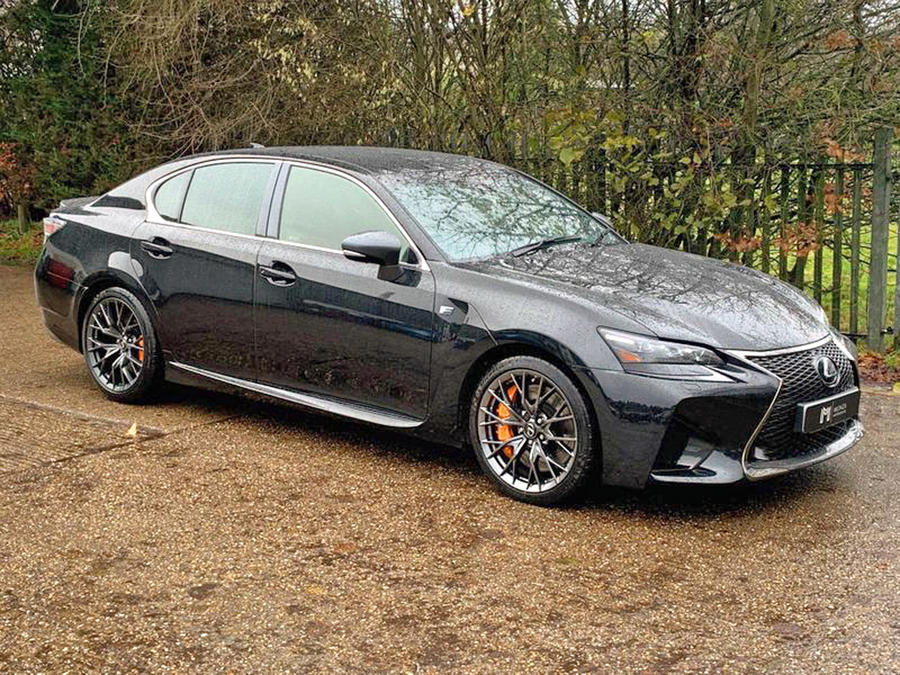 Lexus GS F, £36,990: Lexus knew it couldn’t beat BMW M and AMG at their own game, so this lesser-spotted M5 rival majors on drama rather than poise or pace. As such, there’s an explosive atmo V8, racy suspension and brakes and lots of red leather and carbonfibre inside. 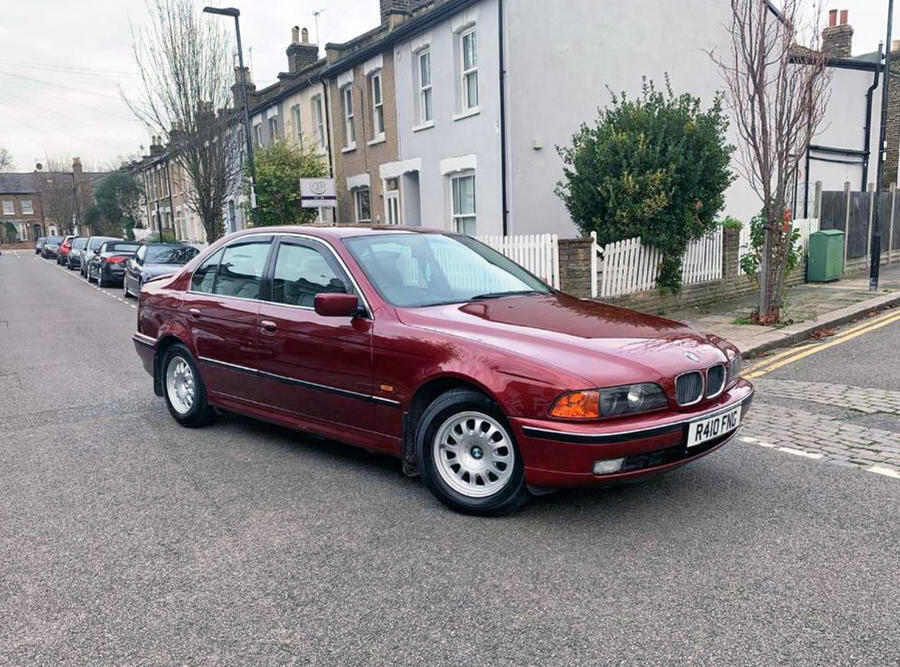 BMW 520i: A surge in demand for modern classics such as the E39 5 Series has made values of top-rung cars rocket, but you can get as much pleasure from well-sorted entry-level versions like this £1300 520i. Orange indicators and diddy wheels give its age away, but it has been treasured and features cruise control, electric windows and “ice-cold” air-con. 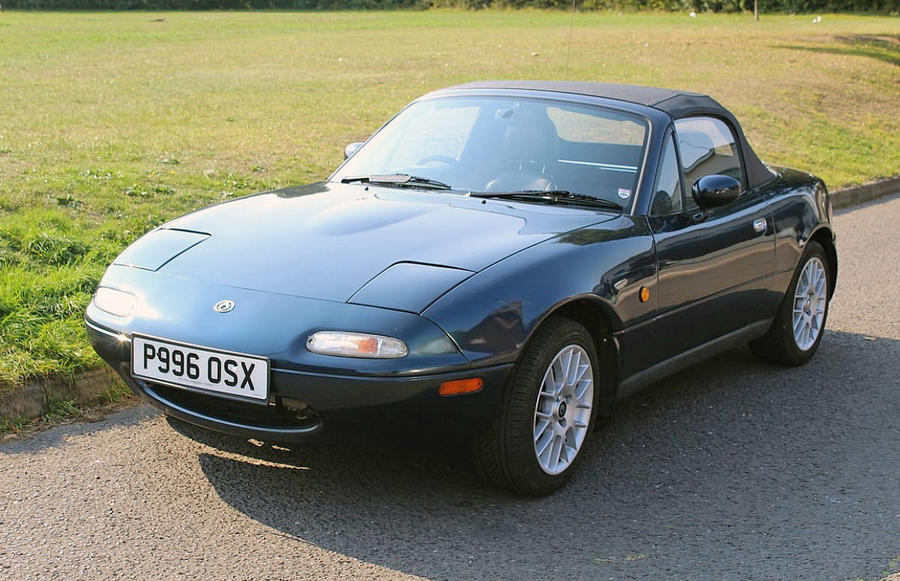 Mazda MX-5 Dakar: Of all the misleadingly named special editions, surely the Dakar version of Mazda’s diminutive roadster is among the most tongue-in-cheek. Indeed, this low-slung, 115bhp, rear-driven convertible will be about as much use on the notorious desert rally raid as Mark Thatcher, but it does at least bring a natty chrome cockpit brace, bespoke 15in alloy wheels and a Momo steering wheel. Really, £1600 isn’t bad going for even a standard Mk1 MX-5 these days, and considering this seems a very tidy example of the breed (not to mention rare, given just 400 Dakar editions were sold), we reckon one lucky bidder got an absolute bargain. 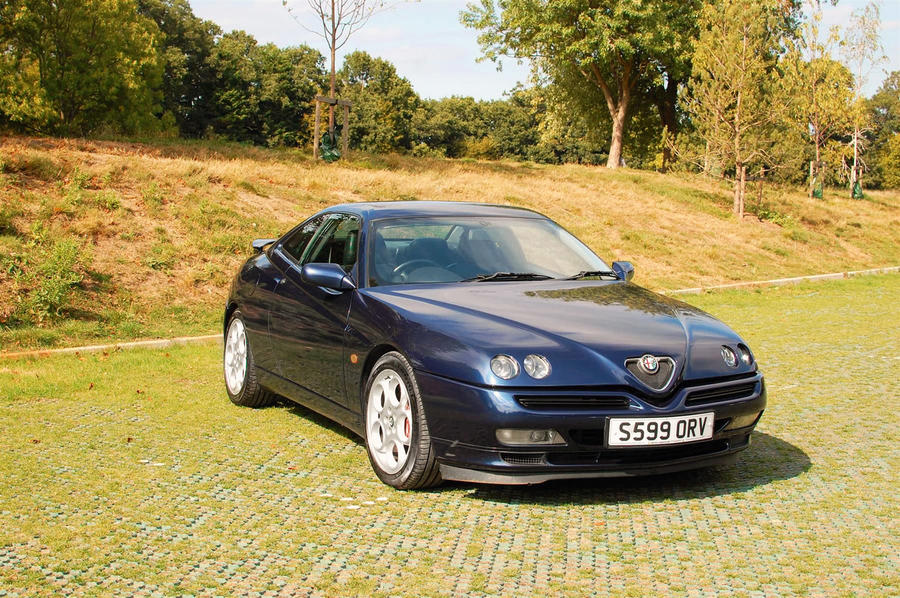 Alfa Romeo GTV, £6400: It’s hard to imagine how much it pained this Alfa Romeo’s owner to write its for-sale advert after a joyful nine years and 32,000 miles at its engaging helm. The GTV is one of those rare objectively handsome cars that just about compensates for its shortcomings with lines you will never tire of admiring. This being a 20-year-old Alfa, we can’t entirely overlook those shortcomings (a drab interior, electrical quirks and the potential for scary-sounding cambelt failure). But the 1999 GTV we found packs the glorious 3.0-litre V6 and has been faithfully maintained by a specialist, so we would be happy to let heart rule head on this occasion.

Brief: Could I please have a summer car with a sunroof for £2500? 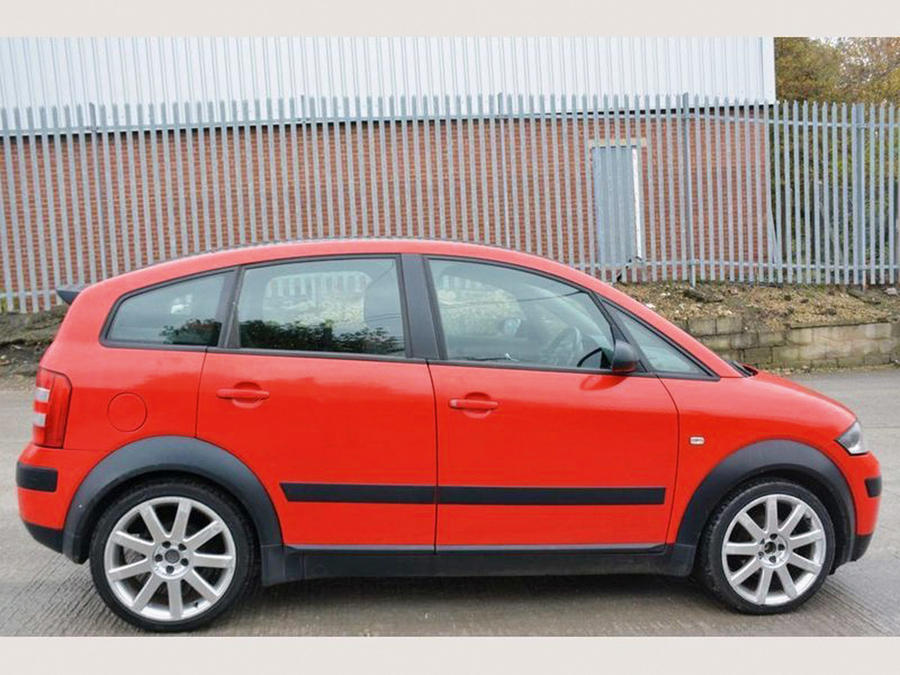 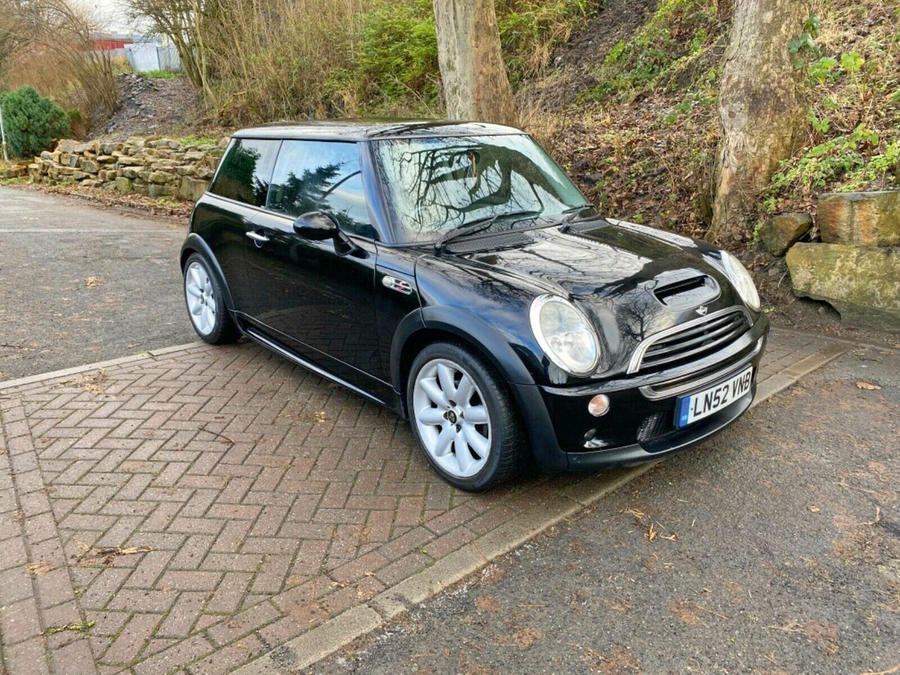 Max Adams: We can never trust the weather in Britain, so a car with a sunroof is the most desirable kind of summer car. You know what’s also desirable? An Audi, and the A2 is one of the smartest four-ringed cars yet made. Best of all, you probably won’t lose money on one, because interest in this thing is rising.

Felix Page: The cult appeal is strong with the A2, no doubt. But most interesting doesn’t always mean best, does it? I’ve gone for a car that has always been popular and lends itself far better to sunny B-road blasts than your wobbly Audi. This Mini Cooper S has every option in the book and looks like an absolute gem.

MA: It’s what lies beneath the surface that’s the issue with the R53-generation Mini. I have two friends who have bought a Cooper S, and their maintenance expenses make me wince.

FP: Two friends more than you would have driving that pint-sized Routemaster bus. This Cooper S has enough stamps in the service book to inspire confidence, and a lengthy test drive would lay to rest any concerns that its cylinder head or steering pump is on its way out.

MA: The MOT history flags a noisy exhaust, though, and I know that’s both a heck of a job to fix and a pricey one, no matter whether you go OEM or aftermarket.

FP: The seller is just trying to be as transparent as the car’s expansive sunroof. At £1850, there’s wiggle room for an exhaust replacement (or, more likely, a patching job), plus the bonus that any body damage will be far easier to rectify than on your aluminium Audi.

si73 12 February 2021
Must admit to being a bit of a fan of A2s, a bit different and ahead of its time, but in this case I'd be sorely tempted by the cooper S, these original new minis are looking just right to my eyes, especially against the bloated latest models, and having read many horror stories of the prince engine in the second gen cars, this old Chrysler lump with a supercharger seems quite appealing. And if it is fully loaded it may even have the heated windscreen, which would be a boon in this frosty weather.