The Alfa GTV is a timelessly stylish coupé with real enthusiast appeal, but there are pitfalls to be avoided
Share
Open gallery
Close
Share story

If the Alfa Romeo GTV could talk, it would still be hoarse from its acceptance speeches. In 1995 it garnered at least 10 gongs, two of them from this magazine: Best Sports Car and Car of the Year.

Almost 25 years later, the champagne may have gone flat but this 2+2 coupé (there’s also a two-seater roadster called the Spider) is still impressing enthusiasts, as prices approaching £10,000 attest. Such a sum buys a one-owner, 42,500-mile GTV 3.0 V6 24v Lusso registered in 2001.

But you don’t have to pay that. We turned up an example of the rarer and more sought-after 3.2 V6 Lusso. It’s done 92,000 miles, has full history and is being offered for £7495. It dates from 2003, the year this most powerful version was launched and when the GTV was facelifted for the final time. Twelve months later, production of the coupé ceased as its successor, the Brera, was readied. 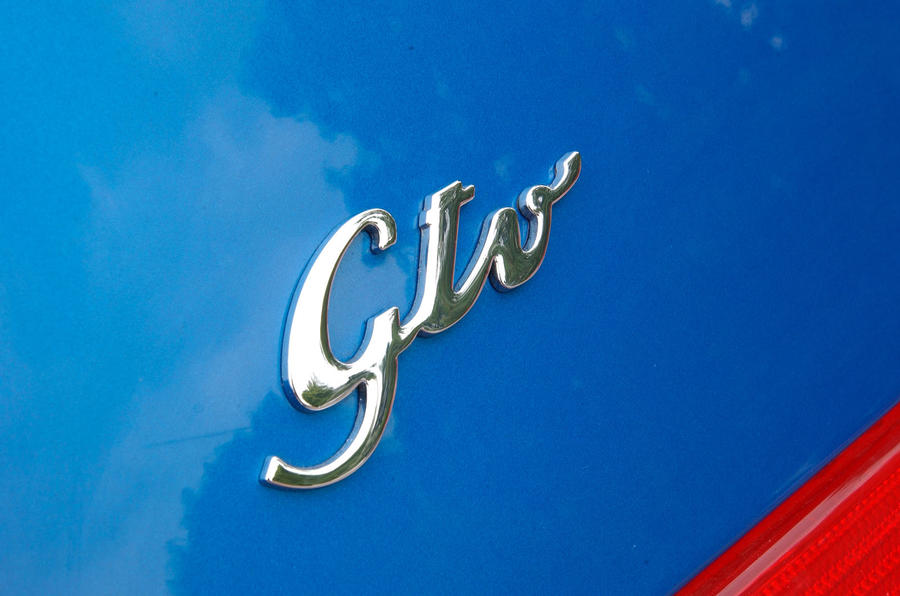 The GTV arrived in 1995. Styled by Pininfarina and with a confident, heart-shaped grille incorporating Alfa’s colourful emblem, it’s an attractive car spoiled only by a bland interior that feels a bit low-rent. Subsequent facelifts rounded off the car’s edges and relocated the front numberplate to an offset position, keeping it looking fresh. Bonnet, wings and nose are composite, so no rust concerns there. Elsewhere the body is galvanised, but even so, it’s worth checking for rust in the floor and on the rear arches and sills.

The GTV was initially offered with a 2.0-litre 16-valve Twin Spark engine with 148bhp. Later versions gained a variable intake manifold. For its performance, reliability, smoothness and value, this is the engine to have.

It was followed, in 1998, by a 3.0-litre 24-valve V6 with 217bhp. To go with the higher performance came larger ‘teledial’ alloys with bigger brakes adorned with red calipers. 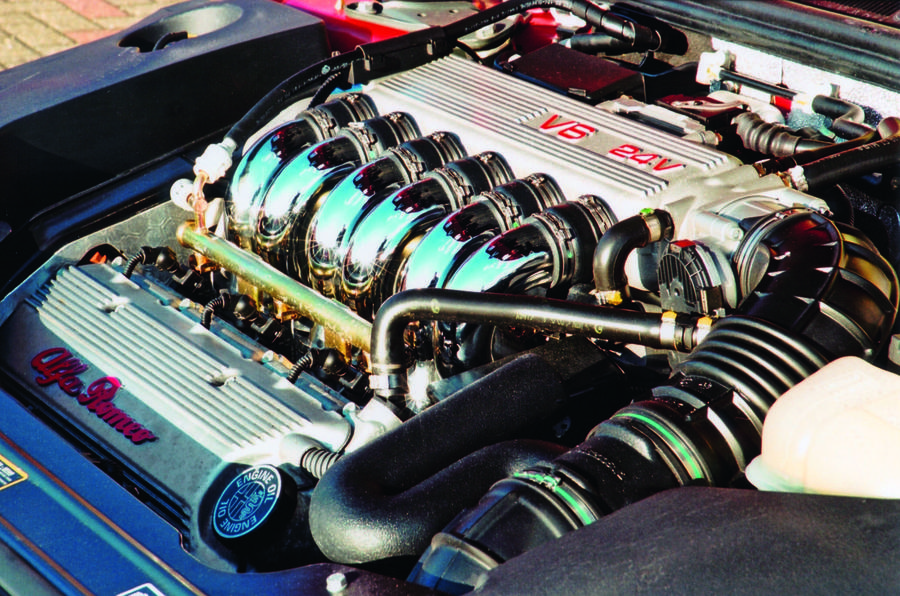 Today the V6 commands the highest prices, and rightly so, but a well-bought and cheaper TS is the better buy. What’s not such a good buy is the 163bhp 16-valve 2.0 JTS, launched in 2003, that replaced it and which has an appetite for bearings and bores. At the same time, the 3.0-litre V6 was replaced by a 3.2 producing 238bhp for 0-62mph in less than six seconds. Few were sold.

Trims boil down to Turismo and Lusso (V6 cars are exclusively Lusso). There’s a V6 Cup, too, but just try to find one. In any case, at this distance, condition trumps trim. 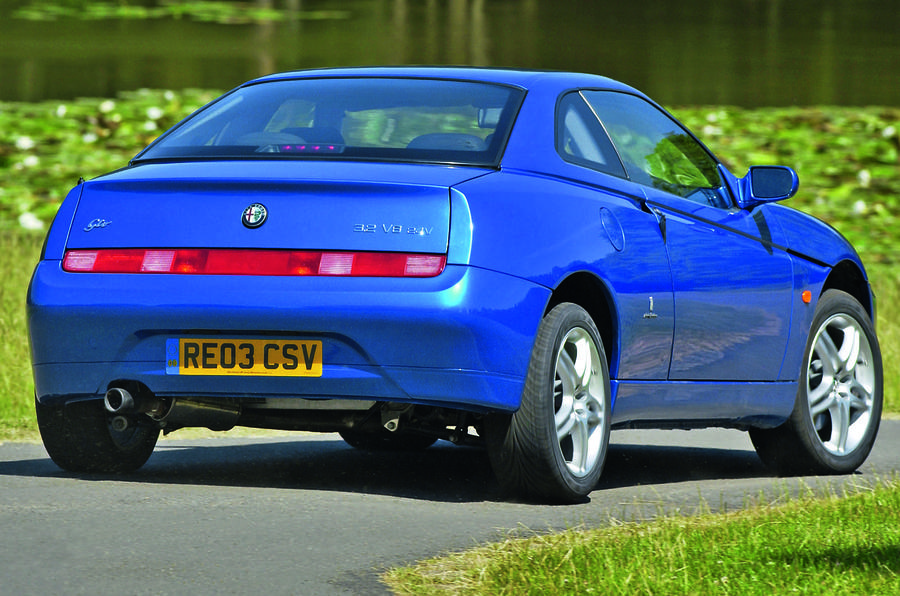 Ned Kirkham, director, Autolusso: “I’d buy a Phase 2 3.0 V6 with the CF2 engine. The CF2 was a useful improvement on the CF1 in the Phase 1 car but not as complicated as the later CF3 that complied with Euro 3 standards. Then I’d fit a Quaife ATB limited-slip diff. It makes a big improvement to the way the 3.0-litre turns in because without it, it can understeer horribly. Avoid the JTS – it suffers oil dilution caused by its direct fuel injection, which causes cylinder bore, camshaft and big-end bearing wear. It also suffers from carbon buildup in the intakes. Look out for the 3.2. Only 54 were sold in the UK and a good one is highly prized.”

■ Engine: All engines require a cambelt change every 36,000 miles/three years and fresh oil every 8000. A diesely rattle at idle means cam variator failure. It should be changed with the cambelt. With JTS engines, check oil quality for fuel dilution and frequency of changes. On all engines, rough running and misfiring may be due to poor timing, or on V6 engines a faulty mass airflow sensor or head gasket failure.

■ Gearbox: On the 2.0 TS, if the clutch bites close to the top of the pedal travel, it needs replacing. The V6’s pull clutch gets heavy and notchy when warm. Check for smooth gearchanges. Swarf buildup in the end casing can cause fifthgear selection issues. On V6s, budget for a Quaife ATB limited-slip diff.

■ Brakes, suspension and wheels: Lower front wishbones wear at each end, causing front tyre inner shoulder wear (although it could also be an alignment issue). Bushes on the rear suspension can wear and specialists advise replacing with Powerflex items. On the V6, feel for warped front discs. Check tyre pressures – the alloys can oxidise, causing a poor seal.

■ Body: Check the sills, footwells and jacking points for rust.

■ Interior: Check the windows work and, on later cars, that the glass drops 10mm. Check the heated rear screen – it can burn out its connection or, worse, the fuse box. 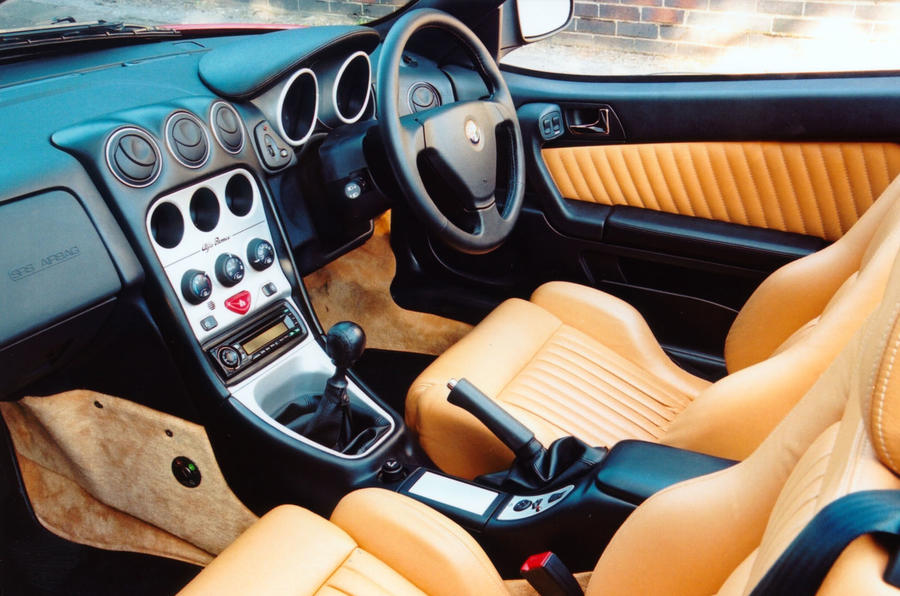 The GTV is from a time when some cars required two keys. GTVs from 2000 need their red and blue-topped keys. Before that date, make sure the key code is with the car or you’ll struggle to get a duplicate and the immobiliser won’t work. Specialists can advise in case. Try car-keys-online.com. 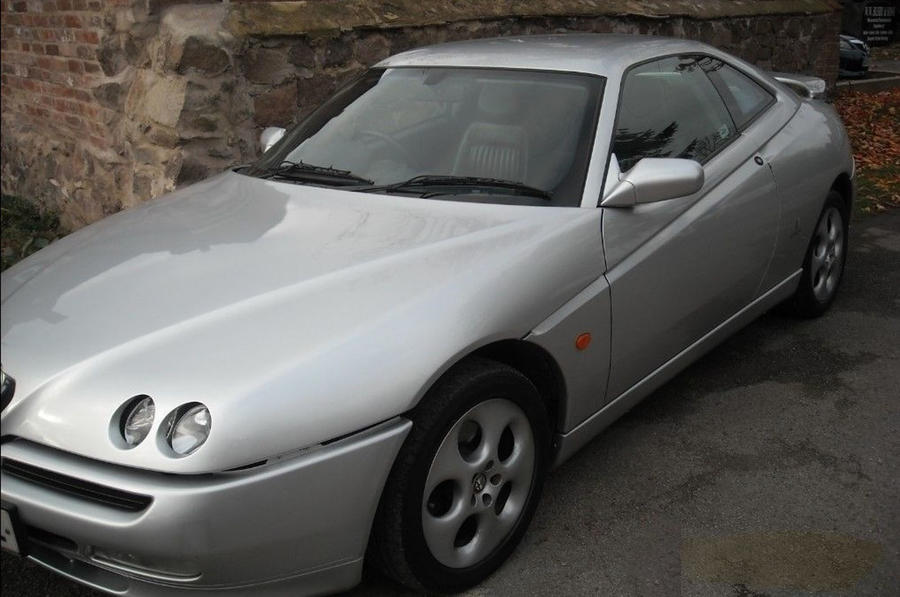 The greatest cars by Pininfarina​

These are stunning, I thought

These are stunning, I thought bangle had a hand in the design as he did with the fiat coupe, same sort of slash down the side.
concinnity 2 September 2019

The GTV was designed by

The GTV was designed by Enrico Fumia at Pininfarina. He also designed the Alfa 164 and the 1981 Audi Quartz show car, the Quartz gave a slight preview of the GTV, particularly in the frontal styling and headlight treatment. 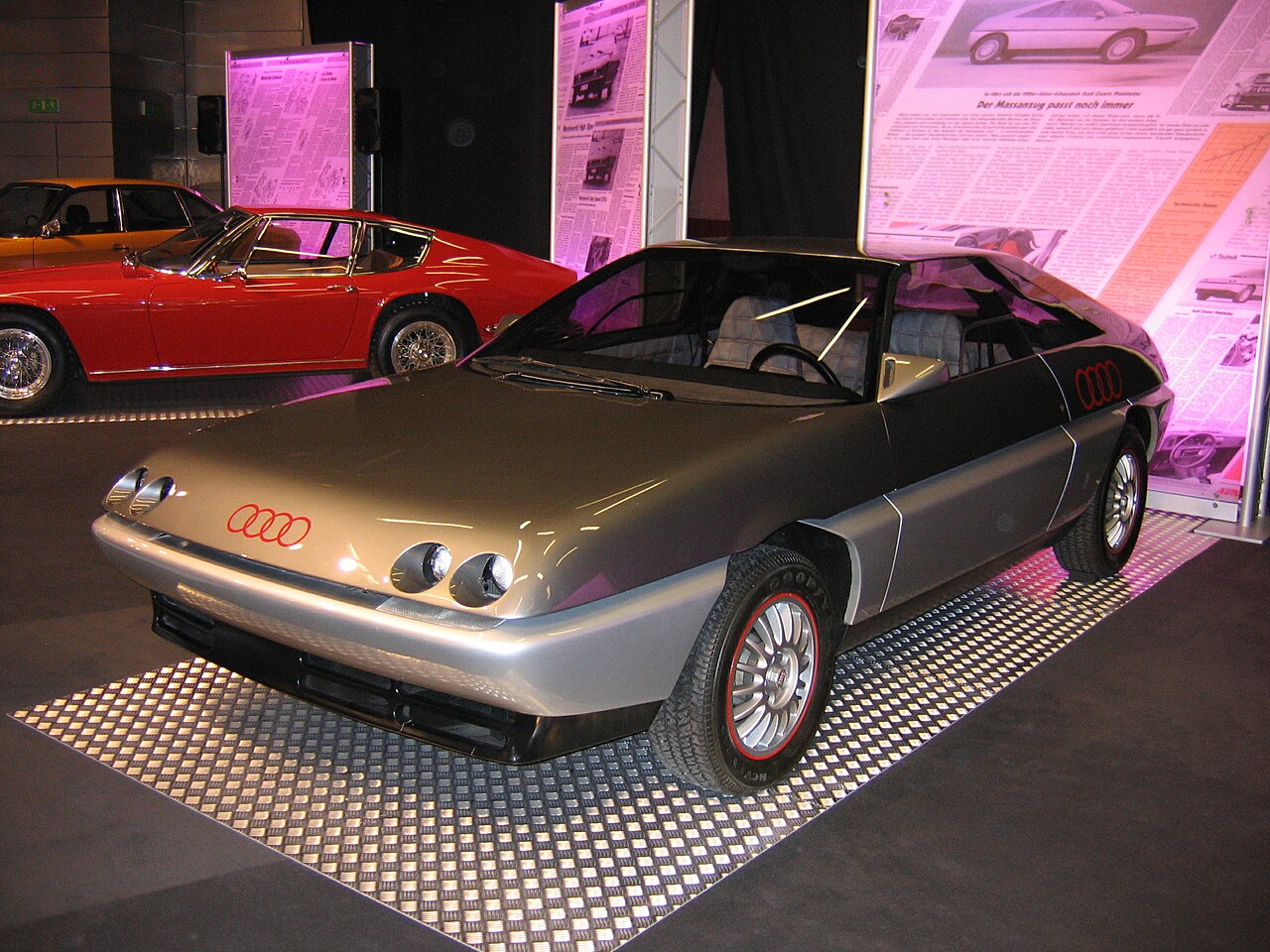 25 years on and as desirable, sexy and exotic as ever. I'll have one some day if a SZ is out of reach.
jameshobiecat 2 September 2019

Much want! That leather (only

Much want! That leather (only the Italians can do it like that), those looks, that v6... Purr.