Since 2016, the second-generation Sportbrake has been a fine alternative to an SUV
Open gallery
Close

It might look a million dollars but you can pick up a good example of the handsome second-gen Jaguar XF Sportbrake for around £18,000, which seems like an exceedingly healthy return. What you’ll be getting is a fine-handling, well-equipped and practical estate that’ll cut a dash on your driveway for thousands less than a dynamically compromised SUV of a similar age.

Under the elegant bonnet, there’s a choice of six engines. The petrols on offer are 247bhp and 298bhp 2.0-litre four-cylinder units. Propping up the diesel range are 161bhp and 178bhp 2.0-litre engines, while a twin-turbocharged version produces 237bhp. Topping the range is a silky-smooth twin-turbo 3.0-litre V6.

Click here to buy your next used XF Sportbrake from Autocar

Upgrade to Portfolio and you get 18in alloys, split folding rear seats, front parking sensors, a rearview camera, keyless entry and a 380W Meridian sound system. The R-Sport comes with an aggressive-looking bodykit and sports suspension. S gets you an even beefier bodykit and 19in alloys, while those after more exclusivity can opt for the tech-heavy First Edition.

All the engine options move the car around with decent suavity, with the petrol units and range-topping V6 diesel being impressively smooth if inevitably less efficient.

With self-levelling air suspension at the rear as standard, the Jag has great balance in corners, so threading it down a twisty road is a positive pleasure. It’s comfortable, too: larger road irregularities pass by with minimal fuss and its body stays well controlled over dips and crests.

It’s nearly as impressive inside. The driving position is low and adjustable and the dashboard is laid out logically and modern and crisp in feel, with Jaguar’s trademark rising gear selector and revolving air vents. The interior looks good, even if perceived quality and the infotainment system fall well behind those of its Audi and BMW rivals. 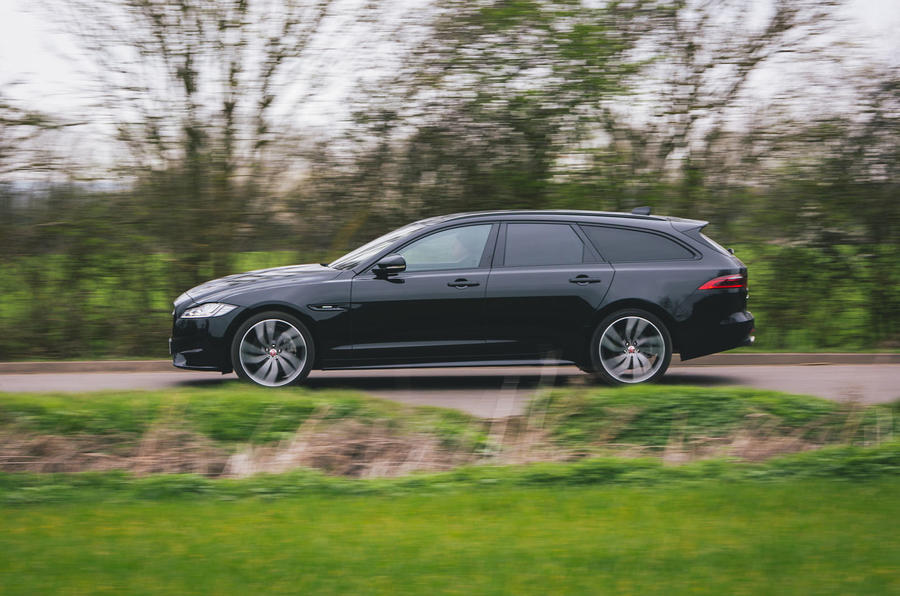 There’s plenty of interior space, too, with room for six-footers both up front and in the rear. Its boot is larger than some of its rivals’ and smaller than one or two others, but the load bay is usefully flat and it’s easy to load and unload large objects.

The XF Sportbrake received a mild makeover in 2019, including updates to Jaguar’s Touch Pro infotainment system and safety and comfort improvements across the range.

Automatic gearbox If you feel a slight hesitation the good news is that it may be possible to cure it with an adjustment or reprogramming of the accelerator potentiometer, the component that determines how much to open the throttle valve to permit more fuel to flow.

Tyres Owners report that some premium brands wear down faster than others (in 5000 miles) so check their condition.

Interior Check the load area isn't too knocked about and that the rear bumper top isn't scraped and scratched. There have been issues with the electrical systems based around the sat-nav and the infotainment, so check those carefully. 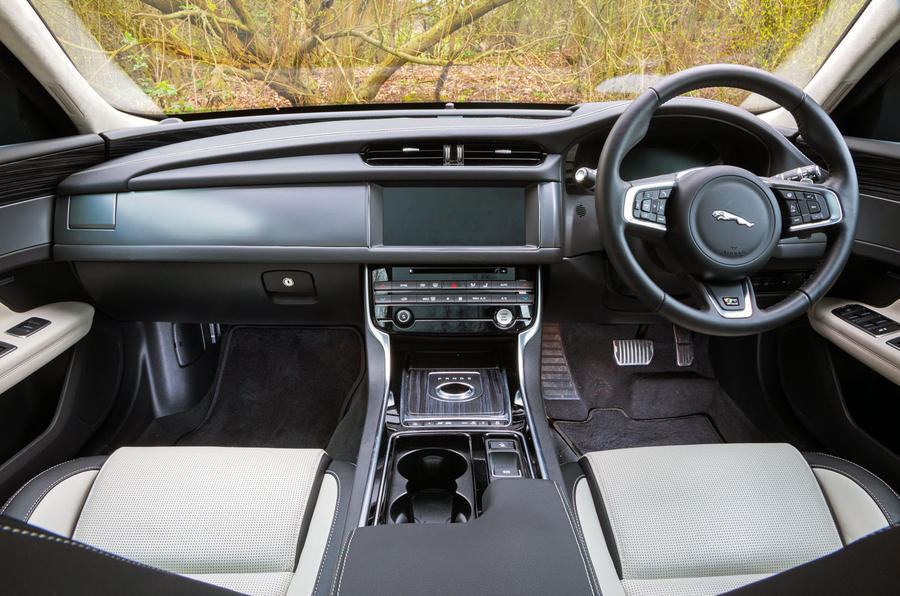 There have been issues with the electrical systems based around the sat-nav and the infotainment, so check those carefully.

XF Sportbrake 3.0d V6 S: The top-spec diesel is as smooth as a baby’s bottom and thrillingly quick, too, as well as surprisingly economical. S trim adds goodies galore and smart 19in alloy wheels to impress the neighbours.

XF Sportbrake 2.0i 300 Portfolio AWD: The most powerful petrol engine is like whipped cream and enables 0-60mph in just 6sec, while four-wheel-drive traction keeps it on the straight and narrow.

most executive cars drop 50% plus in three years, Just Saying....

Nearly, but not for me

I like what I hear about these cars dynamically however the intentions of the developers with 4 pot turbo petrol and 6 cylinder diesels it seems to have been developed a bit of a "tax break special" mentality. Not viable for me due to engine the configuration shortcomings.