BACK TO ALL NEWS
Currently reading: Buy them before we do: second-hand picks for 5 June
UP NEXT
Volvo XC90 to offer EV version, new look and tech-led cabin

Buy them before we do: second-hand picks for 5 June

Fear not, our used car experts have compiled their picks from the classifieds. See anything you like? Best to move fast and buy them before we do...

The saucy Suzuki Swift Sport is an entertaining little rascal that we’ve always had a soft spot for. It has belligerently bucked the turbocharged, small-capacity engine trend and proudly flown the flag for natural aspiration. But the next Swift Sport will be getting a turbo. Shame.

The sensible stuff first. The boot is small and the rear seats are best suited to young children, but then this isn’t a very big car. It’s a well-equipped one, though, with all the mod cons such as climate control, sat- nav, cruise control and a DAB radio. None of this makes it go faster, but it’s welcome in a sensible commuter car.

See a Suzuki Swift Sport for sale on PistonHeads

When you do escape the urban sprawl, there’s a naturally aspirated 1.6-litre petrol motor that thrives on revs and it’s paired with a slick six-speed manual gearbox to enable you to keep it near the redline. TheSwift Sport has a firm ride, but then the word ‘Sport’ is emblazoned on the back so you were warned about this. It never becomes uncomfortable, mind, and it does help to keep body roll in control. The tyres stick tenaciously to the road surface, meaning that you’ll need a good yank of the handbrake to really get the tail to step out of line. In other words, you can enjoy throwing the car around without fear of it biting back.

All in, there is a lot to like about the Swift Sport. This one, plucked from PistonHeads, has covered fewer than 13,000 miles so far and therefore has plenty of life left in it. You’ll be able to thrash it with abandon without fear of it breaking, all courtesy of Suzuki’s well-deserved reputation for reliability. So if you’re interested in a small and fun little hot hatch, buy one now and revel in that naturally aspirated goodness.

A cheap BMW 6 Series is a rare thing these days, yet we managed to find this one being sold by a private individual for less than £13k. It has the big engine for lolloping across continents and the desirable automatic transmission, along with plenty of evidence of a sympathetic restoration.

See a BMW 6 Series for sale on PistonHeads 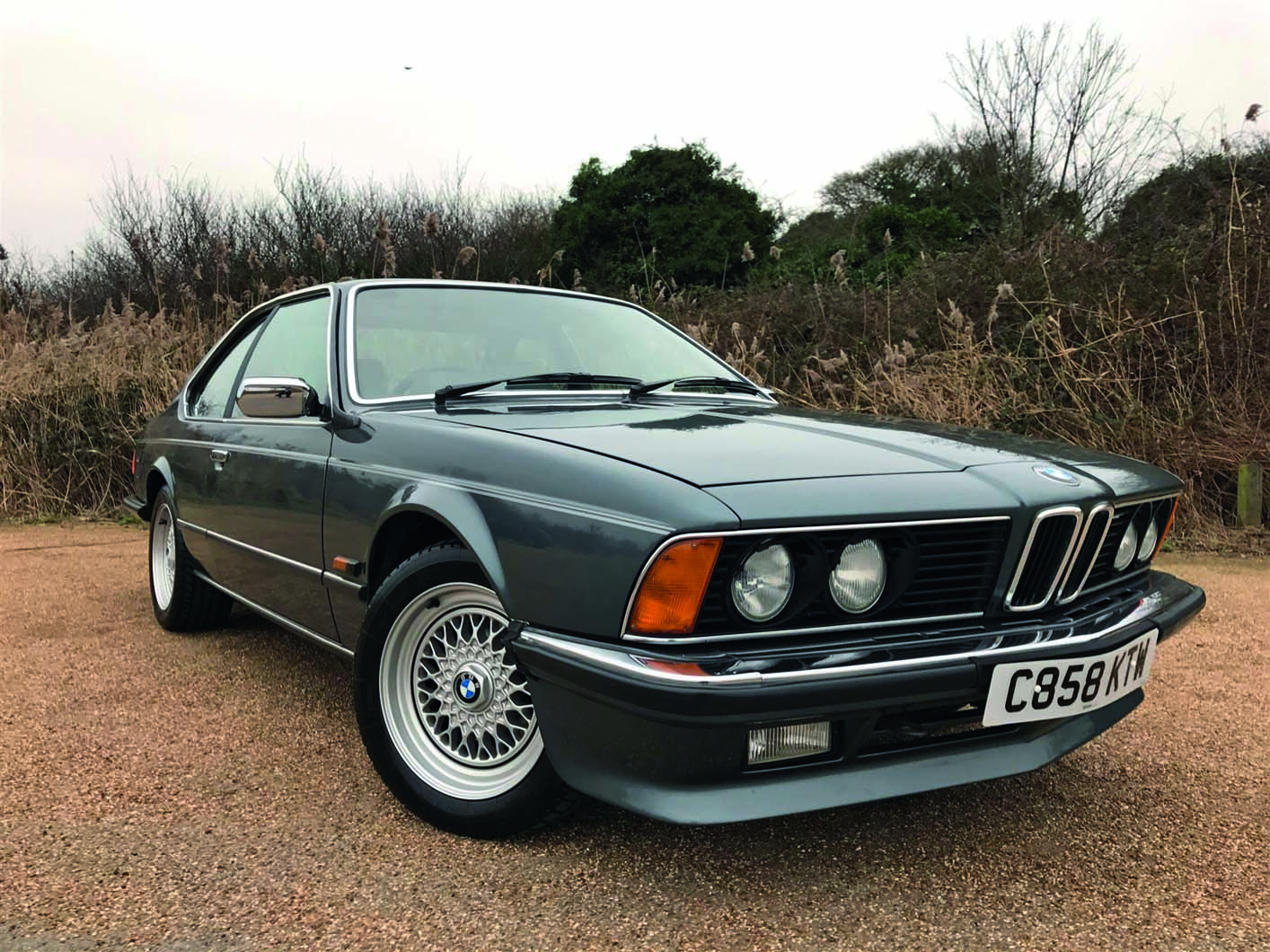 This striking Volkswagen Caravelle looks like a strawberry creme on wheels thanks to its two-tone paint scheme. Everyone should be able to look – and feel – cool because there’s three-zone climate control, and indoor picnics for when the heavens open shouldn’t be an issue with its fold-out table inside. 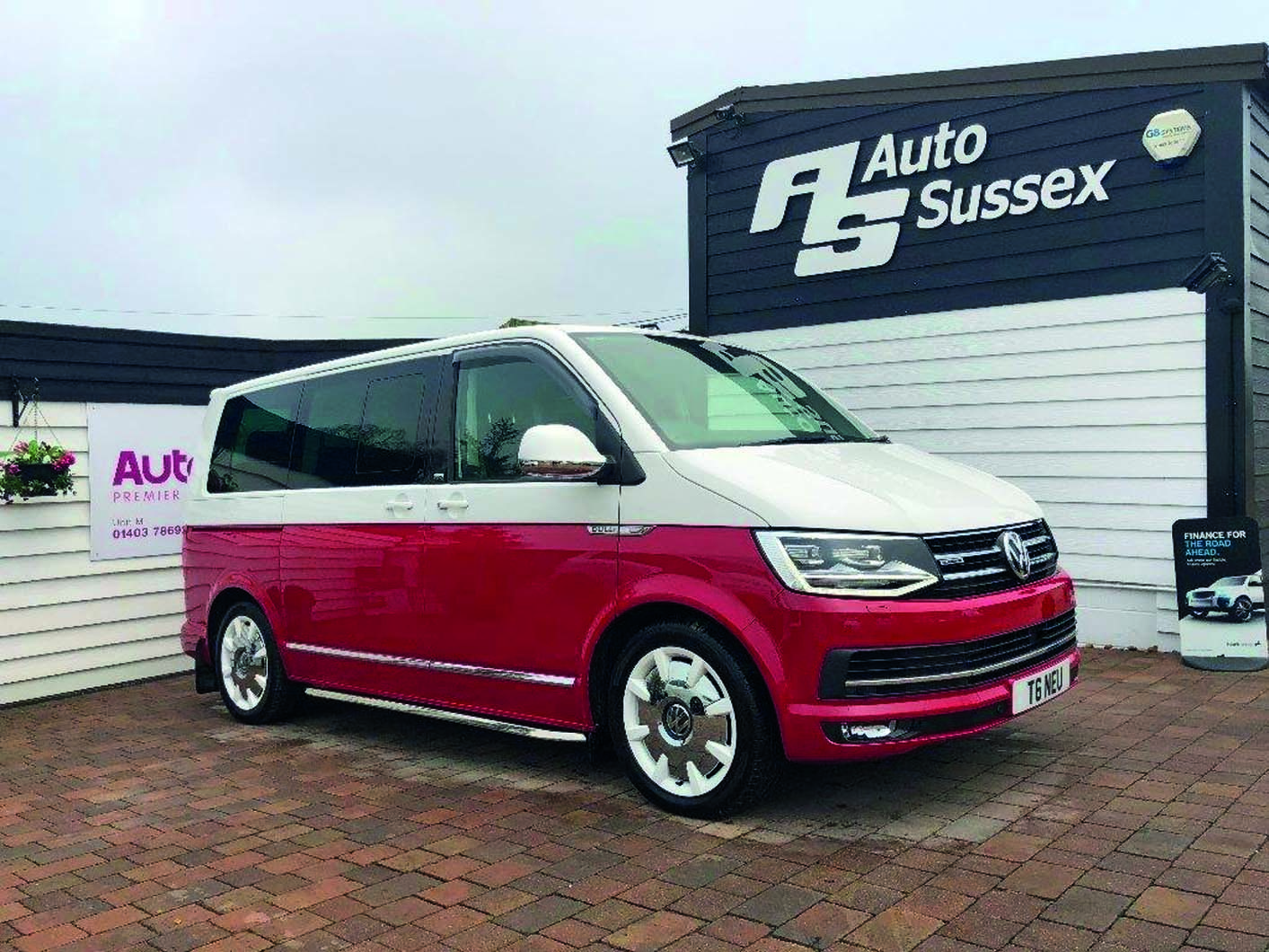 If there is a convertible that’s ideally suited to Britain’s changeable weather, it’s the Saab 900. Built to deal with the very worst of Swedish winter, the 900 Convertible will have no trouble coping with a light rain shower. And the hood’s electric so you can quickly get your top off when the sun makes an appearance.

See Saab for sale on PistonHeads 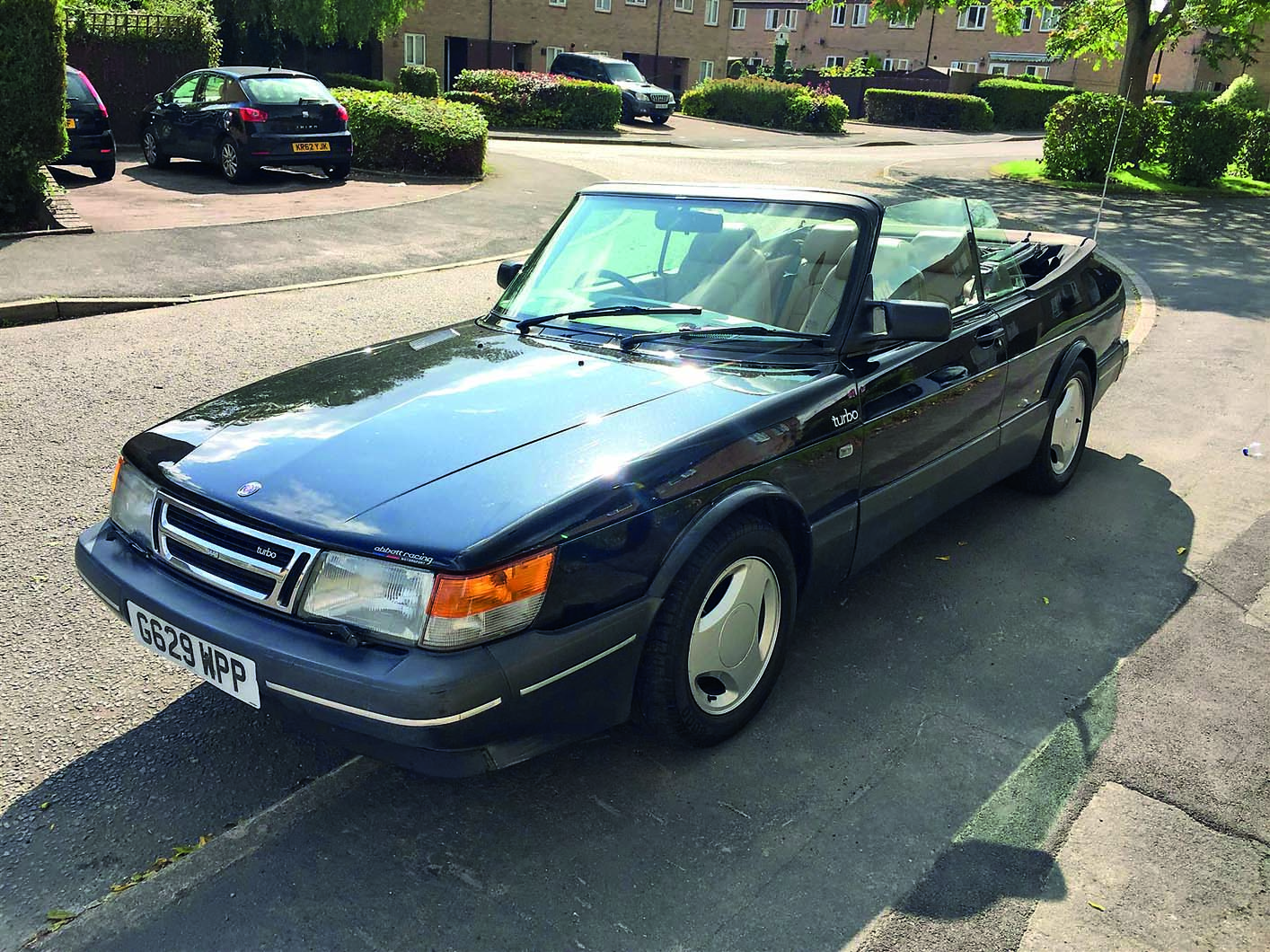 Talking of sun, it’ll be out soon (if you haven’t been enjoying it already), so there’ll be another Festival of the Unexceptional and this Peugeot 104 is an ideal candidate. It needs some ‘light’ recommissioning to put it back on the road, but with only 45,000 miles on the clock and a tidy interior, it could be a winner.

See Peugeot for sale on PistonHeads 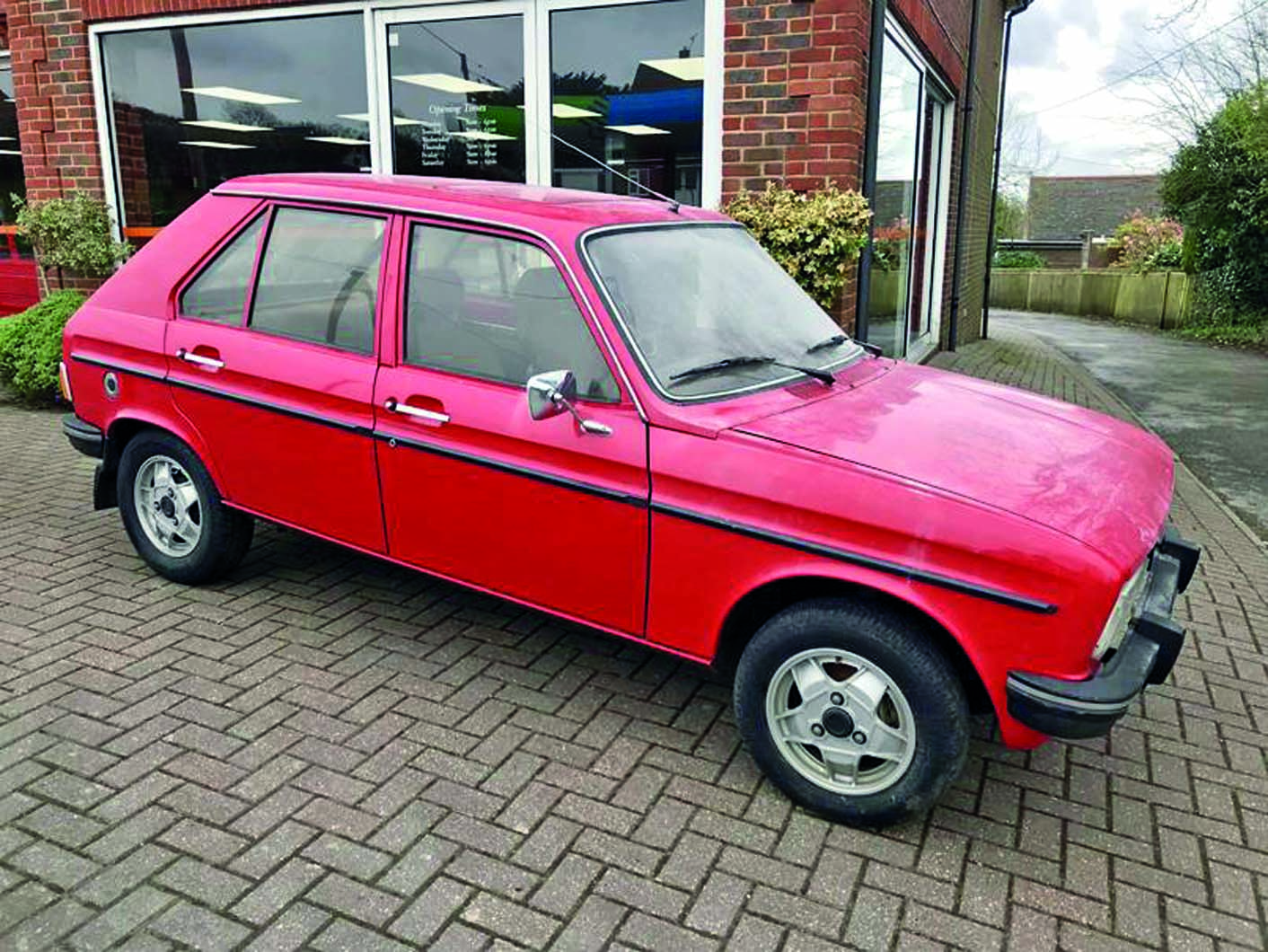 Renault Caravelle: You may have read about the James Hull collection auction in our 28 March issue, but this 1968 Renault Caravelle stood out as one of the few cars at the sale from a foreign manufacturer. Produced between 1958 and 1969, the Caravelle was a rear-engined two-seat convertible to rival the Volkswagen Karmann Ghia.

The listing for this late model made no mention of the removable hard-top it would have had as standard but it did say it needed fettling to make it roadworthy; the £5400 it went for is rather strong money for something without an MOT and missing ultra-rare bits.

Price new £24,405. Price now £15,400 The new Ford Focus has just been announced, which means you can find some great deals on the existing one. We like the 1.0-litre Ecoboost petrol model for its blend of economy, decent performance and refinement. We also rate the tidy handling and superbly judged ride. Plus, Titanium spec gets you the bigger, 8.0in infotainment system. The boot might be a little on the small side, but we can forgive that for the near-£9000 saving off this almost new example, which has an automatic transmission, that we found on PistonHeads. 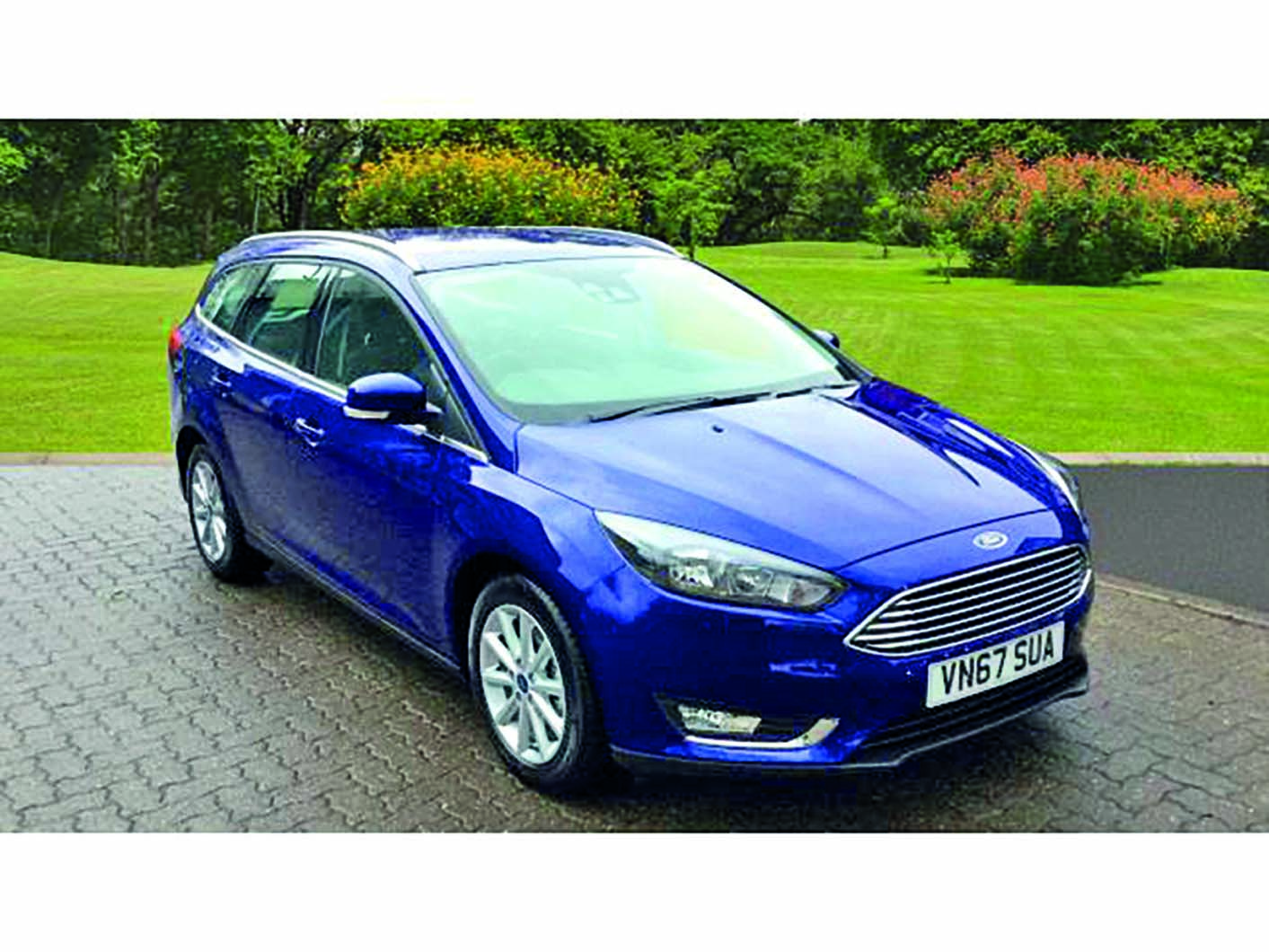 Brief: Fuel prices seem to be creeping up again, so could you two find me the fastest car you can for under £12k that can still achieve 40mpg?

Audi A5 3.0 TDI quattro £8795: There’s no poncing about with a dreary dolled-up executive saloon here. This A5 Coupé is a ferociously popular car that’s great to look at, fantastic to sit in, brilliant to drive (and 4WD, so no nasty surprises in the wet, and it’ll work on mud and snow, unlike the BMW), unceasingly reliable and fine value. It’s fast – 0-62mph in 5.9sec in my manual version – and, at 42.4mpg on the combined cycle, economical. And my full-service-history, two-owner car is well under budget. 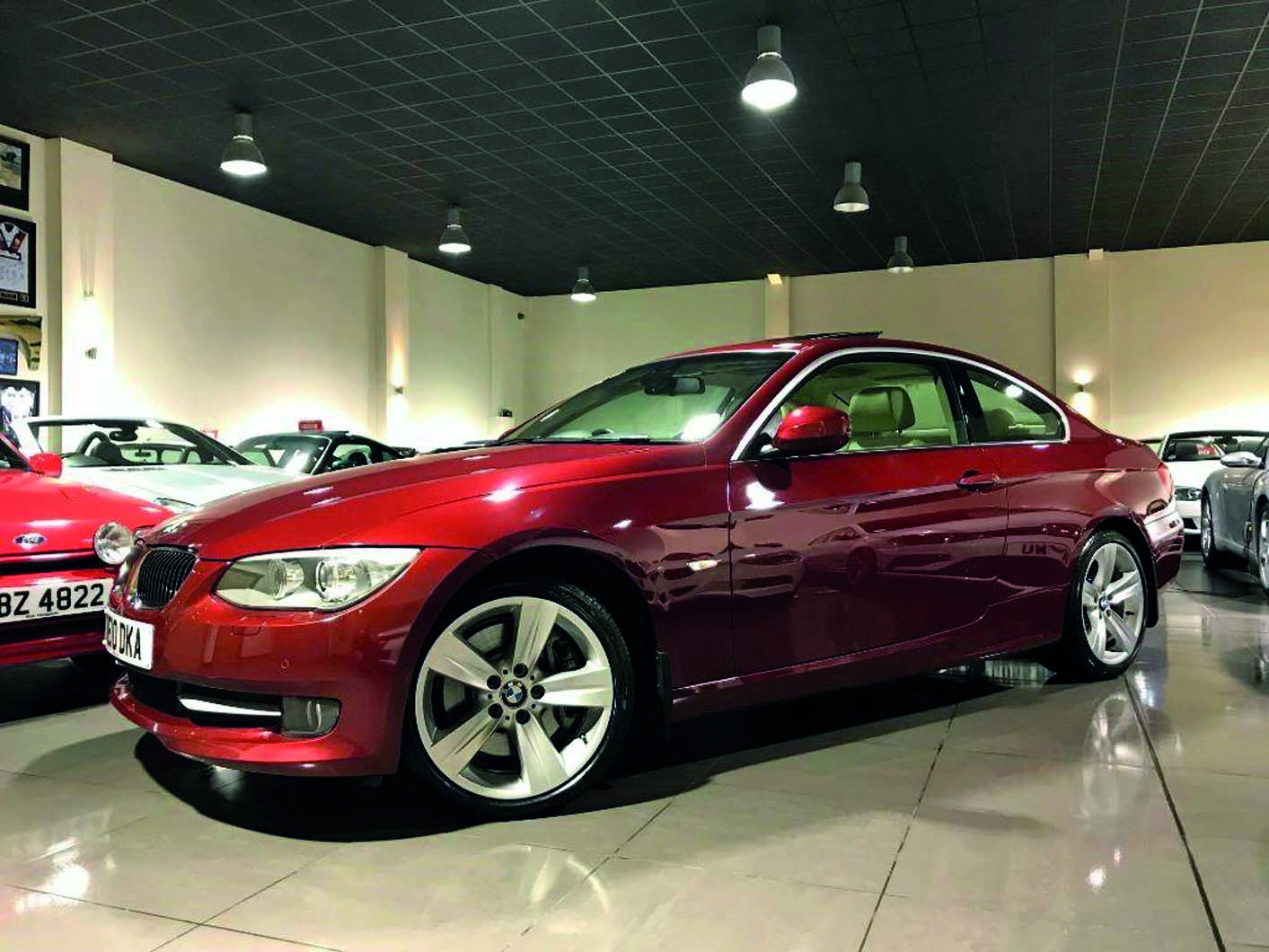 BMW 335d Coupé £11,495: That Audi’s good but wouldn’t you rather the driver involvement of a BMW, Max? And not just any BMW: this 335d is in super- comfortable SE trim, with £6k of options. The cream leather interior’s the height of luxury and it’s an auto. Rear drive is, of course, where it’s at, and it has done 30k miles fewer than Mark’s car, backed by a full history. Plus there’s a claimed 42.8mpg and 0-60mph in 5.9sec. It’s a deeply tempting buy.

These two are so closely matched that I’ve had to award it on price. Because of how cheap it is, the Audi has to be this week’s winner.