Volvo is testing a new system for recharging electric cars wirelessly to assess the technology's viability for future models.

Tests involve a fleet of Volvo XC40 Recharge cars with wireless charging capability, which are being used as taxis in Gothenburg, Sweden. Volvo told Autocar that six cars are involved in the trial, with plans to expand over a period of three years.

To charge wirelessly, compatible cars park over a charging pad that has been embedded into the road surface. Charging starts automatically once the car is lined up appropriately, so drivers don’t need to leave the car.

Volvo claims the charging speed is more than 40kW, which is almost as fast as a wired 50kW fast charger and four times faster than a wired 11kW AC charger. The firm says this is enough for 60 miles of range in 30 minutes. 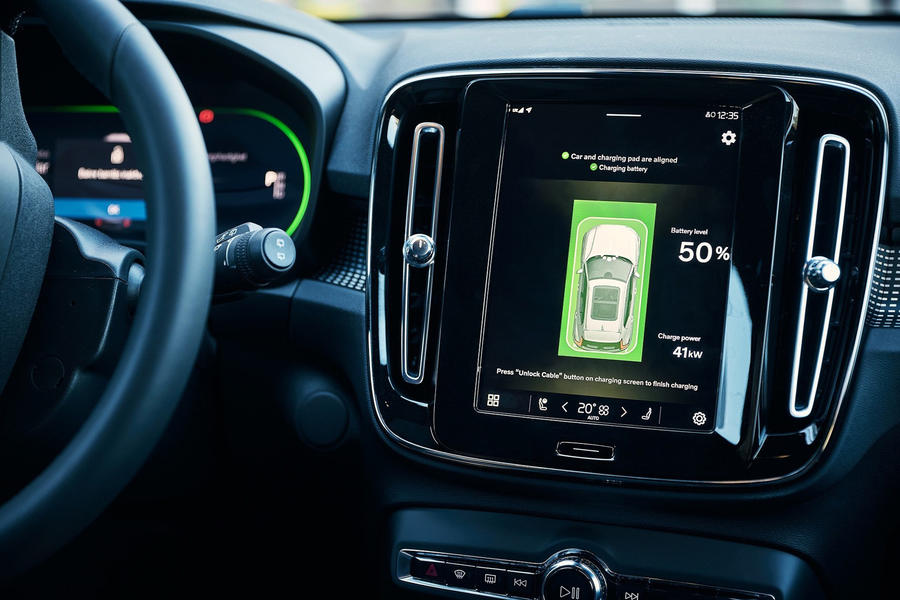 Charging pads are supplied by US-based Momentum Dynamics, a specialist in wireless vehicle charging. The company has already produced a system capable of charging a bus and previously used a fleet of 25 adapted Jaguar I-Pace models to test the technology in Oslo, Norway.

Gothenburg, the home of Volvo's headquarters, is currently running a number of projects to research and develop sustainable technologies. The city uses dedicated areas for the tests, known as the Gothenburg Green City Zone.

“Gothenburg Green City Zone lets us try exciting new technologies in a real environment and evaluate them over time for a potential future broader introduction,” said Mats Moberg, Volvo’s head of research and development. “Testing new charging technologies together with selected partners is a good way to evaluate alternative charging options for our future cars.”

The zone is targeting emission-free transport by 2030. Volvo said: “Using a real city as a testing ground will enable the company to accelerate development of technologies and services in the areas of electrification, shared mobility, autonomous driving, connectivity and safety.”