BACK TO ALL NEWS
Currently reading: Jaguar I-Pace to be used for wireless charging taxi fleet
UP NEXT
Hidden gems: A peak behind the scenes at Beaulieu

Jaguar I-Pace to be used for wireless charging taxi fleet

A fleet of 25 Jaguar I-Pace EVs will be used as taxis in Oslo, Norway to trial a new wireless charging system.

The Norwegian capital has launched an initiative called ‘ElectriCity’, which includes the goal of making its taxi system emission-free by 2024. As part of the scheme, tech firm Momentum Dynamics and charge point firm Fortnum Recharge are installing a number of wireless high-powered charge points for taxis.

Jaguar Land Rover will supply 25 Jaguar I-Pace models to Oslo taxi firm Cabonline and says the recently updated electric SUV has “been designed to enable” Momentum Dynamic’s wireless charging system. Engineers from the British firm have been involved in tests of the charging system.

The wireless charging system consists of a number of charging plates, each rated at 50-75kW, which are installed below the ground at various drop-off and pick-up points such as taxi ranks. It is claimed that the automatically engaging system provides between six and eight minutes of energy for each charge of up to 50kW. 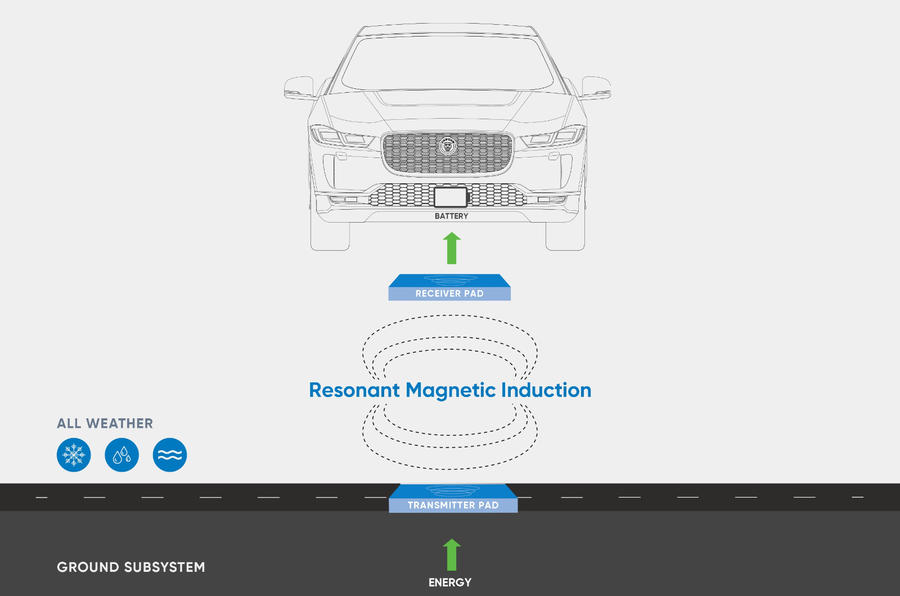 Placing the chargers in locations where taxis frequently queue for passengers removes the need for drivers to take time out for charging during work hours and enables regular topping up of charge throughout the day - extending the time they can potentially remain in service.

Jaguar Land Rover boss Ralf Speth said: “The taxi industry is the ideal test bed for wireless charging, and indeed for high-mileage electric mobility across the board. The inherently safe, energy-efficient and high-powered wireless charging platform will prove critical for electric fleets, as the infrastructure is more effective than refuelling a conventional vehicle.”