BACK TO ALL NEWS
Currently reading: Under the skin: Why more pressure means cleaner petrol engines
UP NEXT
Next Mazda MX-5 to maintain driver focus with petrol power

Under the skin: Why more pressure means cleaner petrol engines

Particulates are the bane of direct fuel injection engines, but ramping up the pressure and other innovations can solve this
Share
Open gallery
Close
Share story

One way to fix that is with higher-pressure fuel injection systems. Current GDI systems work at 200 bar but an industry first from Delphi Technologies is a 350-bar system. Delphi, Magneti Marelli and Bosch are all working on future 500-bar systems as well. First, though: what is it about GDI engines that makes them generate more particulates than a conventional port-injected ones? The fuel is identical, so what’s the difference?

The traditional method injects a metered mist of fuel into each inlet port as pistons draw air in on the induction stroke. The fuel rushes through the tracts of the inlet manifold, evaporating into the rush of air as it goes, and arrives inside the cylinder as a lovely, evenly mixed (homogeneous) charge ready for ignition.

GDI engines, on the other hand, draw in fresh air only and inject the fuel directly into the combustion chamber as the air inside the cylinder is being compressed, just before combustion is due to happen. The inlet ports are designed to tumble the air into the cylinder so the fuel arrives in the middle of a tiny swirling storm that mixes the air and fuel together. But there’s still much less time for the droplets of fuel to evaporate than during that long journey the two make travelling into a port-injected engine, and incomplete evaporation of fuel droplets equals more particulates.

Increasing fuel injection pressure to reduce the droplet size of the fuel achieves better evaporation in the shorter time allowed inside a GDI engine. Delphi claims that its industry-first 350-bar system reduces the size and number of particulates by up to 70% and that its forthcoming 500-bar system betters the former by a further 50%. But doing that isn’t as easy as it sounds – it’s not just a question of turning up the tap.

For a start, the higher the pressure, the greater the energy needed to produce it and that uses up a small proportion of the engine’s power and has a slight impact on fuel economy. It can also generate more noise and puts a much greater stress on all the injection components. New, more powerful injectors meter fuel more accurately, as well as coping with the extra pressure and detail changes to the fuel rail (tube) that feeds the injectors.

Delphi’s new design of injector pump delivers the extra pressure without increasing noise and minimising energy consumption. It also avoids increasing the load on the drive mechanism and subsequent costly modifications to the engine itself. The 350-bar system from Delphi is the first step and more – both 350 and 500 bar – should appear from other major suppliers in the next couple of years. 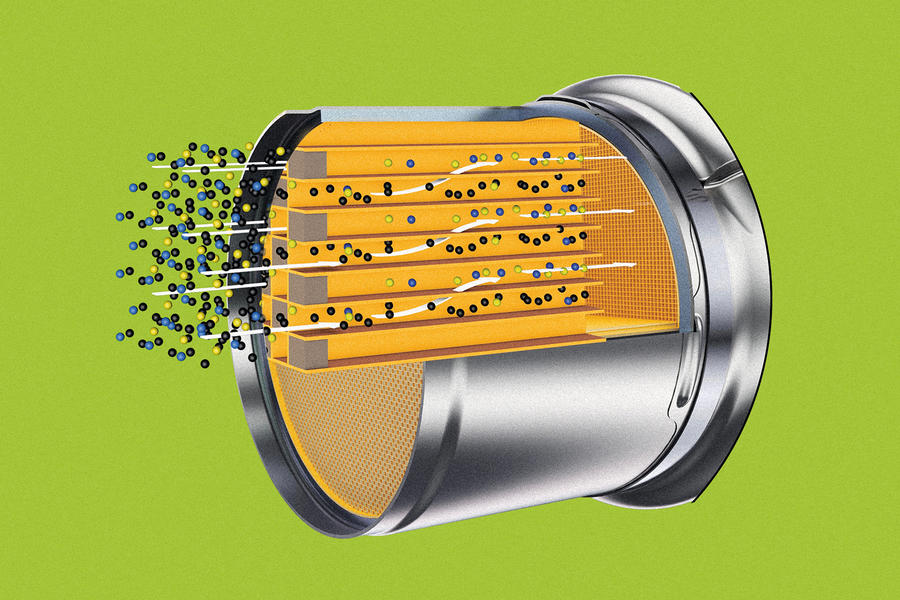 Particulate filters like this one from Porsche are already being fitted to new cars to reduce particulate emissions leaving the engine by 90%. The filters are close-coupled and mounted very close to the engine so they ‘light off’ (get hot and start working) quickly. They also double as three-way catalytic converters already fitted to petrol-engine cars to clean up oxides of nitrogen (NOx), carbon monoxide (CO) and hydrocarbons (HC).

Under the skin: How car engine lubricants are evolving

I thought the problem with what will be weaker fuel/air mixtures (therefore higher cylinder temperatures) was increased nitrogen oxides.

Presumably we are heading for water injection as well to combat that.