BACK TO ALL NEWS
Currently reading: Under the skin: The weight-shedding innovations of AMCs
UP NEXT
New Mercedes-Benz EQA revealed as sub-£40k electric crossover

So far manufacturers have relied on three main materials to reduce weight. High-strength steels, which you can use less of; aluminium alloys, which are lighter than steel, and carbonfibre, which is lighter than both of the other two. Now there’s another kid in town called aluminium matrix composite. AMCs are not new but breakthroughs in their development are making them more suitable for automotive applications, especially in EVs.

AMCs are a combination of aluminium alloy mixed with either particles or long or short fibres. The concept is not unlike carbonfibre-reinforced plastic, except the plastic resin is replaced by aluminium. The material can be 50% stiffer and almost 300% stronger than carbonfibre, can withstand severe damage and is stronger than the average steel at half the weight.

It conducts heat well but, crucially, expands very little when it heats up compared with steel or aluminium. That’s important when making precision components. The stiffness of AMC makes it ideal not just for increasing structural integrity but also for reducing noise vibration and harshness (NVH).

Although strong and light, carbonfibre doesn’t withstand abrasion and ballistic impacts well. That’s one reason it isn’t used to make suspension parts on production cars, because it’s so vulnerable to flying grit and stone. Carbonfibre components cannot withstand high temperatures, either, so cars made of it have carefully routed exhaust systems to avoid damage to the structure. Neither is carbonfibre suitable for making internal motor components.

Engineering consultancy Alvant sees huge potential for the use of AMC in EV powertrains and drivelines. It has developed a proprietary manufacturing process called advanced liquid pressure forming (ALPF), which works with any relatively low-melting-point metal such as aluminium alloy.

The process can be used with silicon carbide particles mixed into the molten metal to produce a lower-cost version of the AMC material. The lightest, highest-performance and most costly variant incorporates fibres derived from aluminium oxide. The fibres are pre-formed into the required shape in a mould and then injected with the molten metal to make the component.

Components can be made entirely from AMC or only specific areas of a component that are being subjected to especially high stresses or fatigue. The point of doing that is to reduce cost, using the new material only where it is needed most, while the rest of the component can be made from a cheaper conventional metal.

Alvant has been working specifically on rotors for axial flux (biscuit-tin-shape) drive motors for EVs. In conjunction with UK motor manufacturer Yasa, it has developed a rotor that is 40% lighter than the original. Elsewhere, a sandwich of AMC fibre-impregnated sheets with an AMC foam filling can work in a similar way to a bullet-proof vest, making it useful for protecting EV batteries at a fraction of the weight of a steel casing. Less weight equals smaller, lighter batteries, reducing cost and increasing range in the famous virtuous circle of weight reduction. 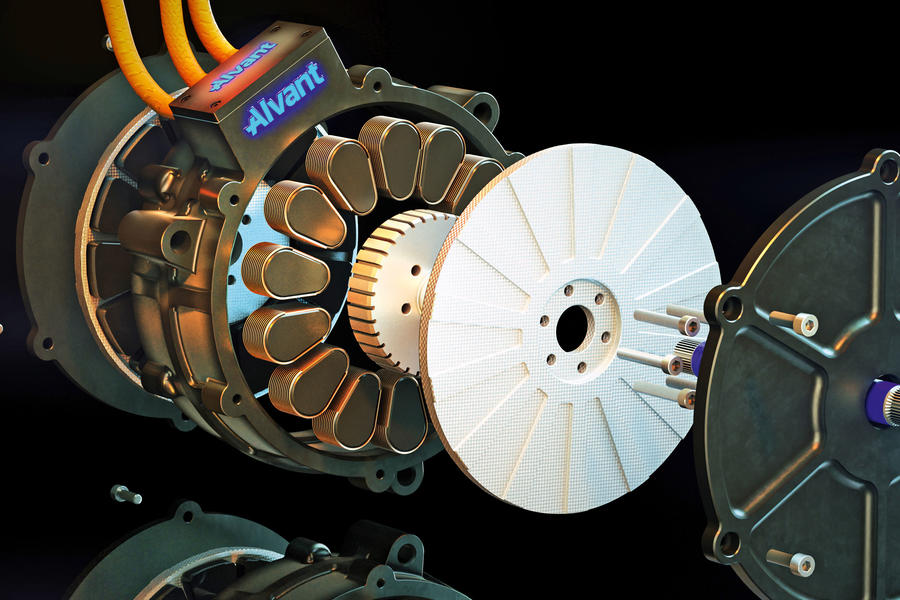 Because AMC is so stiff, it’s possible to reduce the air gap between the rotor and stator (electro-magnet windings) in axial flux (biscuit tin) EV motors, increasing the power-to-weight ratio of the motor.

Under the skin: Why aluminium is a weight watcher's friend

How the car industry could save Britain’s steel industry

Graphene: the breakthrough material that could transform cars

Sounds great, but if it's costly and/or hazardous to recycle, as I expect it could well be, won't that be an obstacle to adoption in environmentally friendly vehicles?

Very interesting - any other applications?

Do AMCs have future applications beyond a vehicle's driveline?  This layman's knowledge of the pros and cons of utilising different materials in building a car's monocoque, for example, suggests that modern high tensile steel is more space efficient and cheaper for a given level of stiffness than aluminium alloys, but heavier (albeit significantly better than steels of old).

Could ACM or CFRP be used in future to mass produce monocoques, or is that just never going to happen?