BACK TO ALL NEWS
Currently reading: Mercedes: AI technology could be as profitable as selling cars
UP NEXT
The next Hamilton? Autocar meets F1 prodigy George Russell

Mercedes: AI technology could be as profitable as selling cars

Mercedes-Benz is investing heavily in its MBUX infotainment system because of the potential for making money from offering online services, which in future could rival the profits made from selling cars.

Mercedes introduced the latest version of MBUX on the A-Class in 2018, and the system is now available across virtually its entire model line-up.

A key focus of the system is voice control. Mercedes is currently rolling out an over-the-air software update in certain markets allowing more informal language to be used. In China, the firm has also launched a feature that allows users to order and pay for takeaway food via voice control while driving. A service for booking cinema tickets is also being offered.

A recent report predicted the market for automotive AI systems (including hardware, software and in-car services) will rise from £1.6 billion today to £21bn by 2025.

The desire to capitalise on this has led Mercedes to invest millions in a bespoke system, rather than look to partner with a smartphone provider such as Apple or Google, as some rival car makers are doing. 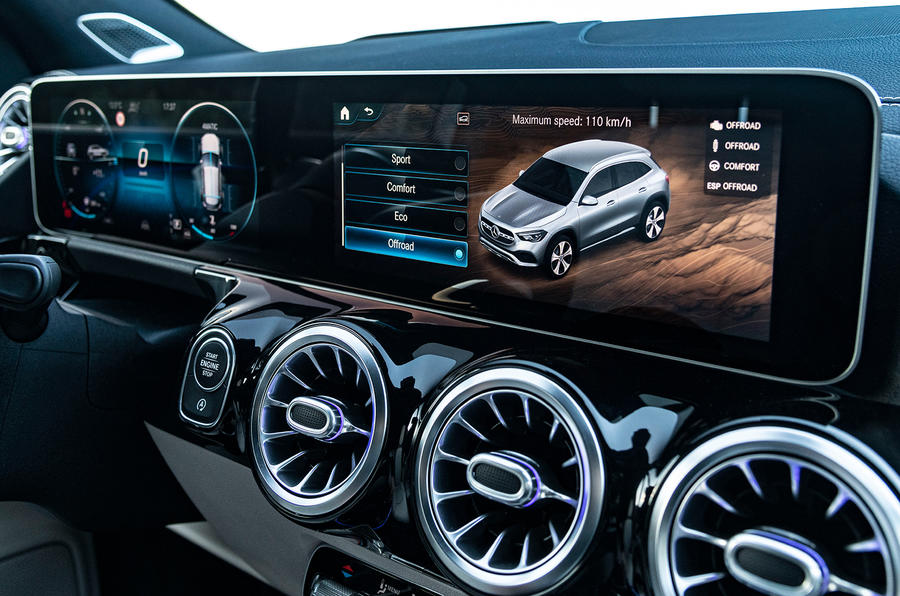 When asked by Autocar if he believes Mercedes can make as much money from AI systems as from selling cars, MBUX head of user interaction Nils Schanz said: “This is what we are aiming for, and this is why we are investing so heavily in MBUX. We can see there is huge business potential.”

Schanz, who clarified that his job is focused on the user experience and not developing revenue models, said Mercedes has no plans at present to charge owners for using in-car services such as food ordering.

Potential profit streams beyond selling MBUX hardware include charging businesses for access to the food-ordering service and selling access to the platform to third-party app creators. Services including Yelp, Tripadvisor and Apple Music are already available.

Schanz said: “We can see how the business model could develop as a significant source of revenue, although right now there’s no revenue sharing model.”

He noted that developing MBUX’s voice control was also part of a push to increase safety. The system can be operated via touchscreen or physical controls as well, but according to Schanz: “Voice is the safest way, because it keeps a driver’s hands on the wheel and eyes on the road.”

However, Mercedes’ head of user experience design, Klaus Frenzel, told Autocar in a separate interview “there’s not one perfect way of interacting with the car”, therefore voice control won’t be Mercedes’ sole controlling interface in future.

Schanz denied ordering and paying for food while driving could be dangerous, saying: “We have safety experts who are really looking at driver distraction and we have strict rules, so we can do nothing that distracts the driver too much.

“The food-ordering experience has been optimised to reduce and simplify it so that it limits the distraction as much as possible. We’re always looking to make it possible to do anything without looking at the screen.

“There are also services that we won’t offer while the vehicle is driving: you can watch TV in MBUX in certain countries, but not while driving. For sure it’s something we’re looking into, and we also need to consider the different laws and different rules in each market.”

MB didn't say that AI would

MB didn't say that AI would be as profitable as selling cars - Autocar did.

That a corny trick straight out of the arse end of cheap journalism.

It's not tech for techs sake, it's tech for revenue generation. Let's face it tech companies are in the business of monetising our every move. So imagine Apple's dismay when they realised they couldn't make money out of people when they were driving a car. Hence, Apple became interested in autonomous car development. Even if they realised (somewhat earlier than dyson) that they'd bitten off more than they could chew.

Let's be honest, autonomous vehicle development isn't really about safety, it's about revenue. Like I said, depressing.

ps though has Covid-19 meant that we might actually be sat in our cars less in the future and working from home more after all?

As we all know and see nearly every day people of all ages have some kind of device in there hand, be it a phone, a Tablet, it's even on your wrist now, the generation coming are growing up with this tech, it's not particularly amazing to them, I'm sure some of us are from the non digital age, hence some of us abhors the way tech is going, but today's and the future gen want it, the idea of being able to, on a whim to order a Pizza, or a Burger and have it delivered to wherever is great, so, you still have the choice, your next car may come with this tech, but you still have the option of ignoring it, not use it, it's up to you.