BACK TO ALL NEWS
Currently reading: Zenos saved from administration by AC Cars-led consortium
UP NEXT
Fisker goes radical with Pear EV SUV

Future Zenos models could be produced alongside AC products; final decision will be made following an analysis of the business
Open gallery
Close

A consortium led by AC Cars, makers of the reborn Cobra, has bought Zenos Cars for an undisclosed sum around two months after it fell into administration.

AC Cars has acquired all Zenos effects, including all intellectual property and a stock of 10 new models.

The company's owner, Alan Lubinsky, told Autocar that a key issue for Zenos was "that the cars cost too much to build".

Lubinksy wouldn't disclose how much was paid for Zenos or name the other investors in the consortium, but said they are companies with which AC Cars work. AC Cars will run the operation of Zenos, Lubinsky added, and will "probably" be called AC Zenos.

The consortium will keep Zenos's Norfolk facility in the short term but will re-evaluate its cost effectiveness. "We will take over over the current facility but I'm not saying we will manufacture cars there," Lubinsky said. The reborn Cobra 378s that AC builds are made in South Africa, and Lubinsky said it was a possibility that Zenos cars could be built alongside them in the future.

He also acknowledged that there would be economies of scale, whether that would be future engines for other AC models, or parts such as windows and wipers. 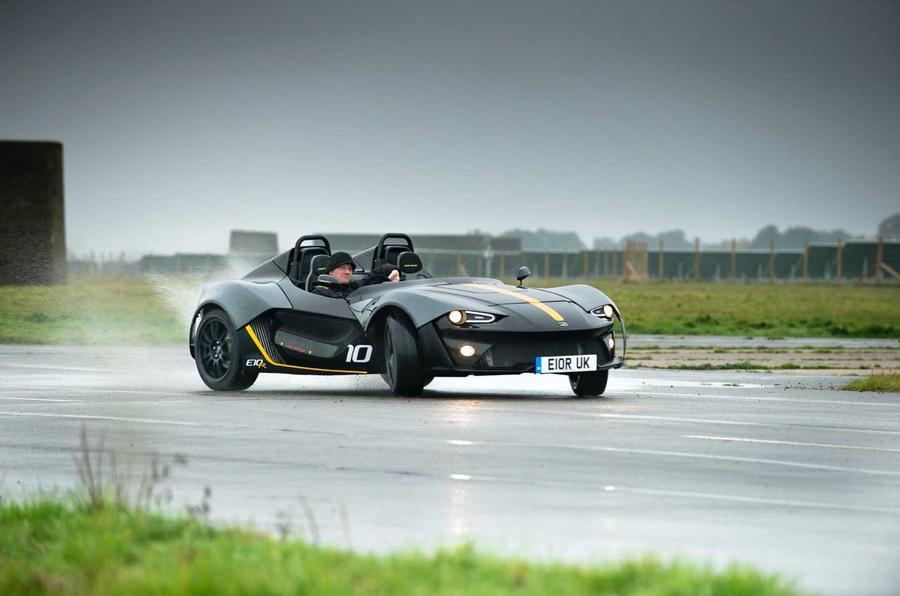 Lubinsky described the E10 as a "fantastic and well-developed car, which can definitely be used as a basis to go forward". He added that the former employees of Zenos should be "very proud of what they created".

Lubinsky said the consortium will spend the coming weeks evaluating the Zenos company, which will include considering the viability of other models such as a coupé. "In the coming weeks we will evaluate the situation. The engineering of the car is fantastic and can definitely spawn other cars in the future. We will continue with the current car and, in parallel, we will consider other cars."

Since January, Zenos had been under the control of administrator Begbies Traynor. The company's joint administrator Irvin Cohen said today “We are very pleased to have achieved this sale of the assets of Zenos Cars, which will allow this popular brand to continue and flourish in the future".

Before it closed, Zenos revealed plans for more practical models called the E11 and E12. It had also considered using hybrid powertrains to boost performance.

However, the firm eventually fell into financial difficulty following cancelled orders and a long period of slow demand at the start of this year.

I have Googled his name and it's fascinating how much money he seemed to have used without making many cars
I wonder. He seems to have the word scam written in a lot of the articles.
Not for me to say. I'm just using Google as a reference
Carbuffsouth108 25 March 2017

I have Googled his name and it's fascinating how much money he seemed to have used without making many cars
I wonder. He seems to have the word scam written in a lot of the articles.
Not for me to say. I'm just using Google as a reference
SmokingCoal 25 March 2017

Even if Zenos continues, but it does leave its Norfolk home, the brand may as well be dead. Having never really seen anything from AC in the last 20 years, I'm not convinced Lubinsky is up to the job.
View all comments (5)