BACK TO ALL NEWS
Currently reading: VW to build range of hot electric GTX models
UP NEXT
Hidden gems: A peak behind the scenes at Beaulieu

Volkswagen is set to use the GTX name on a range of electric-powered ID performance models, high-ranking sources at the German car maker have confirmed to Autocar.

The new nomenclature, already trademarked by Volkswagen, has been chosen for a number of ID models, including a production version of the Crozz coupé, which is likely to take the name ID 5 GTX in its most powerful guise.

Volkswagen won’t confirm when the first GTX model is planned for launch, though Autocar has been told that development of a performance version of the ID 5 is ongoing at the company’s Braunschweig R&D centre in Germany and likely to be unveiled by early 2021.

As with existing GTI, GTD and GTE models, the GTX range will be differentiated from their standard ID siblings by a number of exterior and interior styling upgrades that aim to provide them with a more sporting flavour. 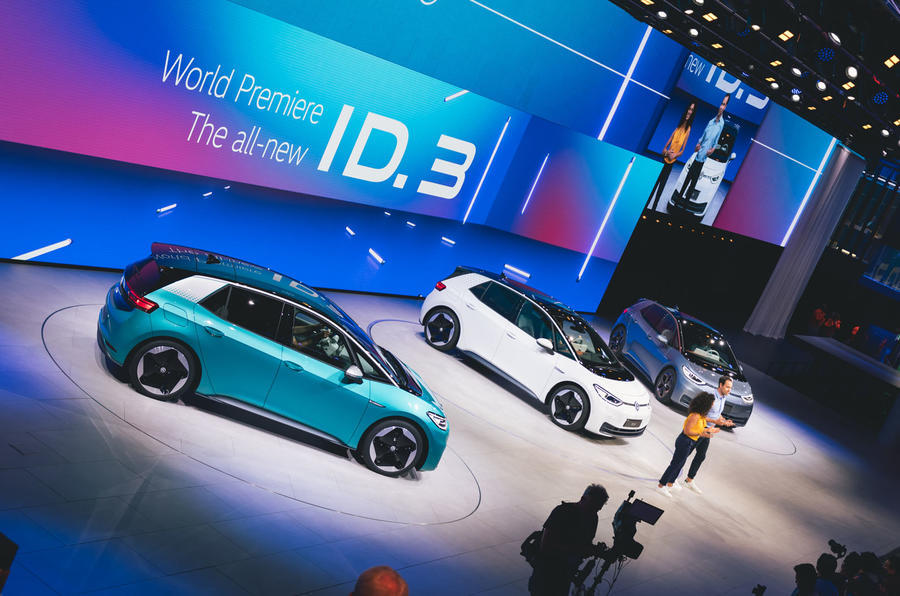 Further changes will be focused on electric drivelines. The X in the GTX name is claimed to denote four-wheel drive, suggesting upcoming performance-oriented ID models could use a twin-motor set-up, one motor powering the front wheels and a second the rear wheels.

The fastest ID powertrain currently detailed is the 201bhp version of the ID 3. Given that it makes its power from one rear-mounted motor, a GTX should gain a significant boost.

Although new to Volkswagen, the GTX name has been used regularly by General Motors and its subsidiaries, mainly on futuristic concept cars.

Volkswagen is also considering a hotter range of ID models under its R Performance arm.

It better get a EV range

It better get a EV range better than the Porsche Taycan at 201 miles...the latter is a joke considering a price tag of $150K

Gtx isn't new on VW's, I'm sure there were gtx badged golfs and Jettas in the 80s and there was a Scirocco as well. So surely this should read VW is set to resurrect the gtx name? Not that that matters but the article does read like it's a new name badge.
Bob Cat Brian 13 December 2019

GTX will take some getting used to, seems a strange choice. You'd think they already have the perfect designation for sportier electric models in GTi.