Volkswagen boss Ralf Brandstätter has confirmed the hot ID X concept will reach production after this year, likely badged as the ID 3 GTX.

Speaking at the Munich motor show, brandstatter said the concept - which he revealed on LinkedIn earlier this year - will provide the basis for a four-wheel-drive electric hot hatch based on the ID 3. It will be the second model in the new GTX family of performance models.

He declined to give details on its performance, but the powertrain from the larger ID 4 GTX is likely to be carried over wholesale. He did acknowledge that “more performance means less range” but said the full range of ID 3 batteries will be available.

It’s part of Volkswagen’s ongoing commitment to producing enthusiast-oriented driver’s cars into the EV era. “Fun to drive is another part of mobility”, Brandstätter said, adding that Volkswagen is building a physical concept version of the ID 3 convertible previewed in 2020.

He also suggested that “something will come from R”, hinting that it will be adapted to serve as a dedicated sub-brand for hot EVs, in much the same way as GTX replaced GTI.

The pictures shown on Brandstatter’s Linkedin in May gave little away, but the car was clearly a performance-focused reworking of the  ID 3 electric hatchback, marked out by a distinctive grey-and-green livery, large-diameter alloy wheels wrapped in low-profile tyres and Alacantara-covered sports seats.

The concept, according to the limited details revealed by Brandstätter on Linkedin, promised a significant performance upgrade over all variants of the ID 3. Outright power is pegged at 329bhp, which is not only 128bhp more than the most powerful variant currently on sale but also 27bhp more than even the hot GTX version of the larger ID 4 SUV. However, these figures are not confirmed for the production version.

As the current ID 3 models are rear-driven only, it had been thought that the four-wheel drive system from the ID 4 GTX could not be accommodated by the ID 3's standard-length MEB architecture. It's not clear whether the concept made any compromises on seating or storage capacity to make room for the bulkier underpinnings. The concept is said to weigh 200kg less than the standard ID 3.

Following a test drive in the concept, Brandstätter revealed that it will hit 62mph from rest in 5.3sec and is equipped with a dedicated Drift mode - as featured on the brand's new Golf R hot hatch.

At the time, Brandstätter said that the ID X wasn't destined for production but that Volkswagen will "take up many ideas" from the project. It was created, he said, because the engineers who worked on the ID 4 GTX "have discovered the fun of developing high-performance electric cars, and so we just let them do it".

As previously reported by Autocar, Volkswagen's R division is developing a plan for a full-bore, R-badged version of the ID 3 as its first EV, which is expected to hit the market in 2024. 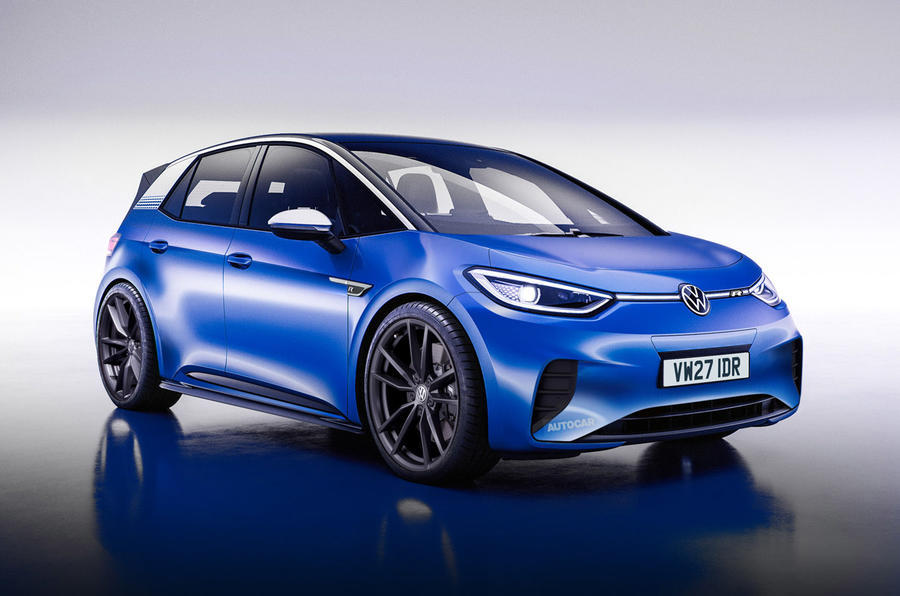 Ugly car, full of cheap plastics, and no physical buttons.

Another car with a ridiculously big and distracting touchscreen.

Heavier, slower, tiny range, worse quality and more expensive than a Golf R?  Got it.