BACK TO ALL NEWS
Currently reading: Volkswagen Arteon R: 2020 hot saloon will be joined by Shooting Brake
UP NEXT
Dacia plots gradual EV roll-out to maintain affordable pricing

329bhp Arteon R saloon is due this year as part of update, with a Shooting Brake estate to follow in 2021
Open gallery
Close

While plans develop for hot new versions of Volkswagen’s electric-powered ID models, the company’s R division is expanding into a new niche for its combustion-engined cars.

Having recently added the 296bhp T-Roc R to its ranks, Volkswagen’s performance division has now turned its attention to the Arteon line-up. A new 329bhp range-topping Arteon R saloon will arrive during the final quarter of 2020 as part of the range’s mid-life facelift, and it's already been spotted out testing with the usual R design cues such as quad tailpipes and blue brake callipers.

Following the hot version of the Arteon saloon, Volkswagen R plans to unleash a similarly powered version of the upcoming Arteon Shooting Brake in the first half of 2021. 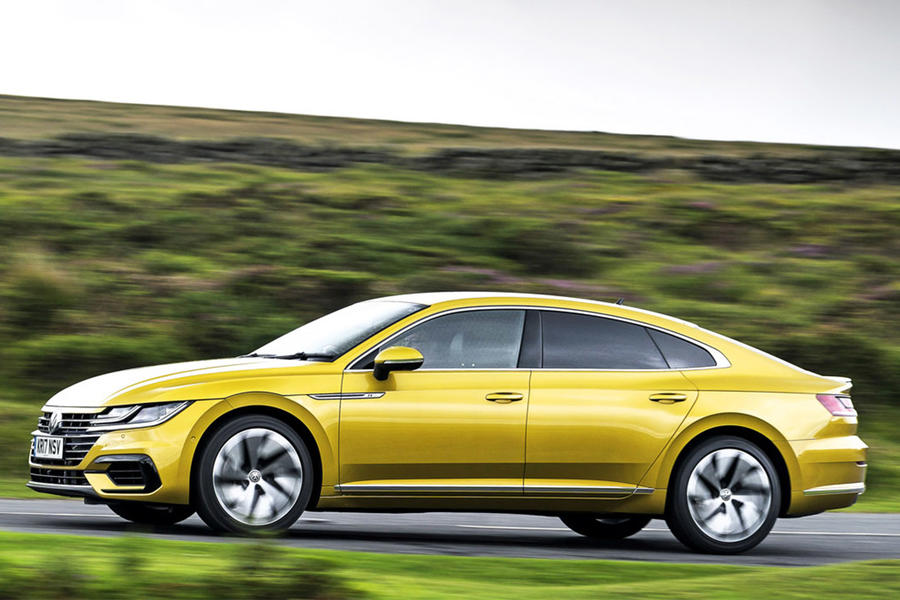 The coupé-cum-estate, which will be launched in standard form first at the start of the year, has the distinction of being among the last all-new combustion-engined models developed by Volkswagen.

In a bid for added practicality and greater load space, the Arteon Shooting Brake adopts a longer roof and sloping tailgate. The result gives it what Volkswagen insiders describe as “estate-like qualities while retaining its characteristic styling”.

Power for the new Arteon R is due to come from the same version of Volkswagen’s turbocharged 2.0-litre engine that is earmarked for the new New 2020 Golf R, which is also set to be launched during the second half of 2020.

According to details revealed at a recent Volkswagen dealer presentation in Germany, the four-cylinder petrol unit is claimed to develop up to 325bhp and 332lb ft of torque. It sends its drive through a seven-speed dual-clutch gearbox and a four-wheel drive system that, Autocar understands, has been reworked to provide a more rearward apportioning of drive.

A new Touareg R is also due to arrive in 2020. It receives a petrol-electric plug-in hybrid driveline similar to that used by the Porsche Cayenne S-Hybrid, with a turbocharged 3.0-litre V6 engine and gearbox-mounted electric motor providing around 450bhp

Does anyone buy these?

It just posted my comment 3 times, it said something about spam rules when I first tried to comment, then it shows up 3 times.
pist0nbr0ke 25 February 2020

Was this article researched?

I'd begun to wonder whether

I'd begun to wonder whether VW still sold the Arteon in the UK. I saw a few when it first went on sale, but I haven't seen one for a while, and definitely no newly registered ones. It doesn't seem to have caught on like the CC did, maybe the shooting brake will be more popular.