From £64,7508
The range-topping Porsche Cayenne is now electrified - but is it any good?
Open gallery
Close

The Porsche Cayenne Turbo S E-Hybrid is the most powerful and fastest Cayenne of all time, more powerful and torquier than even the Lamborghini Urus. That alone is quite a statement of just how bought into an electrified future Porsche is. It has 671bhp, 664lb ft and a top speed of 183mph. 0-62mph takes 3.8sec.

And the Top Trumps stats don’t end there. Thanks to its plug-in hybrid system, the Cayenne Turbo S E-Hybrid is also rated as one of the cleanest SUVs around, capable of 25 miles on electric power alone, with official official fuel economy up to 58.9mpg and CO2 emissions from 110g/km.

And yet… it is also around 350kg heavier than the Cayenne Turbo, thanks to lugging the hybrid system and its ancilliaries around. And when the hybrid system runs down that’s rather a lot of extra bulk to be carrying around. 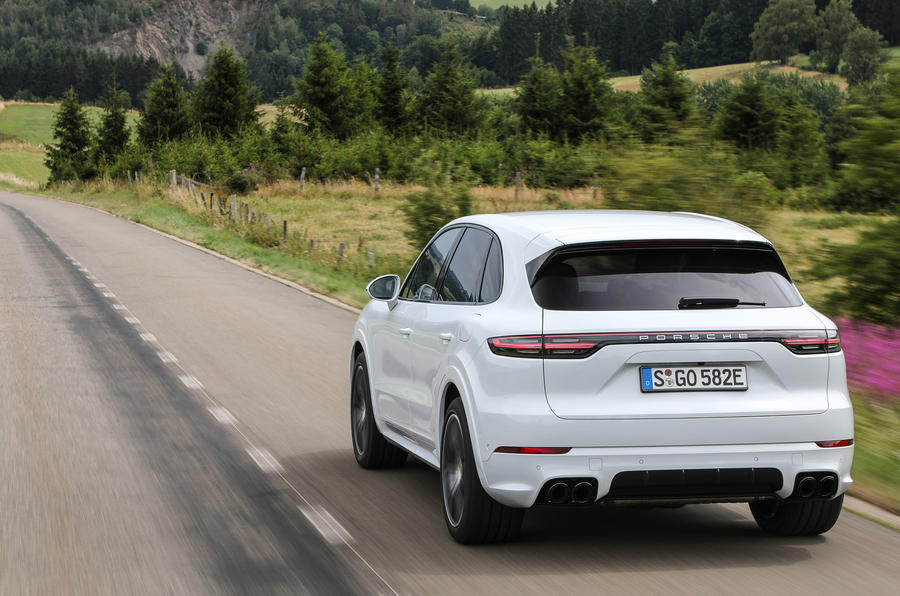 While those opposing abilities rather leave claims that this 2.5-tonne, V8-powered SUV is both a performance and ecological triumph open to closer inspection, let’s be clear from the offset: this car is a technical marvel. The powertrain, mating the turbocharged V8 to an electric motor via an eight-speed gearbox, is a triumph of seamless, sometimes intoxicating integration.

Where hybrids of old occasionally pondered their way along, the electric assistance jumping in occasionally late and often disruptively, this one delivers huge slabs of measured performance slickly and on demand, be it ushering you around town smoothly and silently or kicking you in the back and launching you up to motorway speeds.

Most striking is its high-speed performance, although its a valid debate as to whether its truly most suited to a flat-out autobahn blast rather than our 70mph versions. A more confidence-inspiring high-speed SUV is hard to imagine, while the extra zip available from pressing a racing-style steering wheel-mounted go button, which unleashes 20 seconds of optimised performance, is both entertaining and useful if you need to overtake.

The full electric mode is noteworthy too, for its silent, easy operation and as a defence should cities impose electric-only driving areas, if not as the last word in green mobility. Perhaps more noteworthy on the economy front was our real-world, motorway heavy economy of close to 30mpg over 150 miles, which was astonishing given the aforementioned concerns in regards to economy when the battery is flat.

However, there’s no denying that the car’s added heft comes with noteworthy dynamic downsides. At low speeds you feel a broken road surface with more force than any other Cayenne, while more significantly, even with all that power and torque, the weight casts an ever-present shadow over the car’s ultimate potential.

Yes, it is fast, and yes it accelerates with eye-widening pace, but it doesn’t take long before you realise you are braking earlier and entering corners slower than you might in a Turbo. As with many cars running brake-regen systems, the pedal feel is pretty wooden too.

And the rest? Bar a few details, from the outside and inside it is very much a Porsche Cayenne. Which is to say, over-crowded dash aside, it matches or sets most of the standards for the class. 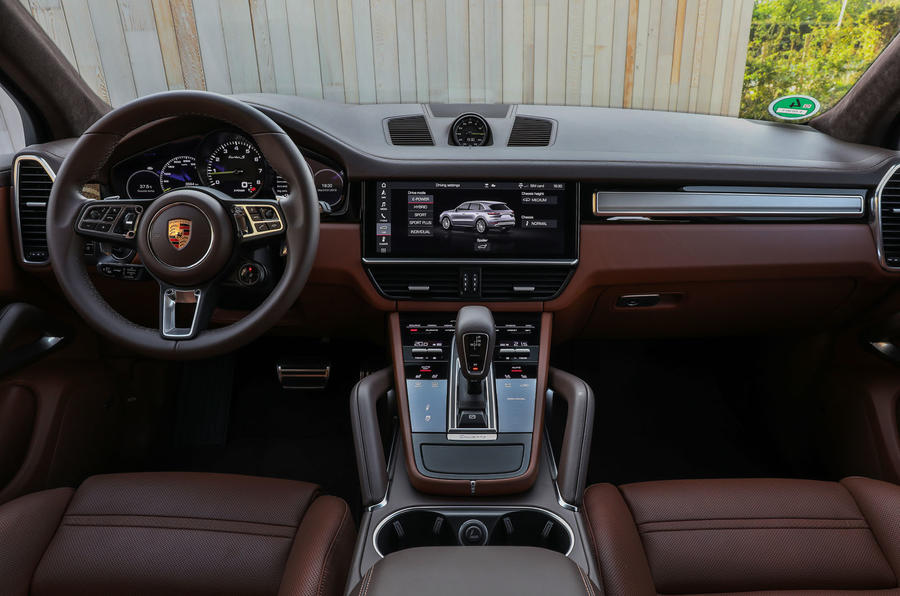 So far, so impressive, and there’s something significant - pivotal even - in the fact that Porsche is now rolling out a suite of spec sheet topping hybrids. To knock either the forward-thinking intent or the mostly brilliant execution of that feels more than a bit mealy-mouthed.

But there’s a nagging doubt that while this is a fine, highly polished example of the car industry’s brightest minds answering a question posed of them, it is also a car - a Porsche, no less - that does more to guild egos, appease legislators and dodge tax bills more than it does push dynamic boundaries.

It’s easy to understand why someone would buy one. But it’s also worth pausing to question whether - if money really was no object, as it may be at this price point - you’d rather plump for the Turbo. 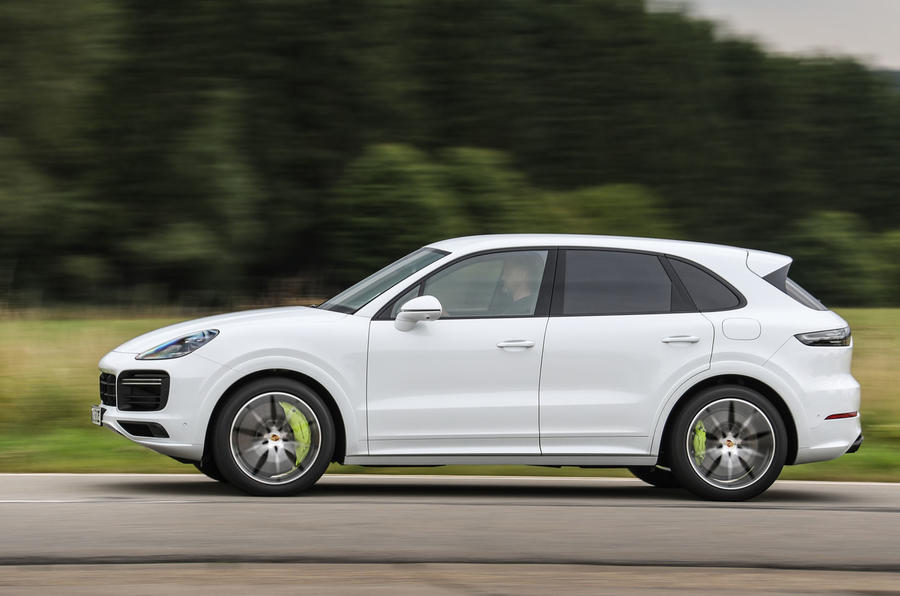 Ok, Aix-la-Chapelle is located in Germany, altough it is very near to Belgium and The Netherlands. So what's up? Where did you met this car, Jim?

(hoping you know the difference between GB and UK...)

A vehicle that perfectly sums

A vehicle that perfectly sums up what has gone wrong with cars.
Cobnapint 13 August 2019

A vehicle that perfectly sums up what has gone wrong with cars.

One that perfectly sums up how the EU have ruined cars.

For instance, 2 cars both 2 litre petrols but one PHEV. Even with an empty battery and the engine running constantly the PHEV still benefits from reduced rate. Can’t be right, can it?

Dont know how you’d police only giving reduced rates to those actually running electric, but all of those cars satnavs know exactly where they are.

Like I said, I truly understand the reasoning but it’s just another example of PHEVs being designed purely to fit into a tax system, which saves the users money irrespective of method of use.