BACK TO ALL NEWS
Currently reading: UK exclusive: new Citroen suspension set to ‘reinvent’ comfort
UP NEXT
Future BMW M3 to be ‘groundbreaking’ EV with traditional feel

Revolutionary suspension, refinement advances and a new approach to seating are part of Citroën’s bid to redefine comfort — and we’ve sampled it
Open gallery
Close

Citroën has revealed the first details of a new suspension system that will replace its 60-year-old hydropneumatic system from next year — and the company has allowed Autocar an exclusive drive of a C4 Cactus prototype equipped with it.

The system is so new that it doesn’t yet have a name. It’s the most eye-catching part of an all-encompassing suite of changes called Citroën Advanced Comfort, which the firm is developing to enhance what it sees as one of its traditional core values: comfort in the cabin and on the move.

The new suspension has been developed in-house and will be exclusive to Citroën within the PSA Group “for the time being”. It replaces classic bump-stops in a conventional coil-over suspension unit with compact, carefully calibrated secondary dampers that Citroën engineers call progressive hydraulic cushions. These offer much better control towards the extremities of suspension bump and droop, permitting the suspension rates in the centre of travel, where the car spends most of its time, to be notably more relaxed and deliver what Citroën’s suspension experts call “a magic carpet ride”. 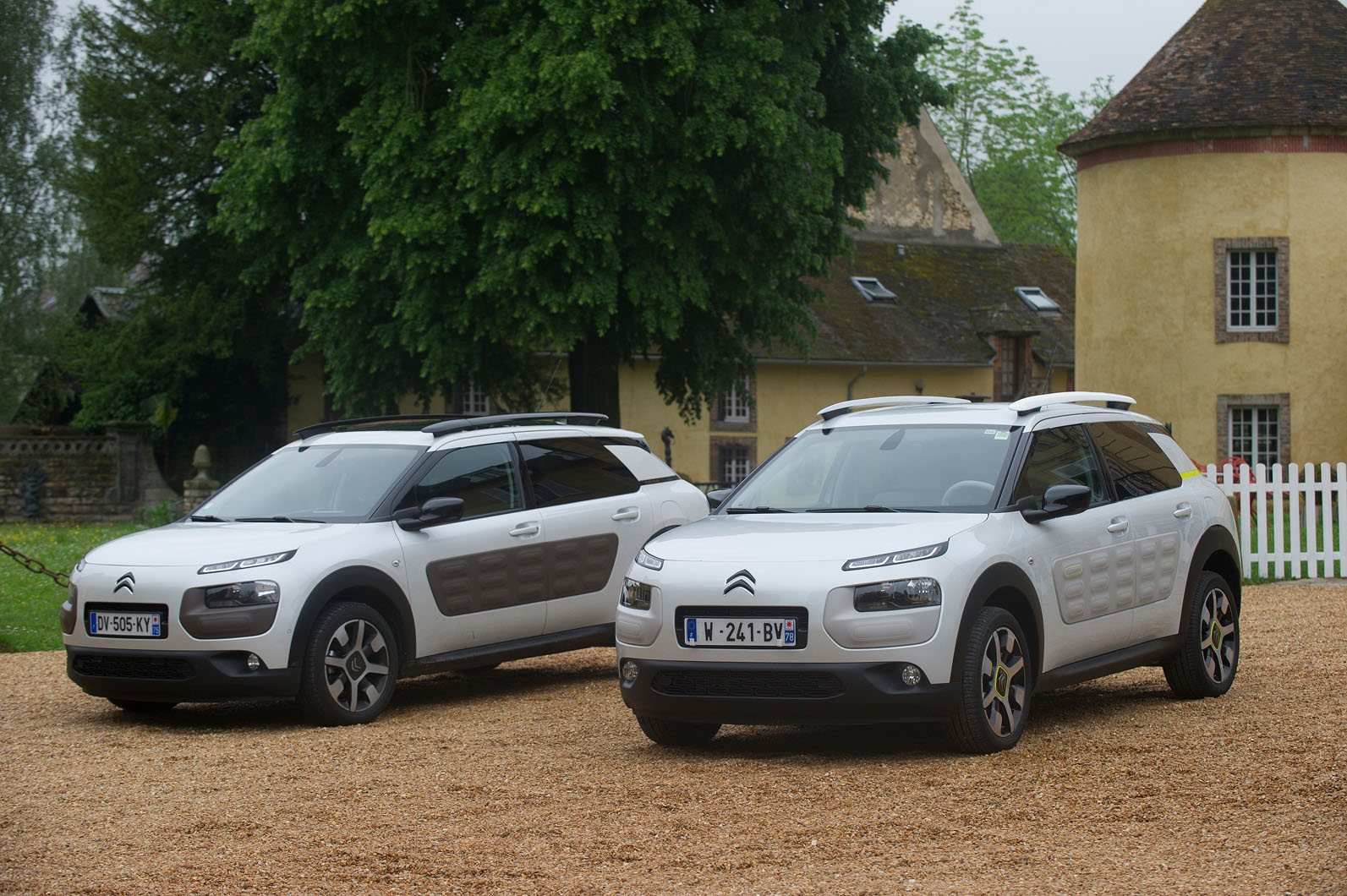 At an exclusive briefing at a test location outside Paris, Citroën suspension development engineer Nicolas Berlinger told Autocar: “We set out to achieve suspension characteristics as close as we could get to the hydraulic suspension so many people have grown to love.

“However, we needed a new system without the cost barrier of the hydraulic, which would mean we could apply it to all Citroën cars. We believe we are close to achieving this. Our plan is to use the system in all models, from the C1 up.”

So far, the company has applied for 20 patents surrounding its discoveries.

Although eye-catching, the new suspension is only one component of the Citroën Advanced Comfort project. The company is also working to filter out external noise and vibration, principally by improving the rigidity of its cars’ bodies by bonding them with adhesive between the usual spot-welds. Citroën claims that this construction method results in a 20% improvement in rigidity in the case of the C4 Cactus. 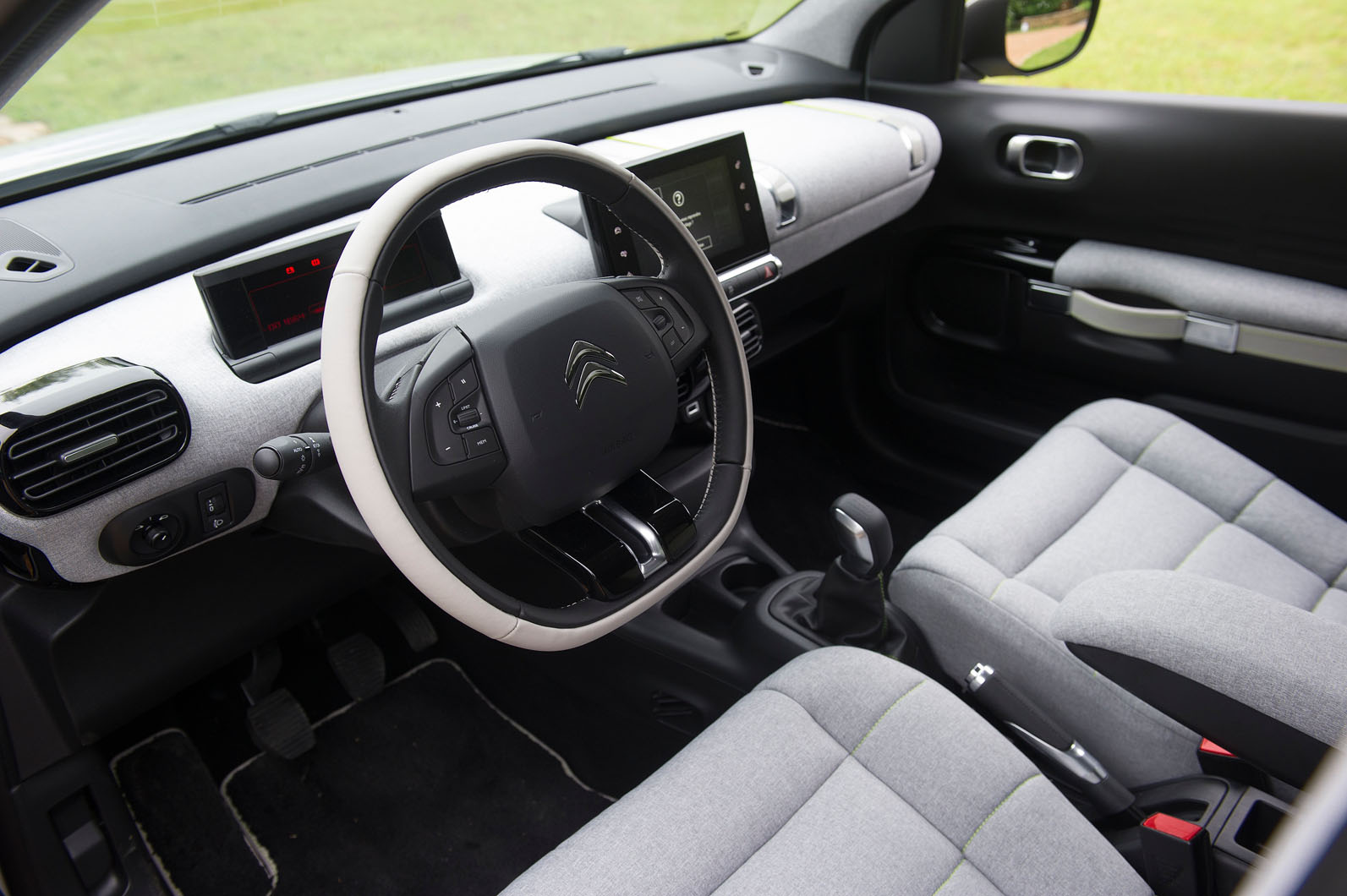 In addition, Citroën is revolutionising seat comfort by using new foam grades imaginatively to combine the “approach comfort” (softness) of classic Citroën seats with the support that modern drivers need.

Meanwhile, engineers are furthering the progress made with modern Citroëns such as the C4 Cactus in simplifying the driver’s environment and duties with a unique-to-Citroën blend of control simplicity and practical driver aids.

They also see it as a priority that people be able to maintain connectivity effortlessly whenever they climb into their cars to drive.

Other avenues being explored are refinement of gear and engine noise, tyre tuning, use of more noise-absorbent floor coverings and other insulation and experiments with glass thickness, a notably efficient noise dampener.

Citroën engineers don’t deny that there will be a cost to many of these refinements, or that some of them (notably the bonding of the spot-welded body for extra strength) will be shared by its Peugeot and DS cousins. But their clear intention is to keep costs low to keep the marques positioned as they are now.

ON THE ROAD WITH CITROEN’S NEW SUSPENSION

We felt the difference before we’d driven half a city block. On the day we tried Citroën’s new ‘hydraulic cushion’ suspension in its C4 Cactus prototype, the company insisted we take a standard car along for the ride – and drive it first.

On a short but challenging route of narrow country roads, jittery surfaces, cobbles, tight turns and speed bumps outside schools, the standard Cactus was poised, flat riding and easy to drive. How realistic is it to expect a better performance than this, I wondered. This car already beats most of its price peers for ride and refinement.

The difference was enormous. Anyone would have noticed it. The seats felt quite different on first contact with my backside: initially soft like an old DS’s, but on second thoughts still with the under-thigh and side support a modern car needs. As soon as we started moving, it was also clear the car’s surface sensitivity had been reduced by a large margin. It simply glided along with amazingly little noise or vibration. In addition, the jittery surfaces of the route – Citroën’s word was ‘jumpy’ – were all but refined away. 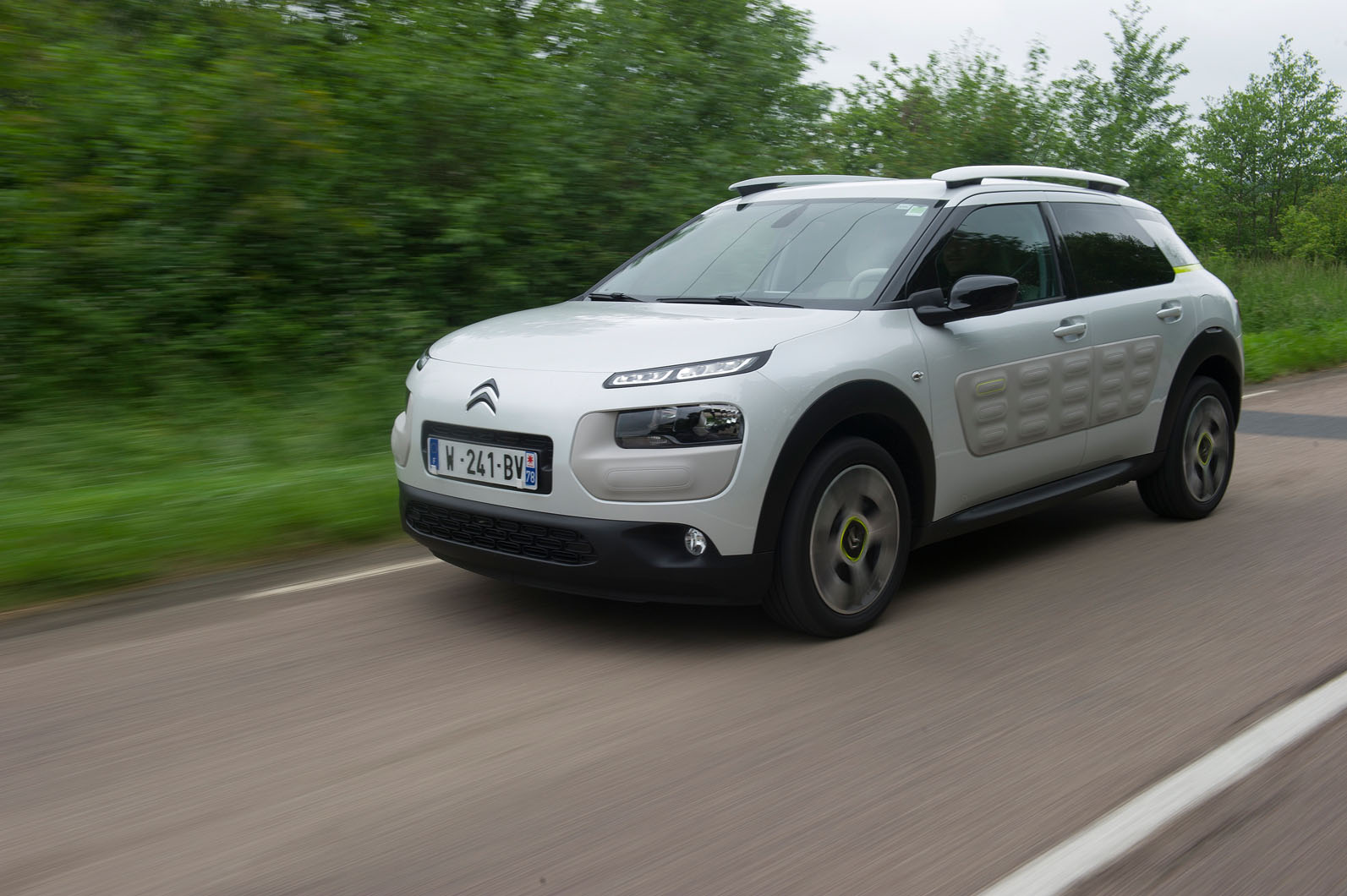 That primary ride put me in mind of the hydropneumatic Citroën C5 I’d just been driving – there was the same imperious poise and absence of pitch – except that the prototype was better because it lacked the C5’s difficulty with high-frequency bumps, a hydropneumatic foible.

Better still, the accurate and nicely weighted steering was still there. Often with softly suspended cars, precision drops away, but not this time. There was a kind of disconnect; my previous experience said it was too good.

This was a prototype and it wasn’t quite perfect. There was too much pitch if you arrived at the school speed bumps a mite too fast. And although the ride rates were impressively relaxed, we had the feeling they were needlessly so by maybe 10%. When you stopped suddenly, the car rocked like a Cadillac out of a 1950s Hollywood gangster movie. Still, the car was awfully good. Better still, it was packed full of promise.

The only reason for phasing out the hydropneumatic suspension is cost saving. This new system is cheaper to build yes, but less advanced than the existing system in the C5 and C6. I own a C5 and love the way it drives. This is the beginning of the end of the famed Citroen brand. If PSA were not in such dire straits financially they would be developing the Hydractive system further, not dropping it and creating some inferior conventional suspension to try and limit the damage done to the brand by cutting off 60 years of suspension development with one stroke of a beancounter's pen.
5wheels 5 June 2016

On its first week the hydraulic suspension failed spectacularly leaving it looking like a dead roadhog in the car park. Citroen were called, send the truck and the owner was told candidly "this model does it all the time - I spend 90% of my day picking the bloody things up[ off the floor"
So one assumes that the costs of rectification forced their hand - or they have new adventures for silly buyers (82% are women - one wonders about the other 18%) to experience. Yes they are superbly comfortable when it all works well, but sadly it leaves you with that uncomfortable feeling that it might do it all over again on a motorway at 70mph and wonder what it would be like to control!
centenary 5 June 2016

Is this some kind of joke?