BACK TO ALL NEWS
Currently reading: Toyota Prius: hybrid pioneer set to enter fifth generation in 2022
UP NEXT
Future BMW M3 to be ‘groundbreaking’ EV with traditional feel

Toyota has hinted at plans to launch a new iteration of the Toyota Prius, one of its longest-serving models, alongside its first battery-electric cars.

The Toyota Prius was launched in 1997, initially in saloon form, as the first mass-produced hybrid car. Some 24 years later and in its fourth generation, it remains one of the best-selling hybrids worldwide, comparing favourably with its Toyota Camry, Toyota C-HR, Toyota Corolla, Toyota Highlander, Toyota RAV4 and Toyota Yaris siblings, which all use variations of the 'self-charging' hybrid technology it pioneered.

But Toyota has so far remained tight-lipped on the model's future, even as it confirms that hybrid powertrains will continue to play a key role in its electrification strategy over the coming years.

Asked if the Prius is still an important part of Toyota's line-up and whether there will be another generation, product and marketing boss Andrea Carlucci told Autocar: "It remains the pioneer into electrification – and has been clearly, for Toyota, an icon. It started our journey back more than 25 years ago.

"It has to keep a role, and we have to make sure it will always be a front-runner with that kind of technology, so – although I can't disclose much – we don't want to waste our icon, even for the future." 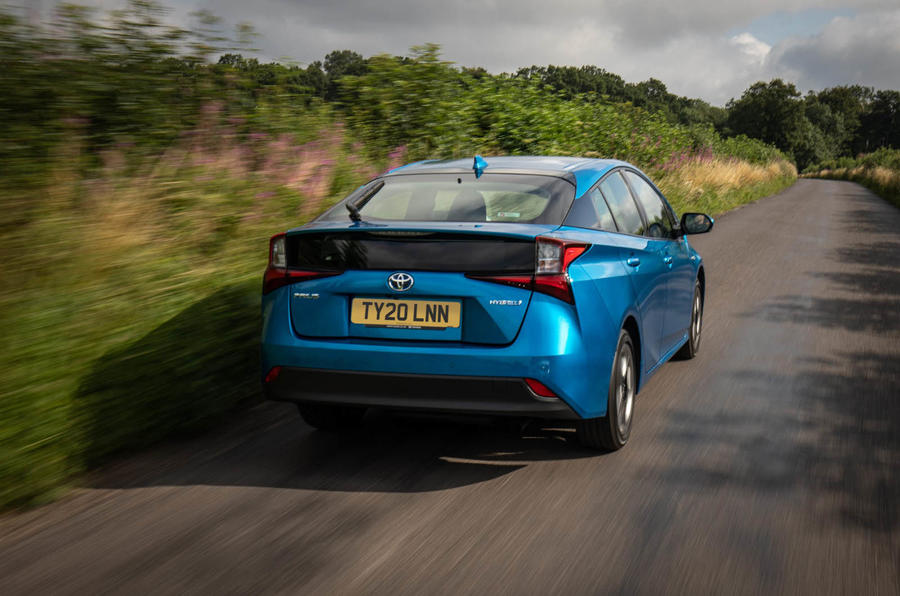 Carlucci hinted at the continued viability of full-hybrid powertrains over the coming years as EV charging infrastructure expands. "When we look at Europe," he said, "we define a region where we might have an acceleration; but globally, as we try to demonstrate the different solutions, we still have a centre of gravity around the hybrid.

"So the Prius remains clearly iconic and stands for what we are: hybrid and a leader in electrification."

The Prius has been on sale in its current form since 2016 and, based on the six-year lifecycles of the previous iterations, is up for renewal in 2022.

Toyota has given no clues as to what to expect of a successor, but it has confirmed that it's working on a new Europe-specific 'E3' vehicle architecture that can accommodate electric, plug-in hybrid and full-hybrid powertrains, using elements of its existing GA-C and incoming bZ platforms.

Such a set-up could be used for a Mk5 Prius, which could feasibly be sold for another lifecycle in the UK with its current hybrid powertrain, given the ban on new ICE car sales won't come into effect until 2030.

Making that scenario more feasible is the fact that Toyota has just revealed an updated version of its hybrid powertrain with improved efficiency and performance over the current system.

Does anyone do a hybrid with a decent electric range? Say, 80 to 100 miles?

BMW i3 range extender, but poor sales saw it dropped years ago. What's the point of having a ICE engine for it only to be used twice a year, might as well just make the battery bigger.

Should have said in europe at least.

Maybe Toyota could put the 2.0L engine in the next Prius.

Just how did Toyota's managerment let their lead slip.