BACK TO ALL NEWS
Currently reading: Toyota Aygo successor spied winter testing
UP NEXT
UK EV charging network to improve after "horrible" summer

The successor to the Toyota Aygo has been spotted cold-weather testing near the Arctic Circle.

Few clues can be drawn from the entirely camouflaged body, but the spy shots suggest that the next-generation city car will draw its styling from the Yaris supermini while retaining some of the Aygo’s familiar characteristics.

The entry-level model will be brought into line with its strong-selling supermini sibling with swollen rear wheel arches and a sizeable front grille, but Aygo trademarks including a retractable fabric roof, upright brake light clusters and wheels pushed right into the corners of the body will be carried over. 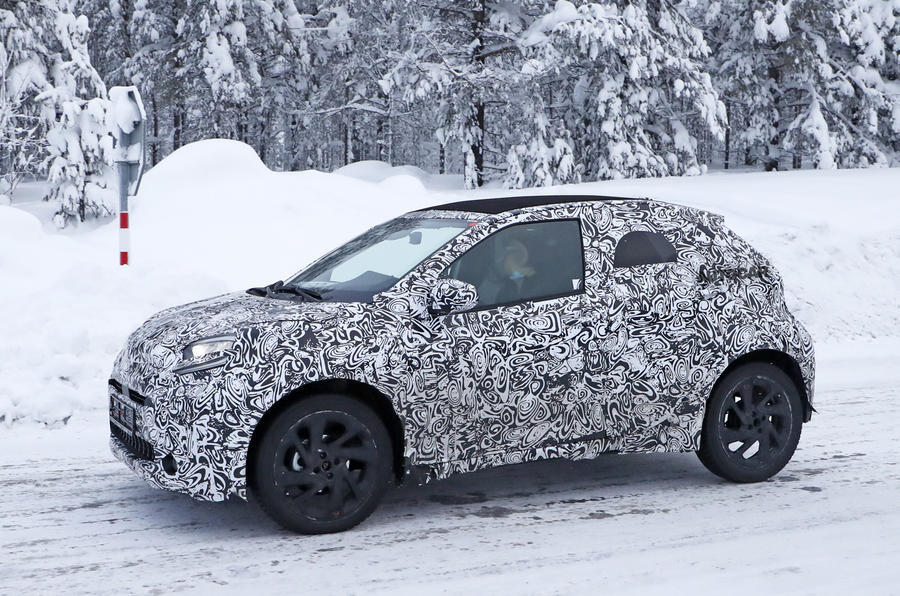 Toyota has already confirmed that the affordable city car will be offered in Europe, although it has yet to say whether it will retain the Aygo name.

The new model will keep costs down by using a variation of the Yaris’s GA-B platform with exclusively non-electrified engines, so it's likely to be priced in line with the current Aygo – from around £12,500. It will also prioritise interior space and utility as part of its focus on the urban mobility market.

However, it seems the next-generation Aygo will sport a subtle ride height increase - and likely a protective bodykit - in an effort to steal sales from the hugely popular compact crossover segment.

Hyundai revealed a jacked-up take on its i20 supermini, the new Bayon, in early March, Audi gave its entry-level supermini a similar treatment to create the A1 Citycarver in 2019 and Ford offers an Active version of the Fiesta.

Given the packaging constraints of an A-segment bodyshell and its focus on affordability, Toyota's new city car is unlikely to follow the larger Yaris Cross SUV in offering four-wheel-drive as an option, despite its 4x4-inspired design cues. The Yaris's entry-level 1.0-litre three-cylinder petrol engine is likely to be offered, as is a choice between a five-speed manual gearbox and a CVT automatic.

Toyota Europe boss Johan van Zyl confirmed in 2019 that a new Aygo was being developed in Belgium and will be assembled at the same plant as the current car in the Czech Republic. Toyota is one of only a few manufacturers to commit to the combustion-powered city car segment, with rivals including Ford and Volkswagen withdrawing their same-sized offerings from sale in light of increasingly stringent emissions legislation.

The Aygo's mechanically identical Citroën C1 and Peugeot 108 siblings, for example, aren't in line for revival at the end of their current lifecycle, but the popularity of Toyota's hybrid models - including the Prius, Corolla and RAV4 - means that it's comfortably meeting its EU emissions target and can afford to introduce a small combustion-only model.

The Japanese brand has now taken full control of the C1, 108 and Aygo production facility in Kolín, the Czech Republic. The French models' futures remain uncertain.

New Toyota Aygo to be designed, developed and built in Europe​

Looks a tad more conventional than the concept car! But good to see that they will not all be jacked-up SUVs riding on oversize wheels.  Given Toyota's recent form, I wonder if there will be a 3-door or any slighly go-faster variant?