BACK TO ALL NEWS
Currently reading: Suzuki reveals pricing for mild-hybrid Swift Sport, Vitara and S-Cross
UP NEXT
China in your hand: Wuling Mini EV driven

Suzuki has priced up its new, 48V mild-hybrid variants of the Vitara, S-Cross and Swift Sport, available to order now with dealers reopening in England.

That is now the only powertrain option available on Suzuki's hatchback, with the brand seeking to meet upcoming emissions regulations. It uses a 48V set-up alongside a reworked version of the outgoing car's 1.4-litre turbocharged four-cylinder petrol engine.

The new powertrain generates 127bhp, down 11bhp on the outgoing model, although torque increases by 3lb ft to 173lb ft. The result is a quoted 0-62mph time that reduces by a second to 9.1sec, although the Swift Sport claims the same 130mph top speed as before.

The mild-hybrid system helps to generate a higher level of torque lower in the rev range, it is claimed. Efficiency increases are promised, and although the 50.1mpg quoted is little different to the outgoing car, that was measured under the older, less realistic NEDC economy test cycle. 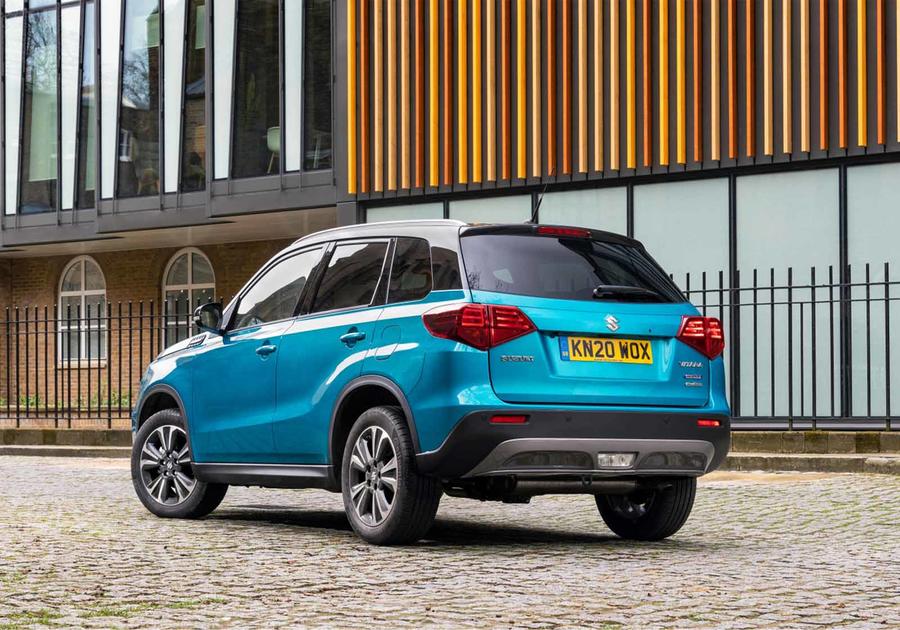 The 48V system brings features such as an integrated starter-generator, which can power components in the car and operate as a starter motor to assist the petrol engine during initial acceleration. It can also idle the engine below 50mph using electric power from the motor.

The system puts out the same power and torque figures as the Swift Sport in the Vitara and S-Cross. The former promises a 0-62mph time of 9.5sec – the same as the non-hybrid – but WLTP-measured fuel economy rises from 43.1mpg to 49.7mpg. CO2 emissions also fall from 146g/km to 128g/km.

A Suzuki spokesman told Autocar earlier this year: “It’s not about out-and-out power any more. We’re trying to make 48V work at a more efficient pace lower down the rev range.

As an owner of a Swift Sport for nearly two years the biggest suprise fot me is the hike in price,to go from under £18k to  £21570 seems a bit steep,also looking at the latest Swift UK line up there's no SZ5 model or automatic or FWD versions either.

I wouldn't put too much emphasis on the maximum power or torque figures - they are just a snap shot at a particular rpm. It would be much more interesting to see power and torque curves for the old and new engines overlaid. It's possible the new engine is actually more powerful and usuable at normal speeds as the electric motor will help at low rpm. In which case it could work very well in the Vitara and S-Cross which were never about high rpm performance - not so sure how it will feel in the Swift Sport but I'll wait for the roadtest to find out. Oh and Suzuki is right, the Swift Sport has never been a hot hatch, it's a warm harm and all the better for it.

0-60 times for Suzuki's are always well off the mark. Check out any review for a Swift Sport or Vitara and they always beat the quoted figure by some measure. Therefore take any improvements with a pinch of salt as they may be down to Suzuki getting a new stop watch