Skoda’s first bespoke electric car, the Enyaq iV, has entered production at the firm's factory in Mladá Boleslav, Czech Republic, ahead of UK deliveries commencing in May. 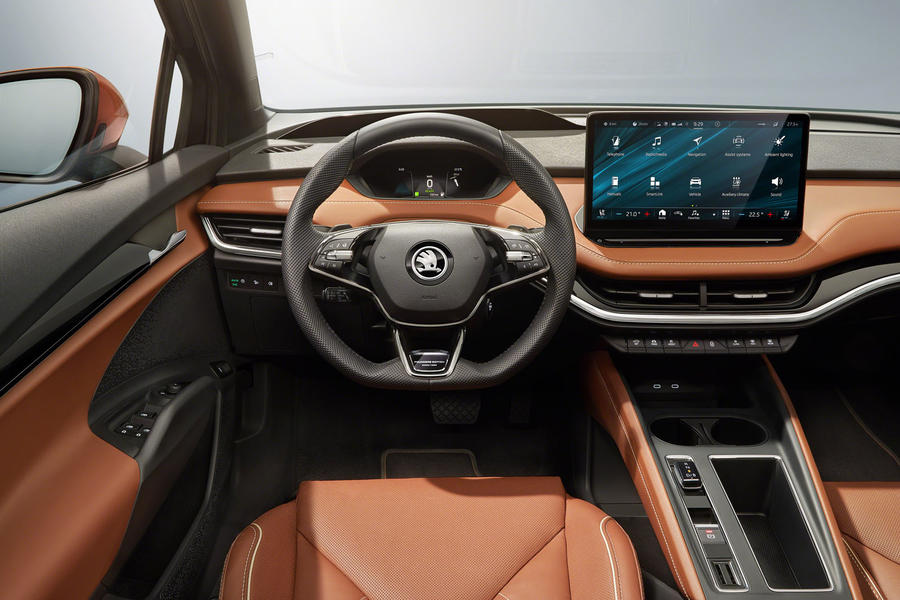 The Enyaq is capable of rapid charging at up to 125kW, resulting in a 10-80% charge taking as little as 38 minutes. However, the maximum rate is 50kW as standard, with 100kW optional on the 62kWh battery and 125kW only optional on the 82kWh battery. Every Enyaq can also charge via a domestic socket or a 7kW wallbox. 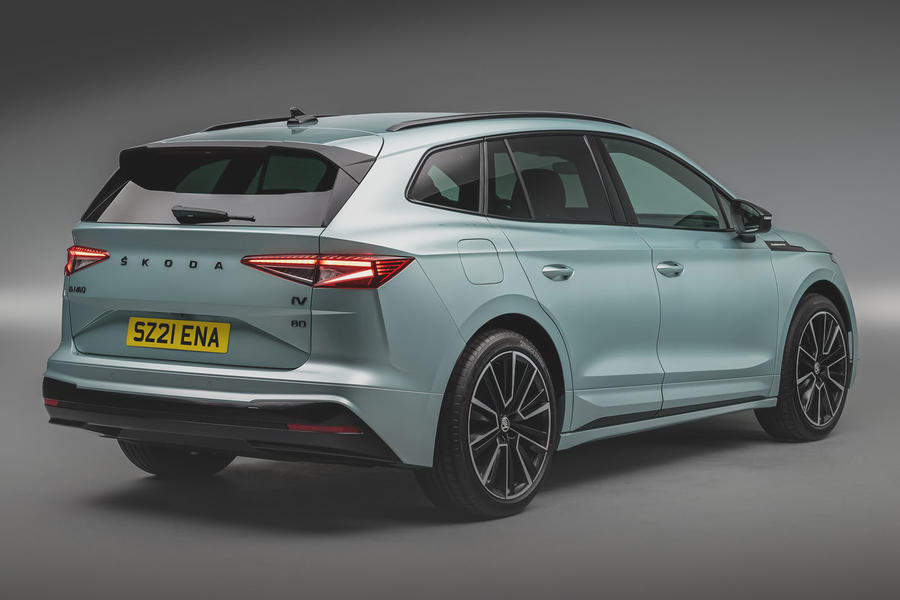 Topping the range is the Founders Edition. Priced at £46,995 (including grant), it receives 125kW charging, 21in alloy wheels, the backlit grille, Matrix LED headlights and a unique black leather interior design pack. Prices for the 80x iV and vRS haven’t yet been revealed.

Log in or register to post comments
ChrisP27 27 November 2020
I have followed the arrival of the Škoda Vision iV/Enyaq over some time and must admit that I do like it,...or is it...did like it? When I showed the Vision iV to the people I work with then there was some real interest...really very attractive car with the prospect of some very interesting tech. Somebody did point out to me though that it would not look the same when it got to production...and it doesn't. It now seems confused somehow...like there was a design team for the front end of the car...and another team for the rear. The front has lost the beauty of the concept car...somebody altered the 'lines', added clumsy black trim and then inserted a illuminating grill that looks to have been designed by a Danish plastic brick company. The rear, to my mind doesn't even really belong on the same car...it is bland in the extreme...and could easily have been 'borrowed' off some Korean people carrier. I do imagine that people will buy the Enyaq, but it could...aesthetically at least, been a whole lot better.
db 26 November 2020

Looks like it has an identity crisis is it a people carier a suv estate or a hatchback as for the light up grill and led interior lights not sure skodas demographic will like it mucking with their cataracts. Can't wait to see the audi version of the light up grill the Asian glitz Market has much to answer for. Perhaps the animated grill could light up taxi for hire.

I agree, in the past, that might have been a good thing, but given the state of the current BMW range, its not anymore..

I think Soda has done really well here, and it will sell like hell. I hear forward orders are already looking good.

I hate all this 'circus trickery' lighting, but then every brand is doing that now....if thats the only thing to make EV's interesting god help us!

BMW have changed their frontal design so much now that they now look like this Skoda - rather than the Skoda looking like a BMW. Good for Skoda though. This looks like a premium  product.

For me it sits too low to be useful (21 inch wheels will create so much tyre roar above the silence of an EV) but smaller wheels are available.

I also detest the now obligatory flat screen TV nailed to the dash. Not exactly integrated, but hey ho, seems the younger generation dont care, and I will never be buying an EV so it is all irrelevant for me.

I wish Skoda would pick more memorable naming conventions....the Yeti was a known word and had charisma. The current SUV range have totally non-memorable names which from my experience confuses the hell out of the buying public (much like Lexus RX/NX/UX). I dont think that is a good thing.

Good work Skoda, I wish you well with this.