BACK TO ALL NEWS
Currently reading: Sketches show sporty Skoda Kamiq GT for China
UP NEXT
New Gordon Murray T33 is practical supercar with 607bhp V12

Skoda has previewed a sporty GT version of the Chinese-market Kamiq compact SUV.

The new China-only model looks to follow in the footsteps of the larger Kodiaq GT, revealed a year ago in Guangzhou, in adopting a sloping coupé-style roofline, flared wheel arches, a subtle rear spoiler and reshaped bumpers.

Skoda has not previewed the car’s interior but says it offers “a blend of rugged SUV looks and sporty dynamics”. The brand has also confirmed that performance-inspired front seats, decorative trim elements and exclusive material choices will be unique to the GT.

The Kamiq GT was previewed earlier this year with the Vision GT concept, which Skoda claimed to be “perfectly tailored to the needs of Chinese customers, with compact proportions, generous space and elegantly dynamic design”.

Styling elements that look to be carried through to production include a bespoke alloy wheel design, chrome front winglets and chunky black lower trim. 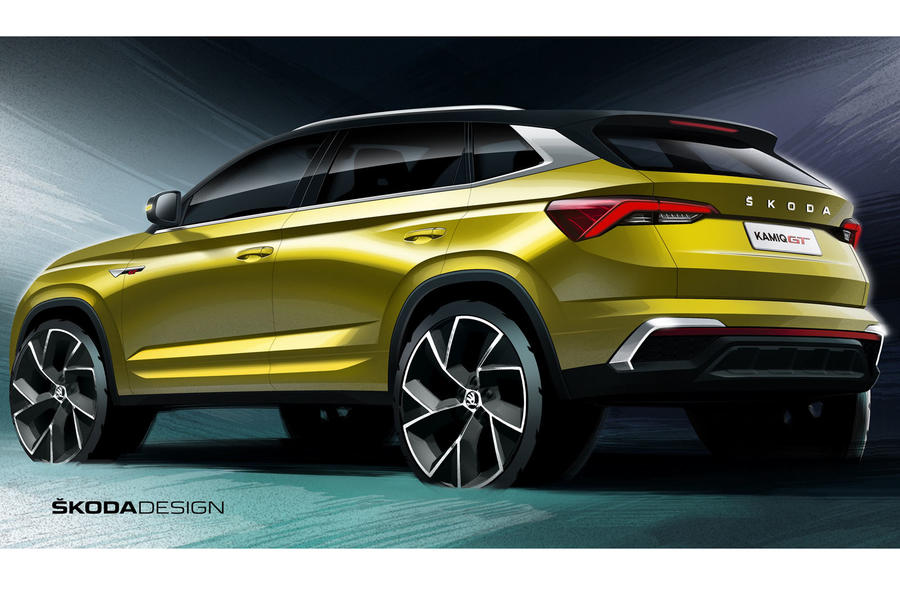 The new model is based on the standard version of the Chinese Kamiq, which is built on Skoda’s older PQ platform and unrelated to the small SUV of the same name sold in Europe.

Powertrain details are unconfirmed, but the 148bhp 1.5-litre four-cylinder petrol unit available on European models is likely to be an option. Expect a seven-speed dual-clutch automatic gearbox to feature as standard.

The Kamiq GT will be the fifth Skoda SUV to go on sale in China, joining the standard Kamiq, Karoq, Kodiaq and Kodiaq GT in dealerships around the country, where the brand has achieved notable sales success since its Chinese launch in 2007.

It is unlikely the model will be sold outside China, but Skoda is understood to be monitoring market response to the new Kodiaq GT to determine its viability for a European or US launch.

Skoda has used its supermini platform to create a practical compact crossover; we test it with the mid-level petrol engine

Skoda will reveal the Kamiq GT on 4 November at an event in Tianjin.

We miss you... so very little.