BACK TO ALL NEWS
Currently reading: Seat range updated with infotainment, safety additions for 2019
UP NEXT
2025 Mercedes A-Class EV to be luxurious EQ entry point

Seat has overhauled its entire UK line-up for 2019 with a range of new infotainment and safety features as standard on some of its most popular models. 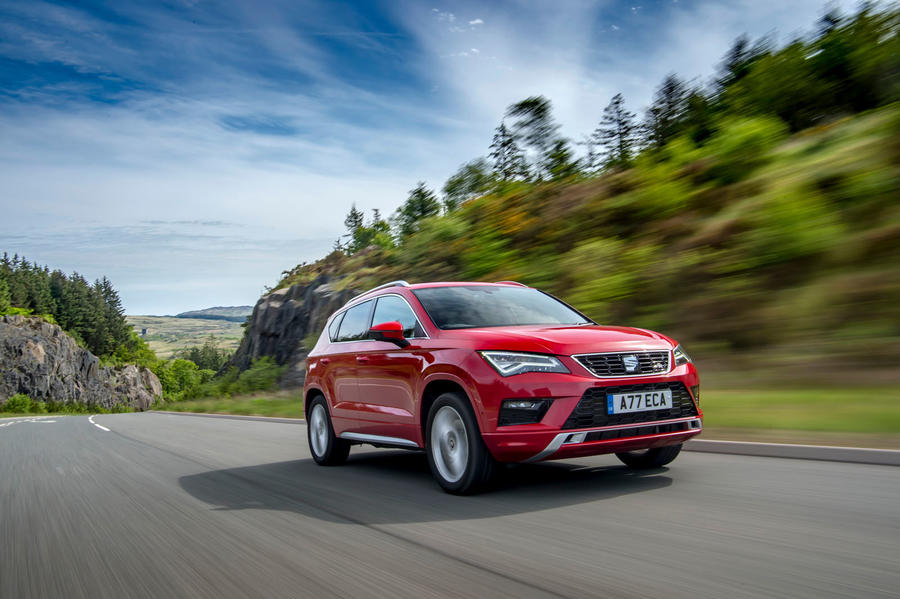 A Sport Black Matt special option pack has been added to the Seat Leon hatchback, ahead of an introduction of an all-new model later this year. It upgrades the exterior with black mirrors and front grille, black interior roof lining, 18in black alloy wheels and seats finished in 'microsuede', as well as the convenience pack as standard. A similar pack for the Leon Estate also adds black roof rails.

The Alhambra MPV sees the biggest update in terms of safety, with traffic sign recognition and blind spot detection now included as standard. A 6.5in navigation system is also now included across all trim levels.

2018 was a bumper year for the brand, which posted the best annual results in its history. Seat is aiming to continue that trend with the introduction of the Mii Electric city car in early 2020, then follow it up with the MEB-based El Born bespoke EV.