BACK TO ALL NEWS
Currently reading: Rolls-Royce bespoke Sweptail takes to Goodwood hillclimb
UP NEXT
Sorry, wrong number: the forgotten problem of car clocking

The Rolls-Royce Sweptail has made its dynamic debut at the Goodwood Festival of Speed.

The highly personalised two-seater, which has been built on the aluminium spaceframe architecture of the Phantom VII Coupe, was commissioned by an unnamed Rolls-Royce customer and unveiled at the Concorso d’Eleganza historic car show, held at Villa d’Esta on Lake Como, Italy, during the spring.

The British marque has hinted that its one-off, bespoke commission could lead to more personalised creations in future.

Opinion: why outlandish one-off Sweptail could show the future of Rolls-Royce

The exterior styling has been crafted with design cues to both vintage Rolls-Royce machines and luxury yachts. The Sweptail name refers to the swept-tail design of 1930s Rolls-Royce motors.

The launch of the Rolls-Royce Phantom: bidding farewell to a luxury legend

While Sweptail is a one-off design, it harks back to Rolls-Royce’s ‘coachbuild’ past – when it made bespoke luxury cars off a base platform – and could be followed by more unique creations.

Torsten Müller-Otvös, the CEO of Rolls-Royce, said: “Sweptail is proof that Rolls-Royce is at the pinnacle of coachbuilding. We are listening carefully to our most special customers and assessing their interest in investing in similar, completely exclusive coachbuilt masterpieces.

“At the same time we are looking into the resources which will allow us to offer this unique service to these discerning patrons of luxury.”

How Rolls-Royce Sweptail was designed

Rolls-Royce was approached by one of its regular customers, described as a “connoisseur and collector of distinctive one-off items including super-yachts and private aircraft”, in 2013 about building a one-off luxury car. 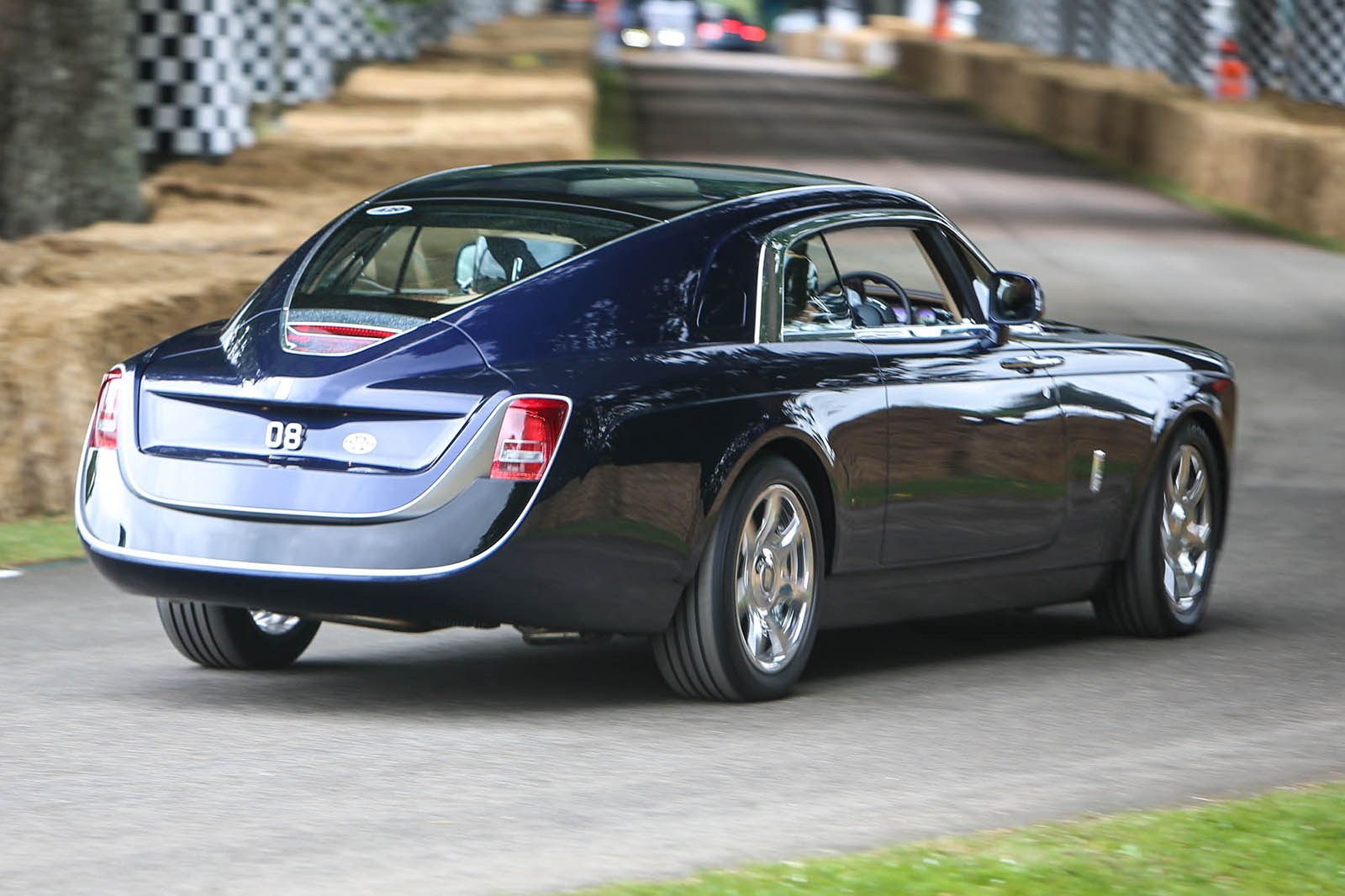 That customer worked directly with the firm’s design department, which is led by Giles Taylor, the brand’s director of design.

“Sweptail is the automotive equivalent of Haute Couture,” said Taylor. “It is a Rolls-Royce designed and hand-tailored to fit a specific customer.”

Three things that only Rolls-Royce owners do

Müller-Otvös said that aside from working with the customer to ensure Sweptail retained the feel of a Rolls-Royce while also being a one-off, the only real restrictions came from Europan road safety rules. He explained: "We had some moments which came to certain design lines which might have interfered with, say, how airbags were deployed. Then you are crossing lines which means you fail to comply with legal requirements. 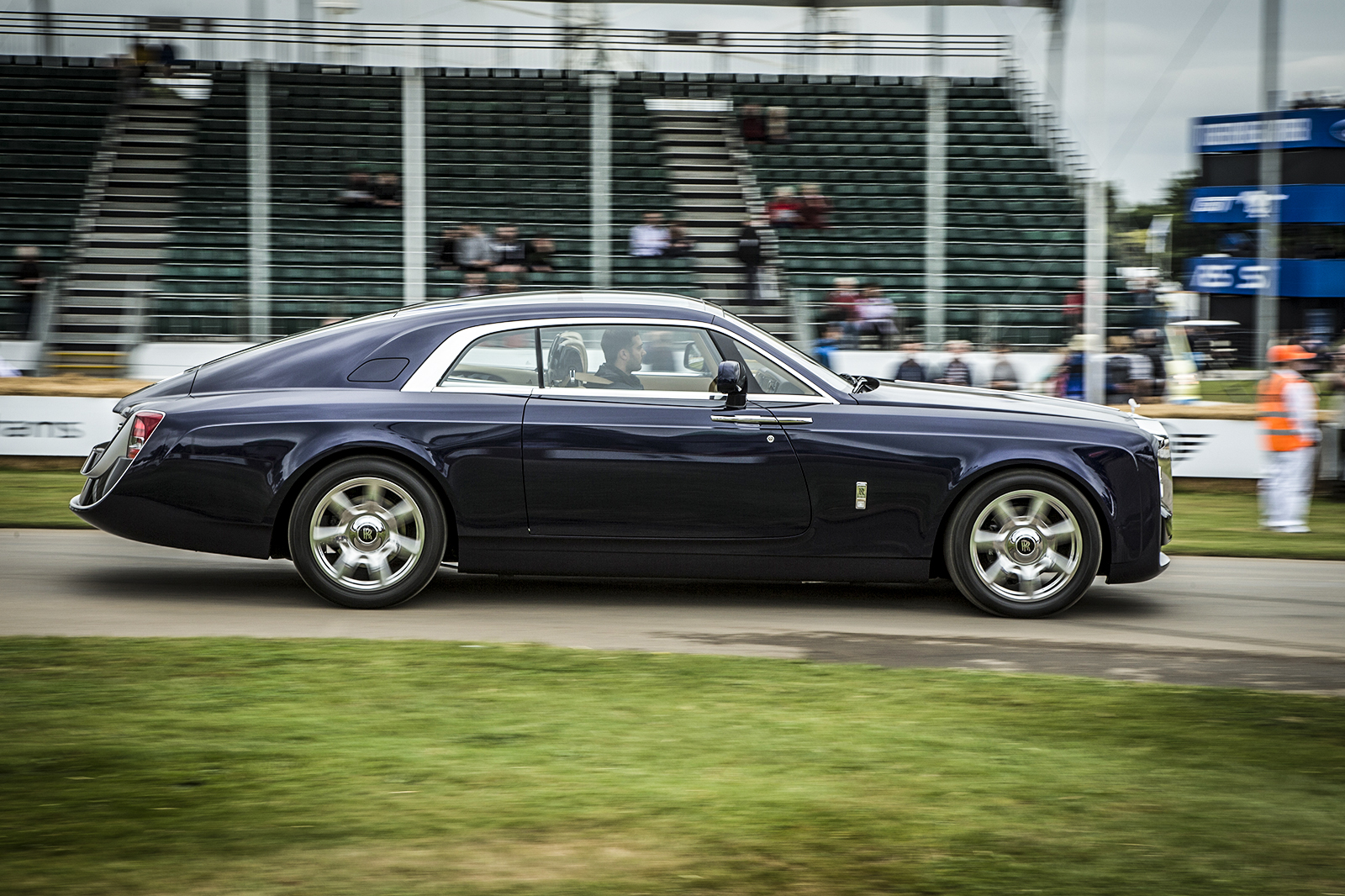 "We knew this car needed homologation for European markets, because he wants to drive the car here, so there are certain boundaries that you cannot cross. But he was fully understanding of that. We had points when he wanted to stretch us in certain directions and we had to say ‘no, that’s not possible.’"

The front of Sweptail features the traditional Rolls-Royce front grille, although it is the largest version ever constructed. The grille is milled from solid aluminium and polished by hand to a mirror finish.

The rear of the car is tapered with a raked stern, a design nod intended to evoke racing yachts. The rear brake light is housed in a ‘bullet-tip’.

At the side, the bodywork has been designed to wrap under the car with no visible boundary, which is designed to mimic the hull of a yacht.

The most notable exterior feature is the large panoramic glass roof, which Rolls-Royce says is one of the largest and most complex ever produced for a car.

Discussing how the design developed, Taylor told Autocar: "We discussed what we could do with the customer, how the collaboration would work. We talked about the fact it would be based on the Phantom Coupe, would have two seats and he wanted a glass roof, and finally he wanted the fast-back gesture. We took it from there. The final execution grew into a vision we jointly conceived.

"It’s a Rolls-Royce, that’s the key thing from my point of view. We delivered a unique and extraordinary one-off car, but it had to be a Rolls-Royce. It had to conjure the magic of the heritage."

Inside the Rolls-Royce Sweptail 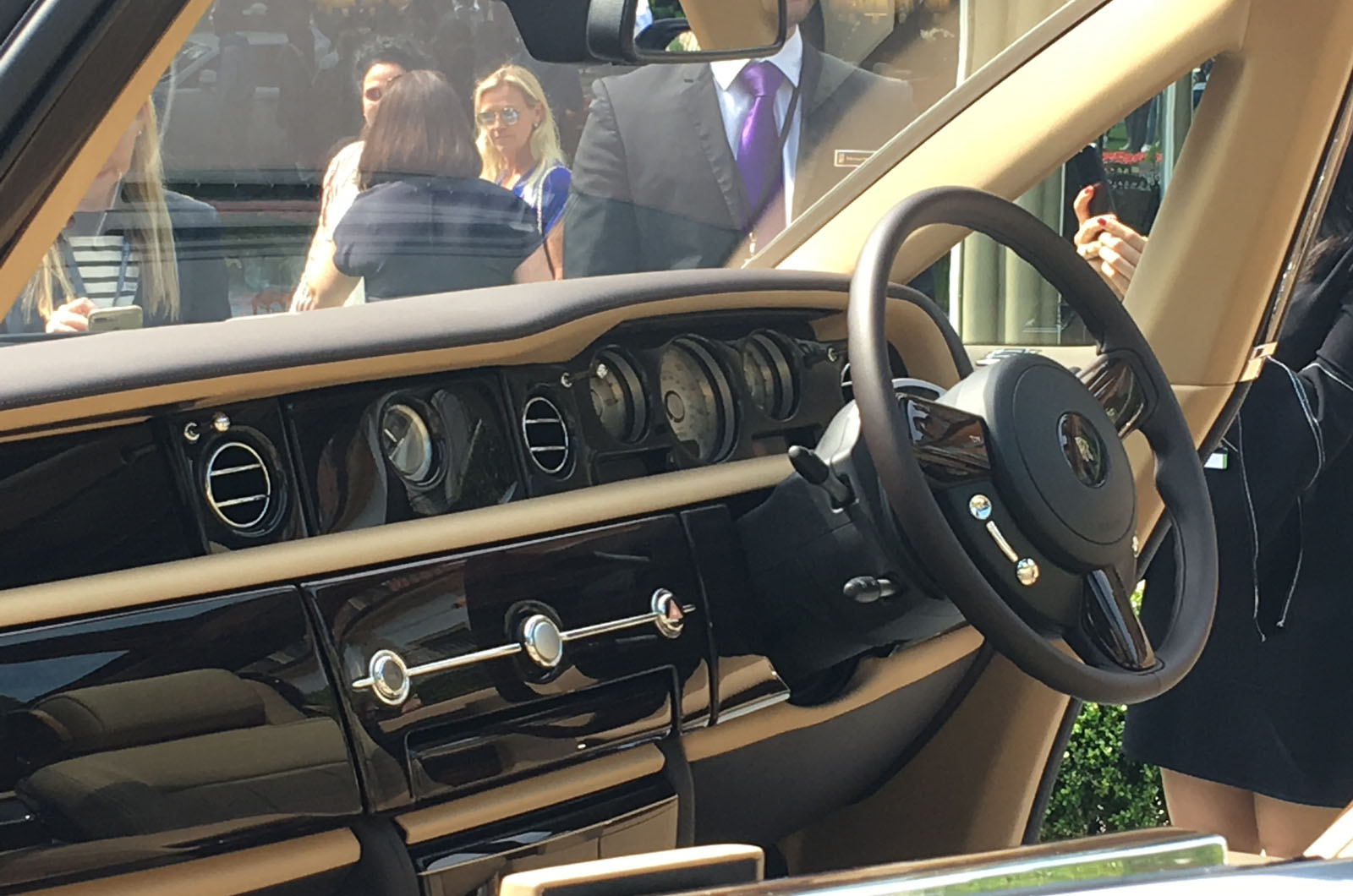 The interior is Sweptail was designed to be clean and minimalist. The customer chose a two-seater, according to Rolls-Royce, to exude “the romance of travel for its own sake”, and place the car “in the grand pantheon of the world’s great intercontinental tourers.”

Rolls-Royce has kept controls to a minimum on the dashboard, with only control on the dashboard. The clock is embedded into the fascia, with the hour marks for that, along with the faces, numbers and hands on the instrument dials, machined from titanium.

Much of the interior trim is crafted from Macassar Ebony and Paldao wood, with Moccassin and Dark Spice leather trim on the seats, armrests and dashboard top.

In place of the rear seats is a vast expanse of wood that has been crafted into a mid-shelf with an illuminated glass lip. There is also a hat shelf, which sits under the rear opening backlight.

Hidden features of the Rolls-Royce Sweptail

Not all of the custom design touches of Sweptail are visible.

Concealed on either side of the car are two identical panniers, which house bespoke-made attaché leather-wrapped carbon-fibre cases (sized to exactly house the owner’s laptop).

Those cases match a luggage set produced by Rolls-Royce Bespoke, which fits in the car’s wood-clad trunk.

Perhaps the most outlandish feature of Sweptail is concealed in the centre console: a mechanism that reveals a bottle of champagne along with two crystal flutes. The sytem is designed to deploy the bottle – which is the client’s favourite vintage, the year of his birth – to the “perfect position” for him to pick up.

Rolls-Royce Vision Next 100 concept previews the future of luxury

It is a mess. RR cannot be

It is a mess. RR cannot be proud of how this thing looks. I have no doubt that a lot of work has gone into it and the owner may love it. It must have the boot space of a pick-up as it's only got 2 seats. And why do you need champagne 'on tap' ? Does the driver drink and drive ? I think that this is one of the most ugly cars I have ever seen. I wonder what it will fetch on ebay when the owner decides to sell.
Andy1960 29 June 2017

You ain't go no alibi

You ain't got no alibi, you ugly, you ugly

The thing to bear in mind is

No matter how much or how little it may have cost, this car is fucking horrible.
View all comments (28)