BACK TO ALL NEWS
Currently reading: Road test rewind: Vauxhall VXR8
UP NEXT
Hope for Bloodhound LSR project as sponsor talks start again

Production ended last October for arguably Australia’s greatest automotive export, the Holden Commodore – and with that end, one of the UK car market’s strangest and most enriching seams of import supply has forever dried up. Vauxhall’s lurid, unreconstructed, antediluvian, V8-powered, infamous Aussie-built Anglophile – the VXR8 – is no more.

But before it stopped, Vauxhall put in one last order with HSV for just 15 examples of a special-edition VXR8: the GTS-R. It comes with a dab more power than the GTS we tested in 2014, as well as various other mechanical tweaks, styling modifications and cabin upgrades.

Running the same LSA-family Chevrolet ‘small-block’ V8 as the Camaro ZL1 (remapped and fitted with a new air filter compared with the one in the regular VXR8 GTS), the GTS-R has 587bhp on which to struggle by. And although that’s more than any VXR8 or indeed Vauxhall has ever had before, it does leave the car shy of the headline power output of cars of its ilk from Mercedes-AMG, Audi Sport and BMW M by a clearly present margin, however narrow. 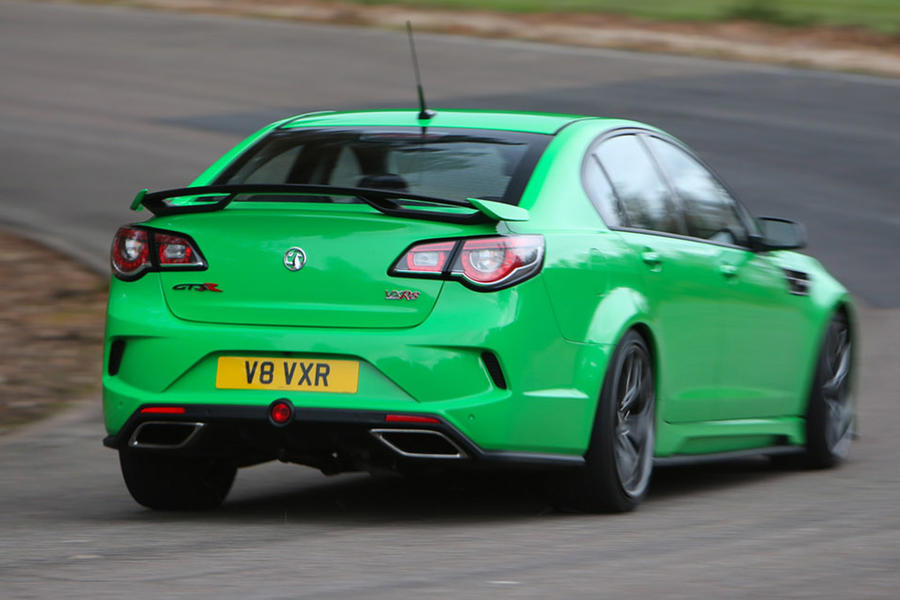 The GTS-R’s dying-breed status is detectable in the weight and tactile feel of almost every one of its controls; in every delicious crack and flaw of its bleeding heart, blood and thunder motive character; and in so much of the wonderfully idiosyncratic way that it goes about flinging its 1.9 tonnes at the horizon when you really stretch its legs.

In an era of 4WD, paddle-shift-equipped performance saloons crammed to the roof with advanced chassis technology intended to make ever increasing speeds ever more easy to achieve, the GTS-R asks you simply to clock on and play your part before returning on your investment incredibly vividly.

Equally, when it comes to offering habitable handling margins, and really entertaining its driver with its supremely well-balanced and singularly benign cornering manners, there probably isn’t another performance four-door in the world this good. On the road, there are more agile and immediate-feeling rivals and, at times, more composed ones, but the brilliance of this wonderful driver’s car is that it would make many of them seem soulless, flat and unexciting in a broader sense.

The last all-Aussie VXR8 is the most powerful yet. But is it the best? 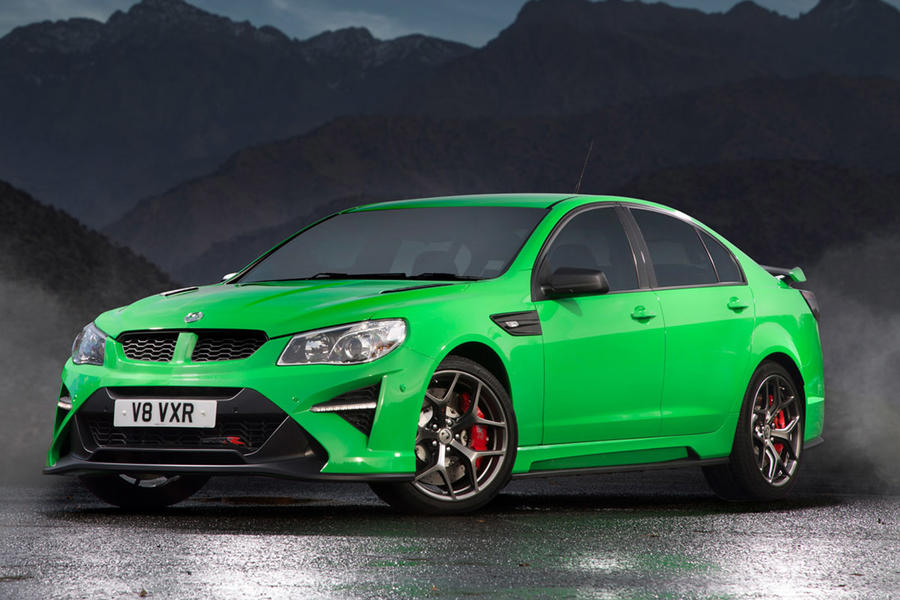 Compared with some fast executive saloons in 2018, the GTS-R may be a little short on traction, firepower, driveline sophistication and outright off-the-line performance. But it utterly wins you over with the authenticity, tactility and physicality of its supremely analogue driving experience. It’ll be sorely missed.

Quite apart from the fact that big-capacity super-saloons as a breed may not be with us for too much longer, there’s certainly a sense that the world of fast cars has become a more homogenised place in the past 20 years. Which is why I’m glad to have sampled the totally extroverted VXR8 in any form at all, let alone for the first – and in all probability the last – time behind the wheel of the Spitfire Green GTS-R run-out special that went under the road-test miscroscope. 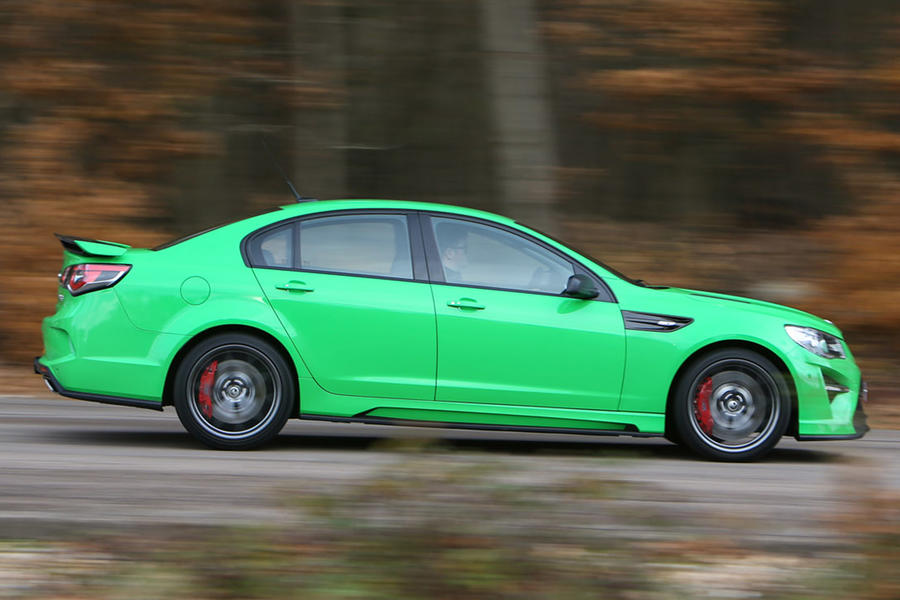 There are obvious reasons why you might buy an AMG or M car for this sort of money but what I wasn’t prepared for on frigid Midlands roads in January was just how effortless the VXR8 was. These cars play to the crowd with their bully-boy vibes but the truth is that they’re super-friendly and have an easy-going adjustability matched with the stability you get from relaxed steering and a long wheelbase. Grip? You don’t get much, admittedly, but I think endless grip has diminished the appeal of super-saloons over the years, which is one of the reasons why the relaxed E39-generation BMW M5 is regarded as the best of its line. The VXR8 is the same, even down to its plush ride and comfy seats. Bonzer.

The big Holden is wonderful.

The big Holden is wonderful. And while it might be dead, and part of a dying breed, the soon to be released CT5 Blackwing should also have a supercharged 6.2V8, 2 wheel drive, and i understand a manual box. If only GM would give it RHD too and bring it here.

After years of searching, and I've still never seen a VE-Based HSV Maloo for sale in the UK. Plenty of affordable imported VE R8 sedans, but never a VE Maloo to be seen. Such a shame.
typos1 9 July 2020

WTF coudlnt they sstretch to

WTF coudlnt they sstretch to Vauxhall badge for the steering wheel and a Vauxhall branded welcome screen for the sat nav ??