For such a small car, the Celerio has already had a disproportionately large amount of coverage in this magazine. The car might well have justified it all by virtue of being new, interesting, practical and well priced – and we’ve come to expect nothing less from Suzuki.

And yet the car also had a UK launch marked by controversy because six weeks ago during our own initial road test performance benchmarking session, it failed a routine emergency braking test after the pedal collapsed. In fact, two cars did so in fairly quick succession.

Suzuki has now recommissioned the part at fault and retro-fitted it to affected cars. It’s a clear example of a safety-critical defect being flushed out by what we believe to be the most thorough assessment of a new car carried out anywhere in the world. Now we run the ruler over the final, rectified, car.

The Celerio will sell on its above-average size and practicality. It’s longer and taller than almost every competitor and offers five seatbelts in a class where that’s a rarity. The body and suspension (class-typical struts up front and a beam axle at the rear) have both been designed to maximise interior space. There are only two trim grades and the sole engine option is a 1.0-litre three-cylinder petrol with a fairly meagre-sounding but competitive 67bhp and 66lb ft. 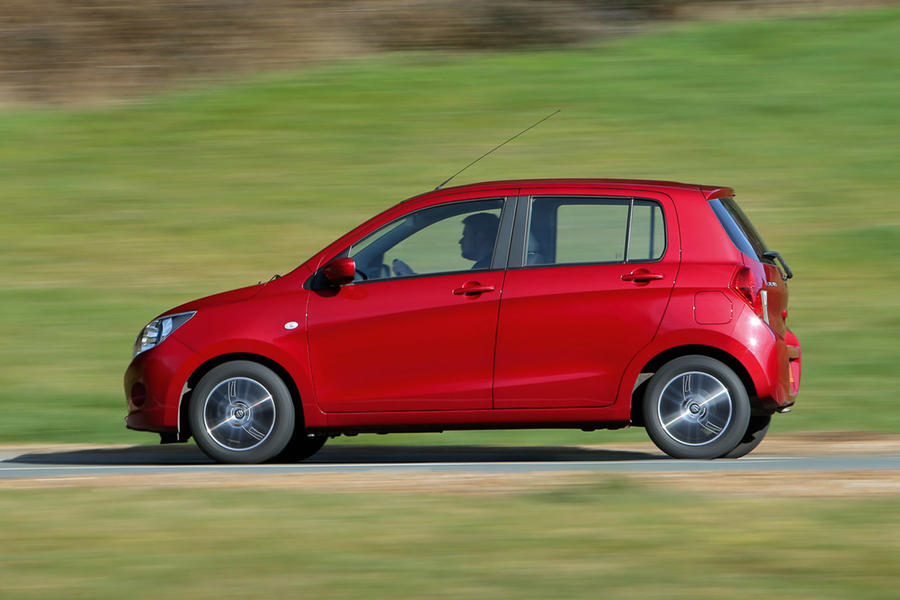 The interior is made of well-ordered but cut-rate plastics, for a hard-boiled durability you’d expect from a toddler’s play set. Handsomeness of the sort striven for by European designers appears a peripheral concern. Head room is pretty plentiful in either row, but that middle-seat rear belt must be more for show than use, because getting three of any sort of passengers in the back would be very unlikely.

That the car stops just fine is – now – the most important thing to know about its on-road performance. Its powers of acceleration are probably marginally less striking although, given the market it’s in, this isn’t a big criticism. The engine does indeed feel meek but it’s fairly willing and responsive, as well as quiet and smooth enough at cruising loads, being sensibly geared for longer trips.

Ride and handling are both quietly commendable by class standards. Suppleness and gentle control characterise the high-speed ride (although it’s a touch firm around town) and while the car’s handling and steering are a little less incisive and intuitive than we’d like, straight-line stability at speed is good. 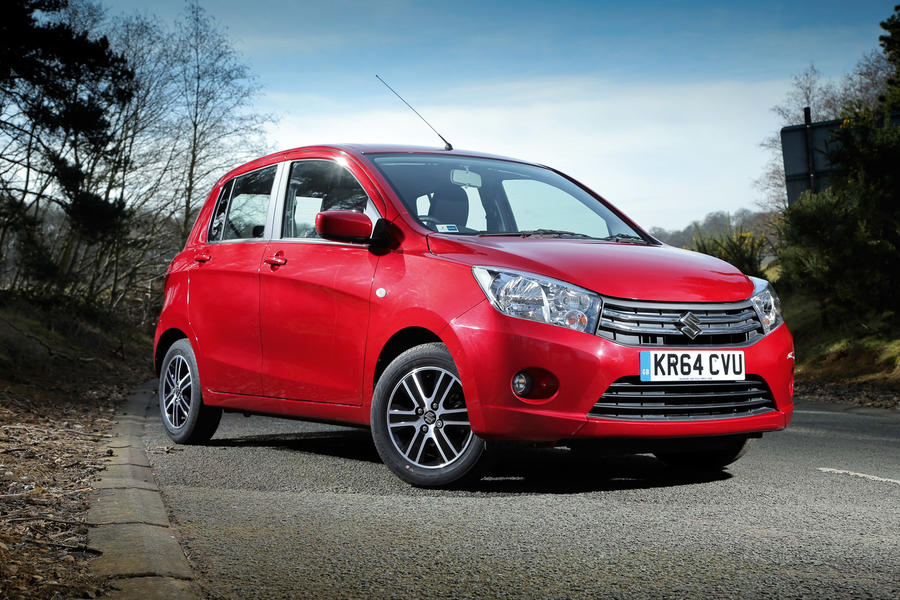 Does Suzuki's new compact runabout have what it takes to succeed, or do established city cars like the VW Up and Hyundai i10 offer a more complete package?

The pity of the Celerio’s earlier braking troubles is that we knew this was otherwise a decent car. It’s pleasing to drive, cheap, frugal and fairly practical. One or two rivals are classier, more joyful and more rounded, but for those with sufficiently simple and rational requirements, this car should fit the bill nicely.

What happened when the brake pedal failed - Matt Saunders

Well, I didn’t break it. I was, however, sitting next to the road tester who did when the infamous Celerio brake-pedal collapse occurred in 2015.

As I recall, I’d had to be quite stern with trainee road tester Lewis Kingston to get him to hit the pedal hard enough in the first place. Lewis is blessed with more natural mechanical sympathy than I am, I dare say. Even so, with modern assisted braking, it’s important to effectively stress-test the system as part of the road test procedure; because even hydraulic brake assist systems only work to their best with lots of pedal pressure applied.

“Now stamp on the pedal,” I told him; and yet, after the briefest of dips of the nose and a barely audible snap of the linkage, all we did was coast down from 80mph. There’s no more accelerative feeling in the world than the one you get when the brake pedal in your car goes to the floor – and absolutely nothing else happens.

All Lewis said was “ah”. If the end of the proving ground’s mile straight had been coming up more quickly, his reaction might have been more colourful. As it was, he dealt with the situation as calmly as if he’d been allowing margin for it all along, and all was fine. What a gent.

Suzuki Jimny to stay on sale in UK for 2020, future in doubt

I had  a Celerio as a loan car when my Swift Sport was in for it's first service,I thoroughly enjoyed driving it around Taunton and the rural roads around the town. No there isn't much power and no the interior isn't that great, but driving the Celerio is raw back to basics motoring and it's great fun. reminded me of my old Citroen AX but much more solidly screwed together. Rather a pity that Suzuki UK has decided not to import the car into Blighty as the Celerio makes an excellent entry point to the marque.